Twisting Around Each Other

I noted in my review of Series 5 that I really love the Matt Smith era of Doctor Who. There's so much of it that works so well, and some of it is subtle. In all kinds of ways it feels like the show gets an upgrade when Matt Smith arrives on the scene and Stephen Moffat takes over from Russel T. Davies, and it's just in the way that the stories evolve (although that is a factor, too). The show just feels more professional all around during this era. 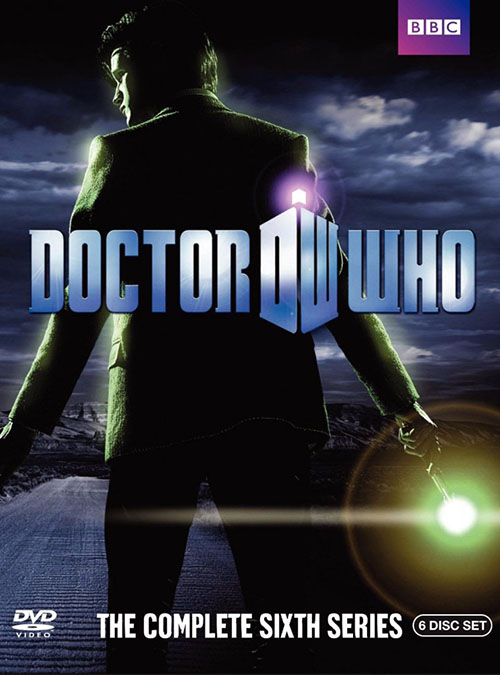 Some of that, naturally, is the benefit of the show filming in HD. When the show relaunched in 2005 it was filmed in Standard Definition as, at the time, most people had 4x3 CRT TVs still. It wasn't until the second David Tennant special, "Planet of the Dead", that the show began filming in HD, and even then the production quality of the series still matched that of its SD days. It was still kind of cheap looking, with that goofy quality that was such a part of Doctor Who for so long. Those little roots are still present in the Matt Smith era, although the show began shrugging it off during Series 5. By Series 6, the quality of the filming got so much better it's like night and day between Series 6 and the first episodes of Series 1. They're practically two different shows.

You can see this upgrade in quality in the first episodes of the season, "The Impossible Astronaut" and "Day of the Moon", the first episodes for the show ever filmed in the U.S. (The Movie, meanwhile, was filmed in Canada despite it's "San Francisco" setting). There's a quality bump here, in terms of the looks of the locations, the special effects, the practical effects (especially on the villains of those episodes, who also are the villains of the season, the Silence), and cinematography. You get it from the early shots as the camera swoops in from a high crane (or maybe helicopter) shot, and the style of the episode never lets up. This is Doctor Who designed for the HD era.

Of course, much of this comes from Sherlock, another show created by Moffat (with writing partner Mark Gattis) and which was also designed to look and feel "HD", so Moffat clearly knew what he was doing there. This is a season of the show that feels lush, that revels in what the show can do with a bump in quality, and it tries to apply that quality all around. It often succeeds, and the episodes really do feel so much better than anything we had even during the grand David Tennant era. Other times it doesn't quite succeed and the special effects, for a TV budget (even one as expensive as Doctor Who was becoming), didn't quite rise to the occasion (the Cybermen effects during "Closing Time", for example, feel especially cheap).

While I love the bump in quality for the look of the show, I don't feel like this season is quite as good as Series 5, and much of that comes from the specific puzzle box that Moffat setup for himself this year. The show runner was clearly in love with the character he created, River Song, and where she was just a bit of seasoning he tossed in with Series 5 (and the double-episode he wrote during the David Tennant era, "The Silence in the Library", that launched the character), she becomes a major part of the plotting here. This series is all about River, who she is, where she came from, and her specific connection to the season. Even in episodes that aren't in any way about her at all, the series tries to make you think its all about her (such as in the TARDIS-related episode "The Doctor's Wife"). 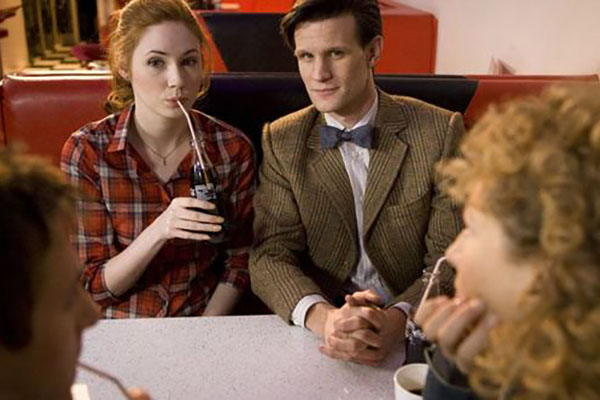 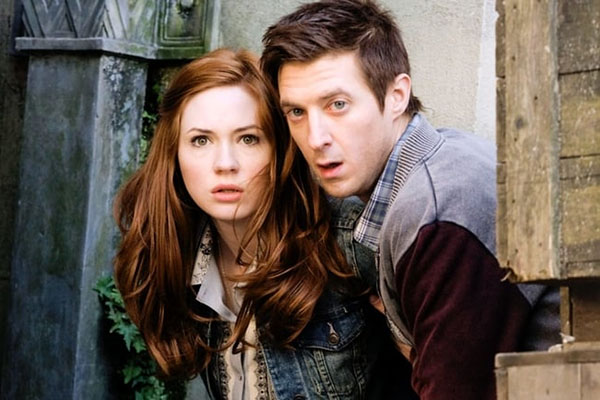 The focus on River, and the eventual twist about who she really is (which, as this was less than ten years ago at the time of this article's writing, I won't spoil that), is a double-edged sword for the show. Most fans had already assumed she was some kind of lover for the Doctor, likely his wife, and the show never disabused anyone of the thought. All of that, and more, ended up being the case, and it was nice to have some confirmation of that, but at the same time the show played so coy with it ("spoilers!"), making such a big deal out of all of it, that the eventual reveal of everything, the resolution of the twists and turns, felt like something of a let down.

Worse, because of the way the storylines for River and the Doctor were setup -- each of them bouncing around the other's timeline -- it never really felt like their love story was properly fleshed out. She came into the show in love with him so he had to learn what he liked about her but the actual love was thrust, pre-made, upon him. Then, at some point, he has affection for her (I dunno if Smith ever really acted truly in love with her, more intrigued with just a hint of flirting) and when he finally meets her at her earliest point where she could start to love him, his affection is thrust upon her. It creates this weird closed loop of a love story with both of them essentially having to love the other without the feelings ever being truly genuine. It's... weird.

This also ends up drawing some of the focus away from Amy and Rory, the actual companions of this season. Yes, they are tied up in the River storyline (and not just because they're along for the ride), but every time River shows up Amy and Rory feels drastically less consequential, like all the air is being sucked out of their story. Some of that is likely because they got married at the end of Series 5 and the show didn't want to risk really killing either of them off -- they were destined for some kind of happy ending eventually -- but it also meant that there really wasn't much father they could go with their own character growth. They'd hit the end of their line and then spent another season and a half (as they're companions for half of Series 7 as well) just being a happy, married couple.

Despite these flaws, the season is very watchable. There are bumps in the road, sure -- the first episode of the season, the Christmas Special from that year, is a tedious bit of whimsy titled "A Christmas Carol", while the two=part living plastic episodes, "The Rebel Flesh" and "The Almost People", do have some ties to the last stories for the season but the episodes themselves aren't that great -- but overall the quality of the series is fairly strong. There's still so much to like about this season, from the performances of Smith, Gillan, and Darvill, the three of them firing on all cylinders, to a number of episodes that really show the prowess of the writing team. And, yes, the look and feel of the season really does befit the HD filming for the series. 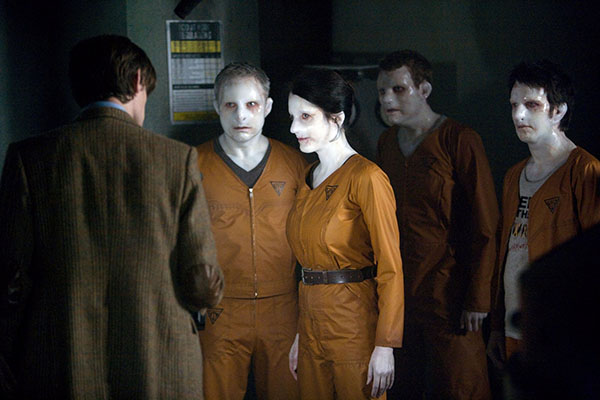 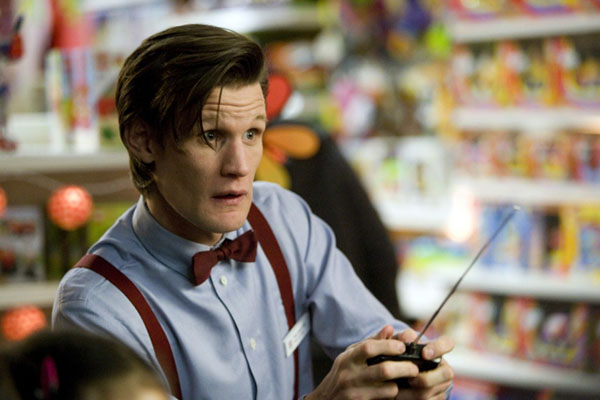 I don't like this series as much as Series 5 but it is still a close second. Having these three actor hanging out and having great, well-written episodes for a full season if good fun, and so many of the episodes have great character moments and hilarious lines. A number of the episodes, like "the Doctor's Wife" and "The Girl Who Waited", show the series playing with the very concepts of the show in interesting new ways and really push what Doctor Who could be and could do. I love that kind of writing and this season has a ton of great moments like that.

I do wish the puzzle box was a little more focused this time around, and that the overall story didn't try to build up so much that then ends in so little. That is the danger of puzzle box writing, and it's why there are so many more failures (like Lost and Battlestar Gallactica) than hits based on that formula. At a certain point the puzzles get too complex, too many things get thrown in, and the show stumbles because of it. The stumble here isn't that bad, and even a weaker plot line for Doctor Who can still be fun. It just keeps this series back from true greatness, making it slightly less great than the series that came right before.

The Best Episode of Series 6

As noted above, I think that "The Doctor's Wife" and "The Girl Who Waited" are two of the best episodes this season, each for different reasons. "The Girl Who Waited" creates a really interesting timey-wimey problem, Amy and her boys are stuck in two different timelines on a planet, separated from each other, and then digs deep to find the pathos of the whole ordeal. However, it's with "The Doctor's Wife" that the show really pushes the boundaries of its own storytelling. This is an episode that manages to be whimsical, dark, scary, and action-packed all in about an hour, and it does it while finally giving a voice, and a body, to the TARDIS herself. It's hard to look at the TARDIS the same way after this episode.

The Worst Episode of Series 6

Easily, hands down, it's "A Christmas Carol". The show has been obsessed with doing Christmas episodes for at least as long as it's been around since the relaunch (I'd have to go back to the old episodes to see just how many holiday episodes the classic run did as well), and sometimes the show stumbles in the saccharine feelings of the season. This episode has that saccharine quality and turns it way the hell up, doing a riff on Dickens's classic tale that feels all too expected, and all too boring in the process. I legit fall asleep during this episode now and that's a rare occurrence for Doctor Who. This episode is a cure for insomnia.