When Doctor Who went off the air in 1989 it left a lot of fans sad and angry (including, as the story goes, Queen Elizabeth II). Soon after that decision was made there were some in the BBC who immediately wanted to bring the series back but that took a lot of work and effort to actually make it happen. Two different attempts eventually were released, although only one came to fruition: the 2005 relaunch that first featured Christopher Eccleston in the title role. But before that was the 1996 TV movie featuring the first (and for a long time only) appearance of Paul McGann's Eighth Doctor. 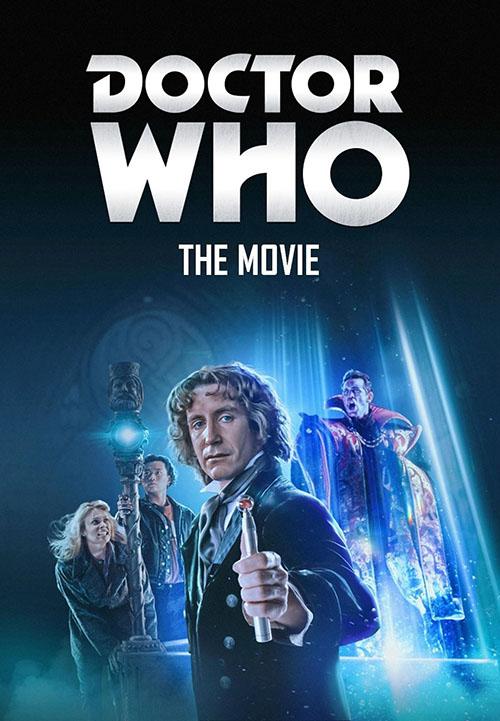 A co-production between BBC Worldwide and Universal Pictures (and then broadcast on FOX), the movie was intended as a pilot episode for a relaunch of the series on American televisions. Despite this the series wasn't a true reboot; it did play fast and loose with some details that never showed up again (like the fact that the Doctor is half human on his mother's side) but in general it paid tribute to all the continuity that came before. It even featured the last appearance of Sylvester McCoy as the Seventh Doctor, giving him the exit from the series he'd been denied by the show's cancellation all while setting up a new Doctor to take over the role.

Of course, none of the later Eighth Doctor adventure actually happened (not on TV anyway). Although the movie was quite successful in Britain, where the Doctor was already a household name even if he hadn't had a new adventure in seven years, his first foray on American televisions was drastically less successful (something of a dud would be an apt way to describe it). Thus, after a single movie Universal and the Beeb walked away from the deal and the Eighth Doctor receded into history (not getting a proper send off until the big, 50th anniversary celebration when McGann finally returned to the live-action role to film a short for his character).

Thing is, I don't actually think this movie was all that bad. I will not deny there's maybe a little bit of rose-colored glasses in effect as McGann's Eighth Doctor was the first Doc I ever watched. The saying is, of course, that "you never forget your first Doctor" and I think that holds true for just about everyone. Most people I know started watching Doctor Who either during the Eccleston or Tennant eras and, thus, the Ninth or Tenth is their favorite. Each Doctor brings their own fans into the show, their energy being a major draw for a group of new people seeing the series for the first time. McGann did that for the few of us that watched this movie back when it came out and, dang it, his character stuck.

Taking those glasses off, I will admit that his story is a little goofy and weird... but then, aren't most Doctor Who stories? The movie tries to slide new viewers into the whole mythology of the series but it was probably a hard sell for new audiences unfamiliar with Doctor Who. The Master and the TARDIS and regenerations and the end of the world on top of time travel and space and everything else, all on a cheap TV budget with wonky special effects? That's absolutely a lot for audiences to take in and accepts. I was sad the film didn't launch a series but, at the same time, can you really blame audiences for not showing up? This was a weird sell in 1996. 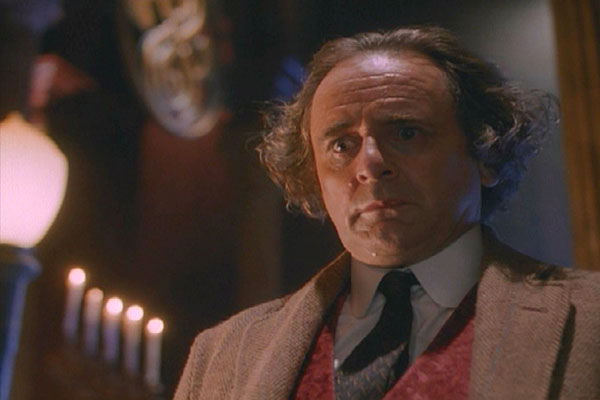 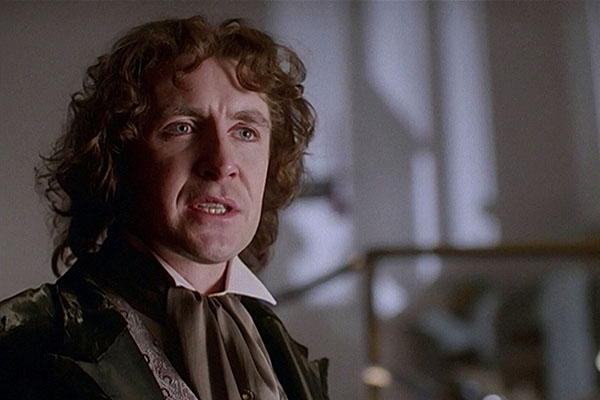 The adventure itself is a lot of fun, even if it does take a fair bit of time to get going. The movie opens with narration (not really the best foot to put first) explaining that the Master was tried at Skaro and found to be a murderous traitor (and when the Daleks say that about you, you know it's bad). They kill the evil Time Lord, and that was his thirteenth life meaning, at that point, he was well and truly dead. The Master had but one last request: for the Doctor to be the one to take his remains back to Galifrey for burial, a request the Doctor (McCoy at this point) hesitantly agrees to. En route to their home-world, though, the Master's essence breaks free of its box and attacks the TARDIS's control panel forcing an emergency landing in San Francisco right at 1999 during the turning of the Millennium (and everyone that wants to be pedantic can argue about how 1999 isn't really the turn of the Millennium).

Exiting the TARDIS to see what's wrong, McCoy's Seventh Doctor gets caught up in an Asian gang fight in Chinatown and is shot (quite a shocking turn for the series, honestly). He's rushed to the hospital but, unfortunately, dies on the table when his surgeon, Dr. Grace Holloway (Daphne Ashbrook), tries to "save" him by "correcting what's wrong" with his heart (not realizing that, as a Time Lord, he had two hearts). The Seventh Doctor dies, but while in the morgue he regenerates into McGann's Eighth Doctor. Meanwhile, the Master's essence found his own host, a paramedic (played by Eric Roberts). While the Doctor tries to heal and regain his memories (the anesthetic playing hell with his regeneration process), the Master looks for a way to gain control of the TARDIS and steal the Doctor's body, gaining new life for himself. It's a war between two Time Lords with the fate of the Earth caught in the balance.

Despite the show throwing a lot at viewers -- again, it honors and respects the previous thirty years of accumulated continuity and, for many new viewers, throws them right into the deep end -- credit is due to McGann's performance. He's able to sell everything about the character in his first appearance in the role, handling the timey-wimey parts of the Doctor with aplomb. I've talked about this Doctor with many other fans of the show and there's general agreement that McGann nailed being the Doctor on his first go, something that it generally took other actors some time to do as they shook off the performances of their predecessors and found a way to make the role their own.

I also like the dynamic the Doctor had with his companion here, Grace. Although it's likely that she wouldn't have been a permanent companion had the show gone past this one movie (she purposefully doesn't board the TARDIS at the end of the episode despite an invitation from the Doctor), she does have a solid dynamic here, equal parts skeptic and then believer as the episode carried along. Interestingly the Master also got something of a companion here in Yee Jee Tso's Chang Lee, one of the Asian hoodlums who ends up stealing the Doctor's stuff after getting him to the hospital. Lee honestly has more of an arc here that Grace, going from jerk to reformed good dude, and he could frankly be considered another of the Doctor's companions as, in the end, he helps the Doctor more than he assists the Master, even befriending our Time Lord by movie's end. 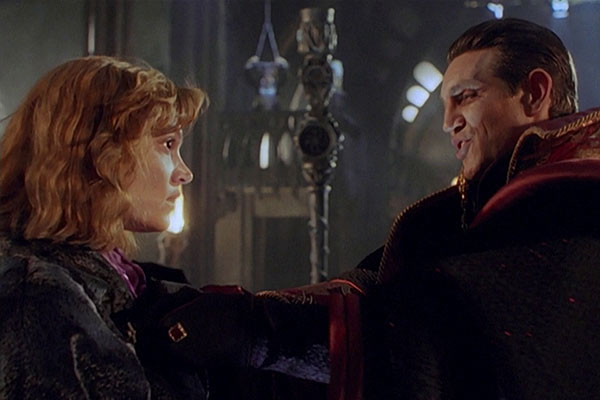 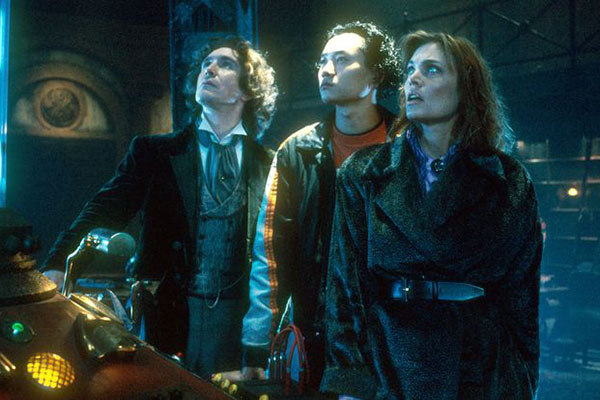 The biggest flaws with this movie are really bound up in its conception and the era it was released in. Due to the fact that it really wanted to honor all the previous continuity without throwing anything away, a lot of this movie is dedicated to just setting up the whole world of Doctor Who. It could actually be viewed as something of a cautionary tale, in fact, with lessons taught to the 2005 revival as that series dumped a lot of stuff in a "Time War" that happened off screen, allowing the show to still respect its history without having to pay much lip-service to it. That, I think, was the wiser course of action even if I commend the producers here from trying really hard to make it all work.

And there are the production values of this movie which feel decidedly cheap. It's a sci-fi production from the mid 1990s and it very much has that feel, from some cheap sets to pretty bad CGI in places. In comparison to earlier Doctor Who on the BBC it actually looks really good (which may be one of the many reasons why the Brits loved this movie) but in comparison to other productions on American TV it does feel kind of cheap and silly looking. As a fan of Doctor Who I was fine with it, but it did need a little more spit and polish to really sell it to U.S. audiences.

Still, on the whole I like this movie. It's fun and light and gets everything done that needed to be done in under an hour and a half. It is sad that it didn't launch a new series on U.S. TV but, at the same time, had it been a success we wouldn't have had the 2005 relaunch nine years later. I wanted more time with the Eighth Doctor, but I also really enjoy the latter series so, I guess, long run it's best that everything worked out the way it did.