Master of All Time

And with this two part special we now reach the end of the last effective season of David Tennant's Doctor (although this isn't the last special featuring him that we'll cover). As I've been expecting, this special, "The End of Time", isn't nearly as good as the earliest two in the season, "The Next Doctor" or "Planet of the Dead". In fact it feels like a pretty bog-standard season finale for the show during the Russel T. Davies era, for all the good and ill that implies. 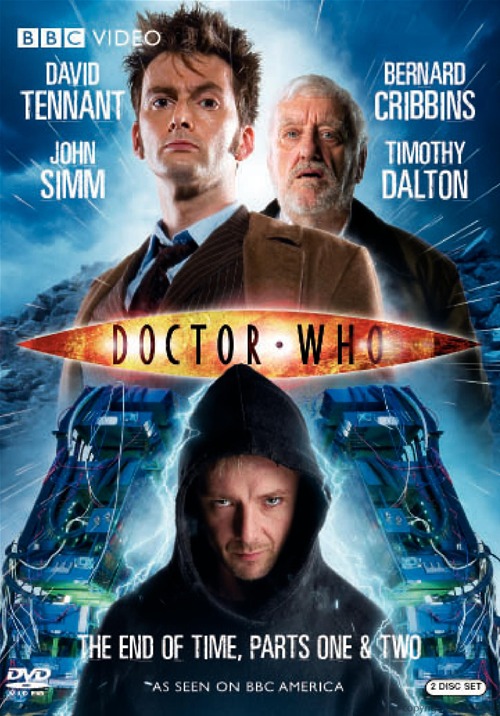 Thing is, though, that while I do think the first half of this two-part episode is pretty awful -- like, ridiculously bad -- the second half very nearly redeems it. It has all the heart, comedy, and adventure that the first episode manages to botch, and while it's not above some of the bombast that always ruins Russel T. Davies's finales, it tempers its worst impulses just enough to be fairly watchable. It's a fine second hour for the finale, with a really good send-off to David Tennant's Doctor, and that's really all the fans wanted after his long and illustrious tenure.

In the first half of the two-parter we find the Doctor returning to the planet of the Ood for their warning about the danger to come. That danger, seemingly, is in the form of the master (a returning John Simm, last seen in the three-part finale of Series 3) who has managed to find a way to resurrect on Earth. His resurrection, though, was flawed and it leave him burning through his own life force, a madman quickly dying. The Doctor tries to capture his rival but is interrupted by soldiers working for David Naismith, a rich tycoon with an alien device that he wants to activate. The machine can grant immortality, they think, but it doesn't quite work and he needs a genius -- the Master -- to make it function. The Master fixes it but he programs in his own little bug and, once he manages to get into the machine, he uses it to duplicate himself across every human in the world creating an Earth populated by billions of the Master, all save the Doctor, his companion Wilfred (Bernard Cribbins), and Wilfred's granddaughter Donna (Catherine Tate).

Part two picks up immediately after with the Doctor captured by the Master. Duplicating himself over all the humans in the world wasn't enough he still has a drum beat in his head that's driving him insane (again, a detail from the finale of Season 3). He eventually figured out that it's a signal sent through time, the four beats of the double-hearts of the Time Lords, and both the Master and the Doctor realize it's a single from Galifrey. While the master is ecstatic the Doctor is horrified; he'd seen what the Time Lords had become, the evil they'd caused during the Time War, and he'd sealed them away for a reason. With the Master contacting the Time Lords, and dragging Galifrey back into the real world, it will only bring back the whole of the Time War and could spell the very end of the universe (and the End of Time).

I feel like this is an episode (or, really, two episodes) that are hard to really review based on their overall merit. The issue I have is that there really isn't a true story here, just a collection of scenes leading to a finale. No one here really gets development or has a true arc and it's fair to say that, outside the Doctor giving his life to save Wilfred (itself due to a silly little circumstance), there is no actual character growth here at all. It is, instead, characters running around for two hours and then explosions, and while there's nothing wrong with running around or explosions it would be nice to have some actual development happen in the process. 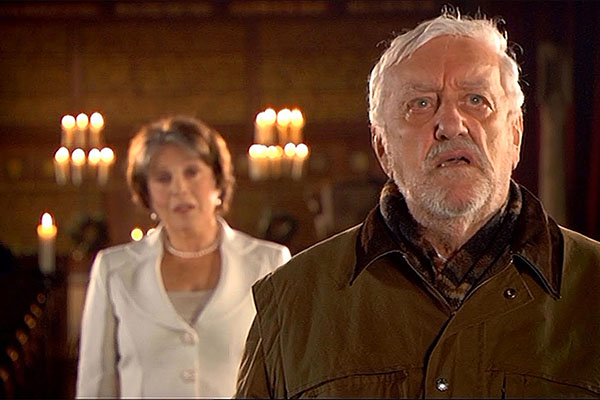 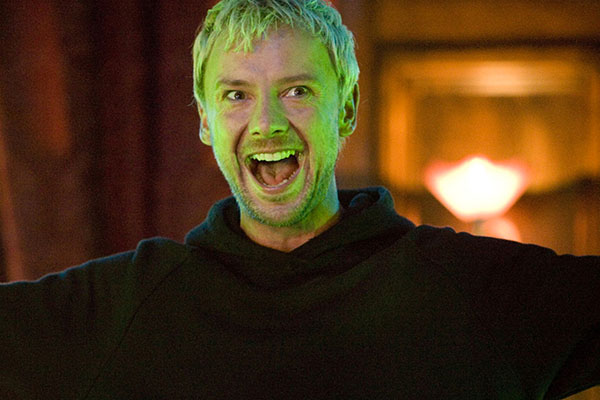 Look at it this way: we have a ton of characters in this special, from the Doctor and Wilfred to the master, the Time Lords (who appear at the end with their leader played by Timothy Dalton), Donna, the Naismiths, and on and on. None of them, though, ends up any different than they were what they started. Worse, just about everyone in this special, Donna included sadly, is a barely developed character with one traits assigned to them. It's hard to have anyone to care about when none of the characters are anything more than cardboard cut-outs propped up to decorate the scenes.

It doesn't help, certainly, that the Master takes over every single human and turns them all into himself such that two-thirds of the whole run-time of this piece everyone is the Master. It also doesn't help that Russel T. Davies has never had anything to actually say about the master. He's an agent of chaos without any meaning behind him during this era; despite him being every person on Earth for a while there's still nothing to the character. He's a stuffed shirt that cackles menacingly from time to time and... that's about it.

Probably the worst served, though, are the Time Lords. These are the beings that we've been told about since the 2005 relaunch of the show and their big return to the series, breaking from the Time Lock that sealed them, should have more meaning to it. Instead we just get scant few scenes, a lot of them boasting about how evil they are, and then they're immediately sent away again. Making the Time Lords into villains is an interesting idea, but the show has to really do something with them for it to actually resonate and "The End of Time" fails to do that at all.

And yet, despite all this, I didn't really hate "The End of Time" (at least not as much as I hated "The Waters of Mars"). For starters this two-part episode does have energy. For all my complaints about how there's no real story-arc to this piece, all the running around and explosions does keep the whole thing lively. It's superficial television, all empty calories and no real meat, but it does keep the brain active as it bounces all its pieces around the board. 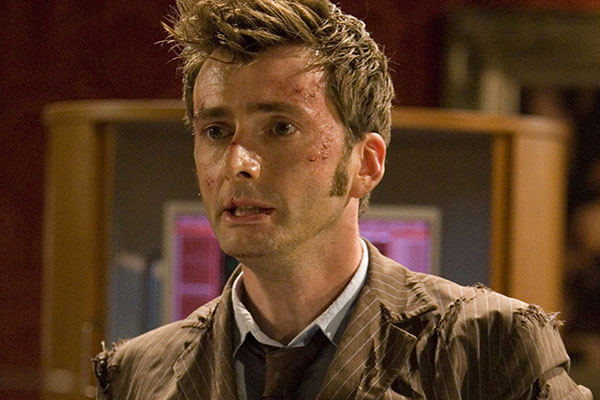 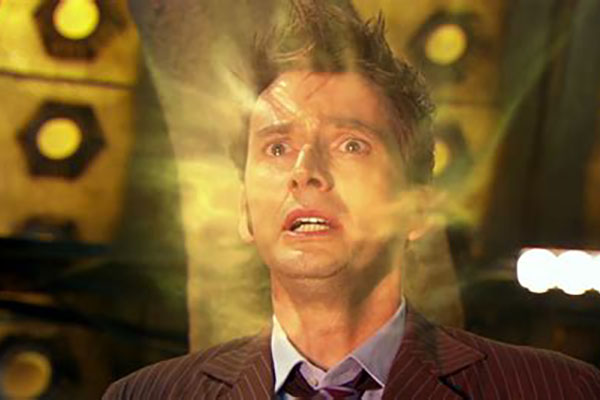 And then the finale itself is quite good. It starts with a moment where the Doctor thinks he's escaped his fate, only to then realize that he's still going to die because he has to save one human; it's who he is and he can't let anyone die. Then we get a series of scenes where his slow death allows him to visit past friends and have a few last scenes with everyone he knew before he moved on to a new body and new life, so to speak. It's all very touching and well acted and it shows a level of care and heart that I wish the proceeding episodes had actually managed. It's a good finale but it would have been even better if everything in "The End of Time" leading up to it could have risen to the occasion as well.

So it leaves me in a weird place with this double-episode. On the one hand I still don't like this version of the Master and I find all his antics here, throughout the episode, more tiresome than entertaining. But the show does zip along and the finale doesn't feel like a long two hours (even though it is). And then the last set of scenes are so much better than everything that came before that it very nearly carried the whole finale. I could see going back and just watching the last bit again, but I doubt very much I'll want to watch this double-episode again for a long, long time to come. It was fine in the moment but it doesn't have anything (at all) to say about, well, anything.