Reuniting the Community for a Good Cause

As should be obvious by now I am a big fan of Community, the (amazingly) long-lived (considering how many times it was nearly canceled) sitcom that started off on NBC before ending its run on Yahoo Screens (also worth noting: this show was expensive enough to produce it killed Yahoo Screens). It was a fun, funny, oddball comedy that balanced real heart alongside strange, meta humor. There have been plenty of shows that did "meta", but most of these didn't have the right mix of characters, story, and laughs like Community. Even now it is still clearly missed among its legion of fans. 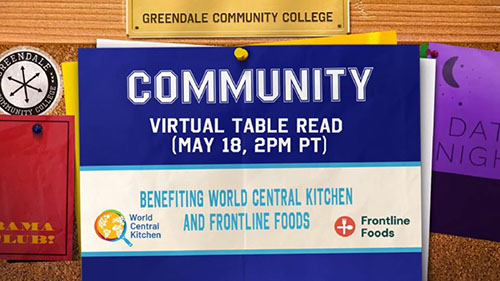 Generally when news comes out about Community it's to say, "this star has talked about the potential for a movie to truly wrap up the series" (for the uninitiated, "Six Seasons and a Movie" was a running gag through the show for so long that it's become a call-sign for fans of the show). None of these rumors have necessarily gone anywhere -- all of the actors have since moved on to other projects and are deeply busy with their lives to the point that even if they were interested in reuniting for a movie it was be logistically difficult to pull it off. And that is only if Sony Television, who produced all six seasons of the show, really wanted make a movie based on the series. Still, the actors are clearly passionate about the show so... maybe one day?

Fans, however, did get a bit of a reunion on May 18, 2020, as all the actors joined together, via web-conference, for a "live" table read of season five, episode four of the show, "Cooperative Polygraphy". Sure, they came together because they're likely all stuck at home and didn't have much better to do, but any kind of reunion is better than what we had before, especially since Donald Glover has been one of the big holdouts, from all reports, for a true reunion special of any kind. The actor moved on from his character, Troy, and hasn't really wanted to look back, and I can't really blame him. Still, it was lovely to have everyone back for this special event.

Well, almost everyone. If you've seen "Cooperative Polygraphy" (we recently covered season five and hope you were keeping up with us as we watched through the series) you'll know that its, well, and odd episode of the show and not one most fans probably would have expected for a event such as this. It's not one of the bigger episodes of the show, certainly not one most people will select as one of their favorites, but it does have a couple of things going for it for an event like this. For starters, it's a bottle episode, meaning all the characters are trapped in a room, forced to talk to each other, without any big action set pieces (like any of the paintball events this show was known for).

Additionally the episode hinges on the fact that Piece Hawthorne is dead and all the remaining characters -- Joel McHale as Jeff Winger, Gillian Jacobs as Britta Perry, Danny Pudi as Abed Nadir, Yvette Nicole Brown as Shirley Bennett, Alison Brie as Annie Edison, and Ken Jeong as Ben Chang -- have gotten together at the school to mourn their one-time friend. Chevy Chase, naturally doesn't appear in this episode and, at this point, most of the cast has no love lost for the actor. That's probably what pushed this over the edge of another bottle episode, "Cooperative Calligraphy", as Chase's Pierce was in that episode (and don't think it was lost on us that both of the show's bottle episodes start with the word "Cooperative"; that's a nice touch). 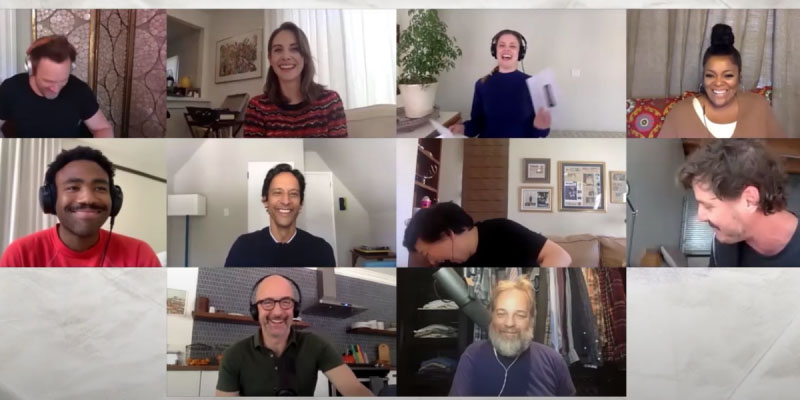 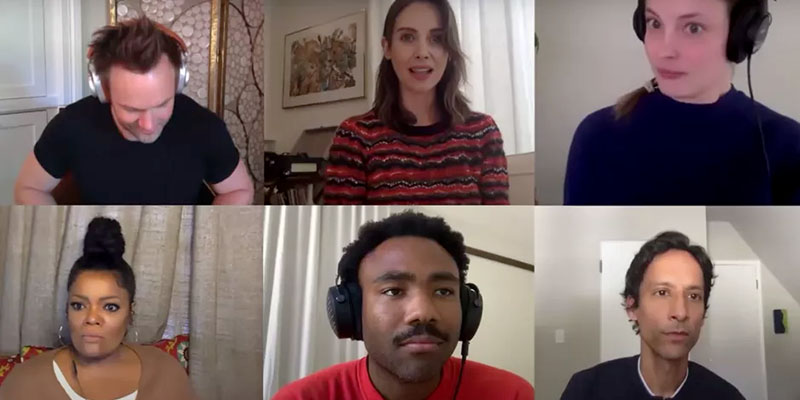 The plot of the episode is that, with Pierce dead, an attorney, Mr. Stone (played here in the table read by Pedro Pascal as original actor, Walton Goggins, was busy) shows up to give all the characters a polygraph. He then proceeds to ask a bunch of rude, probing questions, exposing many of the group's past misdeeds to each other, but ending with a round of very sweet questions (and, because it's Pierce, large canisters of frozen sperm). Again, while there were plenty of great moments it's not an episode I would highlight for a "best of" list, but it was a funny, and at time touching, story and well suited to this format.

And, I have to admit, the cast really brought it for this event. The special starts off a little slow, with the actors clearly trying to find their characters and get into the spirit, not quite nailing the reaction shots early on, shots that were vital to the humor of the series at times (Community being very good at the joke-then-cut to reaction payoff). But once the actors settle in and really get going, the humor comes alive and this table-read became laugh out loud funny.

It's clear the cast all still have affection for these characters. They certainly found it very easy to slip back into the shoes of all their roles, this despite there being five years and a number of projects that they've all been in since. The highlights of the read -- which also included series creator Dan Harmon guiding the actors through the read (playing narrator of stage direction), Jim Rash as Dean Pelton and Maura (the polygraph tech), and Keith Slettedahl from the band The 88 playing the theme song -- were definitely Alison Brie and Donald Glover. While everyone had their characters down, these two were especially in character, playing their roles of comedic anchors perfectly. The read worked as well as it did because of their cut-aways and reaction shots.

Also, I want to credit Pedro Pascale who, clearly, was called in last minute to play this part as a favor. He probably read the script once before doing the read because he lost it a couple of times when the script got especially weird. He summed it up best late in the episode: "how did you guys do this?" Community could get really weird at times, that was part of its charm, and I have a feeling Pascale gained a new appreciation for the show after this table read. Certainly the times where he went of script, breaking the fourth wall and laughing at the material, were pretty solid moments indeed. 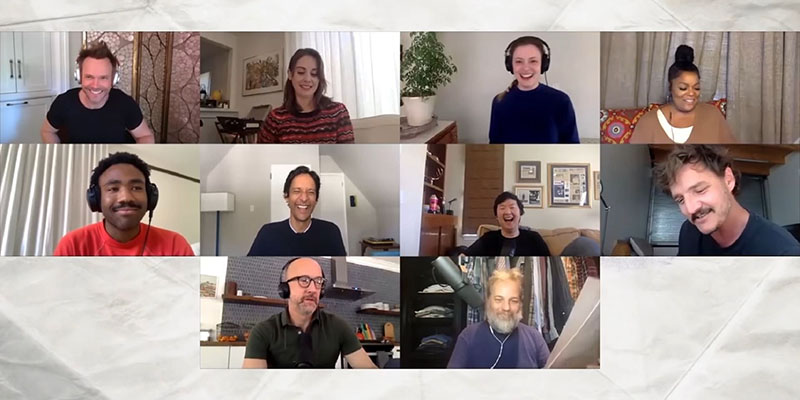 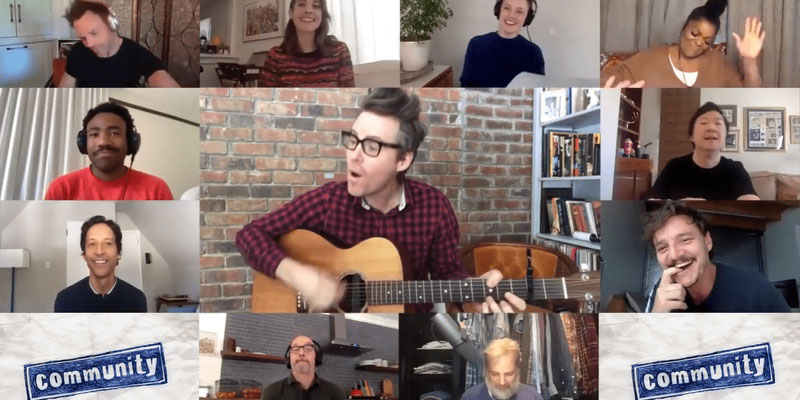 But let's face it, this table read was so good because even in one of its lesser episodes, such as "Cooperative Polygraphy", the cast and crew were still able to find the key tenants of the series: humor and heart. This table read exemplifies just how good the shows was, from its writing to its cast and it's clear direction, and why it's still so clearly missed even now.

The hope, with an event like this, is that the cast will all remember why they loved making this show and can, one day, work out their schedules to make the movie. Certainly seeing all of them gathered together, something that seemed impossible even a few weeks ago, should give all Community fans hope for the future.