After series creator Dan Harmon left Community at the end of season three (or, more accurately, was fired from the show by NBC), there was a question of how the series could continue without him. How do you push a show forward when the major creative voice of the series was gone. There have been plenty of creative team changes in television, with any long-running show seeing its fair share of creative turn-over, but one can make the argument that when a series loses a major voice, the show just isn't the same after. 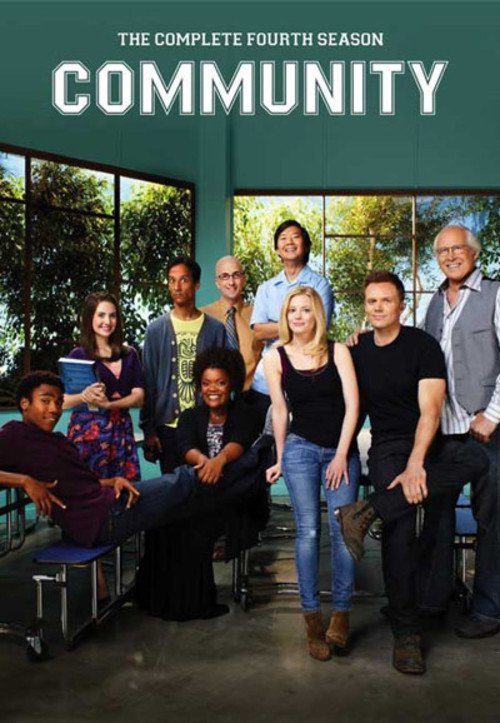 The unfortunate thing for Community is that season four really does act as a kind of turning point for the show. New show runners, David Guarascio and Moses Port (who hadn't managed a bit hit show before) were brought on, and their job was to try and guide the show through it's senior year, to maybe give it some kind of a send-off if it tanked in the ratings or had to be put out to pasture. And, in that regard, they did effectively deal with it -- they brought the show to a point where it could have ended (and, if those two creative leads had stayed on, should have ended). But it's hard to say that it was a good ending, and it certainly wasn't the direction Harmon would have taken the show.

You can see the show struggling in many of the episodes. It tries so hard to be the Community fans remembered. It would riff and play with meta structure, constantly comment on pop culture, and try its hardest to make it look like everything was fine, that the show was still the show, nothing wrong going on here. And yet, it just didn't feel right; the balance of the show, it's tone, it's style, was missing. It was going through the obvious motions but the soul of the show was missing, and it was plainly obvious.

Take, for instance, "Intro to Felt Surrogacy". On paper this is a slam dunk Community in the vein of "Abed's Uncontrollable Christmas", just with puppets instead of claymation. The characters all suffer a trauma they won't talk about, so the Dean comes in with puppets (for puppet therapy) and then the group goes over their previous day together, but instead of envisioning themselves as human, they're envisioned as puppets. That's the gag. That's it. There's nothing innovative about the use of puppets, and nothing that the puppets necessarily add to the proceedings (besides a couple of sight gags and the ability to have the characters sing, badly). The puppets themselves don't do anything more for the story beyond, "hey, we're doing something with puppets."

Compare that with "Abed's Uncontrollable Christmas" where-in Abed envisions that he, his friends, and the whole school are all done up in the Rankin-Bass animation style (ala Rudolph the Red-nosed Reindeer and all their other holiday hits). The reason Abed sees everything as animation is because he's going through something at Christmas and these classic animated movies are a comfort to him. He retracts into the animated style. But, more than that, the animation then helps him through the journey. He's not just being twee and thinking, "wouldn't it be funny if we did a normal episode but with animation," (which is a thought Abed would have), but that his world was shaken and he needed this. Plus, the episode goes all in and tells a tale crafted for the animation style and not just a normal (if pretty weak) Community story that just so happens to sub-in puppets. 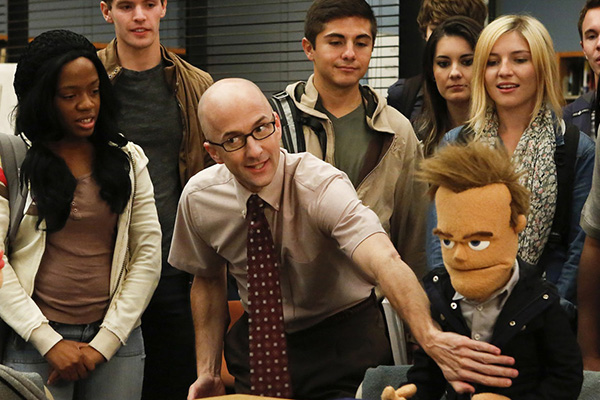 That's the big issue with so many of the episode that try to build off fun, meta concepts the show had done before. Past seasons had a documentary-style episode so this season had to have one too: "Advanced Documentary Filmmaking". The documentary style doesn't really add anything to the story, it just lets the show emulate something that worked before. Similarly we have "Advanced Introduction to Finality", an episode in which Jeff envisions the evil Jeff and Annie (things Abed dreamed up last season) have come to this dimension to stop Jeff from being a good person. Nevermind the fact that Abed is the only one to envision these kinds of things, and then the Evil and Good versions are forced into an episode in a pretty ham-handed way. Plus, they use paint balls as their inter-dimensional weapons, and everyone liked the paintball episodes, right? RIGHT?!

This also leads me to another issue, namely that the characters this season very often don't act like they should. It's little things at times, the largest of which is that Jeff suddenly starts envisioning things that should only exist in Abed's head. Or there's Annie apparently cheating on a test to try and get ahead, something Annie from the previous three seasons would never do. And even the characters that are "normal" have simply been boiled down to their simplest ticks, like the fact that Troy is kind of dumb, that Brita fails at everything, or that the Dean is a sexually confused man obsessed with Jeff. Nothing really evolves for any of these characters, they just remain the same throughout the season.

That's not to say there aren't solid moments in the season as there are episodes that I thoroughly enjoyed. "Conventions of Space and Time" is a thoroughly geek episode that has fun mocking Doctor Who and fan conventions in a way that actually feels insightful and fun. That's in part because it spends time on all the characters and manages to give everyone something to do beyond just being simple character beats. And then there's "Basic Human Anatomy", a silly meta episode where Troy and Abed "switch bodies" and have to live each other's lives for a day. The shows uses this setup to have a deeply thoughtful exploration of the relationship between Troy and Britta and takes time to let them each grow a little here... Sadly it then ignores their progress afterwards and pretends nothing happened, essentially taking the opportunity to hit the reset button on them, moving them back to where they were in season three.

What works about Community in its fourth season isn't the writing. When the show works its because the actors are deeply invested in their characters and can make the jokes, the story, and these characters work through sheer force of will. Glimmers of the Community we know peek out at times all because of the performances of the leads, and sometimes the episodes are able to rise to their talent. It doesn't happen as often as it should, and over all it leaves this as one of the weakest seasons of the show. 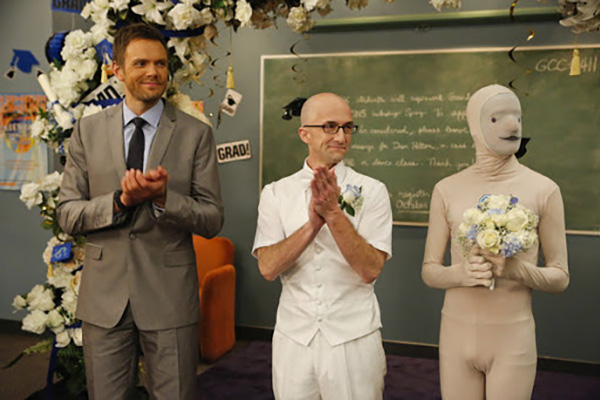 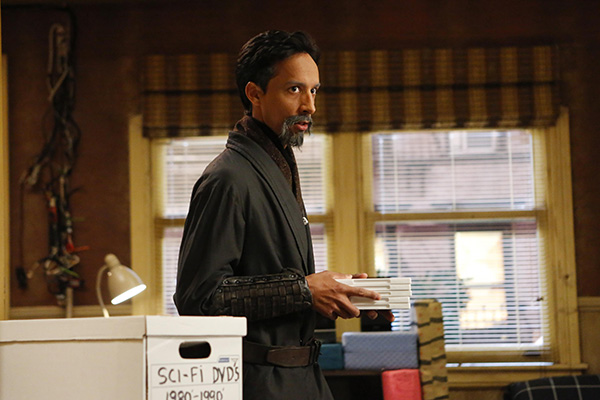 Thankfully, after this NBC would realize the mistake they made removing Harmon from the show (whether he initially deserved it or not). With Harmon back in charge the next season would be a marked improvement of season four. Sadly, something essential to the show would remain lost. Cast changes would alter the face of the show and at a certain point the show would no longer feel like the Community we all wanted. It was still a good show, just not the same.

I covered this episode above, but this really is the weakest episode of the season. While I also disliked "Advanced Introduction to Finality", that one at least managed to find some humor in its weird, meta conceit. "Intro to Felt Surrogacy", though, it a bad episode that tries to get by on its high concept but has absolutely nothing else to say. Maybe the puppets should have remained in the drawer, guys.

Episode 3: "Conventions of Space and Time"

This episode, by contrast, is really solid. We have the group going to an Inspector Spacetime convention, only for Abed to ditch Troy because Troy also has a girlfriend, Britta, and Abed is feeling left out. So he tried to find a new friend, an Online companion he was corresponding with, and this leaves Troy feeling left out instead. All the characters in this trio -- Britta, Abed, and Troy -- show growth and understanding over the course of the episode, and they're able to bring heart, and laughs, to the story.

Additionally we get a good B-plot from Jeff and Annie as they continue to circle each other in their "will they, won't they" relationship. Honestly, they really just needed to get together (the show's reason that Annie was too young for Jeff wasn't as believable when she was about to graduate college), but the show would find ways to continue to drive them apart despite their solid chemistry, and this episode once again highlighted that Jeff just needed to see what was right in front of him.

None of the episodes this season were super strong, but this was certainly one of the best of the set.