It used to be that when a show was canceled it stayed canceled. If you think back to many of the great shows of yesteryear, it was rare that a show could be canceled and then, down the road, be revived. Sure, sometimes one network would decide they no longer wanted a series that was getting a little long in the tooth but still had decent ratings and another network would pick it up but now, with streaming networks, that process can happen with any show, no matter their ratings (as an example, just look at Lucifer). 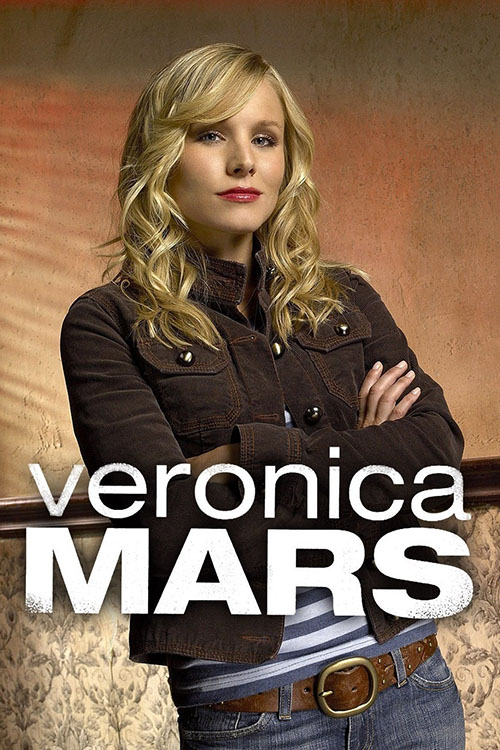 Still even with the revolving door many a series will take from network to streaming (or, in the case of the One Day at a Time reboot, from streaming to network television), the life span of Veronica MarsWhen it first debuted on UPN, it's doubtful any suspected that this plucky "girl detective" television series would go on to spawn a movie, novels, and a revival series, keeping it fresh in the minds of fans 15 years (and more) later. is unique. The show, the the titular high school detective, started life on UPN before that network merged with the WB to form the CW. It ran for two years on UPN, another year on the CW, and then was canceled in 2007 due to decent but not great ratings. Fans of the show, though, didn't give up hope and kept the fandom alive Online until, eventually, the series creator, Rob Thomas, was able to get a Kickstarter together for a cinematic continuation. That premiered in 2014, and now, five years after that, the series is coming back for a fourth season on Hulu.

Really, the closest parallel Veronica Mars has is Star TrekOriginally conceived as "Wagon Train in Space", Star Trek was released during the height of the Hollywood Western film and TV boom. While the concept CBS originally asked for had a western vibe, it was the smart, intellectual stories set in a future utopia of science and exploration that proved vital to the series' long impact on popular culture. (another show that was canceled. after three years before coming back with movies and, later, television shows -- plus both of them featured spin-off novels as well), although the two franchises couldn't be farther apart otherwise. Veronica Mars is a little private detective show set in a picturesque seaside California town where the rich look down on the poor, and everyone is forced to come together, from time to time, due to one horrible murder or another. And, for the first run of the show, the main character was just a teenager (although the character has, naturally, aged up over the years as the show, and movie, have stayed contemporary for the times). No spaceships, no sci-fi action, and yet VM has done what only Trek did before it (and even Firefly couldn't manage).

The main reason why Veronica Mars has been so successful, so hard to kill, is that the core show is so good. It's first season easily set the template for the series, and it's this first season we're going to discuss in today's article. Set in Veronica's junior year, the first season is easily the shows most cohesive and well plotted of the run (not that I dislike the other seasons, mind you, but it's clear Thomas had a very specific vision for this first year of the show). When we meet her, Veronica (Kristen Bell) is an outcast at school, a loner due to events out of her control: her best friend, Lilly Kane (Amanda Seyfried, seen largely in flashbacks and dream sequences), had been murdered months earlier; her boyfriend, Duncan Kane (Teddy Dunn), had dumped veronica days before his sister was murdered; and then, sometime after all of this, Veronica was date raped at a high school party.

Suffice it to say, her anger towards her fellow students, and the rest of the town she lived in, Neptune, was palpable. And yet, despite the hardships she'd seen the previous year, Veronica was still a tough and funny person. She has a hard and prickly exterior, fast on the quips and ready to take down anyone that gets in her way, and yet she's also willing to go to bat for anyone she accepts into her circle. At the start of the show that circle is really just her and her dad, Keith Mars (Enrico Colantoni), two peas in a pod as they work together at his private detective agency, Mars Investigations. Quickly, though, Veronica starts to let a few people in, beginning with soon-to-be best friend Wallace Fennel (Percy Daggs III) when she saves him from embarrassment at the hands of local biker leader Eli "Weevil" Navarro (Francis Capra). Soon Veronica is helping other students with cases, investigating all kinds of goings on in Neptune and, in the process, solving Lilly's murder. 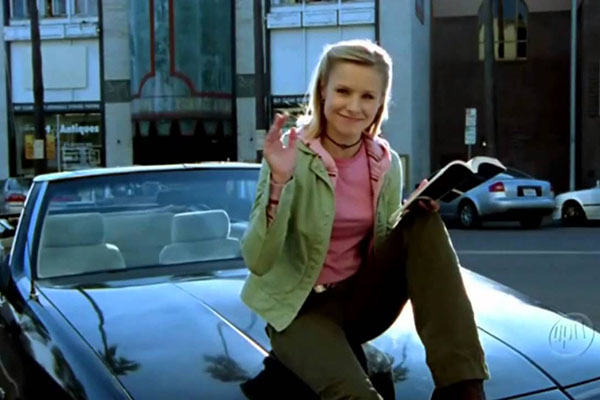 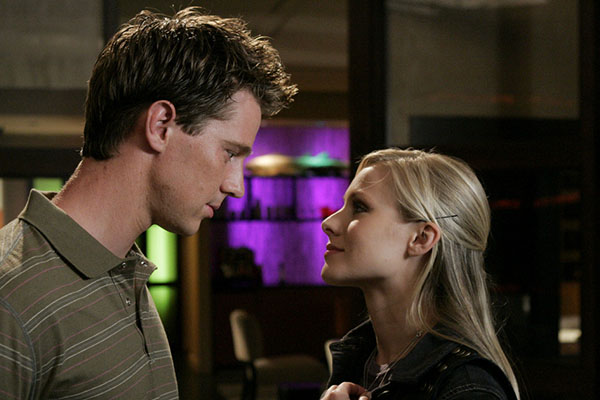 The part that a lot of fans like, the big Lilly murder mystery, was actually the weakest part of the show for me. From time to time the show would visit the murder case, have Veronica or Keith investigate clues and gather information, but the murder case really wasn't the focus of the day to day. The show wanted to treat it like and overarching story, kind of like Buffy and her one-a-season big bads, except without a clearly defined villain at the center (because, as a murder mystery, you can't know the villain until the end). But because the show was also telling case-of-the-week stories, often two of them at a time (as Veronica investigated one thing and her dad went after a different case), the murder mystery never really felt like it was the focus of the show. It was there more as filler, something to eventually build to by the time the season came to a close.

That's part of why the big reveal at the end (which I won't spoil just in case you're new to the show and want to binge through all of it before the Hulu revival starts) just didn't work for me. A villain is revealed in the last couple of episodes, but it wasn't someone the show had really developed in any detail. It's a character that was on the periphery and while it didn't feel like the show cheated, pulling in some random extra, the recurring star was still little better than as far as the day-to-day of the show (that's at least one thing the season season improved, to be sure).

Plus, honestly, the day-to-day cases always seemed more interesting than the big murder mystery. When Veronica and her dad were investigating who killed Lilly Kane, they always got so serious. The show took on an ominous tone that felt at odds with the more light-hearted, quippy style of the show. To put it in detective media terms, once the show returned to the murder, it's tone change from The Thin Man to LA Confidential and lost some of its zest in the process.

That's not to say the cast didn't sell it as strongly as they could, just that they were better served by the material in and around the big, year-long case. Bell and Colantoni are certainly the highlights of the cast, letting the fun and quippy dialogue roll off their tongues with the right amount of joy. These actors were clearly enjoying the material, loving every line of dialogue they got to perform and the weird places the show could go, and relished their scenes. Plus, their father-daughter chemistry was on point, selling the whole dynamic of the series. Daggs, as best friend Wallace, was also very solid, acting as a good wingman to Veronica even if he was never really given as good of material as Bell received. Over all, this trio really made the show great. 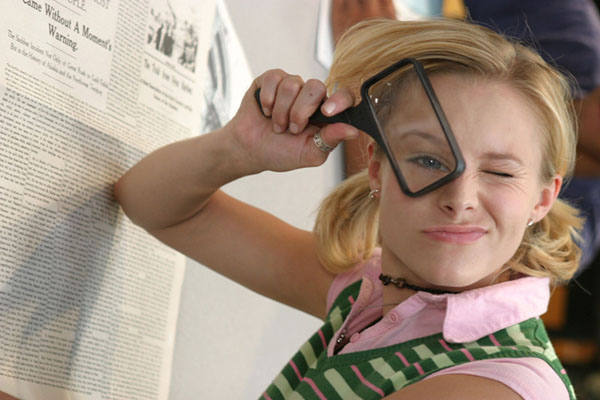 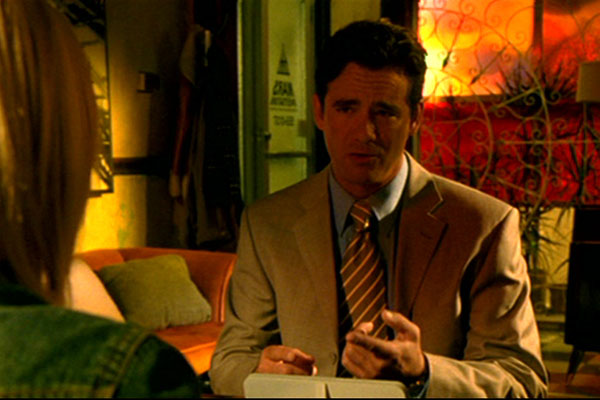 It's in the supporting cast that the show didn't quite find its feet this first season. Although Capra would go on to develop Weevil into an interesting character, his performance as the character in first season was only a slight step above one of the street toughs is West Side Story (i.e., not convincing at all). Meanwhile Veronica's kinda-sorta love interest, Dunn's Duncan Kane, was largely a void for most of the season. I'm not sure if that was Dunn just not gelling with the material, or a flaw in the story he was given, but Duncan never really came together in the show. Still he was a sight better than many of the other supporting characters who were, largely bland caricatures and and vapid background extras.

Still, on the whole the show did work. Many of the flaws with the show were worked out in later season, and the actors on the whole really grew into their roles. While I might not have cared much for the overarching story, most fans did, and many rate this season as the best of the set. I liked it plenty, and enjoyed the show enough to come back for the second and third seasons (plus the movie). As we'll see, the show grows and changes as it gains additional time to play out...