As I noted in my review of the first season of Veronica MarsWhen it first debuted on UPN, it's doubtful any suspected that this plucky "girl detective" television series would go on to spawn a movie, novels, and a revival series, keeping it fresh in the minds of fans 15 years (and more) later., the show had a clearly set out story to tell and the season, for the most part, worked up the big reveal at the end. From there, though, series creator Rob Thomas (not the guy from Matchbox 20) had to figure out a new season-long arc for his characters to follow. With the murder of Lilly Kane solved where could the show go from there? The next big crime had to feel larger some how, had to up the stakes to keep the eyes on the series. Plus, it had to feel personal to lead character Veronica otherwise why would she get involved. 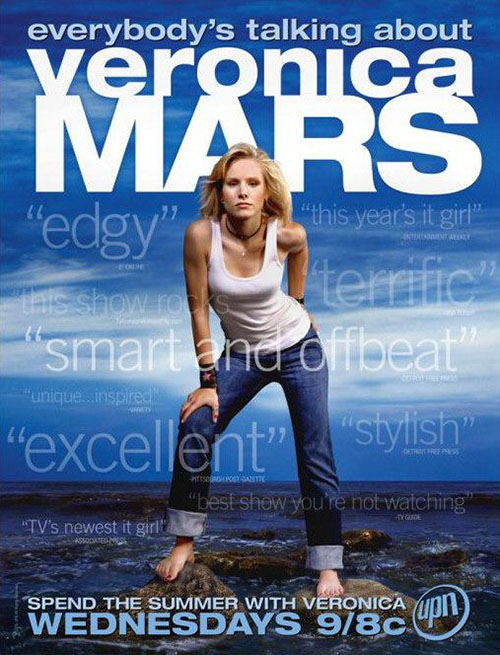 That's how we end up with the twisty tale of a bus explosion and crash which leaves eight students dead... and Veronica would have been the ninth if she hadn't been accidentally left behind by the bus right before the explosion. This leads her to think the explosion was meant for her and, automatically, she gets involved to find justice for the students that died (and revenge on the person who wanted to kill her in the process). It's a visceral opening, one that's much more immediate to the well-being of our lead character, and it's hard not to care immediately about the plight of all the people who lost someone on that bus.

At the same time, though, the bus crash is a less interesting story over all. The murder of a single person, Lilly Kane (who was played with charismatic aplomb by Amanda Seyfreid) gives the story focus, makes us feel for the lack of a specific person in everyone's lives. Although we never met Lilly before her murder, we get enough flashbacks, recording moments, and dream sequences with the character that she feels like a fully realized person in our minds. The eight characters that die on the bus, by comparison, divide our loyalties and make it harder for us to focus on them. We can't care about the characters if we barely have time to get to know any of them.

The show tried to get around this by putting one character we do know, Meg (Alona Tal), on the bus. This is supposed to give us someone to care about, make us care about the event in an immediate way. The problem here is that we really don't know Meg all that well. She was introduced part way into last season and showed up for a handful of episodes. While she was nice and interesting when first introduced, she quickly became a barely-seen character who was only trotted out for plot development -- most specifically when she started dating Veronica's ex, Duncan Kane. After that, Meg devolved into a jealous character, a shrewish mean girl who hated Veronica. And, somehow, this is a character we're supposed to care about.

To be fair to the producers, the show does at least recognize that it had essentially assassinated Meg's character, so it goes out of the way to try and revitalize her while the character sits in a coma after the accident (and then, later in the season, dies). It gives her a story about how she was trying to save an abused kid from terrible parents and a hidden pregnancy storyline. If either of these had been introduced while the character was awake and alive, we could have bonded with her as she slowly warmed back up to Veronica. Giving them to the character after she's unable to be an active character in the story means the real focus isn't on Meg but on Veronica, no matter how much the show tried to spin it otherwise. 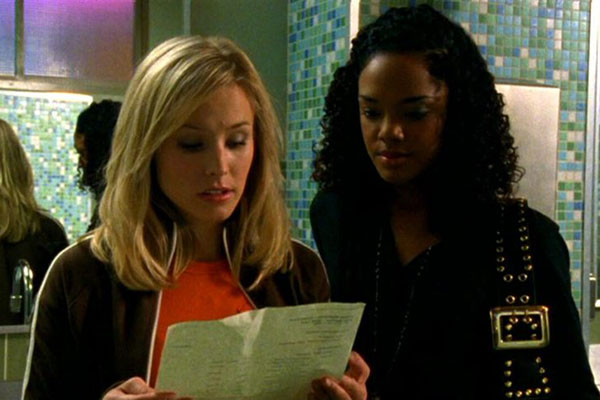 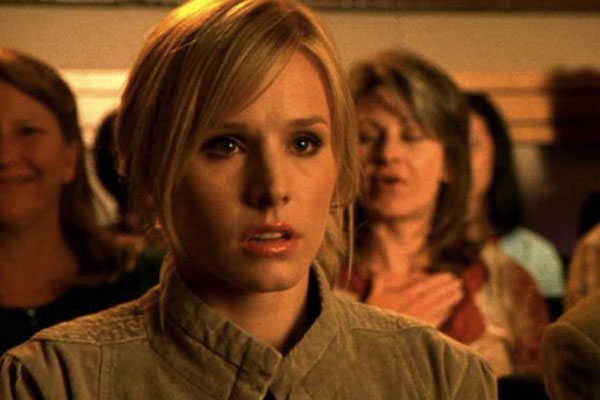 That's part of the reason why the season-long story arc doesn't really work. The other aspect is the fact that the show barely focuses on it most of the time. Overarching focus is divided between the bus crash, an attempt by the new Mayor, Woody (played by Steve Guttenberg), to incorporate the rich parts of Neptune into a new city (this plan, by the way, fails), and a storyline about the Casablanca brothers (side characters in the first season promoted to regulars for this sophomore return), their ponzi-scheming father, and his cheating trophy wife. Many of these storylines all tie together by the end of the season, it's true, but that doesn't stop the story from feeling chopped up and scattered. The season lacks clear focus for much of its runtime.

That said, the one place it improves on is ensuring the villain is someone we know. First season's killer (spoilers if you're reading a review for the second season before watching the first), Aaron Echolls, wasn't very well developed so, when he was revealed as the killer, it didn't have a strong impact on the story. Yes, we knew who he was and we were geared to dislike him (since he was the abuse father of a character we had gotten to know, Logan), but we really didn't care about him. By contrast, a number of new characters are introduced this time around and all are given development and story that way, when one of them is revealed to be the bad guy, we actually do care. it feels like less of a cheat.

Not all of it works. As with the previous season, much of the heavy lifting to tie up the mystery is handled in the last couple of episodes, so a lot of key information (and clues) are dumped near the end robbing us of a chance to put it all together ourselves over the course of the season. If this were a mystery novel, that kind of plotting would be inexcusable. As a season of television I'm willing to forgive it a bit simple because there are so many other stories going on (the cases of the week, namely)that even if the season story cheats a little at the end we still had plenty of other great mysteries to solve and fun stories to get involved in.

And, of course, as before we have Bell and Colantoni at the center of the show, giving it life. These two actors are the heart and soul of Veronica Mars making us care about everything going on, good or bad. Their chemistry only deepens in season two, their father-daughter bond totally believable as everything happens around them. Without these two at the core the show wouldn't work, and these two actors are able to paper over any minor qualms I might have with the season. This show is as good as it is because of the two of them. 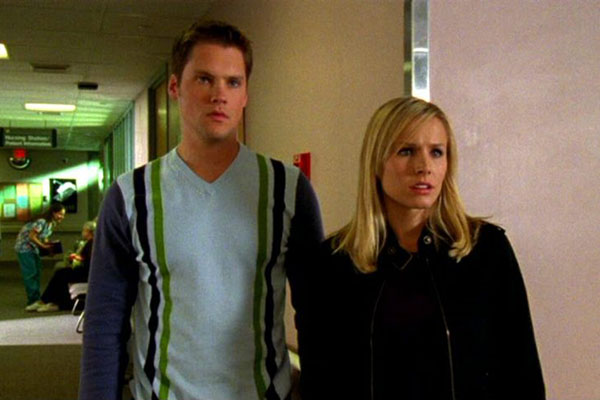 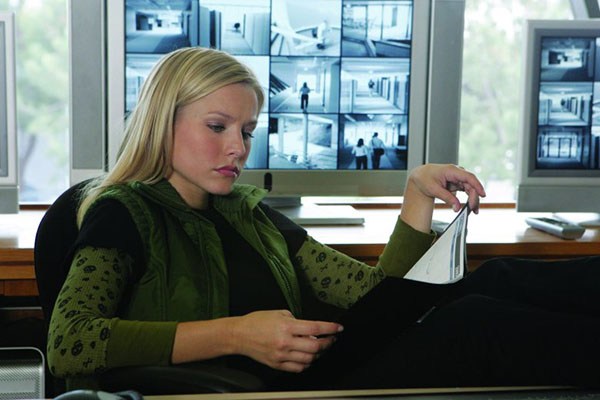 So yes, on the whole this season probably stand up as well as the first. The central story is a little unfocused, a little hard to care about, but it improves in a number of ways at the same time. I liked the mystery from the first season better, but I like the overall structure of second season better. It's more richly developed with characters that you can actually learn about and enjoy. That helps to balance out any other issues I have, keeping it equal with the season that came before.

Unfortunately the show will take a slight stumble as it moves from high school to college for it's third (and, until recently, final) season...