For the third season of Veronica MarsWhen it first debuted on UPN, it's doubtful any suspected that this plucky "girl detective" television series would go on to spawn a movie, novels, and a revival series, keeping it fresh in the minds of fans 15 years (and more) later., the show had to change a lot about its basic construction to continue onwards. Veronica was already a junior in high school for season one, graduating at the end of season two, so no matter what the show was going to have to perform some restructuring. Veronica could remain in high school, and if they'd gone the route of Saved by the Bell and just had her remain at the school, working as an aide to the principal, that would have been awful. College was the way forward. 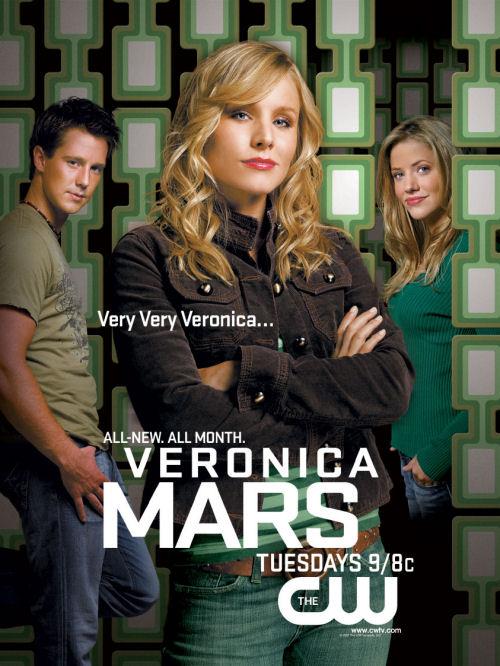 What's curious, at first blush, is the fact that Veronica remains in her home of Neptune, going to school at the local college, Hearst. For much of second season, Veronica went on and on about how she would never remain in Neptune, how she was going to go to Stanford (her dream school) and was going to get as far away from the town that hated her as she could. Even a nod towards Hearst in second season, having Veronica take a tour of the college (and solve a crime in the process), was played as only a feint as Veronica redoubled her resolve to go to Stanford. Clearly this girl was moving slightly farther away (Stanford is in Silicon Valley and Neptune is set just a couple of hours out from Los Angeles) and escaping.

And then third season rolls around and Veronica is going to Hearst. There's no comment on Stanford, no development about why she chose Hearst over her dream school. It's not like having her go to Stanford over Hearst would have been a huge deal for the show as she still would have been in California. She could have continued her life, hanging out with her friends, all without a major relocation. Keeping her at Hearst was probably just a budgetary move, a way to keep costs down instead of filming at a (probably) more expensive location. It's just weird that the show never addressed it at all.

Plus, it's not as if filming at Hearst didn't require a large reformatting of the show. We still had to get a whole new cast of characters -- faculty and students -- plus all new locations to film at. The show expanded its scope and its cast, and could have done that just as easily at Stanford as in Neptune. That said, at least Hearst is well formed, a complete set of buildings and new characters that make it feel like a fleshed out, realistic world for Veronica to wander into.

I will credit the show, the change from high school to college didn't fundamentally alter the show one bit. When we look at other shows that made the switch over (because their characters aged out of the high school setting), like Buffy or Saved By the Bell: The College Years, those shows suffered because they couldn't figure out how to translate their formula to the new setting. Buffy peaked in third season (her senior year) and never could find the right mix to recapture the magic afterwards. Bell meanwhile, was an awful show that was desperate to suck new life out of its format, but the college setting betrayed the original characters while the new cast at the old setting, The New Class was just awful. Clearly, the move to college can kill shows. 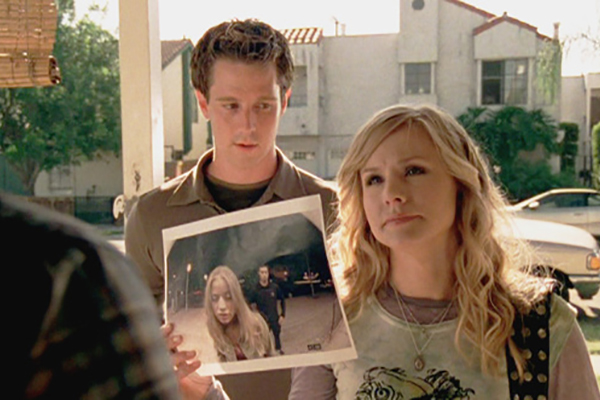 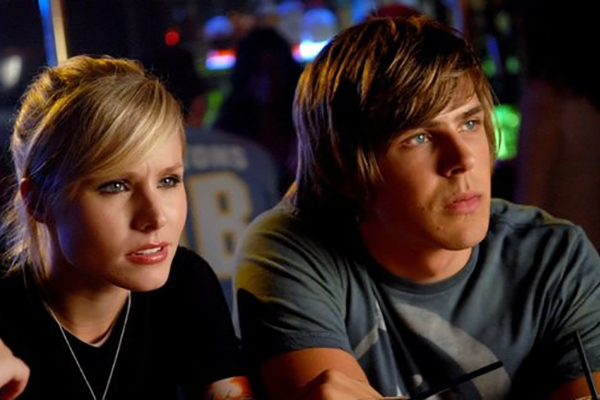 Veronica mars, though, handled the move well, keeping a tight lock-down on what really made the show special -- the case of the week format and Veronica's fiery personality -- and allowed the rest of the show to evolve around her. This show benefited, certainly, from the fact that Veronica, her dad, and their shared office, were the only required elements to really keep the show going. Cast members could cycle in and out, the characters could visit a variety of settings, but the core of the show remained constant and strong. Veronica was going to be herself no matter where she went, so as long as the show stayed true to her it could survive any major change.

But while the show handled its transition to college well, it still wasn't the smoothest ride through season three. Much of that blame can be laid at the feet of The CW. For its first two seasons the show aired on UPN, but that network merged with the WB to form the CW, requirements and expectations for shows certainly changed. Veronica Mars was a solid little performer on UPN but it had to become a bigger hit if it was going to survive on the CW, and the execs in charge clearly had ideas about how to "help" the show going forward.>

For starters, the "teen lit" aspects of the show were amplified. While the show hadn't be averse to some relationship drama, having Veronica flit back and forth between Logan and Duncan, but when she was in each of these relationships things were stable and the couples seemed happy. Third season, though, keeps messing with Veronica and Logan, having them constantly have drama, be at each others throats, constantly distrust each other, all so they can break up, get together, and break up again. Meanwhile a new character, Pix (Chris Lowell), was introduced to act as the third side of a (honestly, really bland) love triangle. he barely serves any purpose except to pine for Veronica and be there when she needed someone else to slam into for love.

Veronica also got a bit of a makeover. Her character's personality remained the same, but where she was kind of tom-boy in the first two seasons, dressing tough and not to girly, season three upgraded her look, making her look like she'd just walked off a CW poster. Blow out air, professionally done makeup, and new, stylish outfits became her go-to. It's a weird thing to notice, and when I watched this show while it aired I hadn't even seen it. Going back and binging the show, though, there's an obvious change in her style, one that seems weird for a girl that would normally roll out of bed, throw on some clothes, and then get to work because she always had class plus two to three cases to work at the same time. When does she have time to make herself over every day? 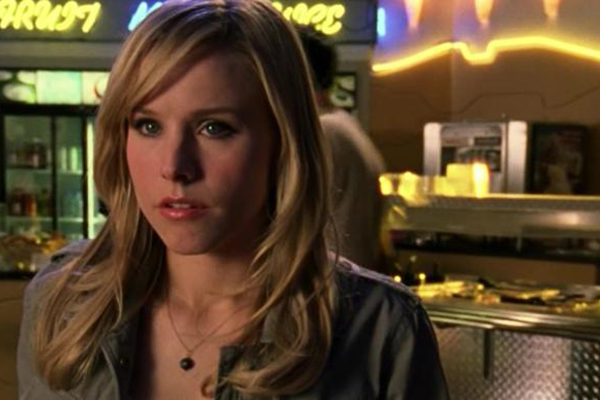 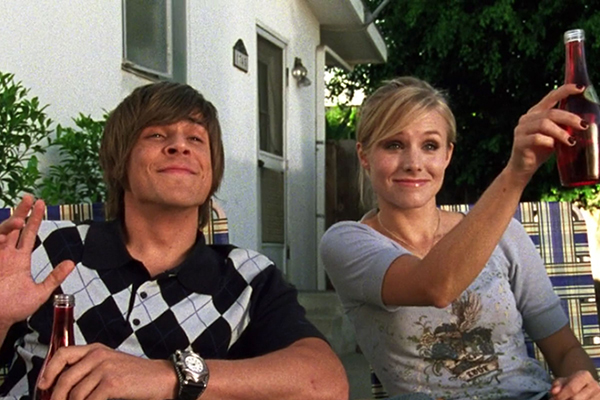 The biggest change to the show, one that was clearly requested by the suits (and which the fans really hated), was a move from single-season stories to smaller segments in the season. Our first big story is a series of rapes on Hearst campus. This plot-line takes up the front half of the show and is then followed by the murder of one of the faculty before, finally, shifting to the election for sheriff. Fans really don't like the fact that the show doesn't have a single story to focus on (not that I felt the seasons ever did a great job focusing in the past) and regularly rant and rave about how poor the third season is in comparison.

The thing is that I actually preferred the way third season handled it. By dividing up the season it felt like each story actually got more focus, not less, letting them be major parts of the storyline and not just little segments we'd cut back to when the show had to kill time. Each case seemingly got more in depth coverage, allowing us to really get invested in the stories. Plus, the show learned from season season and, once again, made sure that all the players in the case (all the potential rapists and murderers) were ones we'd seen time and again so we knew them all as characters. There's no cheating this time around, no dropping in a surprise, last-act villain out of nowhere. I appreciated this development, this tight plotting, and felt it really aided the season over all.

While I certainly don't understand all the changes made to the show, I did appreciate that the new storytelling format helped it mature. The cases became more interesting, the crimes more developed, and over all the show found better footing with its change of location. I liked everything it did and, honestly, while I expected to hate the third season when I went back to it I found I enjoyed it the most of the three seasons (stupid relationship drama be damned). Sadly I was in the minority as a lot of viewers were turned off by the changes the show underwent and, by the end of the season, the ratings for Veronica Mars had dropped enough that the CW canned the show. It seemed like we wouldn't get to see any more adventures of the great girl detective after this... until a Kickstarter came together for a cinematic continuation of the franchise...