The One Without Jason

Having recently gone through the classic Nightmare on Elm StreetThe brain-child of director Wes Craven, A Nightmare on Elm Street was his answer to the glut of Slasher films that were populating the multiplex. His movie featured an immortal character, Freedy, with a powerset like none other, reshaping the expectations for Slasher movies to come. series, these question was what to cover next. There were a few options, depending on what corners of the Slasher genre I wanted to explore. In the end, though, it seemed like the best course of action was to switch over to another big-name slasher series, those starring Jason Voorhees, Friday the 13thOne of the most famous Slasher film franchises, the Friday the 13th series saw multiple twists and turn before finally settling on the formula everyone knows and loves: Jason Voorhees killing campers 'round Camp Crystal Lake., simply so I could eventually look at Freddy vs. Jason and wrap up both series with a tidy bow. 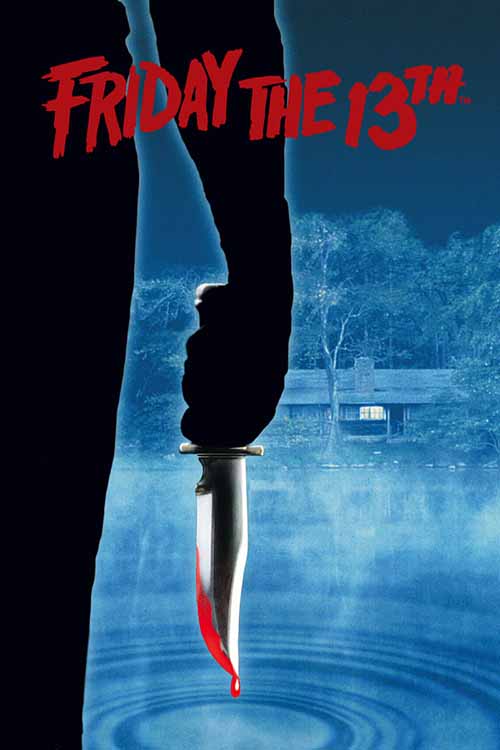 Not that Jason is the villain of this first Friday the 13th. As was spoiled in the opening sequence of Scream (that is if you hadn't seen the first Friday before), the villain of the piece isn't the immortal killing machine Jason but his mother, the bat-shit crazy Mrs. Voorhees. The movie makes the identity of the killer a mystery for much of the run, so I almost hate mentioning the spoiler here, but any fan of the genre likely already knows this detail, so... oh well?

Honestly, while the movie might want to play up the identity of the killer as some kind of mystery, it's not a very good one. That's not to say the killer's identity is easy to guess. No, the reason the mystery doesn't work is because you're never given a real hint as to whom it could be until it's practically revealed. Mrs. Voorhees isn't a main character, not even showing up in the film until the last act. While her motivation makes sense (as we get little bits of back-story about a kid that drowned at the lake decades earlier, and then the death curse the hung over the camp to follow), she's not a character in the movie. She's just a faceless killer that then is revealed before her rampage can be completed.

Instead of a story about Mrs. Voorhees, the movie focuses on a collection of camp counselors who have shown up at Camp Crystal lake to help clean up the property (after years of disuse because of the aforementioned death curse). The camp is supposedly going to reopen in a couple of weeks, but the property needs a lot of repairs before it's ready to take on any tykes. So the six counselors bond, learning about the property (and the death curse from a crazy old man -- "The Harbinger", if we use Cabin in the Woods vernacular) while they spend their first day on site having fun and being teenagers. Sadly, during the night, the counselors start disappearing, one by one. As the counselors are picked off (sometimes in bloody fashion), a rain storm moves in, cutting the survivors off from civilization. It's up to the lucky few to find out what's happening and stop the killer before they all die.

I will admit that the first Friday the 13th isn't my favorite slasher movie. It is, by and large, and fairly rote affair -- teens show up, have some fun, a little sex, and then die. Depending on your definition, the Slasher genre had already been in existence for years (decades even) before this film came out. By then, many of the tropes (as reiterated and once again made famous in Scream) had already been established. If not for a little sting ending to the movie, one that conveniently sets up Jason for future films, it's doubtful Friday the 13th would have gone on to inspire the long-running series it received. 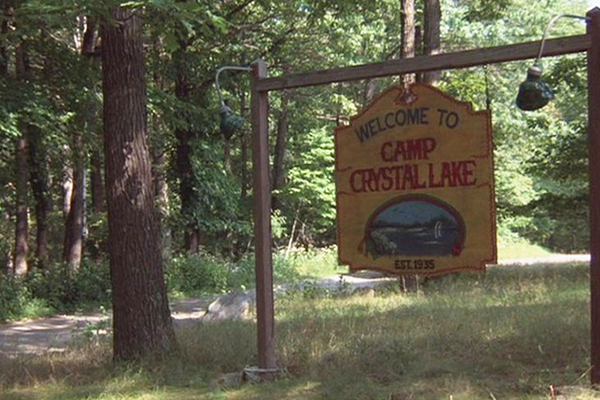 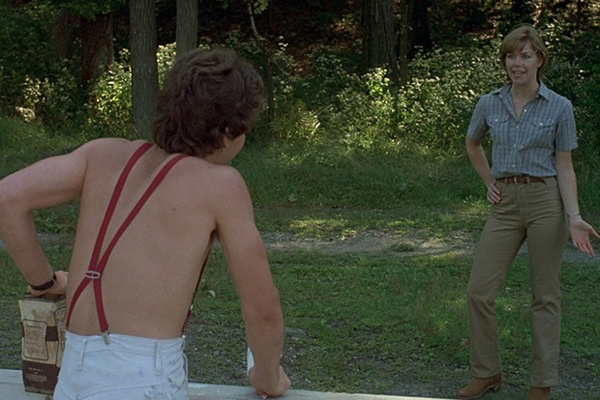 Without one good twist near the end, the whole film is pretty boring. After a cold-open set years before the meat of the movie, one where two people immediately die, the film takes a long time to get to the good stuff. We're introduced to the town, the counselors, and get a lot of plot setup, all so that a nameless killer can wander around murdering people from their Point of View (POV). None of it is written very well -- the counselors largely have no defined personalities and, except for the funny guy (who you really want to have die off ASAP) are all just generic "teens" -- with poor pacing and a lot of filler sequences that go nowhere. While the acting is pretty decent (especially by an early-career Kevin Bacon as one of the doomed counselors), the cast isn't given that much to do except wait around and then die.

This could be acceptable on its own -- Slasher films aren't normally known for their stunning stories -- but the pacing of the movie is totally off. When it's not being ineptly filmed -- it's staggering the the number of long, static shots of total black we get as the kids run around in the dark, rainy night -- the killings are cruised through in a formulaic fashion. Very rarely do the scare actually build up, either coming out of left field in such a fashion that they make no sense (such as the time the killer has to have hidden under a bed for an hour to take out just one of two counselors after they're done having sex) or simply happening just because a character turns their back on a shadow and that's just where the killer was lurking. Mrs. Voorhees is human (unlike the monstrous Jason to come), but she has a preternatural ability to be right where a single camper is every time so she can leap out and kill them.

That is, until the final act when this seemingly supernatural killer is revealed to be human and she's suddenly slow and weak and mortal. Gone is her ability to lurk and hide and leap out of shadows. Instead, she starts operating openly, hanging out in the light and stalking her prey in the most overt fashion possible. In short, all continuity is torn to shreds as we get two very different modus operandi for the same killer between acts.

On the face of it, I actually don't hate Mrs. Voorhees as the killer. If she'd been built up as a character, one who'd show up around the camp from time to time, being helpful and aiding the campers before a last-act heel-turn, that reveal would have had a solid gut-punch to it. Plus, I like the fact that the killer is a woman -- with the right mystery setup, this twist to the standard, male-dominated formula could have really played well (hell, it almost works in this cruddy version of Friday the 13th). The movie just doesn't do enough with this last-act twist to really make it pay-off like it should. 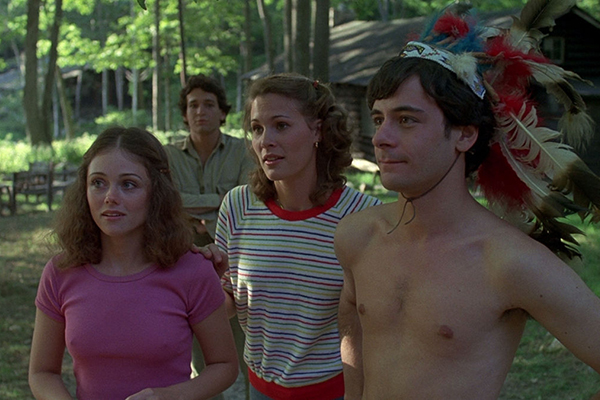 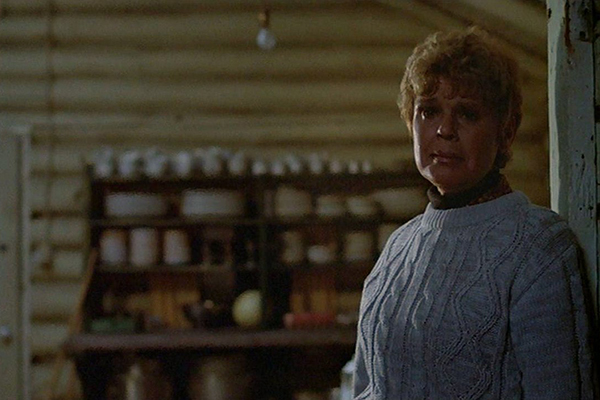 And then the film almost redeems itself. We get a lingering shot of the final girl, floating in a lake, seemingly at peace. This shot lingers for a while, lulling you into a sense of security before one last scare come out: Jason, emerging from the water. It's a shot I remembered clearly and, even then, it still got me again when I re-watched this movie. It is, honestly, the only decent scare in the whole movie, and even when you know it's coming it still works. That's the kind of setup and pace the rest of Friday the 13th should have had. If it could have built up all its scares in that solid, methodical fashion it could have really been a winner.

As the launch of a film franchise, Friday the 13th left me wanting. That last scare is the best the movie has to offer, so I guess it makes sense that Jason (who is treated as a dream sequence here and not a real entity) would become the real killer in installments to come. With the first killer, Mrs. Voorhees, taken out by the time the credits roll, who else is supposed to carry this series? Jason makes as much logical sense as anyone, I guess, and with that one shot in the movie there's hope at least some of these movies might, eventually, actually be scary. We shall see...

The camp counselors sing some pretty awful songs early on, but that's never been a reason to kill before (as much as they might deserve it). After that, though, two counselors break away from the group, late at night, to make out and get busy. That's the top, kill-worthy sin in these types of movies.

Of course, that sin happened in the past. As far as the 1980 crew of counselors, I think we need an (dis)honorable mention for the guy who wore pants with suspenders and no shirt. That's about as worse a sin as I can think of.

Those two (past) counselors don't get very far into the making out before they're interrupted by the killer and stabbed. We don't actually see the girl get stabbed, just her scream of terror as we zoom in to a fade out, but the boy gets to bleed for a bit. It's not a lot of gore, but it does happen pretty quickly into the movie, so it's a decent warm up to the main event.

The two early counselors, plus seven more from the attempted camp reopening, for a total of nine. Plus the killer, of course, since this is one of the rare movies where the killer doesn't come back in the sequel.