Flip It Open and Find Out

Let's face it: NintendoSince 1983 (with the release of the Famicom gaming system in Japan), Nintendo has proven to be a gaming company dedicated to finding what gamers want, even when the gamers don't know it themselves. From dual-screen systems, to motion controls, to convertible home console/portable consoles, Nintendo regularly proves that the weirdest innovation is exactly what the gaming community needs. has had a lock on the portable gaming market pretty much since the portable gaming market was even a thing. They were one of the first companies to produce little LCD games, their "Game & Watch" series, and they had the Nintendo Game Boy out before anyone else could really catch up. Once that little black & white handheld got a hold of the world's children, they were all Game Boy fans from that day forward. 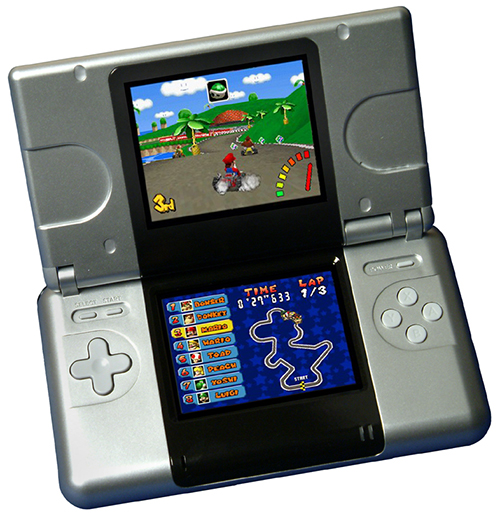 Over the years every company tried to find their own way to defeat the Game Boy. Sega had the Game gear, which was decent, cranking out NES-style graphics and sound but chewed through batteries. The TurboExpress game kids a TurboGraphix in their hands but the West didn't really care about that console. Sega's Nomad did the same thing for the Genesis but with an awful form-factor and even more battery consumption. Even Sony struggled to keep up with Nintendo, releasing the PlayStation Portable only to watch it die against the shores of the lower-powered but incredibly popular Nintendo Game Boy Advance. Hell, Nintendo even tried to kill the Game Boy with the Nintendo Virtual Boy, and then when that flamed out they just kept iterating on the popular little device.

It's no wonder, then, that what Nintendo took a risk with a different kind of portable device, the company hedged their bets by saying, "what? This? It's not a Game Boy replacement. This is the third pillar of our gaming market." This was sensible because, in the beginning, the Nintendo DS did seem like a risk. A two-screened gaming machine for on-the-go gaming could have flopped. Who needs two screens when they're gaming? As the world would quickly learn, though, everyone needed those two screen. Nintendo, despite hedging their bets, had a monster handheld in their, well, hands.

The Nintendo DS was a simple concept. It was a two screen device that users flipped open from its clamshell. Both screens could be used for anything -- action on top / menu on the bottom, menu on top / action on the bottom, or even action that stretched across both screens -- and then the games could define what was needed and how. This was a device that could handle solid, better-than-Nintendo 64 graphics, delivering even stronger gaming experiences than the Game Boy Advance, and it could do it all while letting the game designers dictate how the device would be used.

The fact that the screens could be used in any composition really did a lot to make the experience interesting, not just for the players but the designers as well. Compare the Nintendo DS's setup to the WiiU and you can see why one worked really well and the other died in unloved hands. The WiiU gave a similar idea: two screens that could be used in conjunction, but the WiiU put one of the screens in your hands, far away from the TV you were technically playing the game on, and that meant you couldn't carry the experience back and forth. A menu on the tablet meant you barely looked at the device most of the time. A menu up on the big screen with the action on the tablet wasted the TV altogether. The WiiU was a confused device that desperately wanted to replicate the experience of the DS and couldn't. 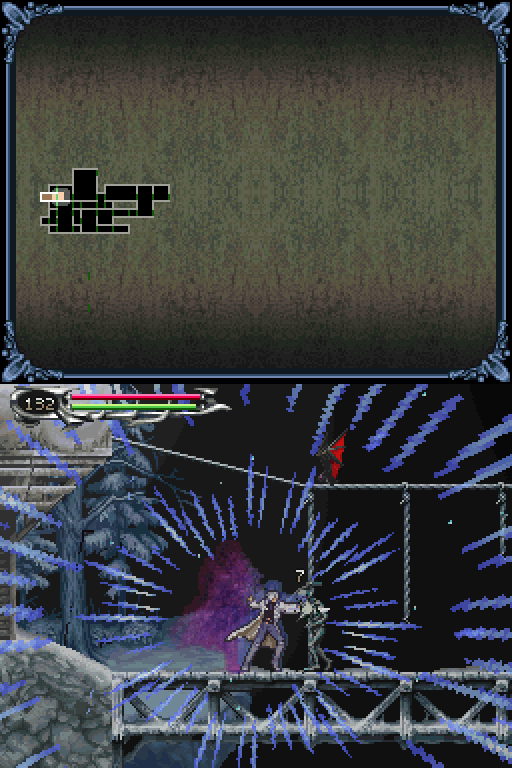 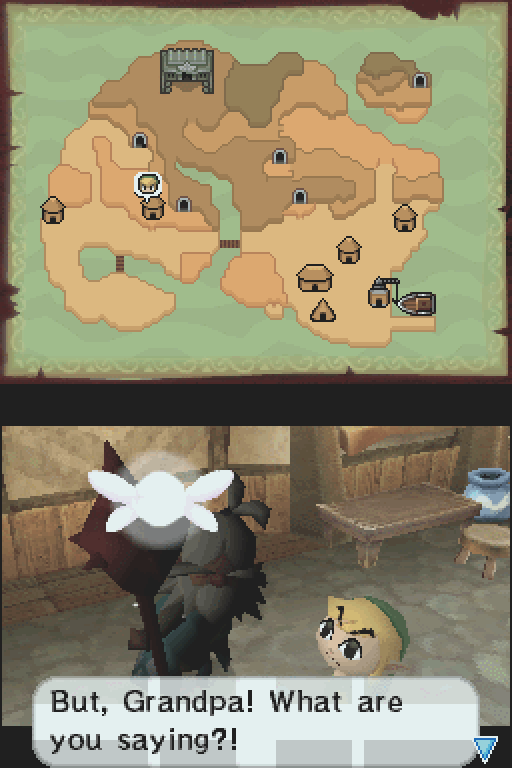 In composition the DS was brilliant. Games could play with the design, using the double-stacked screens in all kinds of interesting ways. You could have a pinball machine that stretched across both sides. You could have a platformer where things coming at the player from the top had to be dodged at the bottom. Hell, there were some games that turned the device on its side and moves the stretched action horizontally across the screens. There were even games that tried to make the experience two-player capable, giving each player a screen against each other. It was weird and all possible because of those two screens.

Now, sure, plenty of games simply focused the action on one screen and used the other screen (usually the lower screen which was also touch-capable) for its menus. But even then that was a nice boon. At a glance you could change gear in an RPG or select options in an action game without even having to pause. The Castlevania games got a lot out of letting you have a map up all the time, making navigation so much easier as you played through those sprawling titles. Certainly these weren't experiences that pushed the bounds of what a game could do but it was certainly lovely and convenient, and that does a long way to improving the experience.

Nintendo, for their part, tried to show all the things the system could do, leading on innovation with concepts no one else really cared to follow. The Legends of Zelda: The Phantom Hourglass (and its sequel, The Spirit Tracks) took the design style of The Wind Waker and applied it to a game where all your controls were done on the touch screen, creating an experience that didn't really control like any Legend of ZeldaCreated by Nintendo in 1986, the original Legend of Zelda game presented players with a open world to explore, packed with dungeons and monsters all ready to kill them at a moment's notice. The mix of adventure and action game play created a winning game and launched not only a successful series but an entirely new video game genre. game you knew, but still was quite innovative. There were Kirby and Yoshi games that required touching the screen to draw objects and navigate worlds. Nintendo wanted you to embrace the touch screen. Some companies did while others ignored what it could do.

Over time it is fair to say that the touch screen mostly evolved into a glorified menu system, when the touch controls were used at all. Castlevania: Dawn of Sorrow made a big deal out of having touch events, like magic seals needed to lock away bosses, and bricks that you had to break with the touch controls. The next game on the DS, Portrait of Ruin abandoned touch controls in the main campaign entirely because people hated them. Touch showed a way that games could be controlled more intuitively, but Nintendo hadn't quite hit the mark yes on how to do that in a way gamers would enjoy. It would take the Wii to really show that potential properly. 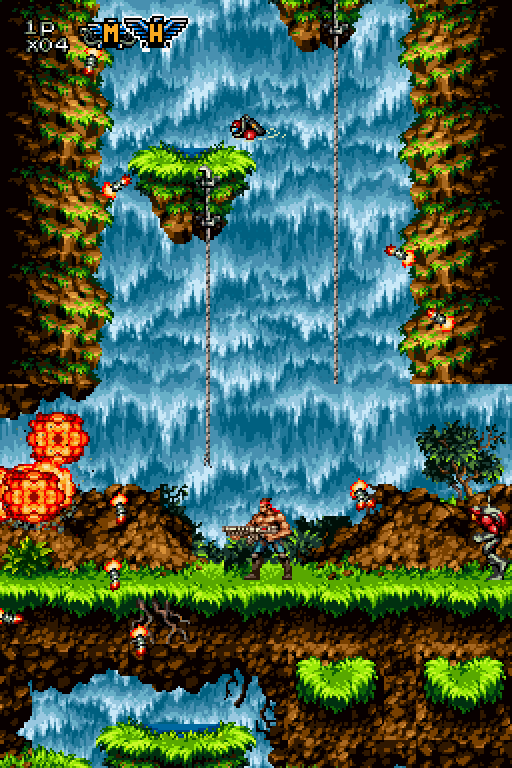 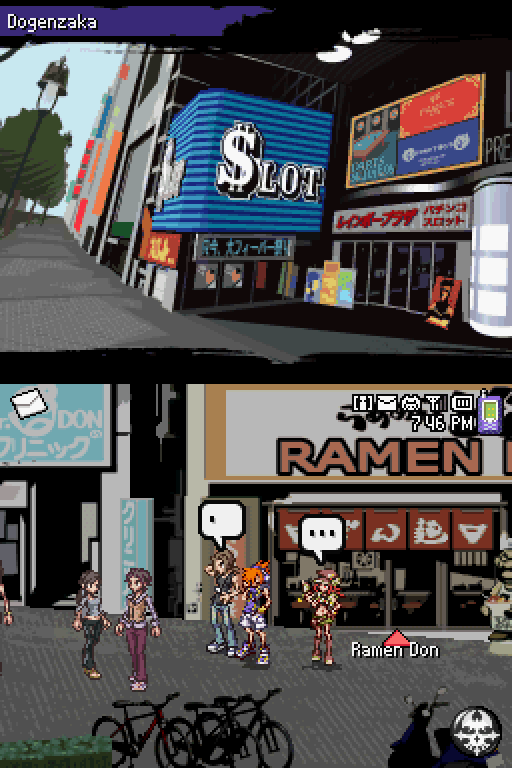 Still, Nintendo wanted to innovate and create new experiences and the DS embraced that. Not ever aspect of it resounded with gamers, but that didn't stop the system from being a success. It was a massive hit when it came out, selling 500,000 units its first week of launch, 2.8 Mil units its first year, and then 6.5 Million units the year after. By the time it was finally retired, with its own sequel (the Nintendo 3DS) the console had sold over 154 Mil units across its various types (DS, DS Lite, DSi, and DSi XL), making it the most successful handheld console ever, and the second best selling console in general (behind only the PlayStation 2 at 155 Mil units).

Considering Nintendo's initial reticence it's pretty impressive that the console went on to be such a smashing success. As the memes said, it was Nintendo's way of printing money. The Game Boy line was quietly ended, the reign of the DS began, and the world had an incredible line of consoles for another decade. Nintendo, as we noted, simply can't be beaten in the portable space.