Tiny But Mighty Right In Your Hands

In 1989 it's fair to say that NintendoSince 1983 (with the release of the Famicom gaming system in Japan), Nintendo has proven to be a gaming company dedicated to finding what gamers want, even when the gamers don't know it themselves. From dual-screen systems, to motion controls, to convertible home console/portable consoles, Nintendo regularly proves that the weirdest innovation is exactly what the gaming community needs. was riding as high as they could. Six years earlier America has seen a big video game crash and retailers, burned by all the leftover stock they couldn't get rid of, wanted nothing more to do with video games. Nintendo had great success in its home country, Japan, where the 1983 release of the Famicom had seen the console become the dominant video game player, pushing aside all others. In the West though, it took time and organization to get retailers to let the Nintendo Entertainment System onto shelves, but once they did, it was all Nintendo, all the time. the NES was king and no one else could compete (sorry, Atari). 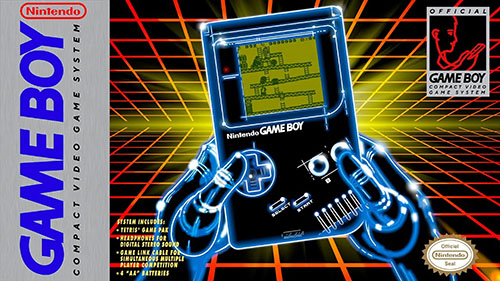 Riding high, and with no one else coming close to their total world domination (Sega's Master System, aka the SG-3000, was a credible also-ran but nowhere near as dominant as Nintendo's grey box), Nintendo could have rested on their laurels. They owned the market and they could make whatever demands of game companies they wanted. The world was theirs. And yet, on the back of their own success, they saw the opportunity to launch a companion to the NES, one that could take the game play of Nintendo's console on the go. They had the means and the money, and out of that was born the Game Boy.

Let's be clear about the limitations of the Game Boy: it was small, it was dim, it wasn't at all powerful, and it had terrible, monochrome graphics. yes, it could do "NES game play" but only because, legitimately, the NES was fairly underpowered as well. But that limited, four-color black-and-white meant that you could only push the graphical prowess of the little hand-held so far. It was three (grey) colors on white, displayed on a 160px by 144px resolution, and how you worked with that showed whether your game would sink or swim.

What allowed the Game Boy to succeed at the start was the fact that there really wasn't anything like it on the market, at least nowhere near as powerful. Hand-held gaming had been a thing for a while, with the likes of basic LED and LCD games being what kids could take on the go. Hell, Nintendo had even made their own fair share of these games with their "Game and Watch" line. But the Game Boy was a step above, a console like the NES where you could swap out carts and play what you wanted, when you wanted, and you got to do it with real graphics, not just little LED lights or pasted on LCD bits. This was a new level of gaming in your hands.

Also, the price didn't hurt. When this console came out it was priced to sell, clocking in around $100 bucks and it even included Tetris. That doesn't seem like a great pack-in ("where's my Mario?!"), but Nintendo's version of Tetris would go on to prove itself the best system seller for the console. It was simple and effective but with game play people kept coming back to, leading to it being, hands down, the most popular game during the whole of the system's life (with Pokemon racking up a solid second place). 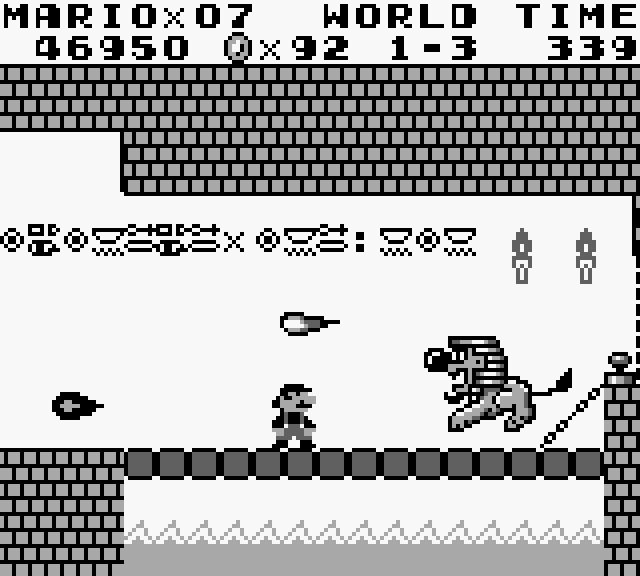 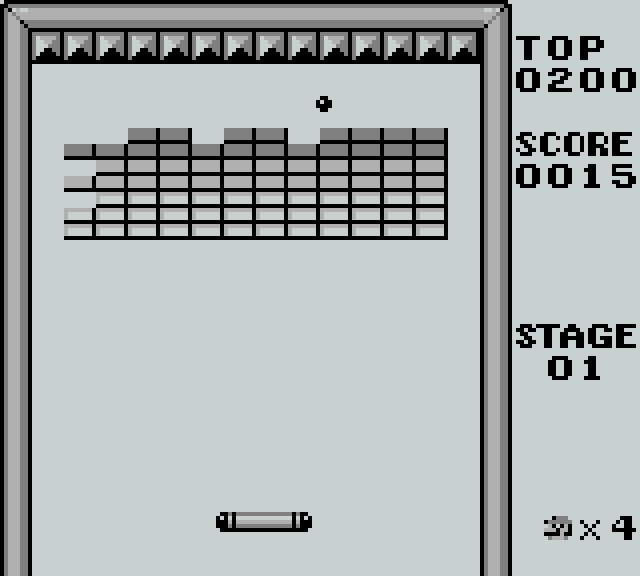 Nintendo made this thing to move. It was small but solid, able to take a beating and keep on working (there's even pictures out there of Game Boys getting caught in fires and still powering up after, despite the melted plastic and scorched exteriors). It was underpowered, but that was by design. Nintendo could have built a more responsive, and more high-tech, console, but that would have been more expensive. It also would have eaten batteries like nobody's business. Other consoles would come out later (from Sega, from NEC, from Atari, from others), all promising better hardware, color screens, and whatever other extras they could put in to out-do the little great Game Boy. And they all did out-do it, but they all struggled to keep up. They'd chew through batteries, they'd be big and bulky, they'd add so much that they'd fail to give the tight, simple, long-lasting form-factor that sold the Game Boy so well. That's why they all vanished while the Game Boy kept on trucking.

Plus, yes, the console did play credible NES-style games. This was first proven by Super Mario Land which translated down the basics of Super Mario Bros. to the little hand-held. Not all the games that came out tried to do what the NES did; there were plenty of unambitious puzzle games and basic action titles that came out cheap and offered tiny experiences, but they did also give the Game Boy a reputation for slight games that hardly were worth your time.

No, it was when the big developers brought their big franchises in that it felt like the Game Boy game into its own. Little puzzlers game way to solid experiences like the "SNES but on the Game Boy" style of Super Mario Land 2: 6 Golden Coins and The Legend of Zelda: Links Awakening. You could get solid sequels to Mega ManIn 1987, Capcom released Mega Man on the NES, a game featuring a blue robot that fought other robots and took their powers (so that he could then fight other robots with those powers, and on, and on). The series went on to release over 50 games in 30 years and become one of the most famous gaming franchises in the world. from Capcom on the Game Boy, and then Konami brought in their big guns with the one-two punch of Operation C and Castlevania II: Belmont's Revenge. These were slid adventures, killer aps that made you go, "hey, I don't feel like I'm missing out by 'just' playing on the Game Boy."

Hell, when Rare brought over Donkey Kong Land, a proper conversion of their hardware straining SNES game Donkey Kong Country, it showed just how much the Game Boy could do with the right care. Sure, that was a title that about strained the little hand-held, and it still wasn't as nice as playing the real thing on the SNES, but the Game Boy could do it. Just barely, but it did. 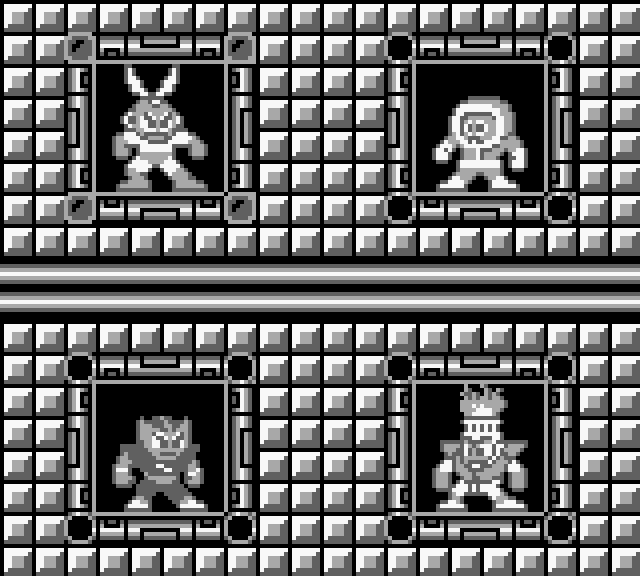 Naturally, though, the last part of the Game Boy's life will be remembered for its final run of killer aps: the Pokemon series. Landing in the U.S. in 1998 (two years after it became a smash hit in Japan), the Game Boy caught another wind and was able to stretch out its life even longer. Pokemon Red and Blue solid millions of copies and was followed by semi-sequel Yellow, along with a ton of spin-offs. It was only when Pokemon Gold and Silver came out later that year, exclusively on the Game Boy Color, that it was clear the party for the original hand-held was over. Retirement was on the horizon.

Now, depending on how you look at it, the Game Boy Color was either the first true console to kill the original Game Boy, or it was just a mind upgrade that continued the original console along for a few years. We lean towards calling it a new thing as it had its own exclusive games that wouldn't work on the original hand-held (although some games were able to be played on both). Like with the Game Boy Advance to come later, which could play everything that game before, the Color did more than what came before, delivering a much more credible NES experience where the little black-and-white hand-held simply couldn't.

And yet, that's a ten-year streak of one hand-held dominating the market, only to be replaced effectively by itself. The game Boy outlasted all comers, all other handhelds from other companies that came for the crown, and it managed to outlast the NES, the SNES, and survived through a good portion of the Nintendo 64's run. hell, it even defeated it's own home-grown replacement, the Virtual Boy, showing that people would prefer worse graphics so long as they could truly take their games on the go. This machine was a force all its own despite (and, really, because of) it's small size and underpowered hardware.

There probably won't be another console ever like the Game Boy, one that comes to define a market despite it's little size and littler power. Hell, depending on how you look at it, the hand-held market is all but dead, replaced by convertibles that can do both home and abroad, like the Switch. The Game Boy ushered in an era, and only Nintendo themselves could change the game so radically as to kill it completely.