Now You're Playing In Color

Is the Game Boy Color a separate system from the Nintendo Game Boy? Nintendo's little monochrome system that could (which did four-color graphics via three shades of gray/black and the white of the screen) was introduced in 1989 and went on to defeat all challengers one after another. The Sega Game Gear, the Atari Lynx, the TurboGraphix Express, and even Nintendo's own much-maligned Virtual Boy tried, and failed, to unseat the king. Officially it was only when Nintendo introduced the Game Boy Advance that the original lifespan of the Game Boy came to an end. 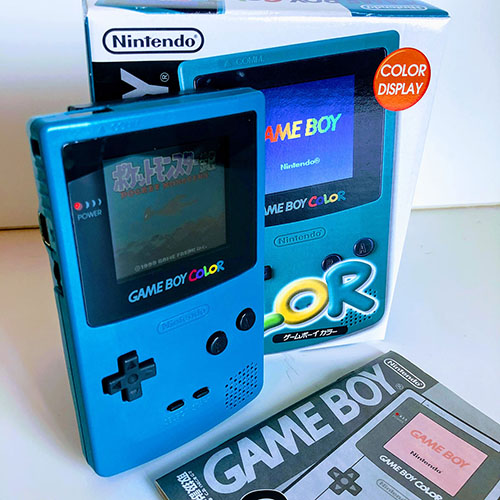 In fairness to Nintendo's history, the Game Boy Color could play original game Boy games. It was fully backwards-compatible with all the old carts, and Nintendo even released some carts that could go into either console and would play perfectly, in monochrome on the original game Boy and in (limited) color on the GBC. But the Game Boy Color also had carts that weren't backwards compatible, that played in proper 8-bit color only on the color hand-held. It would seem like the GBC, despite Nintendo's own statements otherwise, was in fact a successor to the original Game Boy. Sure, the whole line sold a total of 118.29 Mil units, but that number really seems deceiving considering.

As far as features, the one thing the Color had over the original Game Boy was color. The system was, in effect, a mini-NES (but not an NES Mini, which is a different thing); if a company was feeling saucy (and many did, including Nintendo themselves) they could take their original games and "port" them over to the GBC. A number of titles were released from various back catalogs, from Super Mario Deluxe to Bionic Commando: Elite Forces, Blaster Master: Enemy Below, and more. Most of these weren't just ports, they often featured new game play and remixed elements, but they certainly helped maintain that classic NES feel.

There were, of course, plenty of new titles as well, and most of them didn't just feel like half-baked NES games. The benefit of all the time these companies had working with the original Game Boy as well as the NES was that they knew how to get great looking graphics out of the limited hardware. It's the difference between the original Super Mario Bros. and Super Mario Bros. 3 and now the companies could apply that knowledge to a slightly more robust hand-held. 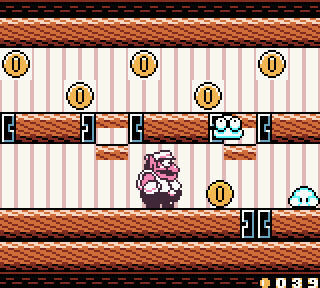 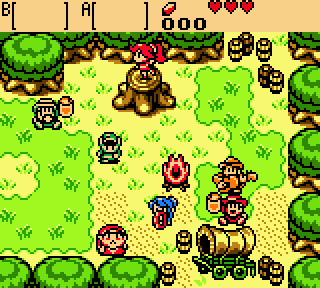 It does feel like the Game Boy Color ushered in a renaissance of creativity for the hand held market. If you look at the top games released for the console you see a lot of interesting experiments. Games that used gyros (like Kirby Tilt 'n' Tumble), games that pushed the graphical prowess of the hand-held (Tomb Raider: Curse Of The Sword), games that tried to show just how much the console could do (Shantae). These games made the Game Boy Color feel like more than just a re-baked Game Boy, despite what Nintendo might have said.

For the sake of argument it is true that outside the games the hardware was basically a Game Boy. Aside from that color screen the bas hardware was the same -- the same amount of memory, the same basic CPU, the same general specs. If you had a Game Boy game plugged into the Game Boy Color it would run at exactly the same pace. It would be hard to tell the difference between the two consoles with an old game, aside from maybe the teal cast of the plastic on the outside of the Color. They were effectively the same thing.

I would argue, though, that color makes all the difference. Had it not been for color a number of these games wouldn't have come out -- you can get contrast for some graphics with color that you couldn't do with the monochrome of the original hardware. Companies had to work to make things look nice on the original Game Boy and, sometimes, they could get a pretty solid black-and-white approximation of Super Nintendo graphics (just look at The Legend of Zelda: Links Awakening on the Game Boy as an example). But then color comes in and all sorts of new possibilities were opened. You could make a Legend of ZeldaCreated by Nintendo in 1986, the original Legend of Zelda game presented players with a open world to explore, packed with dungeons and monsters all ready to kill them at a moment's notice. The mix of adventure and action game play created a winning game and launched not only a successful series but an entirely new video game genre. on the Game Boy but the GBC had two even better titles (plus a DX remake of the former) that showed even better style and graphics.

What people probably expected from the "next" Game Boy was a generational leap and, truly, that wasn't the Game Boy Color. It was an iteration, not a reinvention, but it iterated really well. It did things the Game Boy couldn't and let game companies find new games and new stories to tell. It did this while delivering graphics to take on the other color handhelds of the time at a price point they couldn't match (the GBC debuted at $69). Sure, maybe it wasn't he prettiest color hand-held at the time but it had a back-catalogue of thousands of games it could play from day one along with a price point that undercut everyone else. That's hard to topple. 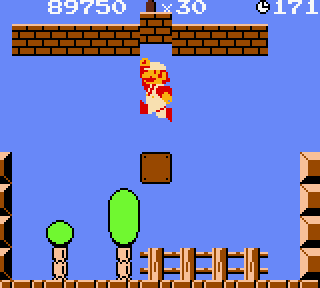 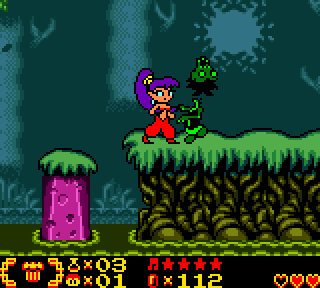 Maybe it's fair to say that the Game Boy Color was only an extension of the Game Boy line, but it did its job well. It kept Nintendo's lock on the market nice and secure until the next successor could debut (the Game Boy Advance in 2001, three years after the GBC). That console delivered everything Nintendo needed: 15-bit color allowing for some pretty slick SNES-level graphics in a diminutive package. The Color was just an also-ran at that point, quickly succeeded on all the benefits it promised to deliver. But it did deliver and it did it with aplomb.