There a history of taking side characters from one show and moving them to their own spin-off series, only for that show to fail. TV's long tail is littered with shows like this, from Joey to Booker, The Tortellis, Joanie Loves Chachi, and more. As shows age the producers want to keep the spirit going (and the money flowing) so they take anyone they can and move them to new digs. More often than not, it just doesn't work. 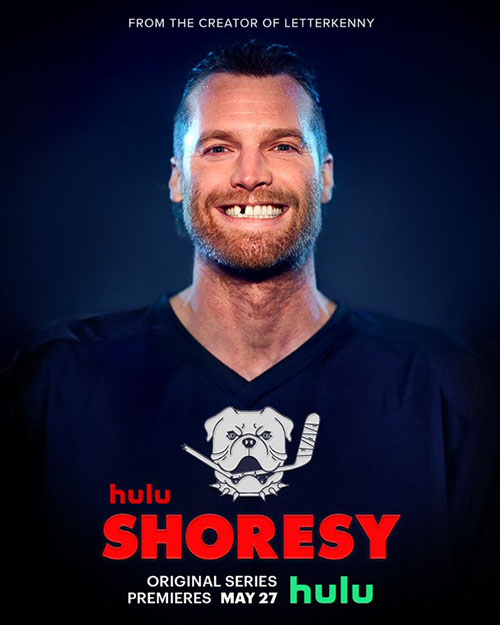 Going into Crave TV's Letterkenny spin-off Shoresy I expected much of the same. Past seasons of the Letterkenny haven't been great (see out reviews for Season 8, Season 9, and Season 10) as that show has gotten pretty long in the tooth. Taking a one-note character, Shoresy, and moving him to his own show seems as dumb as building shows around the least interesting member of the Friends crew. It shouldn't work.

Adding to that opinion we can go and look at another failed spin-off of Letterkenny, the absolutely abominable Littlekenny, a web-series with writing so laughably bad it went right back around to not being laughable at all. There is absolutely no reason to think that Shoresy would be a good show. Odds were, in fact, that it would turn out even more terrible than Littlekenny. And yet, the show manages to defy the odds, ending up putting out one of the best seasons of TV in the Letterverse (Kennyverse? LKV?) in a long time.

The show doesn't do itself any favors, introducing Shoresy (Jared Keeso, of course) on the crapper, taking a dump and chewing people out. This is the Shoresy from the old show but, after this intro clearly designed to suit the fans of the original series, Shoresy grows up (a tiny bit at least). He's captain of the Sudbury Bulldogs, a team that has managed to win 20 straight games in the Northern Ontario Senior Hockey Organization (NOSHO) league. Fed up with owning a losing team that can't even bring anyone in to watch their games, team owner Nat (Tasya Teles) tells Shoresy and his teammate (and closest friend on the team, Sanguinet (Harlan Blayne Kytwayhat) that she's shutting down the team. They suck and there's no hope for them.

This is where Shoresy steps up. He tells her that if she gets him the players he wants he'll guarantee they never lose a game again. Pulling in a rag-tag group of bruisers, Shoresy and Sanguinet (the latter functioning now as head coach) get to work trying to win games (and make the other teams pay in the process). The life of the team is on the line and, without this team, Shoresy has nothing. It's time to put up or shut up if they're going to save the Bulldogs. 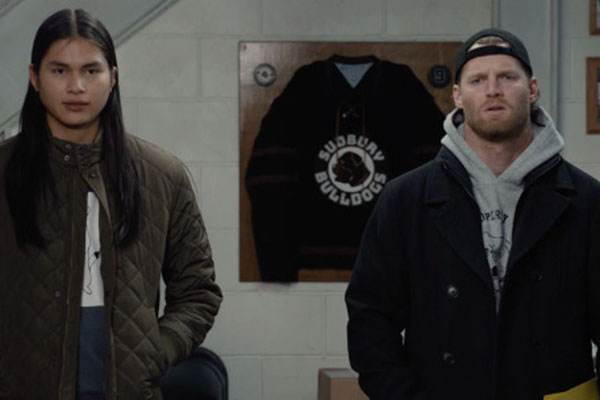 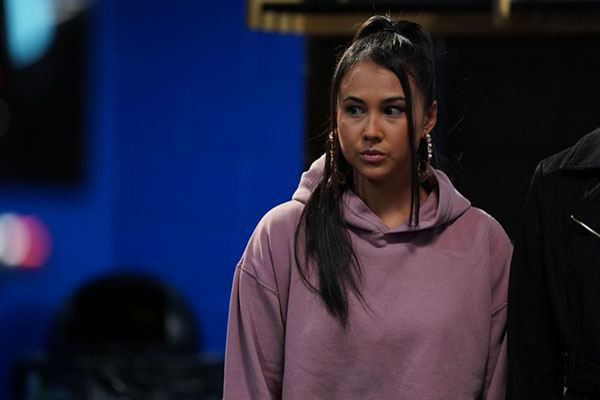 Over on Letterkenny Shoresy was used as crass punctuation. We never saw his face, just heard him as he took a crap, did exercises, and beat the crap out of people on the ice, saying nasty things about how he fucked their mothers. While that hardly seems like enough to build a real character, the impressive thing is that Shoresy manages to do just that. Shoresy cares about hockey and wants to do anything to win. Shoresy legitimately likes older women and, sweetly, courts them (without even being pushy about it). And most of all, while he shows no respect for other men, he absolutely has respect for all the women managing the team. It's an interesting way to take what we know about Shoresy and build a real character around him.

The show also has to be credits for how well it treats the minorities on the team. Hf the characters on the team are represented by First Nations actors, and all these characters are treated with respect. That also extends to all the women on the show, many of whom are in positions of power but are never sexualized or demeaned. Hell, the show goes out of its way to re-purpose the "sluts" term often thrown around by hockey players towards female fans, spitting it back as a reference to all the male players on the team instead. "That's a big squad of sluts right there." It's funny, but also does a lot to make this show feel more open minded.

In the process we get a much better look at hockey than we ever had over on Letterkenny. Instead of just a couple of hockey bros that hardly ever seem to play hockey, we get a whole team dedicated to the sport, trying to get some wins. I like this approach much more as it not only gives us a different type of story than we'd get over on Letterkenny but also something that show has been missing for a long time now: stakes.

Letterkenny has been coasting for a while now, keeping its characters trapped in amber so they don't grow or change or move away from their slacker farm lives. Shoresy changes that, though, forcing the lead character to step up, to grow and evolve, to actually do something with his life. The stakes of the team maybe folding gives the series drive, it focuses the story leading to actual interest in seeing these people do something. Yes, there's still slacker humor here, but there's also a reason to actually wonder if the players can get their lives together. That's a big step for this franchise. 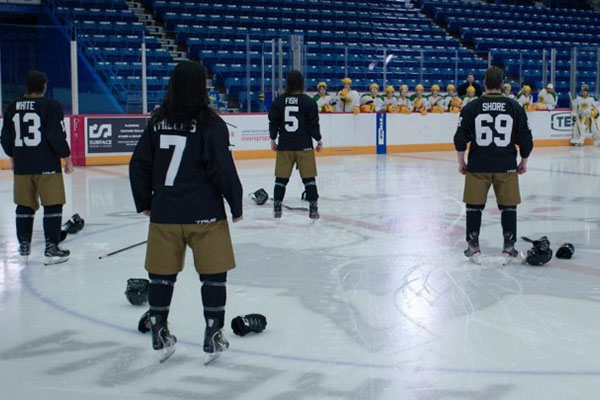 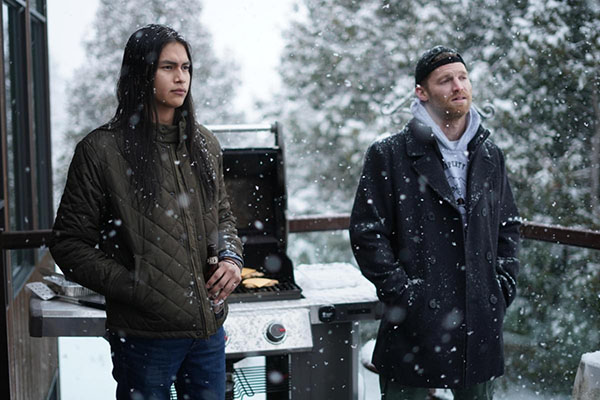 That being said, some of the issues that plague Letterkenny are still here. The writers really do like finding little running gags and beating them into the ground. Some of them play over and over again (like Shoresy always interrupting an answer with "huh", which shouldn't be funny but totally is). I get that the writers love to do verbal word play and enjoy repetitive alliteration, but you can drive that into the ground and, man, sometimes this show can't help itself. It doesn't happen as often here as it does on the parent show but I can't help but worry that it's only a matter of time.

All that being said, this first season is a much improved season of television for this creative team. I like everything they did with the story, the setting, and the characters. They took Shoresy and made him interesting to watch. That alone is worth praise, but to then dedicate it to six decent episodes of TV, that feels like a minor miracle. Whether this show manages to remain watchable for seasons to come is a question, but at the very least if you enjoyed the early run of Letterkenny then you'll find plenty to like in this first season of Shoresy.