When a Friend Asks For Help...

It's been almost a year since the last season of Letterkenny debuted, and fans of the show have been waiting expectantly for new episodes of the series. Sure, there was the "Valentine's Special" in February (with the holiday specials being regular features of the show), but as far as real, in-continuity content, fans have had a long time to sit and wait. This wait has seemed especially long since the series, traditionally, released new seasons twice yearly. 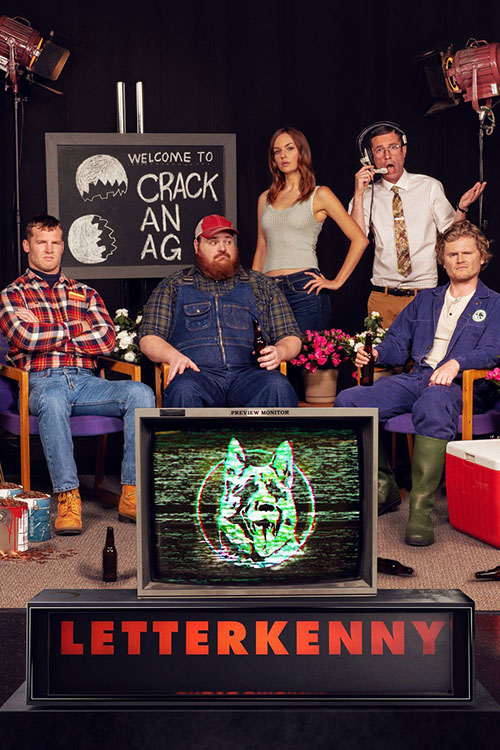 While no explanation was provided for why the show took such a long break between seasons (although it could have been as simple as conflicting schedules, what with the Letterkenny Live tour the cast now performs as well as the animated spin-off Littlekenny), but it is fair to say that expectations were high for this season. Although there have been off-seasons for the show, ones where the characters spun their wheels and went about the same kind of weird events they usually do, the last couple of seasons of the show seemed to be building to a bigger plan for the series, a path forward for the characters that eventually could change their lives. And then season seven came out and most of that works was set aside for more of the same.

Last season, the characters all seems to be following new paths for their lives. Wayne (Jared Keeso) was just about to propose to his girlfriend, Marie-Frederique (Magalie Lepin-Blondeau), Squirrelly Dan (K. Trevor Wilson) was looking at courting a nice Amish girl he's met way back in the day (and who had come back into his life recently), and Daryl (Nathan Dales), having just been dumped by his girlfriend, seemed to be striking up a connection with Bonnie McMurray (Kamilla Kowal), the town hottie. Things seemed on the up-swing for the three guys and if Wayne's younger sister, Katy (Michelle Mylett), wasn't getting the same growth it could only be a matter of time.

This season, though, the women in the lives of the male leads all seemed to be no-shows. Marie-Frederique was largely spoken of but rarely seen outside a couple of scenes and one episode, Dan's Amish lady-friend was a complete no-show, and Daryl was back to being hung up on his ex (despite hints of interest from Bonnie). Instead of trying to tackle their lives, the three guys decided to make a weekly public access TV show, "Crack an Ag", where they basically sat around on camera doing the same things they did in front of their veggie stand. For all intents and purposes (right up until the last episode of the season), everyone in Letterkenny seemed to be stuck in a rut, and it's tragic.

Put another way, the only characters in the show that seemed to show any growth or forward movement were Riley (Dylan Playfair) and Jonesy (Andrew Herr), the two hockey players that would hang out on the periphery of our lead Hicks, largely because they both had, off and on, dated Katy. A couple of seasons ago the local hockey team, the Letterkenny Irish, folded, so the boys moved over to coach the women's team, the Letterkenny Shamrockettes. And then, the boys just kind of sat around, working as gym rats. In the last couple of episodes this season, Tannis (one of the Natives, as they call themselves) wanted to buy the Native hockey league but, after being rebuffed, restarted the Letterkenny Irish, giving Riley and Jonesy and new home and a purpose in life again: hockey. 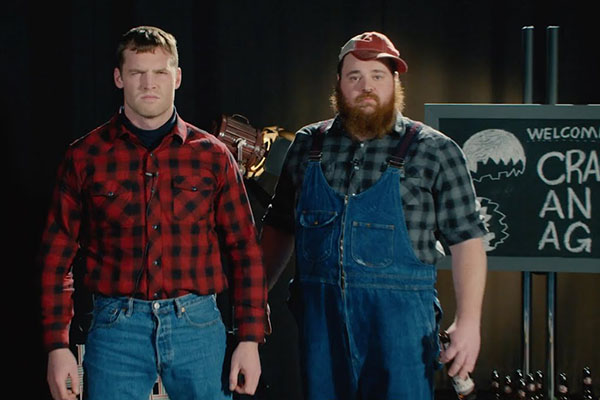 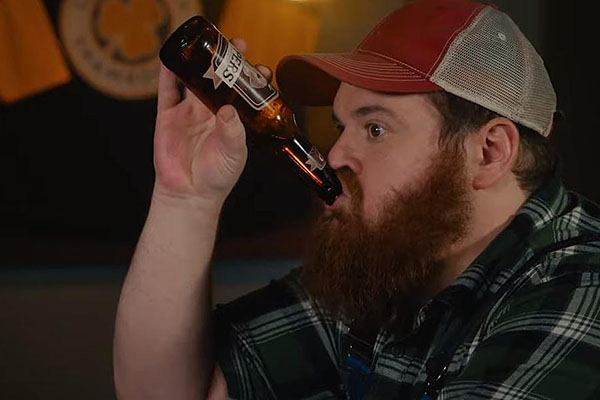 So yes, in a way, the only guys to show forward progress did it by going back to the life they knew before and settling into their old ways. Riley and Jonesy only have forward progress because they basically fell back a few steps so returning to neutral was an improvement for them. No one else showed any kind of progress or change this season, just hanging out in their old familiar patterns, doing their usual shtick. And don't get me wrong, that shtick is still funny (well, at times, as we'll get to in a moment), but after seven seasons with these characters we want to see more. We want to see them continue to grow.

Part of why I liked pairing up Wayne with Marie-Fred was that it forced Wayne to look outside himself and evolve to allow another person into his life. Sure, Marie-Fred had a lot of the same interests, and she really didn't force big changes on him, but it was forward movement for the character, a reason for him to look outside himself and start making changes to his life. By excluding her from most of the season and then, in the last episode, forcing a big change that could ruin their relationship (but which I won't spoil beyond that statement), it allows Wayne to go back to being Wayne, to not have to evolve or change in any way. They even bring back Wayne's old girlfriend, Rosie, for a cameo as if to hint that Wayne may go back to her in the end, once again falling into an old pattern.

I'm not saying the characters have to grow into completely different people, just that storytelling grows stagnant when changes aren't eventually forced on a character. Many sitcoms avoid change altogether because their stories aren't meant to be serialized -- any episode can be viewed in any order and, except for a few large events over the course of the series (like a birth, a death, or a move), the characters will continue to act as they always did right up until the series ends. That way, when viewed in reruns, viewers aren't forced to try and remember what happened before a given episode to be able to enjoy the 22 minutes of TV they're currently watching. And that's great if all you want is tried-and-true repetitive comfort food, but Letterkenny has show it can both play with its own running gags while evolving in the process. This season, though, shows none of that work.

If I'm harsh on this season of Letterkenny it's because I hate to see a good show get stale, and honestly the first few episodes of this season feel very stale. The Hicks are the Hicks and they continue to be the Hicks, doing the same thing they've always done, saying the same lines they always say (you're going to hear "when a friend asks for help, you help them" a lot this season, for example). The last two episodes of the season are the best because they force change on some of the characters (the hockey players, specifically), but there are also jarring moments that come out of nowhere simply because all the "development" of the season was left to the last half of the last episode. It's rushed at the end and unfocused for the rest of the run. 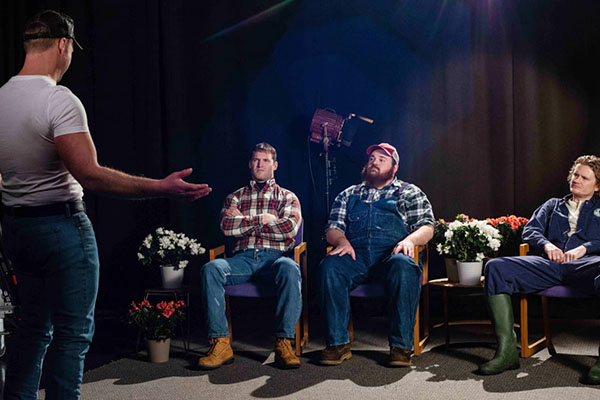 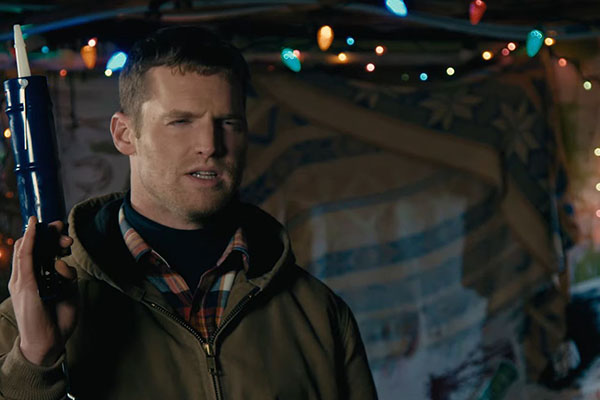 And I worry because Letterkenny reminds me of another body of work, the films of Kevin Smith, and of late that director's works have gotten stale and repetitive, going over the gags and moments that worked in the past as if to say, "this is what you fans want so I'll just do them again and again." Like Kevin Smith's films, Letterkenny features smart, foul-mouthed people hanging out, drinking and doing very little while they talk about pop-culture and life. It's a good setup here just like it was for Kevin Smith, but you can only tell the same story of people hanging out before you have to force changes. If you don't you end up like late period Kevin Smith with a bunch of movies no one wants to watch.

I've had moments in the past where Letterkenny felt like it was getting stale, but those times were still early in the run and the series always course corrected. Seven seasons is a lot of time in a series, and the long it going on the easier it is for a production team to fall into a rut, using the same gags without making big changes. I do think the series can course correct again and have a number of great seasons ahead of it. With the right push the characters can evolve again and Letterkenny can find new life once more. For now, though, the creative team needs to put their heads together and find a way to make this material fresh. Season seven was amusing at times but certainly not fresh. Hopefully it's not a harbinger of the seasons to come.