Letterkenny, We Need to Talk

Okay, Letterkenny, we need to discuss your last couple of seasons. I know there was a lot going on, what with the fast production schedule on your episodes coupled with development of the cartoon, Littlekenny, and all your stars being involved in the traveling comedy tour, Letterkenny Live, but we have to admit these last two seasons have not been very good. Your cast and producers might have been very busy, but there's been a noticeable drop-off in the quality of the comedy and its making it very had to watch your show. 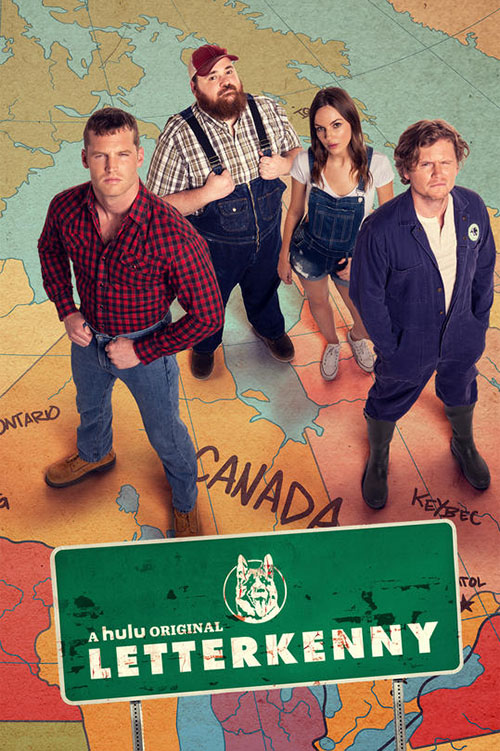 In the previous seasons it did feel like the characters slowly starting to grow and evolve. By the end of Season 6, main character Wayne had proposed to his girlfriend, Marie Fred, and the two were going to settle down. Meanwhile, Squirrelly Dan was starting to court an Amish lady he'd known way back in the day and even Dary was making moon-eyes at Bonnie McMurray. In short, these guys all seemed to be ready to move into their next phase of their lives and no longer being farm bros just hanging out with nothing better to do.

But then Season 7 took a twist and had Marie Fred cheat on Wayne. Meanwhile, none of the other relationships were going anywhere and the guys mostly just spun their wheels making a public access show that, while it could have provided new context for their lives if they'd stuck with it, they decided to ditch it after just four episodes. Basically, show, you kept flirting with having the guys grow up and become real people and then you'd let them backslide, over and over, as if the goal was to keep them unchanging for the rest of the series.

I do understand that there is a set number of episodes left for the series. In 2017, Letterkenny

It really does feel like you're coasting, not just with stories but with everything. All of the characters get their moments in Season 8, from the hockey guys finally winning a champion ship and signing on to be spokespeople for Bro Dude Energy Drink (the laziest of lazy joke names, guys, even for a show where the major drinks are "Puppers" beer and "Gus 'n Brew" liquor). But this plot line goes nowhere, with the hockey guys losing their deal by the fifth episode. Worse, all the attached characters for the hockey plot line, from the five older players (Yorkie and Boomtown and all the rest) to Tannis and her Native folk, disappear after the first two episodes, never to be seen again. 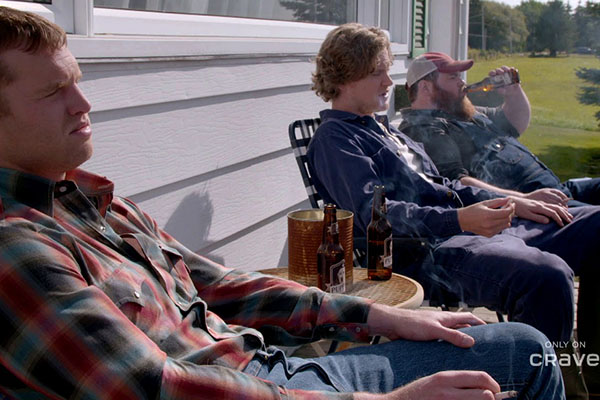 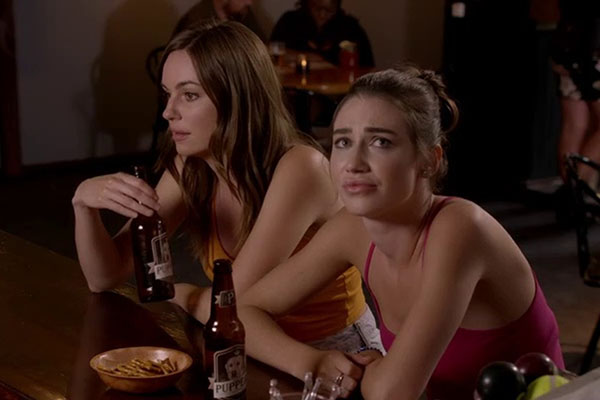 Instead, we get a storyline with the skids, Stewart and Roald, about the out of town drug dealer who has a beef with Stewart a couple of seasons back. You'd think this would build to not only a confrontation between Stewart and his adversary but also him taking back his old business (trashy as it was) and reclaiming the girl, Gae, who lived in town. But after the fight (which isn't even up to the standards of Letterkenny's good brawls), this plot line is also ditched without Stewart learning anything or regaining his girl. So what was the point?

Then there's Wayne who spends the front half of this season wallowing in his shed, watching a terrible sitcom (that we only get to listen to and, god, is it awful and not at all funny). He hooks back up with his previous girlfriend, Rosie, but the two of them have absolutely no chemistry and there's little in the way of forward momentum between them. Even a reappearance of Marie Fred, so she could apologize, doesn't add any fire to the season. It happens, and then the show just moves on to other matters. The only character that actually finds any real forward momentum in their lives is Wayne's sister, Katie, who meets an Yank and the two have a relationship for a bit... which then ends when he's caught cheating on her and her brother (backed by the rest of the town) beats him up (as is their way). So, essentially, no one really makes progress at all and we're basically back where we were, all told, in Season 4. Why?

This could all have been forgiven, sure, if you, Letterkenny were actually funny this time around, but where I would laugh constantly at the early seasons, most episodes here only elicited the occasional chuckle. Most of the time the guys would go on and on with a single gag, something half-way amusing to the writers that didn't work when acted on screen, and then it would get beaten into the ground as if repetition of a bad bit would somehow make it good. You're Letterkenny, show, and you used to be better than this.

When I first started watching you, Letterkenny, I favorably compared you to the early films of Kevin Smith. The writer/director has a certain style, long shows with characters discussing, on and on, whatever crap would float into their head. It worked, and early on it was very funny, especially when Smith would stumble upon something poignant that both made you think and laugh. Letterkenny was the same way, just with farming hicks, hockey jocks, and skids in place of the clerks, mall rats, and, well, skids of most Kevin Smith movies, and for the same reasons it was funny. The problem is that I didn't realize how apt the comparison would be as, like Kevin Smith, the creators of this show have come to simply be amused by whatever they come up with and will film it, whether it really funny or not. Sometimes they hit onto a gem, most of the time it's just boring and hard to watch. 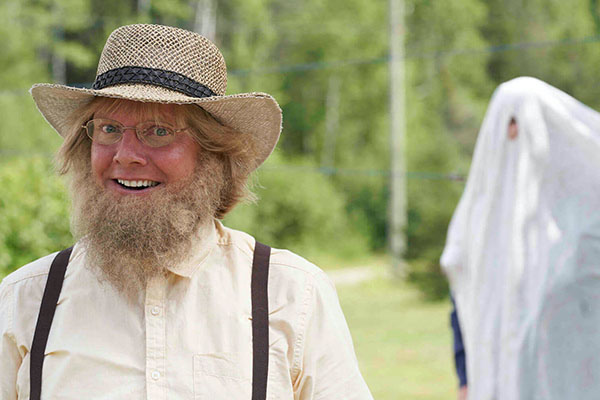 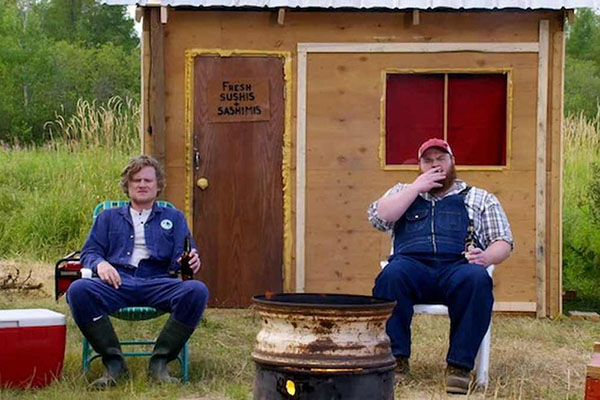 There's still time to turn this around, Letterkenny. Take whatever remaining episodes you have to focus on bringing the funny. Give your characters a chance to finally grow, to finish their stories, laughing along the way. Bring out your A-game and really hit these last few episodes out of the park (or into the goal or whatever hockey people do). Then, once you finish out the run, turn down any further extensions to the series and end on a high note. You're already starting to lose your way but if you commit to ending the show right you could pull out of your tail spin. Just don't make the mistake of beating the same material over and over again for the next few years. At a certain point, if you can't turn this around, we're all just going to have to stop watching you, Letterkenny. It's for your own good.