Pitter Patter, Let's Get At 'Er

I will watch just about anything -- this is a fact we've clearly established on this site. If it doesn't involve reality TV or animated ponies) I'll probably give it a watch. However, when a friend (one-time site contributor, Josh) recommended the Canadian show Letterkenny, I was skeptical. A small-town show about farmers shooting the breeze for endless hours? That didn't sound like my cuppa. 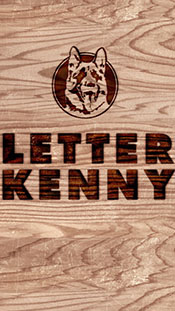 Certainly his case wasn't aided by the fact that the only way to watch the show at the time was via illegal means. The shows debuted on Crave TV, a Canadian streaming service owned by Bell, and hadn't come down to the U.S. when my friend found it. I could watch rips of the show, but I really hate watching anything illegally. Sure, a case could be made that since it hadn't been brought down state-side I could watch legally anyway I could find it, but that feels like a grey area I didn't really like to venture into. I did watch the first couple of episodes at the start, and then I waited, hoping for a legal release of the show.

Thankfully, Hulu just brought the show to its streaming network, so I could finally watch it. Which I did, practically in one sitting. For all the crap I gave it about the concept being outside my normal purview, Letterkenny was just as fun and funny as my friend declared. It is, essentially, a hangout show about a couple of farmers and, because it's Canada, also a couple of hockey players (and all the various people these guys all know), but while that's the basis of the setting and the characters, more than anything it resembles the kind of works Kevin Smith used to make (like a Canadian Clerks, essentially).

The main characters of the show are Wayne (Jared Keeso), farmer and so-called "toughest guy in town", and his sister Katy (Michelle Mylett), plus their friends Daryl (Nathan Dales) and "Squirrely" Dan (K. Trevor Wilson). The show mostly revolves around their adventures, such as they are, from hanging out on the farm, drinking and talking about stuff, to hanging out at a bar, drinking and talking about stuff. Occasionally they also hang out at the Agriculture Hall, drink and talk about stuff. There's a lot of talking on the show, but the characters talk fast and are constant with the word play, back-and-forths, and jokes. This is a show where the characters will start off talking about one of their cousins doing lines of Fun Dip, before it evolves into them sitting around discussing the fact that one of their dogs refuses to breed (she keeps attacking her studs, which the sister is proud of).

It's fair to say that almost nothing really happens on the show, but that's part of the charm. Small town life is slow and steady and even if a big event happens, it's still small by normal standards. Someone may want to throw a rave at the Ag Hall, and the guys will grouse about the fact that "ag hall is for agricultural music". Even after the rave happens, life goes back to normal, another day on the farm. 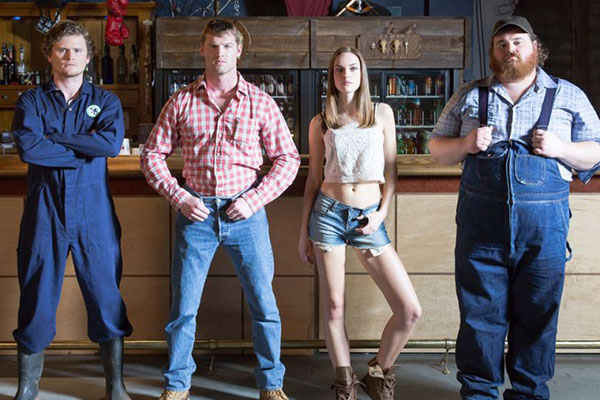 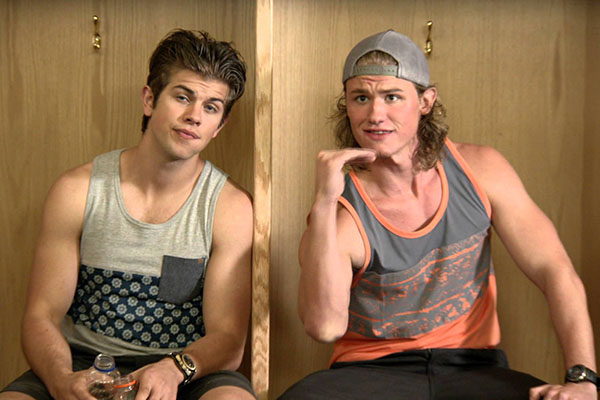 Sure, the focus of the show is small, but that's only to its benefit. Since the events are focused with little escalation, we can just spend time to the funny, witty characters. Plus, occasionally there's a fist fight (because Wayne is the toughest guy in town and other people want to prove themselves). It effectively establishes a dynamic of these farmers being the center of life in the town, like the run the tiny little joint. But you like them for it because they're witty and crass and get the job done.

I know I have a habit of going on and on in these articles, but the fact is that Letterkenny is a fun show about people just hanging out, telling weird stories and being funny. If that's sounds like it's your kind of show -- much like you know if you're a fan of the works Kevin Smith or not (and which era of Kevin Smith you prefer) -- then you need to give Letterkenny a watch. It's worth it.

And to everyone in Canada: give me the next three seasons, damn it.