Even Glorious 16-bits Can't Save the Shire

It's hard to imagine a point where Tolkien's Middle-earthCreated by J.R.R Tolkein, Middle-earth is the setting for the author's big sagas, featuring the characters of hobbits, dwarves, elves, and men. stories weren't Triple-A big-budget adventures to be adapted by one of the giant game studios, meant for a wide release that would capture the hearts and minds of gamers everywhere. You need only look back at the mid-1990s though, before the release of Peter Jackson's films at the turn of the millennium, to find a time where nerds weren't absolutely bonkers for the franchise. Sure, those of us of a nerdy persuasion love us some high fantasy, and fantasy doesn't get higher than Tolkien, but an adaptation of his source material wasn't able to will itself into glory on name recognition alone. 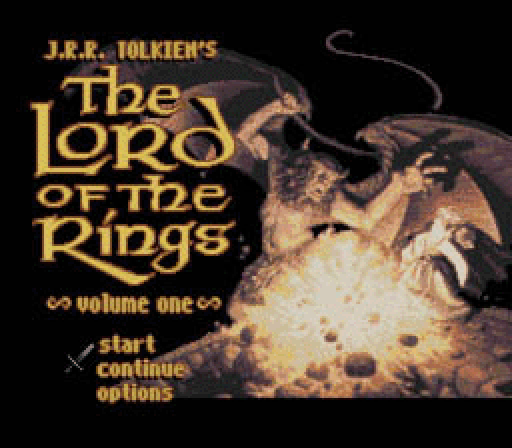 Created, and released by, Interplay back in 1994, J.R.R. Tolkien's The Lord of the Rings, Vol. I (a long title we're just going to refer to as LotR Vol.I from now on)was an ill-fated game with plenty of ambitions, dropped on the SNES with a deafening thud. Some of the blame might be a low ebb in interest in Tolkien's works, especially without the buzz of a big movie behind it. The bigger issue is simply that the game is bad. Really, really bad.

When you first boot the game up it doesn't seem that bad. The graphics are nice, with smooth animations for the era (boasting some absolutely lovely walk cycles for all the characters), but once you start playing it the game quickly falls apart. LotR Vol.I is an open action-RPG in concept, recreating the first few areas depicted in Tolkien's book, from the Shire to Rivendel and through to the Caves of Moira. In practice, though, LotR Vol.I is nothing more than a fetch quest simulator, through and through.

Wen you first open the game you can't leave your little zone of the Shire until you do a fetch quest for Sam. This then gives you Sam and opens the way further into the Shire. The you have to do more fetch quests to get more characters who gate more progression. There are barriers everywhere you go and to get past all of them you perform fetch quests. They aren't interesting fetch quests, mind you; there's no entering into a dungeon to fight a boss and get their item to take back to Merry so he'll join with you and open up the town of Bree. No, instead your idiot companions (and pretty much everyone else in the world) has dropped shit all over the landscape and you get to play a big Easter Egg hunt to help them.

This presents the first flaw of the game: if you know where you're going these quests take a few seconds and are mind-bogglingly tedious. Back and forth you weave across the landscape, avoiding monsters to get one item and bring it back to some moron so you can progress. Of course, if you don't know what you're doing the best you can do is a grid search of every map in the areas you're in to try and find some random dropped something and get your task done. It's not fun, it's just make work that can take a long time to perform. 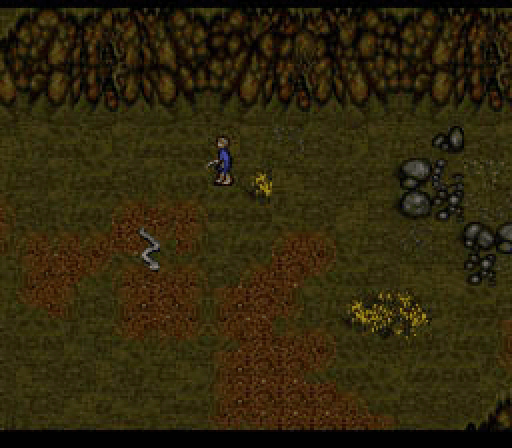 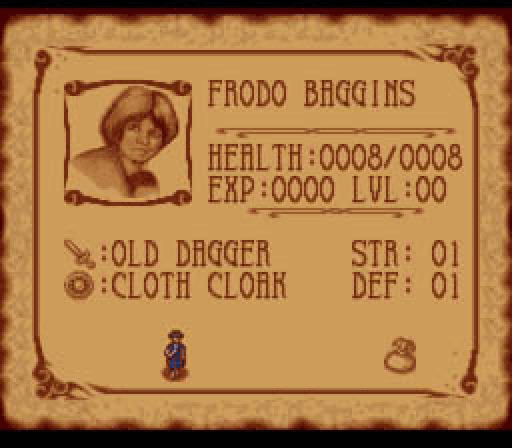 Now, you'll notice that I said you could avoid monsters. Battles in this game aren't forced so unless you want to kill creatures you can generally avoid the. The A.I. in the game is terrible and the monster animations take a while to perform so, for the most part, you can walk around creatures, avoid their attacks, and while they might chase you they'll never really do any damage. You can handle everything in the game this way and, aside from a few select monsters in the whole of the game you never have to actually fight anyone. Enjoy going around with a level 1 character if you want.

"Wouldn't that be dangerous?" you might ask. Not really because, again, the A.I. is terrible. In most encounters all you have to do is put yourself at the right angle to the monster and while they swing at you dealing no damage you're able to hit them easily. They won't move around to get a better angle on you, you can just stand there and destroy them. Couple that with the fact that some of the characters you get, even early on (like Aragorn) come with a ton of health and decent equipment and you never actually have to worry about levels or upgrading your gear (although upgrading gear isn't always smart since many of the pieces of equipment are poorly programed and glitched, so just don't do it).

Oh, and for the most part characters are optional. There are some you have to take, like Sam early on (unless you find a way to glitch past his quest) and Merry and Aragorn, but they rest you can just skip. Oh the game is ratcheted so that you're "supposed" to have them, with progressively tougher orcs that will show up to hunt you, but you don't need anyone to simply avoid all of this. Just tuck Frodo away in a corner (with a second controller plugged in to control him) and walk around with Aragorn on player one and you're fine. Job done.

In fairness to the game it did have some interesting multiplayer ideas. You can play it solo if you want but it's substantially easier if you cheese the game and tuck second-player Frodo up in a corner on each screen to be ignored (once you can). Once you get Aragorn he becomes the leader of the party and Frodo just hangs out on player two. Since the camera only follows player one, player two (and every other player) doesn't matter. Now you could play with up to eight players if you had enough controllers and multi-taps to do it, which is a neat idea in concept. However, any character that dies stays dead (at least until Frodo dies and you get sent back to the last checkpoint) and most of the characters are utterly useless anyway, so why bother. Aragorn is all you need. 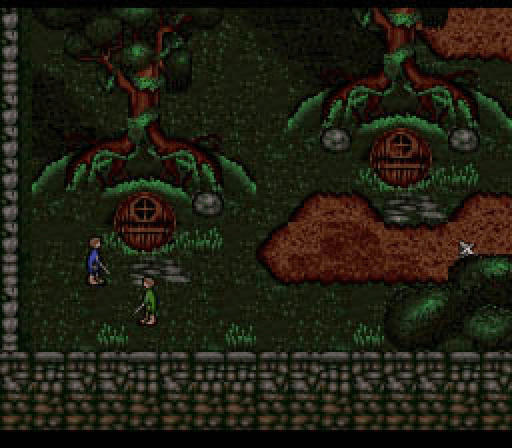 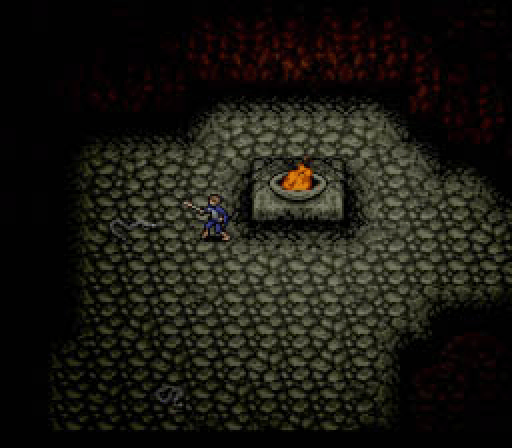 That does raise the weird thing about the game: Aragorn is the de facto leader but the game only ends (and sends you back to a checkpoint) if Frodo dies. No one else in the party matters since Frodo is the keeper of the ring. It makes some sense that Frodo is your "life", but the game doesn't follow him. It's a weird way to set it up. Plus, honestly, the most characters you have on screen the more lagged out the game gets, so you're better off killing Sam and Merry when you can and just rolling two player with Aragorn and Frodo. It's easier that way.

The biggest issue with the game, though, is that it's just so boring. You spend a lot of time wandering the same zones over and over. Some of them are simple layouts, others, like Rivendell, have huge garden mazes to explore as you wind back and forth through "halls". The worst, though, is the Caves of Moira which is one long cave system of looping caverns, all of which look exactly the same, over and over. The game clearly only had so many layouts and the developers just reused them, but it's so easy to get lost in the caves because everything looks the same. Worst of all, the caves are easily a third of the total game so you'll be in them for hours (if you don't know what you're doing). You better start mapping everything.

Of course, if you manage to escape Moira (after a seriously underwhelming boss fight against the Balrog) you're treated to the promise of Vol. II... which never came. This game bombed so hard the sequels were canned. So your only reward for getting through this terrible adventure is nothing. Seems about right considering how little effort was put into this (i.e., none).

Had this game come out six or so years later it likely would have built on the success of Peter Jackson's movies and, even if it hadn't been good it likely would have been more successful. Instead this lackluster adventure limped out, died, and no one cared. The Interplay threw the license into the lava, where it languished for years. I'm not saying EA did a better job with the series but they certainly couldn't do much worse than this sad SNES title.