I Don't Get What All The Fuss Is About

Thoughts on the Ghostbusters: Afterlife Trailer

The new Ghostbusters trailer dropped this week, a long-in-the-works semi-sequel titled Afterlife, and I have to admit, I wasn't impressed. I will fully admit some of that comes from the fact that I had just watched the Wonder WomanLong considered the third pillar of the DC Comics "Trinity", Wonder Woman was one of the first female superheroes ever created. Running for as long as Batman or Superman (and without breaks despite a comic downturn in the 60s that killed superhero comics for about a decade), Wondie has the honor to be one of the longest serving, and most prolific, superheroes ever. trailer right before hand, the first official one to drop for Wonder Woman 1984, and that trailer is so good I doubt anything else could have followed it properly (seriously, I've watched the WW '84 trailer four times so far and it's really good). But that doesn't change the fact that there's something missing from the trailer for Afterlife. 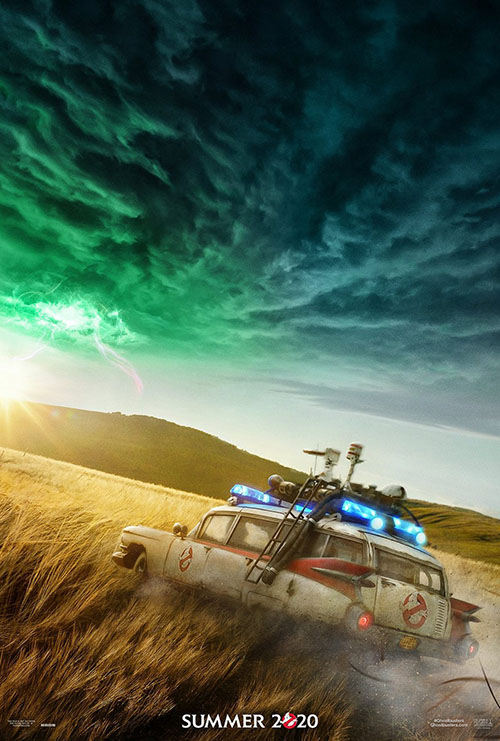 While the original Ghostbusters is considered a classic, let's not kid ourselves: the reason it works is 100% because of Bill Murray. There is a murderers row of funny people in the film, including Harold Ramis, Dan Aykroyd, and Ernie Hudson (Winston is my personal favorite), but it's Bill Murray who steals every scene, gives the film it's wit and charm. Ghostbusters just isn't Ghostbusters without Murray. He was the driving force of the first film and he still made the sequel, Ghostbusters II, watchable despite how awful that movie really is (in the pantheon of unnecessary sequels, Ghostbusters II sits near the throne, if not atop it).

If I had any qualm with the 2016 reboot, given the subtitle Answer the Call in its home video release, it's the fact that no one in the cast is a good replacement for Billy Murray (because, really, so few people are). The closest the film got was the dry, manic wit of Kate McKinnon, and, yes, she's brilliant. Like Murray, she steals every scene she's in but she's not a lead in the way Murray was in his films so there's just not as much of McKinnon's Holtzmann to go around. The movie is solid otherwise, weird and funny and I enjoyed it plenty for what it was (and you can read more about my thoughts in my old discussion of the movie after it came out).

Of course, among the Internet commentariat I was in the minority. So many loud, angry voices came out screaming about how Answer the Call wasn't a proper Ghostbusters film. They claimed that it deviated too far from the source material, let alone that it had the audacity to even touch the franchise, to make a sequel to those two hallowed films. A Ghostbusters sequel, in their eyes, should never have happened unless the original crew of actors was brought back in to make another one. Somehow, they said, Hollywood had ruined their childhoods by making a Ghostbusters film with four women in lead roles!

That last part, really, was where the Internet trolls really showed their hands: a Ghostbusters with women in it. Lady Ghostbusters. The general consensus among people that weren't (a) Mens Rights Activists and (b) idiots was that it wasn't the fact that a new Ghostbusters was being made, or that it deviated from the source material at all, but simply the fact that a film was being made with an all-women lead cast instead of all men. That's the reason they hated it, no matter what they said, and a sizable enough chunk of them shit all over the film and refused to go see it that the movie didn't so as well as it could have at the Box Office and any plans for a sequel were quickly put to bed. 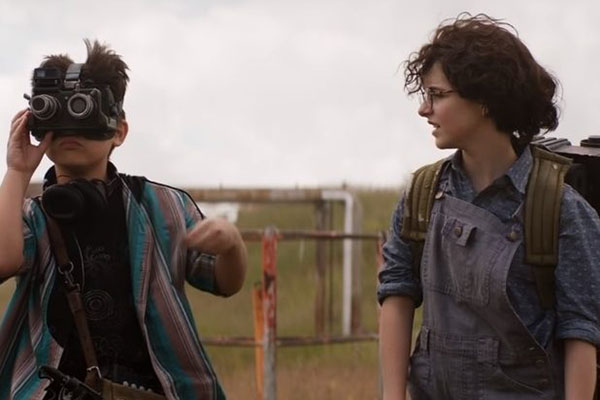 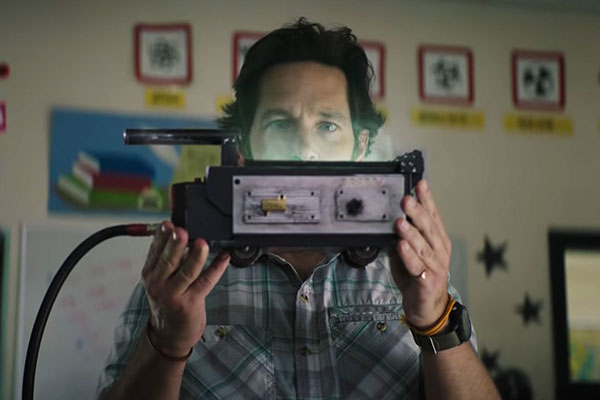 Don't get me wrong: Ghostbusters: Answer the Call is not a perfect movie. Along with the criminal fact that the movie wasn't all about Holtzmann, which it should have been, the film also does get a little draggy in places, has a pretty shaggy-dog plot over all, and falls apart a little in the last act. But, you know what? So does the original movie. It's also pretty shaggy with a really silly ending that only works if you don't think too hard on it. But it works because the movie is silly and fun and doesn't try to hard, and neither did Answer the Call. Hell if any movie should be accused of ruining the good name of Ghostbusters it would be Ghostbusters II; now that is a terrible movie and, after it came out, original plans for a Ghostbusters III were quiet scrapped by the studios (no matter what Aykroyd might have said for decades after).

If the commentators Online really wanted to show they hated any extension of the brand, that any movie that came out without the full, original cast (which is impossible at this point since Harold Ramis died) would be sacrilege to them, they'd also have to lay their hate and contempt for Ghostbusters: Afterlife. I mean, as shown in the trailer, this is a movie that basically takes the Ghostbusters universe and turns it into Stranger Things (complete with one of the actors from that show, Finn Wolfhard). Much as they used the derogatory term "Lady Ghostbusters" for the 2016 film, this new movie would need to be called "Kiddie Ghostbusters" or something, right?

And yet... nothing. Not just nothing, but the fanboys seem overjoyed by the new trailer. You can find all kinds of reaction pieces and videos from people that just watched the trailer and were blow away by it. This is a fact that really has me stumped because, honestly, this film doesn't seem like all that true an extension of Ghostbusters. Egon's grandkids move into an old home he used to own and they manage to stumble onto his stash of ghostbusting gear -- ghost traps, proton packs, and the old Ecto-1. And then ghosts appear and the kids have to go off and battle the undead in this sleepy little hamlet they live in. It's fine, I guess, about what you'd expect for a film that wants to capture the magic of the 1980s in this post Stranger Things world, but there's nothing daring or exciting about the film unless your idea of exciting is seeing the old Ecto-1.

The thing that struck me more than anything else about the trailer is that it's missing that sense of fun. The original film was a comedy with fantasy trappings, which is something the 2016 film understood. Both of those are funny movies that use the ghostbusting as a way to tell a funny, shaggy story. But this new trailer is missing the comedy. While it has the sights and sounds of a Ghostbusters movie, it lacks the humor. Maybe they're saving the jokes for the next trailer, or maybe they've gone full Stranger Things and the fantasy and mystery is more important at this point than the humor. From what this trailer has shown, I feel like it's the latter. 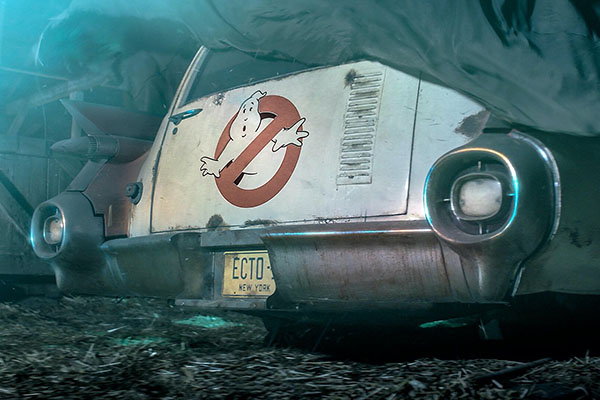 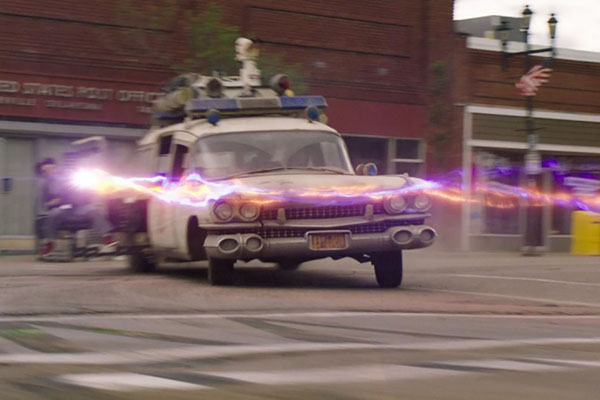 So why are the fanboys so stoked for this new movie. What is it about this film that is so much better already than Answer the Call? It's not the effects, as the 2016 movie had those, nor is it the comedy, as this trailer doesn't have any at all. My only guess is that it's not a female-lead movie so even if it does have kids in the lead roles, the boys outnumber the girls and that's okay by the fans. It's stupid and sexist and I don't like it.

Also, note: I'll likely see the film anyway. It has Paul Rudd in it and I'll watch him in anything. He's a very funny man so if anyone is going to bring the funny here, it'll be Rudd. Were I to cast a new Ghostbusters in 2019, Rudd would bee one of the lead actors I'd peg for the job, so I have the credit the studio there. Everything else in the trailer was boring, but you earned at least passing interest from my by including Paul Rudd. I look forward to him visit Conan and not showing a clip of this movie (and, instead, showing more Mac and Me).