For years Dan Aykroid was absolutely desperate to get a third Ghostbusters film off the ground. He had all kinds of crazy ideas for sequels to the original film -- one of his smash hits that, like Blues Brothers, he's tried to milk for all its worth -- most of which were unfilmable for any number of reason (not bankable and/or too expensive being major factors). 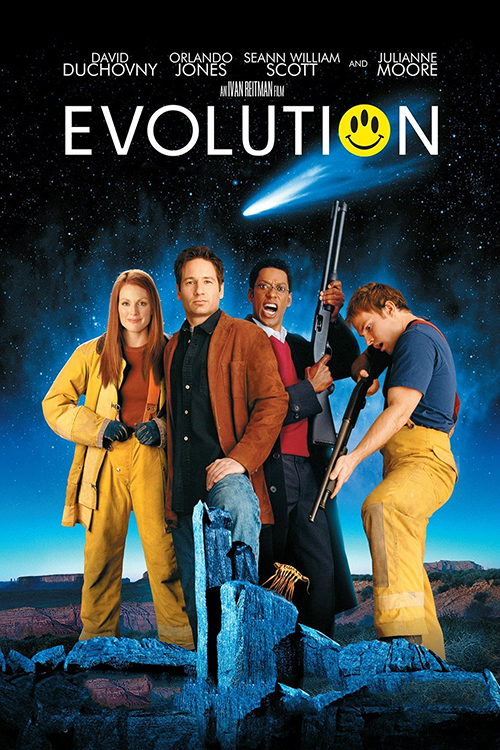 Evolution, the scrappy little film from 2001 that played in theaters to distracted yawns before fading to life as a cult classic (and then was covered recently on our podcast), wasn't meant to be a Ghostbusters follow-up. Originally written as a serious sci-fi movie, at some point Ivan Reitman, the director of the first two Ghostbusters films, came in and rewrote the movie (extensively, from reports), crafting it into something much more aligned with his own oeuvre. Whether he intended it to be a Ghostbusters film is a bit of a question (rumors are that was his idea at least), but in the end it came out as something that would fit in with the main series if it was only bent just a little more to properly fit.

In the film we're introduced to Dr. Ira Kane (David Duchovny), our Peter Vehnkman stand-in and a biology teacher at an Arizona Community College. Kane used to be a big name in the scientific community until an experiment of his went very, very wrong (as we learn deeper into the film, he created an Anthrax vaccine that, while indeed preventing the effects of Anthrax also gave its subjects so many debilitating symptoms they all dubbed it the "Kane Madness"), and the good doctor was booted to the bush leagues for the rest of his career. Things take a turn for the better, though, when Kane's best friend and fellow community college teacher Harry Block (Orlando Jones) takes Kane to a recent asteroid landing. As they discover, the rock crashed into a cave system (that, apparently, stretches across a good portion of Arizona), but, more importantly, it's also giving off gas and liquid.

Finding this interesting, Ira takes a chunk of the rock back to the lab to investigate. Going back to the site later, having seen very unusual (and quite active) life activity in the sample taken, the scientists discover that, very quickly, life is spreading throughout the cave. Real, true life, evolving at an exponential rate. It took millions of years for Human life to reach the levels this rock has created in mere days. Soon the U.S. Government arrives on the scene, taking over the discovery from Kane and Block (kicking them out), and the two heroes have to find a way to get their discovery back while also learning just how far this alien landing could spread (maybe before they take over the world, in fact).

Make no mistake, for all it's talk of science and discovery Evolution is a dumb movie. Really, really dumb, in fact. There are faint glimmers of the original script in the final product (giving the benefit of the doubt that any science that actually seems plausible in the movie comes from the original story), but for the most part Evolution is just a dumb hang-out film with two doofuses lucking into the scientific discovery of the century. 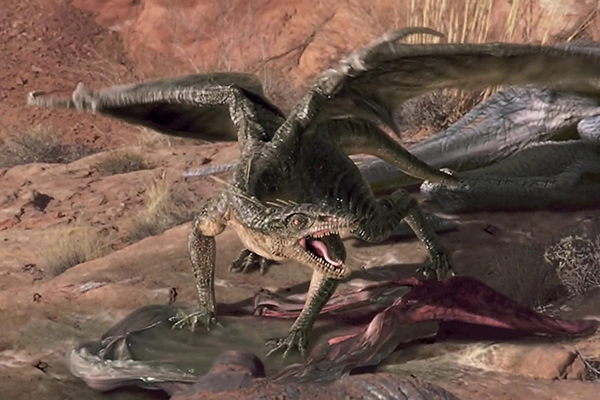 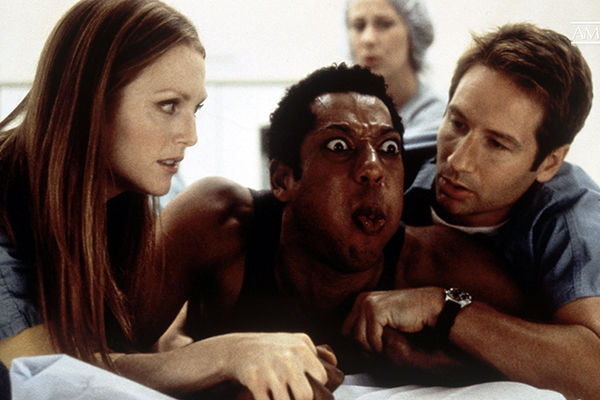 That is also, though, why the film works as well as it does. Maybe the horror-thriller it was original intended to be could have been a better film (again, giving the benefit of the doubt here), but that's not the movie we got. Instead we were given a very Ivan Reitman film, one that slots in nicely with the other films he's famous for, such as Meatballs, Stripes, and, of course, Ghostbusters. You could easily change just a few details and slot this in among any of those films, especially because the lad characters are nicely fit into the Reitman mold.

Kane is, as I noted above, Peter Venkman with a different actor in the role. If this had, indeed, become a Ghostbusters film, it's easy to see Bill Murray taking over the role and doing his magic with this sketch of a character. Someone that just barges in, does stupid science shit, and is more interested in getting into the pants of the female lead (Julianne Moore here, doing what she can with an underwritten role), well that sounds exactly like Venkman. David Duchovny is fine in the role but what was really needed was a true comedic actor (like Murray) to really make this character work. The right actor in this role and Evolution probably would have been a classic (and not just a cult classic).

For evidence of this look for further than Orlando Jones as Harry Block. Harry isn't much of a character, a low-rate community college professor more interested in coaching women's volleyball than in doing his actual job as a (really bad) geologist. That's the whole of the character, but in the hand of Orlando Jones, Block becomes the best character in the film. He's silly and funny and gets all the best moments, easily stealing all the scenes he's in, reducing Kane to little more than a straight man for all of Block's antics. And, frankly, I'm sure this was largely Jones just ad-libbing his way through the role -- if you've seen other films with Jones, such as The Replacements or Office Space, it's easy to see that mad-cap spark in his performances. That's what this film needed -- more of this from both the leads.

Frankly, without Jones in the co-lead role this film would be a giant snore. Sure, the ideas behind the movie are interesting and the special effects hold up surprisingly well (a solid blend of CGI and practical effects to sell all the creatures), but at it's core this is a dumb little movie that needed a good cast in all the roles to bring it together. Duchovny is just lost in the role, playing it a little too sad-sack when he needed to find some of that Venkman charm to really bring the role together. 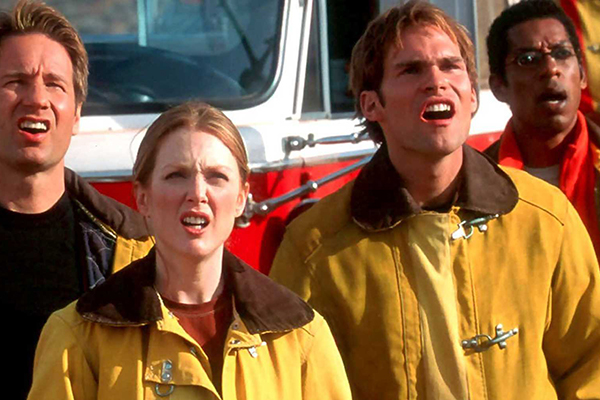 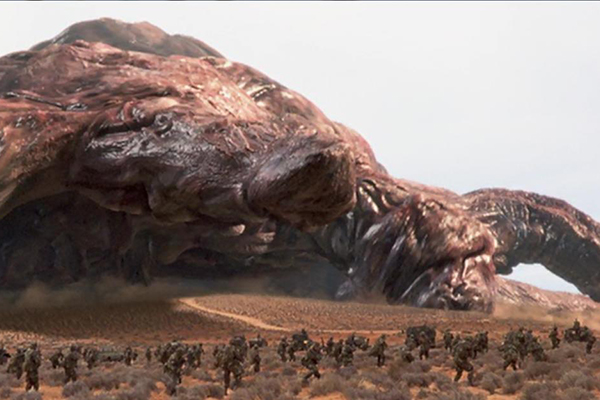 Of course, when you go and look at the list of Reitman classics -- the films I listed before of Meatballs, Stripes, and Ghostbusters -- it's pretty clear what made those films true classics: Bill Murray. Reitman had a muse, someone who could compliment the stories he was telling and find the right humor to make it all work perfectly. This film really needed Murray in the lead role, there's just no other way to look at it.

I've watched Evolution multiple times over the years and I always enjoy it, but I have to admit every time that it's not a good movie. Funny, silly, and enjoyable, yes, totally. But it's also slow at times, a touch grating, and very dude-centric. While it's easy to brush off its flaws at times (and even the film tries to course-correct later game, making Moore's character more than just the butt of jokes for the male leads by the time the climax rolls around), it still doesn't really come together like it should. It's amusing with it could have been hilarious, and that's a touch sad.