I think it should be clear that I am not a fan of the Friday the 13thOne of the most famous Slasher film franchises, the Friday the 13th series saw multiple twists and turn before finally settling on the formula everyone knows and loves: Jason Voorhees killing campers 'round Camp Crystal Lake. series. I went into this project with fresh eyes in the hope that I could find something to enjoy in this series. Unfortunately I find most of the movies to be interminable bores, repetitive in content without even any good kills to carry the day. There have, thankfully, been a couple of gems among the crap and Jason Goes to Hell: The Final Friday is one of those. That's not to say it's a great movie, but among the awful films this series has managed to crank out, this ninth effort is better than most of what came before. 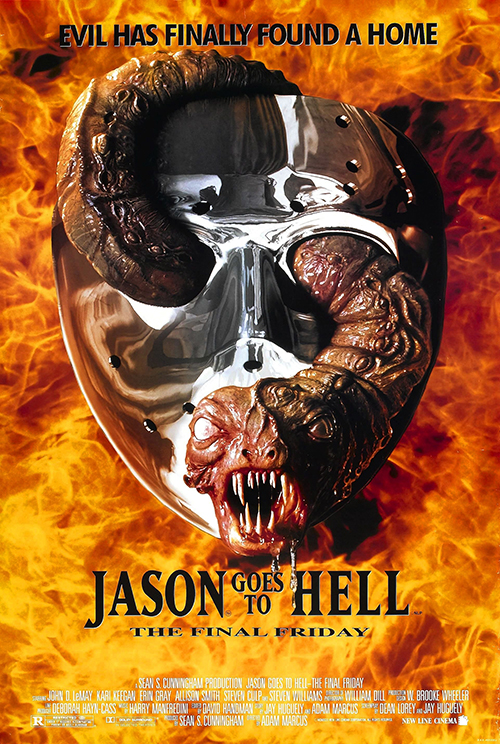 Some of that credit is due to New Line Cinema. That studio bought the rights to Jason from Paramount after the theatrical disappointment of Jason Takes Manhattan. New Line is responsible for the whole of the Nightmare on Elm StreetThe brain-child of director Wes Craven, A Nightmare on Elm Street was his answer to the glut of Slasher films that were populating the multiplex. His movie featured an immortal character, Freedy, with a powerset like none other, reshaping the expectations for Slasher movies to come. series, and the level of care that went into the best of that run is also on display here in Jason Goes to Hell. There's a slickness to the final product that was missing from just about all of the Paramount-released films in the series. This is certainly the best looking film in the series, no question. The story, though, is still questionable at best.

In Jason Goes to Hell, Jason is finally killed by the FBI in a giant sting operation. Pinned down and unable to escape, Jason is pounded down by a hail of bullets before, ultimately, being blown up. The FBI raises a cheer as Jason is finally defeated... except, of course, Jason never dies. At the morgue where Jason's body was taken, the coroner overseeing the body becomes hypnotized by Jason's still-beating heart. He devours the organ, taking Jason's essence into himself, and then proceeds to go on a rampage, picking up where Jason's previous body left off.

That leads us back to Crystal Lake. Jason (in his new body) is stalking the land once more, but now he has a specific quest in mind. It seems that while Jason may have been Mrs. Voorhees's favored child (certainly he's the one that picked up her mantle after she died in the first film), the deranged mother had a second child, a daughter. Jason needs to possess her body -- or the body of her daughter, Jessica (Kari Keegan), or infant granddaughter. The bodies Jason is currently using wear out over time, but if he can find a new host in his kin, he can once again be immortal. It's up to Jessica, and her ex-boyfriend (and father of her child), Steven (John D. LeMay) to find a way to stop Jason and send him to Hell, once and for all.

To it's credit, Jason Goes to Hell does at least try to craft a real story. The previous entries in the series, good and bad alike, have all basically had the same plot: kids go to a camp, Jason shows up, and carnage ensues until the final girl takes out the murderer. The details within each movie might have been different, but the stories were all cookie-cutter affairs. Jason Goes To Hell does away with basically all of that (only sacrificing three measly campers in the name of tradition), instead focusing more on the killer and his immortal life. It's a good reinvention for the story, one that finally doesn't feel formulaic in the slightest. 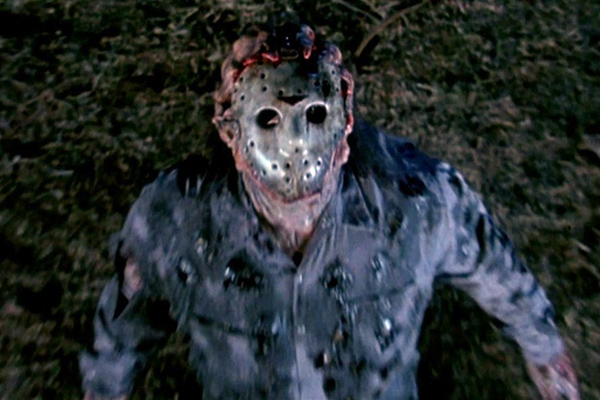 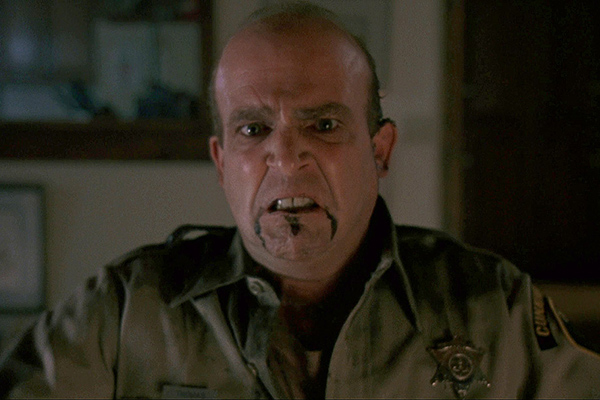 The big issue is that it makes absolutely no sense within the greater continuity of the series. There's never been one mention of Jason having any family outside his mother and you'd think that'd be the kind of thing that would get name-dropped at least once. It's especially weird since apparently his family members are the only ones capable of sending him directly to hell. Considering a bounty hunter, Duke (Steven Williams), was able to figure that out all on his own you'd think the FBI could have put it together as well (or paid Duke for the secret). Instead we've gone eight movies before anyone even suggests, "hey, you know, let's use his kin to finish him off." It simply doesn't hold up to scrutiny.

Worse is that it's not even all that original. Jason Goes to Hell came out in 1993, two years after the similarly themed Freddy's Dead: The Final Nightmare, and it cribs a huge amount of content from that other movie. Both feature secret family members that are the crux of ending the murderers' reigns of terror through silly (and poorly explained) means. Jason Goes To Hell might have fared better had it come out before Freddy's Dead (and certainly I think it's the better film of the two), but it seems less original, less inspired, once you realize the similarities between the two films.

Really, ever since Jason was brought back (as a Hail Mary) in Jason Lives the Friday the 13th series has struggled to balance the supernatural elements with the "classic" Friday style. As the movies progressed the films felt less and less like tradition entries in the series, right up until Jason Goes To Hell which is basically a Nightmare film with a different killer in the lead. It's a slick, well-produced film but it doesn't feel like a Jason film. Depending on how big a fan of the classic films that came before, this may bother you enough that you won't like this film at all.

If we try to ignore most of what came before (which, to be honest, you really don't needs to see most of the films that came before to watch this film), as a generic Slasher flick, Jason Goes to Hell works pretty well. The kills still aren't that inspired, but they are certainly gorier here, with plenty of blood and viscera. Gone is the tendency to have Jason kill someone and cut away right before the actual death is shown (a budget-saving tactic, to be sure). There are some pretty graphic, detailed kills that really up the energy of the film. Gore-hounds should be pleased with this film, certainly. 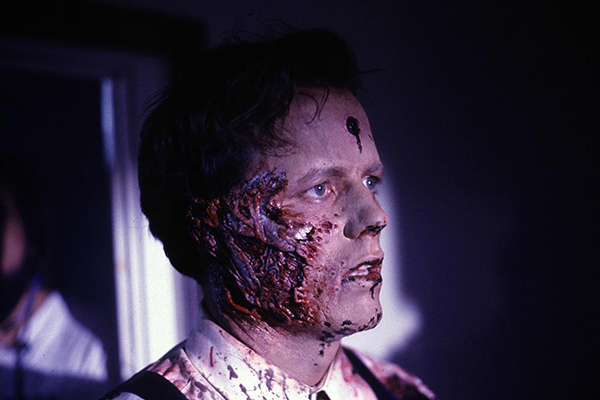 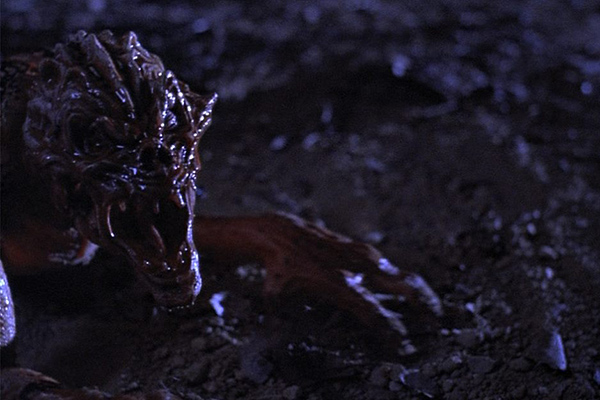 The film is able to carry its energy throughout, never really losing steam even in the climactic back-half. It doesn't all work -- the last two characters in the film manage to survive simply because Jason goes from killing people quickly to suddenly tossing his victims around like rag dolls for no reason -- but there's enough fun and scares to be had to make this feel like a successful film overall. Unlike with most of the entries in the series I wasn't bored with Jason Goes To Hell; it might have been just as dumb and silly as the previous entries, but it at least comported itself better (and in better blood-drenched fashion) than most of thee previous entries.

It's just hard to pin down who really would enjoy this film. Fans of the Friday the 13th series would probably be annoyed with the changes to the mythos, the general Nightmare-ing of the film. It's not a traditional film in the series so I could easily see fans being turned off. And then general Slasher fans expect more from their movies -- bigger kills, more creativity, more fun -- and this (supposed) last film in the series doesn't really deliver there. It's one of the better films in the Friday the 13th series, but it's still not a great movie.

That said, the series can still get much, much worse. For no good reason Jason will be brought back, and sent into space, for yet another adventure. We're nowhere near done with Jason just yet, despite what this film might have been titled.

Hubris, and not being able to read the room. After one autopsy tech gets taken over by the power of Jason, the other comes back into the morgue and starts spouting off about all the thing's he'd like to say, and do, to Jason. Considering they already knew the fiend they had on their table, one would think the unfortunate attendant could have anticipated something might happen...

Our idiot morgue technician is killed by the doctor overseeing the autopsy once that doctor becomes a carrier for Jason's spirit. He's quick dispatched, in gory fashion, with a temperature probe.

Twenty-One. The morgue attendant, two soldiers guarding the morgue, two campers, a motorist, the mother of the final girl, four cops, a restaurant owner and her two family members plus another waitress, the chief of police, and finally a bounty hunter. Then we have the hosts for Jason, each of whom die after the spirit moves on, which gives us a dead doctor, a cop, a scuzzy TV personality, and then another cop.

We also have another five kills mentioned after the fact but, since the bodies aren't shown, those don't count. Same goes for the third camper in a group that's all slaughtered. And then a customer at the restaurant may have died from a glancing shotgun blast, but that one is questionable.

And, of course, we're not going to count Jason on the list. He always comes back...