Jason Comes Back Around Again

I think it's fair to say that the Friday the 13thOne of the most famous Slasher film franchises, the Friday the 13th series saw multiple twists and turn before finally settling on the formula everyone knows and loves: Jason Voorhees killing campers 'round Camp Crystal Lake. series had essentially rendered itself irrelevant. This wasn't a sudden thing, either, as the series had basically failed to find a way to truly innovate for years. The films had all essentially been the same since Friday the 13th Part III, and while the series would sometime feint towards a different killer, or try to blend in supernatural elements, but the series had rally been in a rut for a long time. 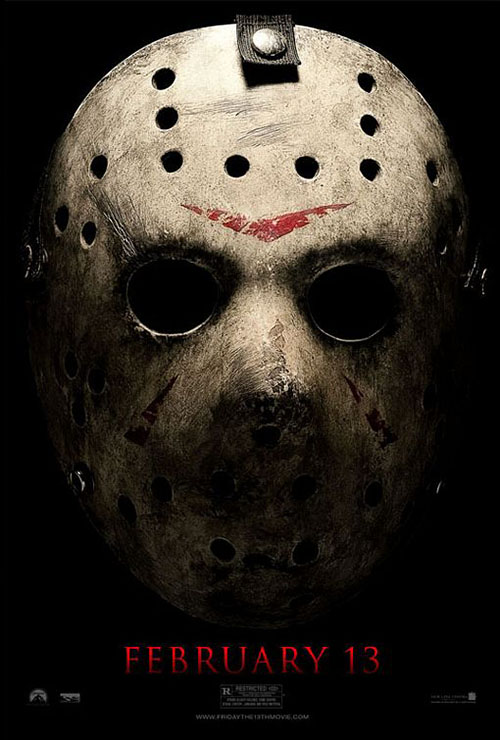 This was made glaringly obvious when New Line Cinema took over the franchise and failed to really do much with it. Although the ninth film, Jason Goes to Hell: The Final Friday was somewhat interesting, it also barely felt like a Jason film. It was also not the "Final Friday" as the famous killer would come back for a truly dreadful adventure in space and then an ill-conceived cross-over with the Nightmare on Elm StreetThe brain-child of director Wes Craven, A Nightmare on Elm Street was his answer to the glut of Slasher films that were populating the multiplex. His movie featured an immortal character, Freedy, with a powerset like none other, reshaping the expectations for Slasher movies to come. series. After those movies, the series really needed some time away, to find itself and come back strong. A reinvention, if you will, to find the core values that made Jason interesting.

That in and of itself is a problem, though, because honestly I've never found Jason all that interesting. He's a silent killer who walks around in a mask, killing people for having too much fun. He's like Michael Meyers (from the HalloweenThe franchise that both set the standard for Slasher horror and, at the same time, defied every convention it created, Halloween has seen multiple time lines and reboots in its history, but one thing has remained: Michael Myers, the Shape that stalks Haddonfield. series) with even less personality. Worse, most of the kills in his movies have been lackluster, rendering his killing sprees into rote, unsurprising affairs. Even after a few years off as the series lay fallow, I had little hope that a new reboot/reinvention of the series would really correct the ills of the previous films.

I am happy to report that, in many ways, the 2009 Friday the 13th is an improvement on what came before. While that might sound like a backhanded compliment, considering how much I disliked the previous movies in the series, in this instance I do really mean it. For a modern era Slasher flick, Friday the 13th is actually pretty good. It doesn't really do much to reinvent the form -- it doesn't go meta like Scream or try to parody the genre like The Final Girls -- instead delivering a solid, if expected, riff on the standard conventions of the genre.

The movie starts in the past, giving us a reinvention of the original Friday the 13th (this film's way of giving us a recap of what came before, a convention the series has failed to eliminate). After we see Mrs. Voorhees (a totally slumming it Nana Visitor) get beheaded by the pretty blond girl, we just ahead a couple of decades. A group of revelers setup camp in the woods near Camp Crystal Lake to drink and smoke and screw, but, of course, Jason is lurking out int he woods, waiting for his time to get revenge against, well, anyone really. If you go into the woods near the lake and dare have a good time, Jason will arrive to ruin the party. And he does, and most of the campers are killed. One camper, Whitney (Amanda Righetti), is captured by Jason to fulfill some mommy complex he's still carrying. 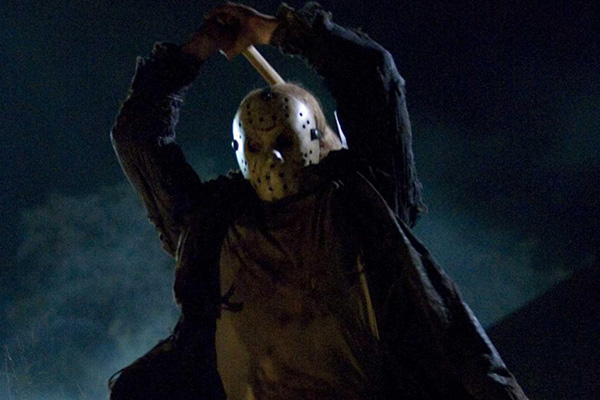 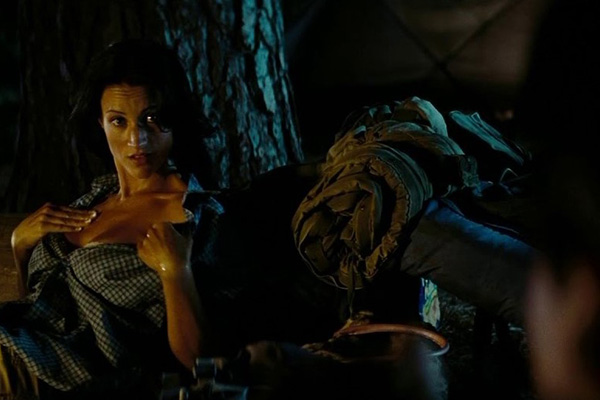 A few weeks later, a different set of partiers come to the area around Crystal Lake. Trent (Travis Van Winkle) is a rich douche and his father owns a cabin on the lake. Trent brings all his friends up with him to drink and smoke and have a good time, obvious catnip for Jason. Meanwhile Whitney's brother, Clay (Jared Padelecki), has come to the area to try and find her. All the group converge at Trent's cabin, and then they all have to band together when Jason shows up. Not all of them will make it, but maybe some will and, hopefully in the process, they'll save Whitney as well.

I will credit the film with at least finding a reason for any of the people to be in and around Camp Crystal Lake. Obviously it's a Friday the 13th film so most of the fodder bodies that show up are partiers getting to the lake to have a good time. Why anyone would willingly go to Camp Blood is a question for another movie, but there are always partiers at the camp so that's not unusual. Giving Clay a reason to be there, though, is actually a nice change of pace. We finally have someone in these movies motivated by something other than a desire to drink or smoke or ignore the inherent danger Jason poses.

Also working in the film's favor is that Jason, for much of the movie, is a half-way creative killer. In previous movies his whole modus operandi was to sneak up behind someone and immediately stab them. He stabbed a lot of people with whatever was handy, and he repeated this motion a lot. Here, though, Jason takes a little time to establish some of his kills, letting the viewer relish the tension and the build up. He also doesn't just stab everyone (although he does stab a lot), also finding time to burn someone, get another with a bear trap, shoot one person with an arrow, and hack at some others. His methods are more varied and interesting, meaning you actually start to wonder what the killer is doing, not just who will likely die next.

That said, the film isn't nearly as creative as it could have been. Scream, which came out a few years earlier, showed more variety in its kills and implements thereof, while Cabin in the Woods, released two years later, managed to really subvert all expectations for what would happen to a group of partiers out in the woods. I'm not saying the 2009 Friday the 13th had to be a meta commentary on the form, but it would have been nice to get a little something more out of the movie instead of, eventually, a bunch of partiers die because that's what happens to people around Camp Crystal Lake. 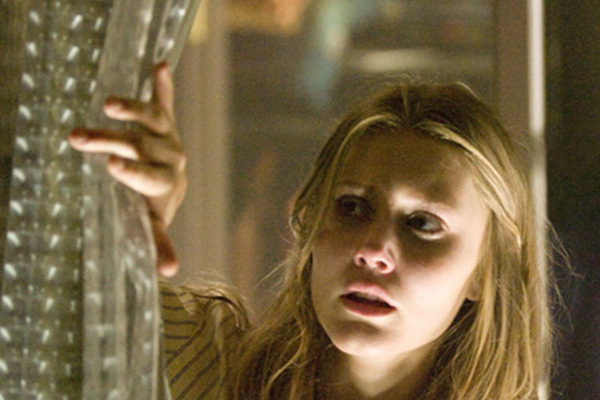 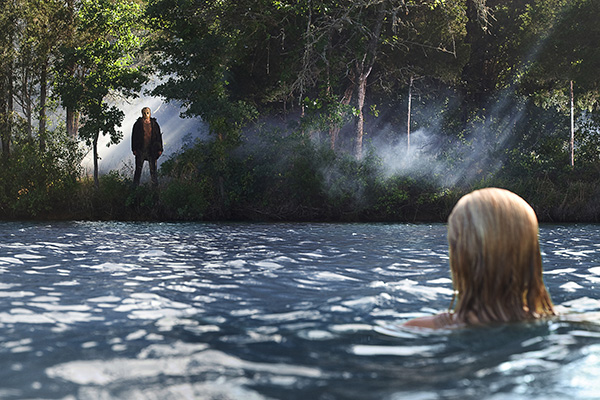 This is especially the case in the back half of the movie when all pretense of mystery is eliminated and Jason basically just gets to grind his way through whoever is left. The film basically devolves into a standard Friday the 13th film at this point, replete with over-too-quick deaths and a lot of stabbings. While the film get credit for being gorier and actually lingering on the build up and execution of the kills, that doesn't change how rote the last act of the movie feels. It's like the producers realized, "oh, right, we have to finish this thing," and went with the easiest conclusion they could devise.

As far as Friday the 13th films are concerned, I do think this remake (or whatever you want to call it) is better than just about any other movie in the franchise. It's well filmed and edited, with plenty of thrills in the early going. There are still better Slasher flicks out there, but considering a series (let alone a genre) replete with half-efforts, this 2009 film should be considered a winning flick. Just don't be surprised if you feel little need to go back to it after a single viewing. It's decent, but it's not that good.

Drinking and smoking and getting laid, all around the same time. A group of campers end up near Camp Crystal Lake, start partying, as you do, and the Jason arrives to ruin the fun as he does.

However, as far as kills from Jason are concerned, the first dead comes when one of the adult campers wanders off to take a leak. He finds a secret stash of marijuana, and then he finds Jason. A moment of elation quickly turns tragic from there.

Fourteen. Jason's mom at the start, followed by four adult campers years later, a stoner hick, seven house partiers, and a cop. Also the heroes of the film (the final girl and her brother) probably die, although the credits roll before this can be confirmed.