No One Escapes Jason's Wrath

Let's say you're a producer on the Friday the 13thOne of the most famous Slasher film franchises, the Friday the 13th series saw multiple twists and turn before finally settling on the formula everyone knows and loves: Jason Voorhees killing campers 'round Camp Crystal Lake. series. You've just released Jason Lives, a film that was enjoyed by fans (and even some critics) and helped to wash away the awful taste of (the much derided) A New Beginning. Fans really like that Jason has been brought back, now in all his supernatural glory, so the only question you have to ask yourself is: where does the series go from here? 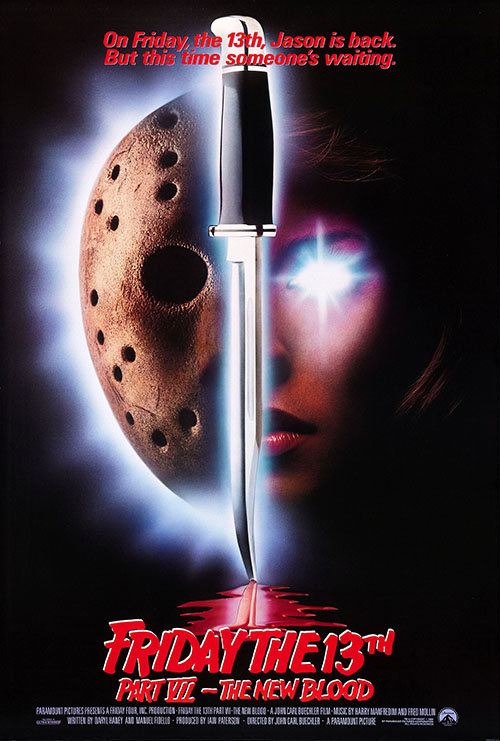 At the time there was some thought about doing a crossover with New Line Cinema's Nightmare on Elm StreetThe brain-child of director Wes Craven, A Nightmare on Elm Street was his answer to the glut of Slasher films that were populating the multiplex. His movie featured an immortal character, Freedy, with a powerset like none other, reshaping the expectations for Slasher movies to come. series, although negotiations on that film stalled (it would take another 15 years before Freddy vs. Jason would come out). The spark of that movie did inspire a different decision, namely that the studio could just crossover their star character with another franchise, even if they did it on the sly and unofficially. That's how we got The New Blood which is effectively "Jason vs. Carrie".

After the events of Jason Lives, our undead murderer still lies at the bottom of Crystal Lake, chained to a rock and forgotten. The people of town have moved on so well that they've started moving into the homes and cabins around the lake once more. That's where we find Tina (Jennifer Banko as a kid, Lar Park Lincoln as an adult for most of the movie), living with her abusive father and out-of-touch mother. After a particularly nasty fight between mom and dad, with her father getting physical, Tina runs out of the house to the lake, jumping into a boat to run away. Her dad comes tearing out, yelling at her to come back. Tina, though, wants nothing to do with him, and this is when she discovers that she has hidden telekinetic abilities. She accidentally destroys the dock her father is standing on, sending him plunging into the waters below to his death.

Years later (meaning this 1980s movie is supposedly set in the late 1990s), Tina comes back to the lake (and her old home) for some therapy. She needs help from Dr. Crews (Terry Kiser) to get her powers under control, as it's either that or she gets drugged up and locked away in a hospital for the rest of her life. In therapy she works to control her emotions, and her powers, but things often go haywire. That's how Jason gets free: Tina is near the lake, get upset about her father's death (which she blames herself for even thought he was a terrible human being), and in her rage she accidentally breaks the chains holding Jason under water. Now the undead murderer is free to roam the lake (and kill a house full of partiers), and the only one that has any chance of stopping him is Carrie... I mean Tina.

Conceptually, The New Blood is certainly an odd duck. Introducing telekinetic powers into the series almost feels like a step too far. Sure, Jason has proven to be an immortal killing machine, brought back from death more than once now, but ever since Friday the 13th Part 2 that's basically always been the case. Jason coming back from the dead (or near-death) is par for the course and an accepted part of the series, but adding in telekinetic powers just feels weird. It's a new kind of magic shoehorned into the series without any hints that it was possible beforehand. 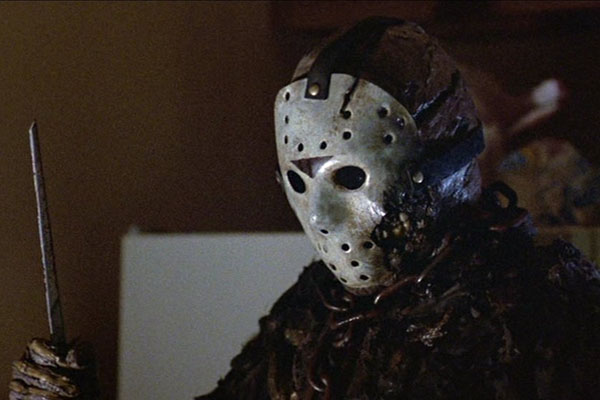 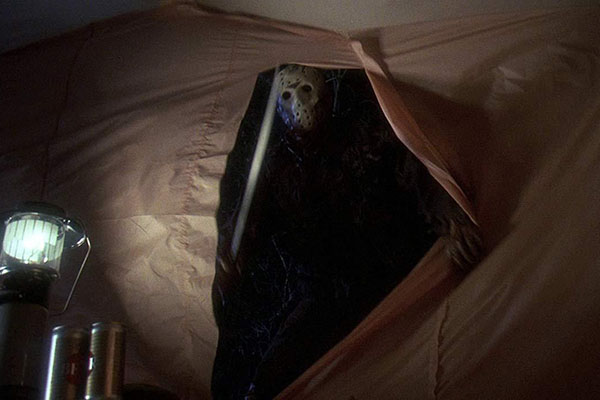 Of course, once you can get your brain to accept this addition, the rest of the film flows along fairly well. Outside of Tina's powers, really, this film is just another formulaic entry in the series, another film with Jason shows up behind someone, kills them quickly, and then moves on. Although reportedly the studio wanted this film to look better, to have a higher caliber of production values, it honestly looked and played just the same as the previous entries. The Friday the 13th films very much have a house style and this film neatly tucks into that style.

That's honestly a bit of an issue for this movie because the films have really started to wear out their standard formula. Jason Lives stood apart from the rest, the first film in the series I genuinely enjoyed, and that was because the film did two things right: it was scary (which most of the films never managed) and it didn't take itself too seriously. By contrast, The New Blood is a step back on all accounts, neither having fun with it's second super-powered character nor finding a way to derive any scares from Jason or Tina in the process.

While the previous film figured out ways to build tension, to allow the kills time to develop so they could scare the audience, The New Blood reverts in style back to how the previous films handled it. Someone will go out into the woods, maybe call out to one of their friends when they hear a noise ("hello?"), and then Jason will magically show up behind them, stabbing them with whatever implement he has handy. We're now seven films into the series and Jason (and his acolytes) still can't figure out a more creative or interesting way to kill people. The body count may climb pretty quickly, but there's no artistry to it. I'm bored with the kills in the Friday the 13th series, and they're supposed to be the only reason to see these movies.

And, really, it's not just Jason that isn't working here; Tina is also a total blank. She's supposed to be the Final Girl but she's never worth investing in. Partially that's because she spends the other time feeling guilty over the death of her father, a guy that clearly deserved it. She spends a good 80% of the film moping over this death and the rest she's scared about visions she's having of Jason. She doesn't have any kind of emotional range, nor is her story worth investing in, which leaves us simply waiting for the good stuff when her powers finally kick in... and these aren't all that great. 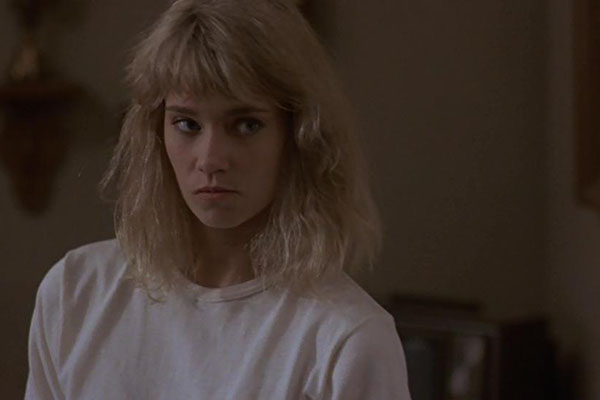 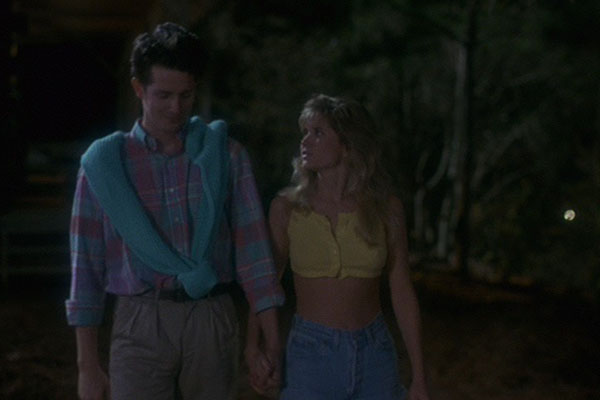 I hope you like watching little objects get moved around via string or magnets because that's about the extent of what Tina can do. They wanted Carrie in this movie but they couldn't figure out how to do effects any better than a simply sleight-of-hand magician. I have to assume the budget simply wasn't there for better effects, but whatever the reason was, Tina's abilities leave a lot to be desired.

And that just leaves a big hole in the middle of the movie. Jason isn't anything special this time around, and Tina's new abilities aren't good enough to pick up the slack. While the concept of "Jason vs. Someone" is workable, certainly, this movie just couldn't pull it together. It tries for something new but, instead, falls flat.

Being an abusive husband. We open with a family, two parents and their daughter; the parents are having a fight off-screen, once we can hear. The father hits the mother (again, off screen) and the daughter runs off. This sets up his quick extinction.

The father dies, but not at Jason's hands. Kid-Tina does him in, destroying the dock he's standing on with her (previously unknown) telekinetic powers. The dock collapses into the lake and the father drowns.

Of course, if you want the first kill from Jason, then we'll need to wait a few more minutes for two campers to enter the picture. Their car breaks down five miles outside Camp Crystal Lake and, naturally, as they walk towards their destination, Jason catches up with them. Score two for Jason.

Fifteen (probably sixteen. The abusive father first, followed up by the two stranded motorists, two random campers, and then eight of the party-goers (with a questionable ninth when a girl is thrown from a second-story window), plus two adults.