While the TerminatorIs it a series about a future nuclear war and the survivors of the aftermath? Is it a series of chase movies set in the present day? Is it a series about time travel? That fact is that the Terminator series is all of those concepts. The mash-up of genres and ideas shouldn't work, but the films have proven adept at mixing into a heady series unlike any other. series had always been in movie theaters, I didn't actually hate the idea of a television spin-off of the series. In part that was because Terminator 3: Rise of the Machines had been such a terrible waste of film -- how could it get any worse, right? -- but also because the film never really needed huge budgets to tell great stories. Sure, the first film, released in 1984, was done with $70 Mil, which was a lot for a film back then, but that's not that big twenty-five years later. In the right hands, a Terminator series actually could have worked. 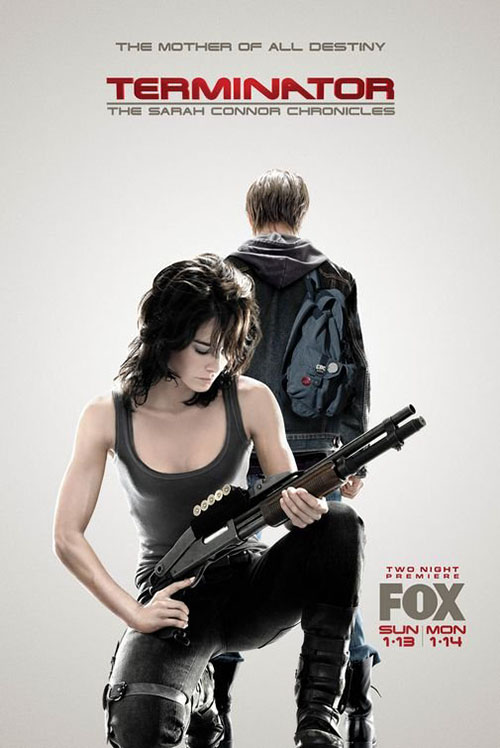 The series did, in fact, end up in the right hands: series lead Josh Friedman. That was the good news. The bad news was that the series would air on FOX, the channel that had already canceled so many good shows before (like Futurama, Arrested Development, and, of course, Firefly). The thought of FOX airing yet another show with a cultish following certainly worried fans. Even with decent airing numbers the show continually sat on the bubble for its first season. That first season, though, was exceptional.

Picking up after the events of Terminator 2: Judgment Day, the series followed mother Sarah Connor (Lena Headey, soon to move on to Game of Thrones) and son John (Thomas Dekker) as they stayed hidden, hopeful that Judgment Day had been averted. Sadly, their worries about possible new Terminators are well founded when another machine, this one code-named Cromartie (played first by Owain Yeomanand before Garret Dillahunt took over the role for the rest of the run), show's up John's school and starts shooting up the place. The Connors are aided in their fight by a good Terminator, Cameron (Summer Glau), one sent specifically to protect John at all costs. When it looks like Cromartie has them permanently cornered, Cameron leads the Connors to a fail-safe: a time travel device they use to jump forward a decade.

Now in 2009, the Connors learn that Judgment day is only four years away. They have to try and find out how Skynet comes about once more, what they can do to stop it, and how they can end the war with the humans once and for all. They're eventually aided in the fight by Derek Reese (Brian Austin Green), brother of Kyle Reese (father of John Connor), but they'll still have Cromartie on their tail along with FBI Agent James Ellison (Richard T. Jones) to contend with. The fate of the world is in their hands.

The first season of the show only went nine episodes, but it managed to cover a fair bit of plot along the way. The team managed to thwart to possible incarnations of Skynet as well as take out a Terminator supply depot, in that short span. And, as noted, they also gained a new ally, Derek Reese, in the process. The show as heavily serialized, which might have hurt its viewing numbers over all, but the solid, consistent storytelling made it stand out as a proper, well-thought out sequel to the second Terminator film. 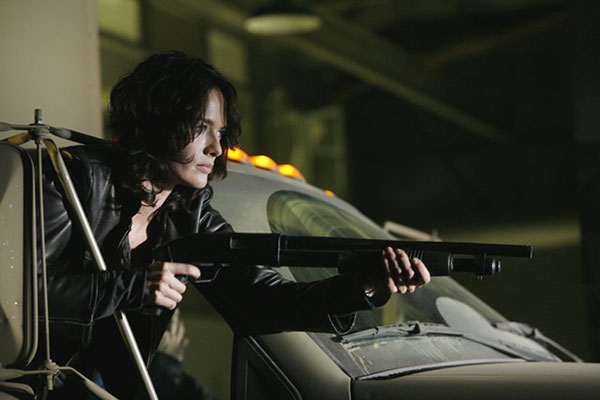 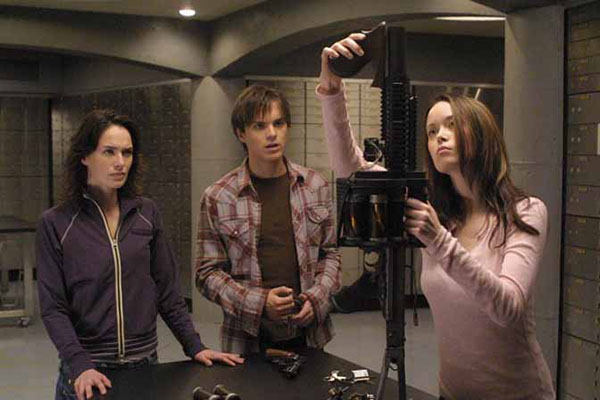 Derek Reese, in particular, was an interesting addition to the series. Although he's a character never mentioned in the original movies, I didn't hate his inclusion. It's entirely possible Kyle didn't have a brother in the original time line, or that he died during the original Judgment Day but survived once the date was pushed back 14 years. however it happened, he now exists and the show puts him to good use, getting great character beats out of him and the people (the Connors) he's forced to align himself with. He's a smart character, with a good skill set, and he's played well by Brian Austin Green. Those are words I never thought I'd write before this series came out because Green was best-known for his role on Beverly Hills 90210, and no one ever expected good acting to come out of that series. Derek is standout on this show, though, and it's hard to imagine anyone else playing the character as well.

Headey, too, owns her role right from the start. Linda Hamilton did such a great job with Sarah Connor back in the second movie (she wasn't given much to do in the first, admittedly), so it was hard to think anyone could fill that role. Headey does it, though, finding that same iron will Hamilton showed, but giving it a mothering edge, downplaying the PTSD so the character is much more relatable. She's still clearly Sarah Connor, but one that's had a few years to at least acclimate to the outside world once more, tough-as-nails but with a soul. It's a solid performance.

Less impressive is Thomas Dekker, both because he didn't look the part (he looked like a 22 year old playing a 15 year old kid, because he was) and because he just never acted the part. His John was too soft, lacking any kind of edge. As I noted over in my Terminator 2 review, playing any version of John Connor has to be hard. He's an idealized war hero at this point, any no one can really compare to that. While many people hated Edward Furlong's performance as the kid because he was too whiny, this version of John has had even that edge filed off. John here is a sad-sack pushover, not someone that can inspire any kind of confidence at all. As played by Dekker, it's hard to imagine this John ever being the leader to win the war against the machines.

Thankfully, even if John is a soft spot in the series, the terminators help to patch that hole. Both Summer Glau and Garret Dillahunt play well realized machines. Both are just alien enough that we, as the viewers, can tell they aren't human, but they handle their performances (and their action) nicely. They're aided by solid action choreography and great makeup effects to really sell their robotic nature. 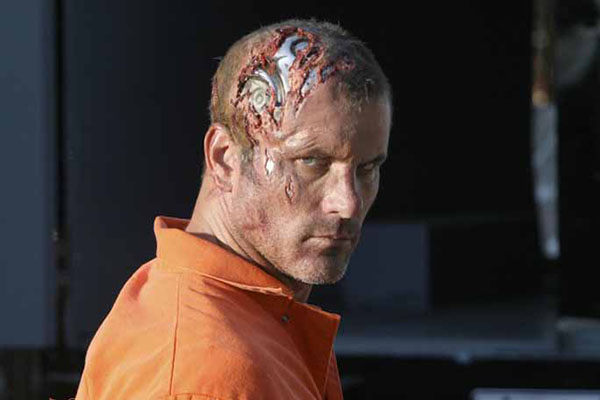 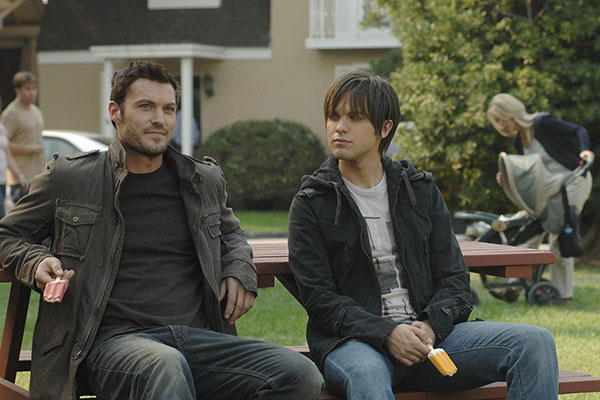 While the first episode had awesome ratings, the series very quickly started losing viewers (even in the second half of the premiere, which aired one day after the first episode). Some of that might have been the cinematography, which was pretty terrible in that first episode, but it also might simply have been because the series never told tight, easy to digest stories. Victories were small, even in the first season, and Judgment Day wasn't so easily thwarted. Anyone looking for a case-of-the-week series (where machines would show up, get killed, and everyone was happy afterwards) was looking in the wrong place.

But episodes like that would have betrayed the core of Terminator. War is hell, and that's something the series understood all too well. Especially in this first season, the little victories meant a lot, and the progress made, however incrementally, was well earned. For fans of the franchise, this first season really delivered all the good we were looking for.

Sadly, as we'll see soon, FOX stupidly canceled the show right when it was going from good to exceptional...