I find it funny that while everyone seemed to want to debate if Die Hard is a Christmas movie, that same treatment isn't given to its sequel. The second one has as much of a claim to the title of "holiday film" as the first, featuring another Christmas setting, another terrorist plot that threatens the McClane family during the season. There's holiday decorations and music through the film and the setting, an airport during the busiest travel time of the year, feeds that whole shtick. If Die Hard is a holiday film then you have to accept the sequel as one as well. 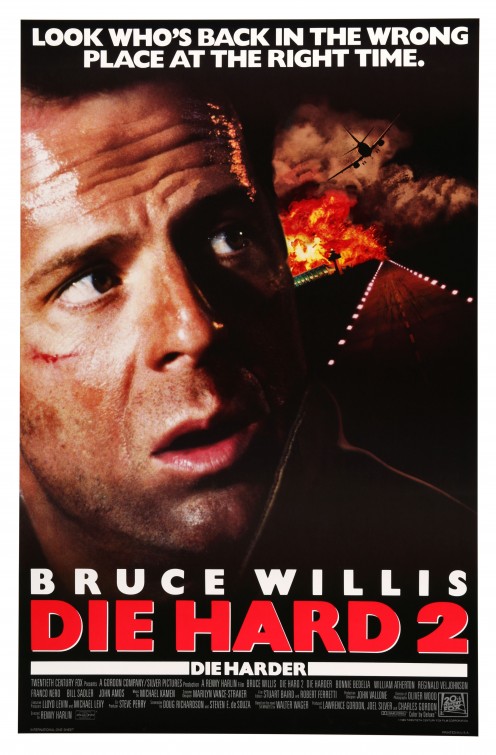 Of course, much of the reason the same conversation isn't had with Die Hard 2: Die Harder is because the film just isn't as good as the first one. The studio's thoughts on the film are totally transparent as you watch the film: "everyone liked the first one, so let's give them exactly what they wanted, only more so." So many of the basic beats of Die Hard are repeated in Die Harder that you can practically sense the screenwriter studying the formula of the first flick and placing all the beats of the movie over time, like he's tracing the original film. This makes a film that's not as good as the first one (even if it is half-way watchable once in a while).

In Die Hard 2: Die Harder, John McClane (Bruce Willis) is waiting for his wife's plane to land at Dulles Airport (which in no way looks like a different airport in Colorado, no sir). They're supposed to spend the holidays with her family, in-laws and all, but John arrived in D.C. first. Trapped waiting there for his wife, John stumbles into a terrorist plot, once again the only guy somehow capable of taking down the entire crew before a lot of people die. And, yes, his wife ends up as a hostage again because of course she does.

So the formula of the film is exactly the same. John is in the wrong place at the right time, picks up on what the terrorists are going to do, and keeps shoving himself into their plans, time and again, ever the fly in the ointment. There are still ineffectual cops on the ground, terrorists with more than one plan working at the same time, and a plot that really just devolves down to greed and money once all is said and done. Really, watching the film, the first thing I had to wonder was "if the terrorists know that John McClane is nearby, why not just cancel their plans or find a better way to work around him?" If they would have just done that they probably would have won the day. it's a rule that terrorists throughout the series should have really followed (and never do).

There are also basic issues with the film that I've never really be able to forgive, and it all comes down to a basic issue with the setup of the movie. Terrorists take over the airport, cut off access between the tower and the planes in the sky, and give the tower two minutes to set their planes in their routes before the terrorists control everything. Because Regan National Airport is iced over (as per the film) all those planes are flying to Dulles which doubles the load they have to accept. But once the terrorists take over, why doesn't Dulles send all the other planes away. The argument is that they keep only the planes on approach flying around, but that goes on for a couple of hours. 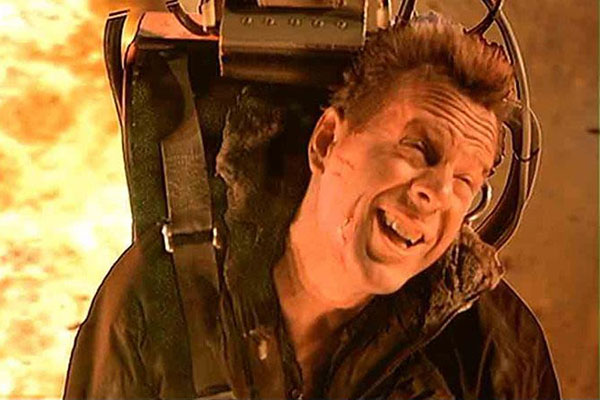 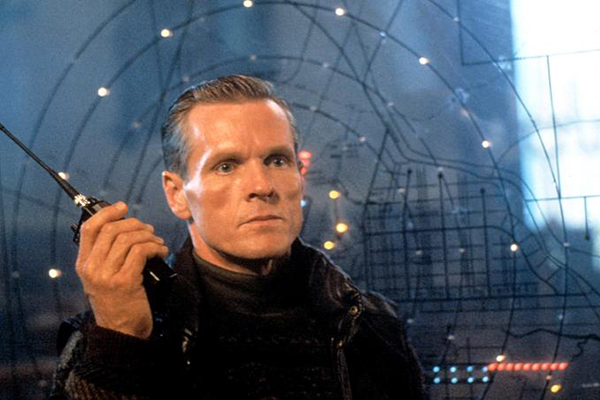 It doesn't make any sense when you think about it. There are airports all along the Eastern seaboard (such as Baltimore BWI, one hour away by car) so why not send all the planes away. Some are redirected, sure, but the airport shouldn't have left any in the air. Take away the planes and the terrorists lose all their leverage. Why keep the planes in the sky? That's the first idiotic move the airport makes (in a long line of them throughout the movie), but it's also the one that sticks in my brain the hardest.

There are, of course, other issues with the film, such as how it begins to turn John McClane into a superhero. While he still gets hurt, still takes damage, there are any number of scrapes he walks away from without flinching, incidents that would have left any normal person on their back sucking wind at a minimum. And some of the stunts as just stupidly impossible for him to survive, like ejecting himself out of a grounded plane while grenades go off below him. That's not realistic, but it is indicative of the film's need to go bigger, to go for more and more just to make the film larger than the first.

Of course, one of the biggest issues with the film is simply that it hasn't aged well at all. Sure, the first Die Hard feels like a product of its era, a film that has a number of quintessentially 1980s touches that stand out. But that film, for the most part, could still happen today with minimal changes to the plot -- have the terrorists use a cellphone jammer and voila, you have a modern Die Hard. Die Hard 2, though, could never happen now -- the TSA would have stopped the terrorists from getting anywhere near any of the sensitive areas, and even if the terrorists somehow had a way in, John McClane could never have had free access to the airport like he does. It simply couldn't happen, whether or not you accept anything else that happens in the film.

These are the things you end up thinking about simply because Die Hard 2: Die Harder doesn't grab you attention the way the first film does. So much of the movie essentially amounts to "John McClane realizes what the terrorists are doing and no one around him listens, so he has to go off and take care of it himself." Every scene basically plays out this way (lather, rinse, and repeat) to the point where you wonder why he even bothers talking to anyone else at all. He's a one many army that is seemingly able to take out every terrorist he sees so why even bother with authorities or professionalism when clearly McClane is the only man needed for the job? 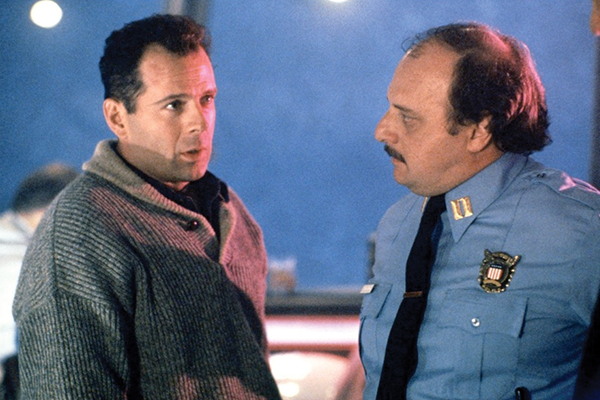 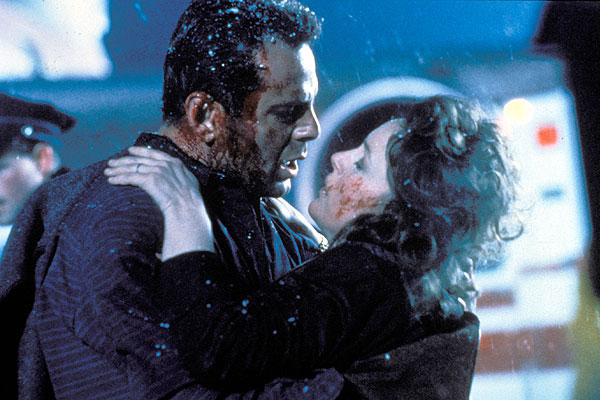 Now, sure, the movie is watchable enough and that's all thanks to Willis. The actor had yet to descend into his "anything for a paycheck, phone in the performance and go home" span of his career (which, arguably, he's currently still riding in to this day), so his time as McClane is still great. The character isn't given as much to do acting-wise, though, so mostly Willis just gets to shoot guys and then act frustrated with everyone else. It's less a performance than how Willis probably felt about the movie he was making.

But then, Willis does a damn sight better than anyone else in the film. The biggest offender is William Sadler as the film's villain, Colonel Stuart. Sadler can be a great actor in the right role (as silly as the movie is, I do like Sadler's Grim Reaper in Bill and Ted's Bogus Journey), but in Die Hard 2: Die Harder Sadler just seems lost. He doesn't give Colonel Stuart any every, any charisma, making him a poor substitute for Alan Rickman's Hans Gruber. The film is missing a great villain for Willis to play off of and suffers for it.

Could Die Hard 2: Die Harder have been a good movie? Maybe, but it would have required a better villain, and different setting, and less slavish fidelity to the first film. In essence Die Hard 2 would have had to have been Die Hard With a Vengeance to be any good at all. The Die Hard 2 we got, though, just doesn't cut it.