When I decided I was going to cover slasher films on this site I had to decide which series to cover first. I started with the Massacre SeriesA loosely connected series of movies, the Massacre Series is the creation of Roger Corman's production team. Each film is largely independent, but all feature young co-eds meeting a gruesome fate at the hands of various killers. They're dumb and stupid Slasher fare, which is a fairly accurate assessment of most films in the genre. of films to throw out an initial curveball, review something unexpected to show we'd go over any slasher flick, not just the famous ones. Of course, we do have to get into the popular ones as well, and then the question just became which one to really dive into first. Although we did already look at the most recent Halloween reboot, it feels like once you've seen one of those films you've really seen them all. Michael Myers might be effective as the shape but he's not a very creative killer. 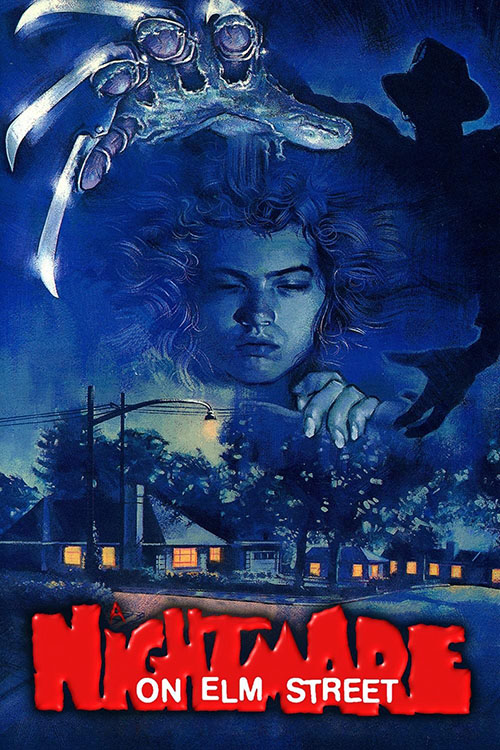 No, if we're going to really get into a long-running slasher series, let's start with a bang: A Nightmare on Elm Street, a strange hybrid fantasy/slasher film that defies many of the normal slasher tropes while still finding a way to off several teens in the process. There's a reason Freddy is considered one of the all-time great slasher killers.

The movie begins late at night with Tina, a young, blond girl, who finds herself walking (in her nightgown) through a dark and dank set of steam tunnels. She sees creepy, weird things, hears the sound of scraping metal, and is confronted by a horribly burned man with metal knives for fingers. He comes after her and right before he can attack, she wakes, startled and shaken. The next day she meets up with her friend, Nancy, and then two discuss how they've both had bad dreams about this guy (and, as they soon learn, so have their friends as well). The guy is named Fred Kruger and, apparently, he's stalking them in their dreams.

Soon enough, Tina is killed and it's up to Nancy to try and find a way to kill Kruger. Even telling her parents about it doesn't help (this despite the fact that Nancy's father is on the police force) -- telling them about Krueger simply has them accusing her of being tired and making stuff up. Their advice: go get some sleep. Not that sleep helps since Krueger comes for teens in their dreams. Can Nancy stop the killer before he claims all her friends and then, finally, her too?

I've always been a big fan of the Nightmare series (as are so many other slasher aficionados). As far as slasher films go, the series has always been more creative than the other films and series in the genre, led mostly by the gleeful, macabre performance of Robert Englund as Freddy through all the main-series titles. Going back through and rematching this first film, though, the thing that struck me is how different from the rest of the series this originating title really is. Freddy is a much more malignant force here, a shape a la Michael Myers, rarely seen before the last act and usually cast in shadows even then. He does has a greater impact in the real world than anything he does in the dreams, which ends up making this movie less about Freddy and more about the actual "Final Girl" of the film, Nancy (sorry, Tina). 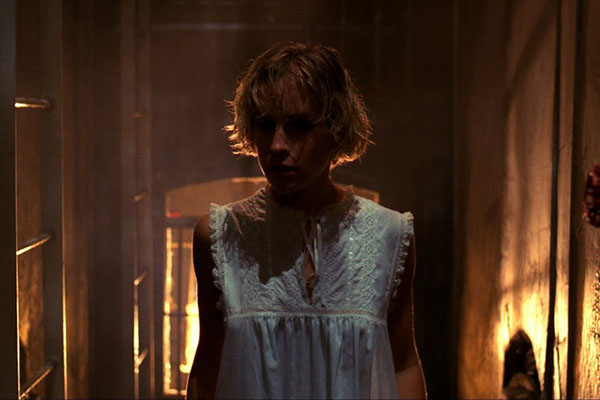 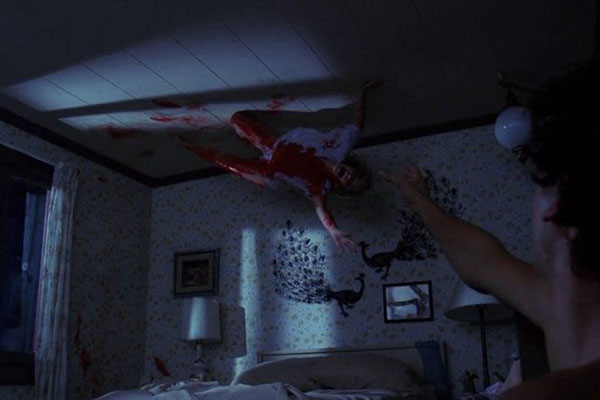 Thankfully, Nancy is played fantastically by Heather Langenkamp. Admittedly the first couple of scenes for the actress (where she has to try and play a girl five years younger than her actual age) aren't that great. Once Freddy shows up, though, and people start dying, Langenkamp imbues Nancy, more and more, with fear, maniacal energy, and restless dread. This couldn't have been an easy character to play, especially once she had to convincingly play someone strung out after being awake for seven straight days, but Langenkamp does an admirable job.

As this is Nancy's movie, there's not that much Freddy in this first film -- the movie is less of a slasher flick and more a horror thriller. At times the dread of the situation gets more scares and thrills than the actual kills. Two of the biggest kills, honestly, are less slashers and more Evil Dead-style gore fests (this movie features a blood fountain to rival anything in Army of Darkness). It's humorous and grotesque and totally unexpected, but then the killer doesn't have to play by any kind of normal rules, since he lives in dreams. The movie has fun being out there and over-the-top, finding clever ways to play with its dream world conceit, using it to the killer's advantage.

But then, much of what works comes down to Robert Englund as Freddy. His performance is certainly dark and malicious. The motor-mouthed Freddy we all are used to doesn't show up for this film, but Englund clearly enjoyed his work as this version of Freddy. He gets to play dark and twisted, a mangled wretch inside and out, and the performance brings the whole character to life. There aren't a lot of people that could rival Englund's performance here as Freddy, and that even included Englund in the later films once Freddy becomes less of a "shape" and more of a face for the franchise.

Considering the tone of the movie, it's almost odd that it spawned a bunch of sequels. To be fair, original writer/director Wes Craven didn't want it to be a series of movies and had a different ending in mind for the film -- the movie ends on a fairly weak weak twist ending that just doesn't work or match the style of the rest of the flick. The movies that followed went for the tone of the ending -- sillier, campier, more fantastic -- but miss the tone of much of this first film. The original Nightmare is darker than I remembered, really, with a malicious tone to match this version of Freddy. 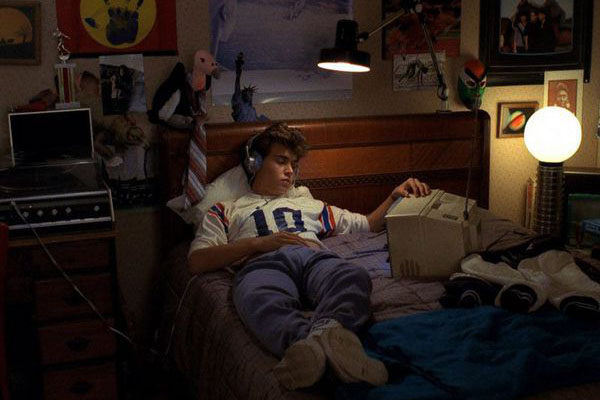 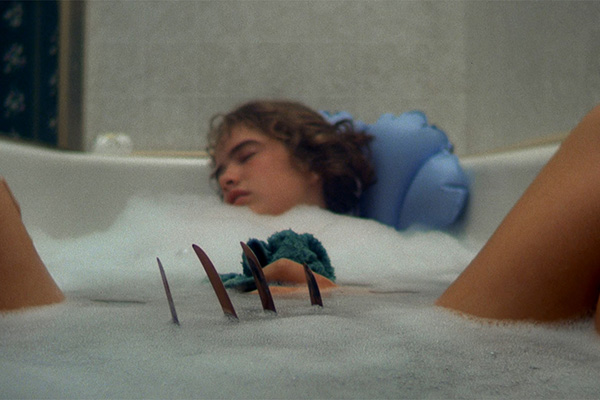 This first A Nightmare on Elm Street is an interesting beast, a different kind of watch from its sequels (as well as many other slasher flicks out there). Clearly it's a must watch for any fan of the genre, but for those with a passing interest in slasher flicks in general, I would recommend this movie. It's dark and creepy, but there aren't as many kills as some other slasher flicks. This is more cerebral, more psychological... you know, aside from the times where there's a killer with knives for fingers stalking a teen-aged girl.

Premarital sex. Our supposed "Final Girl" gets offed not long after she does the deed with her greaser boyfriend.

Right after the only sex in the movie, but it's a pretty good kill. Freddy stalks who we originally thought would be the "Final Girl" in her dreams before attacking her, and since what happens in the dreams happens for real, we see her get sliced open (seemingly from nothing), dragged around the room and up a ceiling before she drops in a comical explosion of blood.

Four. Three of them are pretty graphic but the fourth kill is weird and could just as easily not be counted as a kill at all since it's hard to tell if it really happened or not (due to that stupid twist ending).