Just When You Thought Freddy Couldn't Get More Meta

Well, this is it. Of the main series of Nightmare films, this is the last one to watch. After this we have an ill-fated crossover between Freddy and Jason (which then spawned to comics that crossed over with the Evil Dead series), and then a 2010 reboot. As far as the classic series, though, Wes Craven's New Nightmare is the final does of filmic fun. 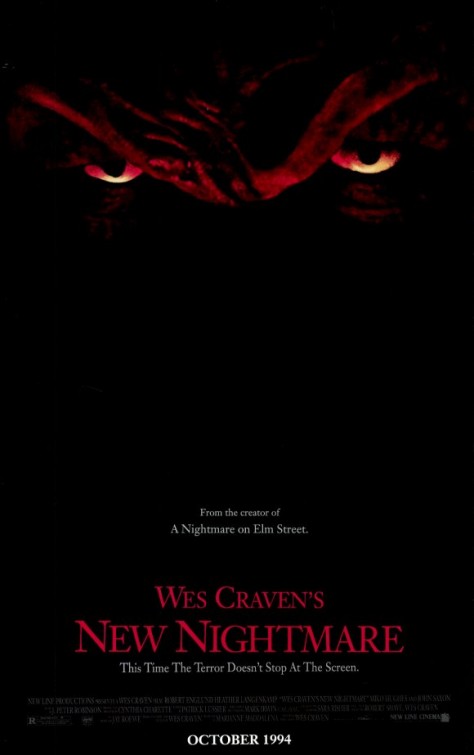 As far as the films in the classic series go, though, this was a good movie to finish out the series with. It's weird, and different, and pretty strange when compared to the other films in the series. That's because this the most meta film Wes Craven ever made, this side of the Scream series. New Nightmare is a film that loves to reference the fact that not do the Nightmare on Elm Street films exist, but this movie is a film itself. It's a really bizarre, fourth-wall breaking beast, and that's why it works so well.

In the movie, we have Heather Langenkamp (played by Heather Langenkamp), star of the original A Nightmare on Elm Street as well as it's second sequel, Dream Warriors. Ever since those two movies she's settled down, gotten married, had a son, Dylan (Miko Hughes). By the time we catch back up with her, the Nightmare series has come to a close (with Freddy's Dead). The fans, though, are calling for another film, and New Line Cinema (the production house behind all these movies) is ready to revisit the well. This time, they want Heather to come back to play Nancy again (despite the fact that her character died in Part 3).

Heather, though, is reluctant. She's had a crazy stalker calling her and sending her letters. Her son, too, has started acting weird, quoting lines from her movies and talking about how a creepy man keeps trying to come into the real world from his bed. Despite the fact that both director Wes Craven (Wes Craven) and Freddy star Robert Englund (Robert Englund) are on-board for a sequel, Heather resists. But once things start getting really strange, and it seems like Freddy is somehow making his big return in the real world, Heather has to become Nancy one last time and defeat the Dream Master all over again.

What I dig about this film is just how weird and out-there it gets with its story. It's an entirely self-referential beast, openly exploring the behind-the-scenes production of the Nightmare series. While this could easily have been irritating, a masturbatory experience on the part of the whole production team, the film plays it straight, using this new setting to try and give us twists on the standard nightmare formula. And, for the most part it works. The early portions of the movie get the best mileage out of the setup, letting us slowly drift into this weird hybrid reality the story sets up. 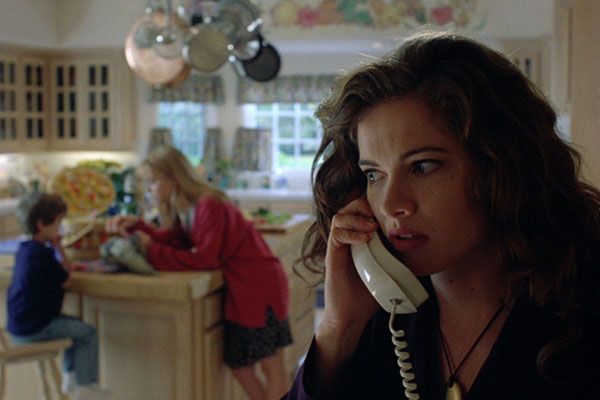 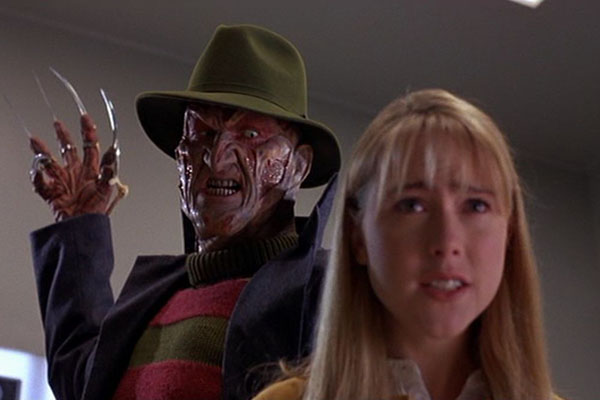 What also works are the references back to the original films, from certain lines said, creepy effects, and at least one kill. Everything is meant to call back to Nancy's first adventure, a way to show how Heather is getting sucked back in to not only playing Nancy but being Nancy. But, as a nice inversion of this trope, Nancy is the one trying to pretend that nothing bad is happening. Freddy isn't real, right, so of course she should encourage her own kid to try and get some sleep. The whole setup is really well done.

Unfortunately, the whole weird story starts to wear thin by the last act of the movie. Once Freddy makes his presence known, once he emerges into the "real world", the film devolves into just another Nightmare films. Freddy gets more cartoony, the action becomes more over-the-top, and I lost interest. The film didn't really have anything new to do or say with Freddy that hadn't been done six times before. While there was a joy to be had in seeing Langenkamp take on Freddy one more time, it wasn't enough to sustain the last act.

Much of that, though, has to be blamed on Miko Hughes. By making Hughes's character Dylan the portal through which Freddy is trying to break back into the real world, it also meant that Hughes had a lot of screen time in the movie. To be frank, he is one of the most annoying child actors of the era. he was in no way up to the task of playing Dylan, rendering his scenes either laughably bad or gratingly so. Given a choice I would have recast the character first and, if that couldn't have been done, downplayed how important he was to the story, re-cutting the film and re-shooting as much as possible to remove Hughes from the movie. He ruins every scene he's in.

It's a pity, too, because so many other actors in the movie are doing their best. Langenkamp, naturally, is great in her role (as she's played it twice before, in effect). She's comfortable playing a scream queen and can mine goo, manic emotion as a wired, edgy, sleep-deprived victim. She carries as much of the movie as she can, elevating any scene that doesn't have Hughes in it. 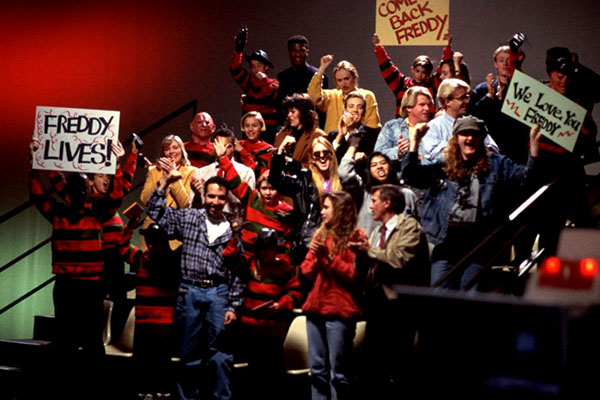 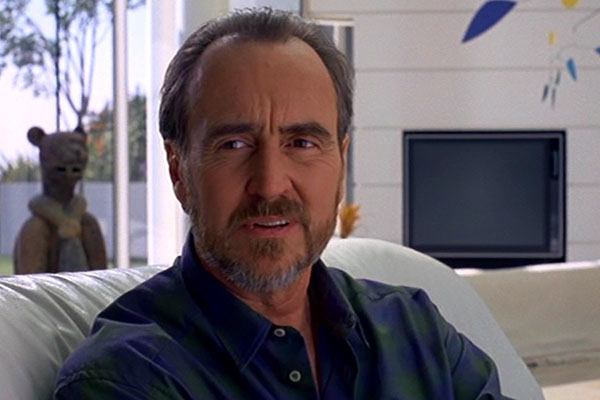 I was also pretty happy with the extended cast. Robert Englund is, of course, great as Freddy, but he also managed to be pretty good playing himself. Wes Craven, too, has a role in his own movie (in a scene that makes the "Wes Craven" in Wes Craven's new Nightmare more than just a directorial affect). Most director cameos are terrible (look at any scene featuring M. Night Shyamalan in his own movies) but Craven was up to the task of not only being featured in his movie but carrying a pivotal, and plot-dependent, scene.

There's a lot to like about Wes Craven's New Nightmare. There aren't a lot of movies like it, especially in the slasher genre. Yes, it falls apart in the last act, and yes the child actor sucks. If you can get past those flaws, though, this seventh and last film in the Nightmare series sends the films out on a solid note.

Falling asleep while driving. That's a dangerous thing to do, kids, so if you're starting to fall asleep at the wheel, pull over and take a nap.

Although the first kill seems to come at the start of the movie, in the opening sequence that sets the meta tone for the film, it's quickly revealed that the opening section is all but a dream, and thus that first kill (and the quick follow-up) don't actually count. Unless they did, as the movie hints later that they might have actually died due to their dreams.

Still, if you don't count those, the real first kill then comes later, when heather's husband is driving back late at night from a work site. He falls asleep at the wheel (likely under the sway of Freddy), gets stabbed in the chest with Freddy's claw, and then smashes into a wall.

Two (or four, depending on how you count them). Up to three special effects technicians, and the Dylan's babysitter.