In entertainment news today, MTV is looking to reboot Daria. Titled Daria and Jodie, the new series will (somehow, someway) follow the exploits of Daria (our favorite, take no shit, would be a side character in any other show) and Jodie (the overachieving girl that would sometimes show up to call Daria on her shit and was, also, one of only two characters of color to regularly feature in the series). 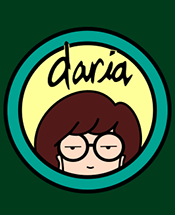 My gut instinct to this is to balk. Sure, some of that is because I'm a huge fan of the original series. As a teenager, Daria was kind of my spirit character. Other than her being female (which, aside from her occasional crush, gender wasn't really a big emphasis for her character), I had a lot in common with Daria during that era. She was around my age when her show aired, and I dug just sitting around, catching marathons of the show on MTV on lazy weekends. A new series certainly wouldn't "ruin my childhood" since I still have the old show (literally, since I own it on DVD) and nothing is going to force me to watch the series if it ends up sucking.

The fact is, though, that I don't see much of a point to retooling Daria. The first show took us through the whole of high school, from Daria's first day at a new school at the way to her graduating and going off to college. Just putting her back in high school for more adventures would simply retread the same ground the show has been in before. We've already seen her get her license, get a job, learn responsibility, and learn to accept her annoying younger sister, so what else is there for her to do that the original didn't already do?

Plus, if it does take her back to high school is Jodie suddenly going to be her new best friend? While the two had stuff in common (both being super smart teens tired of all the people around them), they never really spent a lot of time together (I struggle to remember more than one episode, where the two went to a prestigious college to tour the facilities, where they had major plotlines together). And where does Jane, Daria's artsy best friend from the original show, fit into this. Is Jodie replacing her, or is there suddenly going to be a trio of girls hanging out? I don't get the dynamic at play and while future reports will probably explain all this, I still don't understand what the point is? What new perspective will the show be able to give us on the character of Daria?

But, okay, let's assume it's not a reboot. Maybe it's a continuation? Maybe it's "Daria and Jodie" because we'll be following them to college with new side characters. Sure, I can accept that Jane will likely go to a different school, an art school, if she goes to college at all. That would split up their dynamic and force each character to explore new avenues. You know, like in the movie-length series finale, Is It College Yet?. So a continuation could work from that angle, I guess. It certainly would explain why Daria and Jodie are now hanging out together. 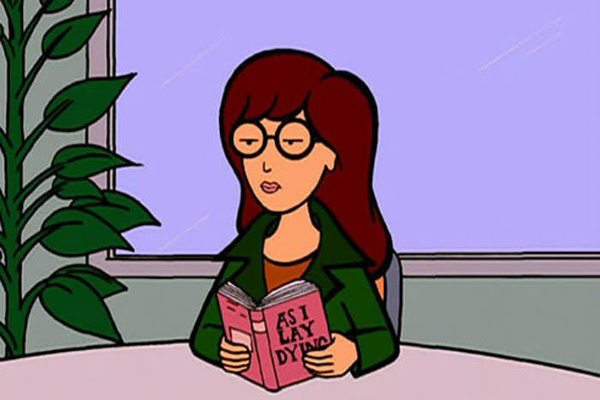 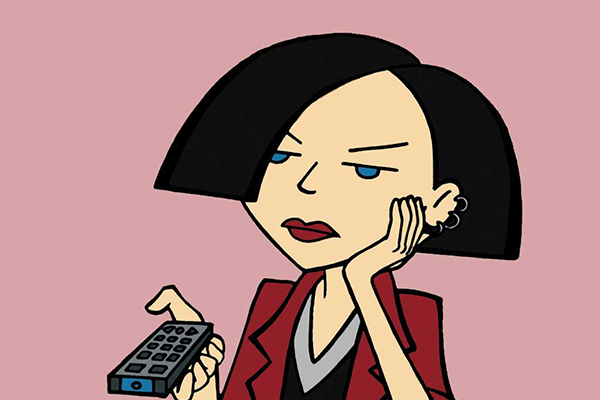 So let's assume they are going to set the new series in college, make it a sequel to the original show. Is Daria a character that will work outside the high school setting? I ask that not to poo-poo to the idea but as an honest question. From experience, shows set in high school struggle when the characters are transplanted to college. Who really wanted to watch Saved by the Bell: The College Years? I know I did when it was on, but those episodes were less than memorable. Zack Morris was a charming character early in the SBtB run, but his antics became less and less interesting, especially once they left Bayside High and had to start growing up in college. And there's Buffy which fired on an cylinders in its second and third seasons, but struggled and lacked focus once the characters moved on the college in season four.

I'm not against reboots or continuations. I mean, I have covered a number of reboots here, such as the 2012 TMNT and Spider-Man: Homecoming, so I'm all for taking old material and giving it a new spin. I also really enjoy the Fargo series and, some day, really need to talk about it on this site. Continuations of characters or themes can work and work well.

I just have to wonder if Daria is a show that really needed it. What new stories can be told that haven't been told before? MTV has already helpfully provided a case study for this question, one already set in the same universe: Beavis and Butthead. The original series ran for four years in the mid 1990s and was popular enough to warrant a spin-off, Daria, as well as a theatrical release, Beavis and Butthead Do America. At their height they were inescapable. Then, eventually, the fandom walked away and the show ended. Cut to 2011 and B&B made a return... for all of one season. The general reviews I read of the show at the time as had the same thought about the show: inessential.

Who was the audience for a Beavis and Butthead continuation? The teens that watched it growing up were 15 years older and likely didn't find the subversive antics of B&B nearly as entertaining the second time around. And it's not like new teenagers would know or care about B&B when the revival came back. So what was the point? Why tell a new season of Beavis and Butthead except because you have the brand and you may as well try to eke some money out of it. 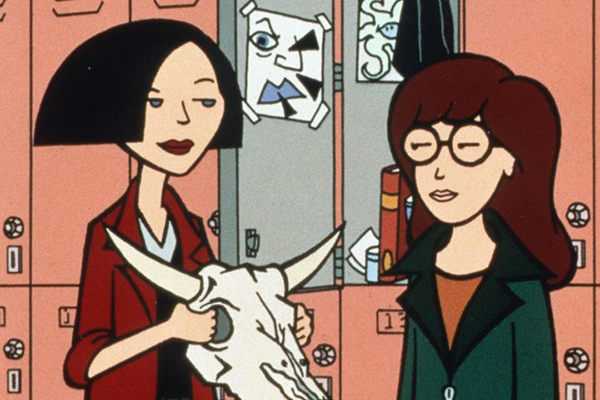 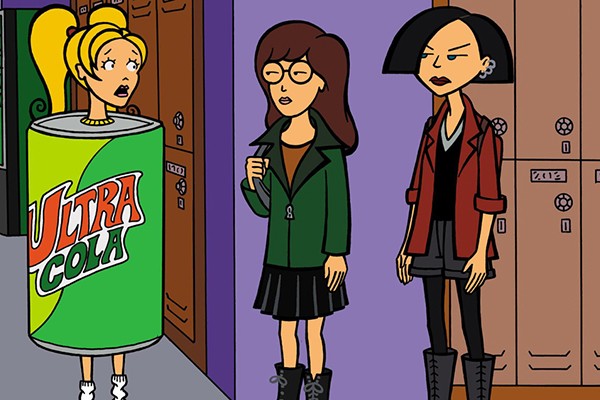 That's my concern with a Daria revival. Is this coming back because there are good stories to tell or simply because MTV wasn't to get some more advertising cash from running a show adults are familiar with? I mean, hell, I'll watch it because... well, I watch everything. But will most adults (that were teenagers and the prime audience back in the day) watch it? Will their kids care? Who is this show being pitched to?

Daria was a show of a specific time for a specific audience. If the new Daria and Jodie takes off, mazel to everyone involved. I'll reserve my final judgments for when it comes out, I'm just already wary.

Still, it's a good thing I have those classic DVDs to watch one way or the other.