On it's face I will admit that Daria was not a show I would have watched. Not because the lead character is a woman (and I'm a dude) -- that kind of thing has never bothered me before. Hell, most of the characters I really enjoy (Buffy, Wonder Woman, Batgirl, Black Widow) are female. No, the reason I never expected to be a Daria fan was because it was on MTV, a network I didn't traditionally watch growing up, and because it was a spin-off of Beavis and Butthead, a show that never hooked me. Beavis and Butthead are idiot characters without any redeeming qualities which, I get, is their whole point. I can understand the humor behind them but those aren't the kind of characters I can tolerate. 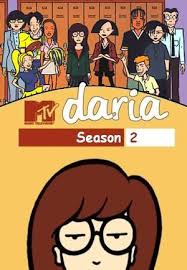 The thing is, though, if you didn't know that Daria was a spin-off of Beavis and Butthead you'd never figure it out from the show. There's nary a mention of the originating show in the new series, and in artistic style, writing, and humor the show is as far from the source material as it could be. So it was that one weekend back in the late 1990s I was channel surfing (there's something we don't really do anymore) when I stumbled on a Daria marathon and was instantly hooked. For a long while there MTV would regularly run marathons of the show, doing huge blocks of it on weekends to fill space, essentially allowing teenagers at the time to binge watch before that was really a term we used. And the second I started watching Daria, I was hooked.

I'm fairly certain there was crossover appeal for Daria -- the show was sarcastic and focused on a couple of outcasts from the cool cliques who reveled in being outside the norm while all the cool people (aside from a few exceptions like Jodie and Mac Daddy) were basically worthless -- but the point of view on the show was funny and dry. Even if you were a cool teen growing up I'm sure Daria could have entertained you. But for someone like myself that really didn't enjoy being deep in high school society, that preferred to be left alone and find my own path, Daria spoke to me. She was a character I understood deeply and, honestly, to this day she still stands as the best representation of my spirit animal or spirit guide or whatever you want to call her.

In Daria, the titular character moves to Lawndale (and away from Beavis and Butthead) for new jobs and a new life. Daria, of course, is the smart and sarcastic outsider while her sister, Quinn, is the popular (and shallow) beauty who automatically falls in with the popular kids at their new school. While Quinn is off with the Fashion Club, hanging around footballers and skipping class, Daria finds her own small group of people: outsider artist Jane and her brother, slacker-rocker Trent. Then there's Daria's parents, high-strung ad-man Jake and power-lawyer, always on the phone Helen. How these characters bounce off each other, and the various scenarios that come up from Daria not fitting in, and not wanting to fit in amongst all the bullshit that was high school, gives the show it's focus to tell various hilarious stories.

The first two seasons of the show are good -- I've seen them more times than I can count due to how often MTV would play their marathons -- but I will admit that the early seasons aren't as creatively strong as the show would get down the road. This is a show that matured and deepened its characters and setting as it evolved, never really content to just beat the same jokes over and over again. There aren't really any catch phrases on the show (aside from the cut-aways to fake show-within-a-show Sick Sad World) with the show instead constantly trying to find ways to explore the setting and characters, to keep everyone moving forward. It stayed fresh because it wanted to evolve, and that was an ethos cemented early on with the show even as it worked to find its footing. 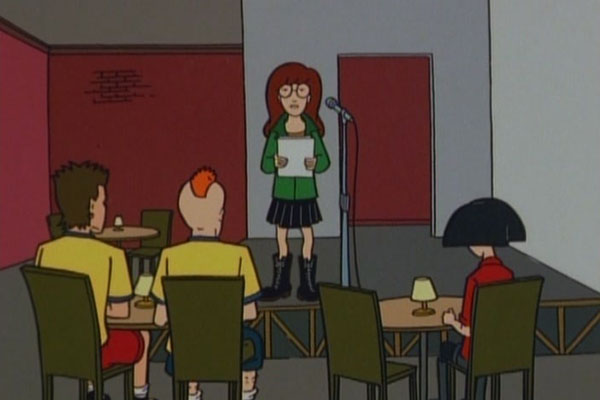 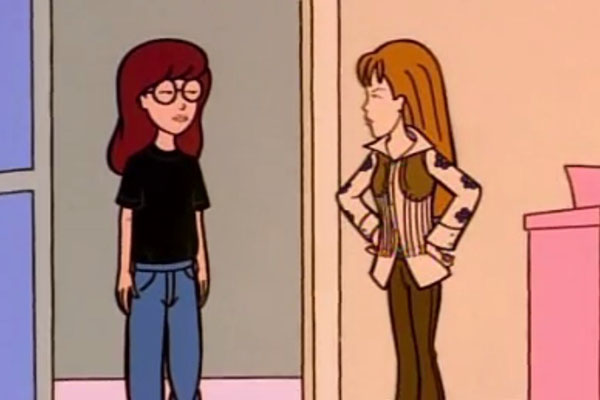 Of the various seasons of the show, the first is certainly the weakest. This was where the show was getting its footing, and while the episodes are funny they don't have quite the zing of later seasons. The show was still exploring its characters and setting and hadn't yet settled into its groove. While there are some great episodes -- "Cafe Disaffecto" build to a fantastic, very dark ending while "The Lab Brat" is amusingly dumb -- much of the season feels more like filler stories, one-off to introduce us to the world but not really get too deep with the characters. It's not until the final episode of the season, "The Misery Chick", that we really start to delve into Daria and how the school really views her. That said, the last episode of the season is a bit of a mess -- "The Misery Chick" isn't really a funny episode even if the story it tries to tell is, at times, poignant -- leaving me feeling like the season over all is a bit of a wash.

It picks up, though, in second season, and this really is where the show finds its stride. It starts with "Arts 'N Crass", a great opener of Daria and Jane being forced to join a school activity -- making a poster for school contest, and from this is sarcastic and mean but also has a very strong message -- only to then have the school try and screw over their artistic vision. We then get episodes like "I Don't" which explores Daria's extended family, "Monster" which takes a closer look at the relationship between Daria and Quinn, "Gifted" which builds a relationship between Daria and often seen (but little used) African-American character Jodie, and "See Jane Run" which tests the friendship between Daria and Jane. These are all standout episodes that really broaden the scope of the show and help to take it from just a silly, sarcastic high school show to something deeper. It then caps with "Write Where It Hurts" and funny, touching season finale that is probably my favorite episodes of the series.

That was the thing that really worked about Daria: it could be silly and fun, but then a character would say something, revealing their feelings about the shallowness of the whole affair, and it would twist the story into something deeper. The show had a voice, and a message, but not in an "after school special" kind of way. It wanted to say, "hey, you can see the bullshit going on around you and instead of just thinking it's just high school, it's just life, you can say something about it." You know, usually under your breath in the most sarcastic fashion you can. Life's too short to just let things slide without at least a little snark about it.

As we move forward with the show (season three and four are next), we'll find episodes that continue to broaden out the series. This is a show that started in a good place, but only got better and better, and I look forward to the journey we'll take as we dive through the show (in preparation for the eventual spinoff MTV is developing: Jodie). 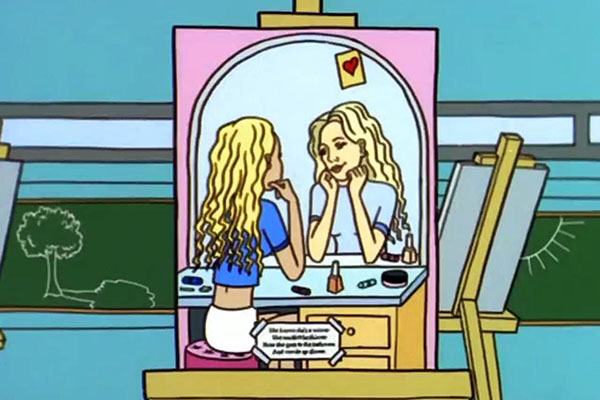 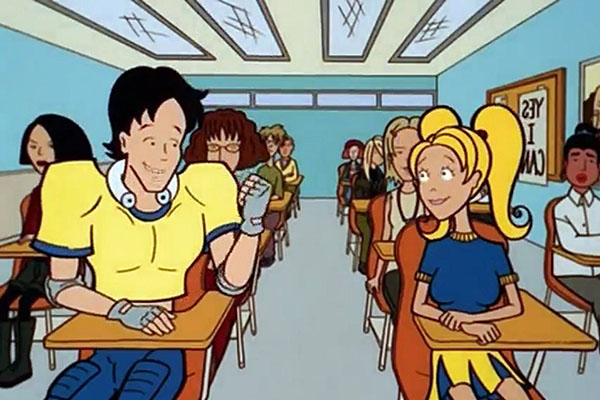 I wouldn't say any episode of the show is really terrible (although that opinion my change when I finally force myself to sit through the season three premiere, the musical "Daria!"), but there were a few clunky episodes in the early going. This one, which features Daria (who still had a crush on Jane's brother, Trent) going on a road trip with Jane and Trent to Apalooza Fest is pretty rough. The episode is largely formless, watch these characters, along with Quinn and the Fashion Club, and a bunch of other Lawndale students, all try to go to the fest and, for various reason, never make it there. The episode has a few amusing moments, but on the whole it's a forgettable mess than never really tells much of a story and lacks any kind of point of view.

By contrast, this is an episode that has a strong vision and clear message it wanted to send about its characters. When her English teacher assigns a book that she's already read, Daria is given a different assignment instead: the write her own story featuring people she knows. She struggles with it, never really finding her own voice, until she gets the idea to paint a world she'd like to see. This culminates in a story about her own future where she's happy, her sister Quinn has settled down and is responsible, and everyone in her family is actually in a good place. It's sweet, but also stands as a strong coda for where you'd actually expect the show to go. This is actually one reason I worried about any potential spin-off for the show -- this season finale actually perfectly served up the future you want for Daria, so why would the show need to go any further?