Stuck Together at the End of the World

The Last of Us: Series Premiere

I haven't ever played The Last of Us. It's a pretty popular action-adventure, survival horror series set in a pos-apocalyptic, zombie infested world. I know the series has its fans, I'm not necessarily opposed to the games (while survival horror isn't really a genre I play too often, I have dabbled with some titles before), it mostly just comes down to the fact that I don't really play many games on Sony consoles, and the Last of Us series is Sony exclusive. I do own my share of Sony consoles but I always tend to get them late in a system's life cycle and I'm sparing in what I pick up. The Last of Us isn't a title I've gravitated towards just yet. 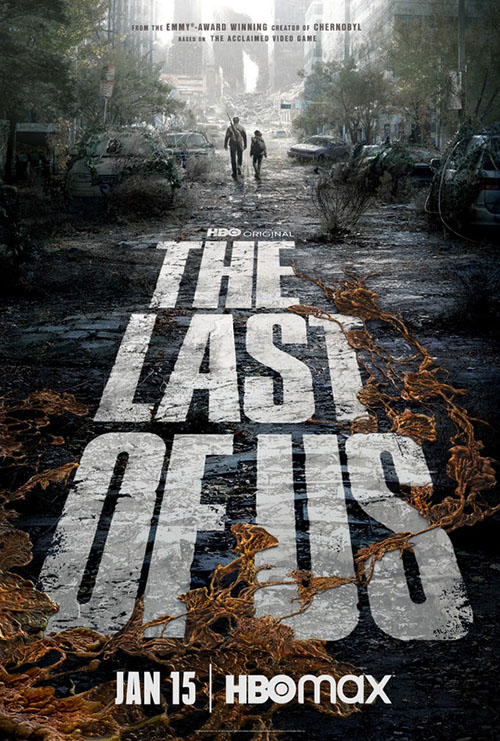 With that said, survival horror films and shows are right up my alley. I'm down for a good rollick with some zombies while people run away (or, more likely, get eaten). Give me a couch to sit on and a marathon of zombie films and I can veg out all day. In that regard, then, I am the exact target audience for a The Last of Us adaptation. It hits a genre I like while giving me something to watch while I eat chips on my couch. That is perfect for me.

And, let's be clear, the 2023 HBOThe oldest and longer-running cable subscription service, HBO provides entertainment in the force of licensed movies along with a huge slate of original programming, giving it the luster of the premiere cable service. adaptation knows how to play to its audience. It might be adapted from a video game but it lands squarely and easily in the zombie TV genre. It sets the stage, introduces the monsters, and then lets the survivors deal with the fallout. It opens with efficient storytelling, at least in this premiere episode, getting us quickly settled into the new world of The Last of Us, primed and ready to roll on this adventure across the wastes. That, more than anything, puts this as a solid entry in the horror television genre even before we get into the actual meat of the story.

The series technically begins with a brief intro in the 1960s, with an ABC program about pandemics, featuring two prominent scientists. One of them, Dr. Neuman (John Hannah), believes that a world-ending pandemic won't come from viruses or bacteria but, instead, from mind-controlling "zombie" fungi. Despite the scoffs of his colleague, and the laughs from the audience, the professor presents a compelling argument. And, wouldn't you know it, in 2003, that exact fungal infection is what brings about the end of the world.

We witness it first hand from the eyes of Joel (Pedro Pascal) and his daughter, Sarah (Nico Parker), and his fuck-up brother Tommy (Gabriel Luna), as they end up seeing the first of the infections in the American Southwest that eventually leads to the fall of society. Sadly, in the chaos, Sarah dies, an even Joel never recovers from, not really. Jumping ahead 20 years, Joel now lives in the remnants of Boston, a walled area meant to keep the infected out. He's a fixer, working with his girlfriend Tess (Anna Torv). When a business deal goes bad, Joel and Anna have to make a new deal with a group of freedom fighters, the Fireflies, to help a young girl, Ellie (Bella Ramsey), escape the city and get to people who can protect her... and use her as well. Why? Because she's infected but asymptomatic, which means she might hold the secrets to a cure. 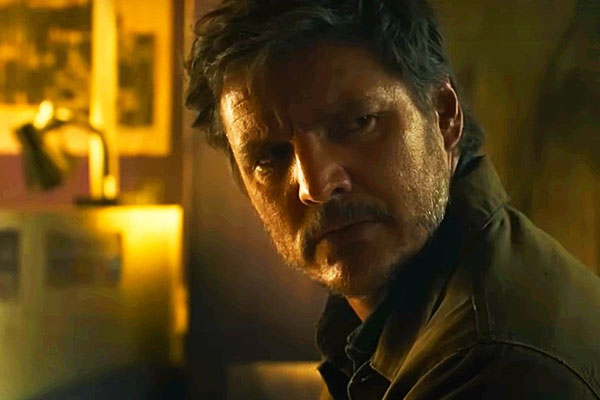 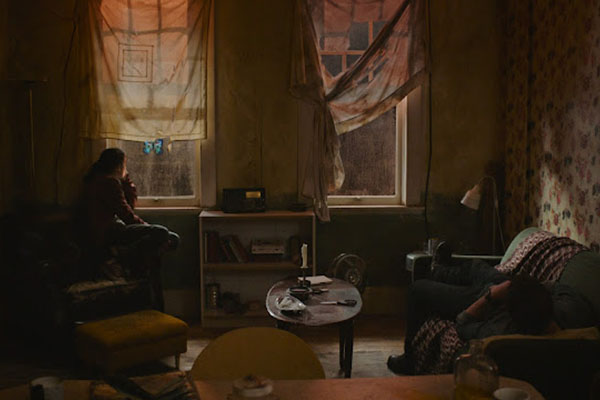 I'll be honest, the "cure" part of the storyline, which I'm sure is a major part of the original game as well, is probably the least interesting part of this episode. From the second a test is introduced, one that shows with a simple green light / red light, if you're safe or infected, I was pretty sure a character was going to show up that as asymptomatic. Why introduce the test if you aren't going to show someone can violate it but still be human. Having it be one of our two leads, a young girl that Joel has to protect (after failing to save his own daughter) is a neat and tidy plot. Too neat and tidy, really. It's efficient, but only because it relies on a lot of expected tropes to cruise along.

The episode, for its part, plays her infected status as some kind of big reveal, but frankly the whole episode telegraphs this reveal from the second Ellie (pretending to go by the name "Veronica" for... reasons?) is introduce. She's chained to a wall and, every day, people come in and give her cognative tests. If that's not them clearly knowing she's infected and testing to see if she's going to become one of the mushroom-dead, I don't know what could be more explicit. This isn't a twist, this is just the story.

What helps the episode, and presumably the rest of the series going forward, isn't the basic plot but the show's sense of its own world and the characters living within it. The world of The Last of Us feels very lived in, with a realistic depiction of a worn down and blasted out world that has seen all progress stop twenty years before the meat of the series. Everything is crumbling, stained, and on the brink of disaster. It's just as you'd imagine the world looking in this scenario. It feels very different from The Walking Dead which, despite its own post-apocalyptic setting, had areas that felt a little too nice, a little too sterile. It's civilization didn't feel on the brink even years into its own apocalypse. These are the details The Last of Us nails.

The actors, too, do their share of the heavily lifting to sell this world. The early scenes with Joel and Sarah have a lovely, domestic feel to them. Not only is it nice to have a good father/daughter relationship on screen, helping to make Joel feel like a normal guy for a little while, but it also ups the drama when the world goes to hell. We see exactly what Joel loses when Sarah dies, not just because the story tells us but because Pedro Pascal sells it. And then, when we jump ahead and we have Joel and Anna working together in future Boston, we get a sense of who they are and how they operate just from the natural flow between the characters. Pascal and Torv are great together and their dynamic works so well in the bounds of the series. 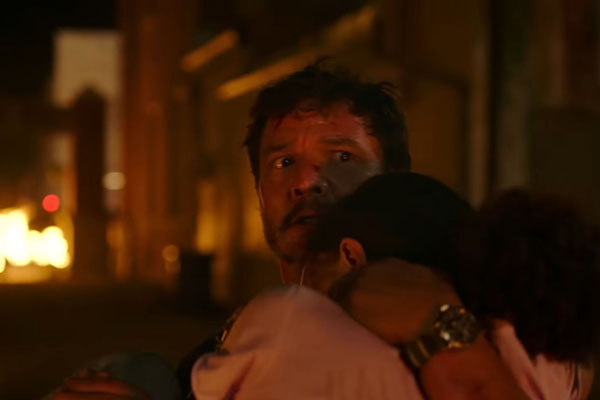 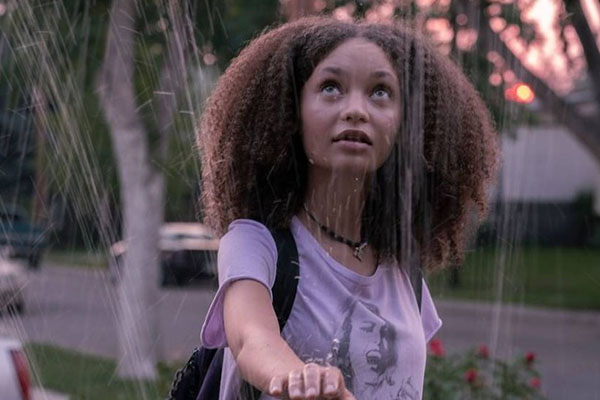 I also want to give special credit to that 1960s-set opening for the series. The show could have easily just narrated the end of the world at us, but instead it provides the information to explain it's own apocalypse in a setting that actually is interesting and compelling to watch. Having characters discuss science in the proper setting is so much better than just a straight info-dump, even if the effect for the story the follow is the same. I like how it was handled here and it made me ready for the series in a way I think narration, or even just some title cards, would not.

If there's a flaw, a bad character, in this first episode that doesn't work for me, it's Elle. Much of this is due to how she's introduced, an asshole kid without many redeeming qualities. Her being asymptomatic is something that happens to her, not because of her, and she's given a gift that, frankly, the character as presented doesn't really seem to deserve. Credit to Bella Ramsey for playing an asshole character as is written on the page, but the show needs to do more to actually make us like her as a person so we don't wish she die, special genes that could save the world or not.

Still, the season has eight more episodes to build its world while giving Elle more than just a bad attitude. If this premiere is any indication, the rest of the series is going to be just as assured and efficient in its storytelling as this first episode. It's a strong premiere and promises much for the direction of the series going forward. This is what HBO is good at: compelling TV that delivers like few other networks can. Let's hope the promises this premiere makes really are carried out through the rest of the season (and beyond).