Way Too Many Guns

There is no question that Beverly Hills Cop was a force at the Box Office. Combining the rising star power of Eddie Murphy and a nascent action genre (the soon to be dubbed "like Die Hard but...") that was just forming, the film went on to score a massive $316 Mil against a tiny budget of only $13 Mil. That's a powerhouse that absolutely no one could deny, and it immediately launched Murphy all the way into the A-list. It was a smash that dwarfed all of his previous hits (such as Trading Places and 48 Hours) and setup the potential for a franchise all his own. 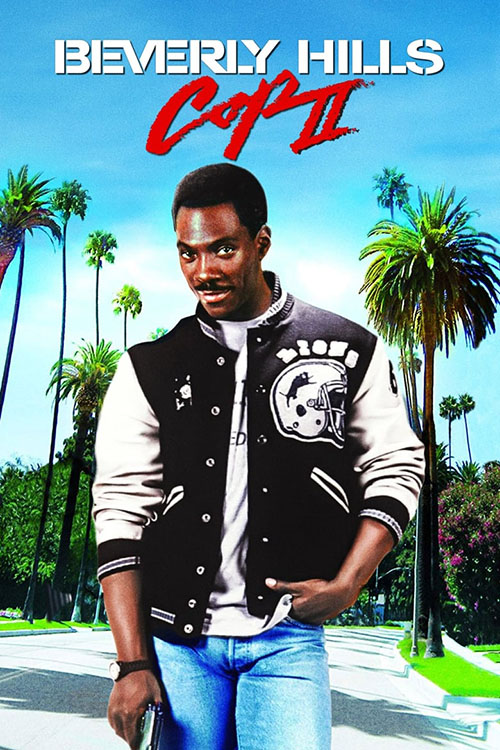 Thus, three years later, the expected and inevitable Beverly Hills Cop II came out. It had the same stars, the same characters, and another reason for Axel to come out to Beverly Hills to investigate a crime all because of a need for revenge. It was, as you would expect from a sequel in the 1980s, basically just a rehash of the first one, also lacking much of the charm of the original. It's not a bad film by any measure, and fans seemed to eat it up all the same. There's no question, though, that this is a sequel made because Beverly Kills Cop was too big go without a franchise, but it wasn't made because it really needed one. It's almost as soulless as you'd expect.

The film picks up three years later with Axel, once again, pulling his undercover shenanigans, this time trying to take down a credit card fraudster. His case, though, is interrupted when finds out that his old friend in the Beverly Hills Police Department, Captain Andrew Bogomil (Ronny Cox), had been shot, in broad daylight, by the supposed "Alphabet Robber". The robber was actually a team of burglars who had broken into a jewelry store, pulling one of the most sophisticated smash and grabs the city of Beverly Hills had seen. And then, for some reason, they targeted Bogomil, leaving him for dead and stuck on life support.

Getting the news, Axel drops everything and high tails it to Beverly hills. He joins up with his friends on the force, Detective Billy Rosewood (Judge Reinhold) and Sergeant John Taggart (John Ashton), so they can solve the case. They have to work on the down-low, though, because new chief of police Harold Lutz (Allen Garfield) has it out for the old guard in the Force. If they can use Axel's street smarts, and good teamwork, they might just be able to solve this case and score one for their convalescing friend.

The original Beverly Hills Cop worked for a few reasons. It had a solid slobs vs. snobs angle, with Axel's Detroit style bumping up against the straight laced and expensive attitudes of Beverly Hills. On top of that it had Eddie Murphy as an action star, something that hadn't really been seen before and was certainly novel at the time. Finally, it had the comedy styling of Murphy, cutting through all the bullshit and making people laugh at the absurdity of the situation. Everything blended together to make a light and fun film that maybe didn't stick in your mind too long but did entertain while it was on. 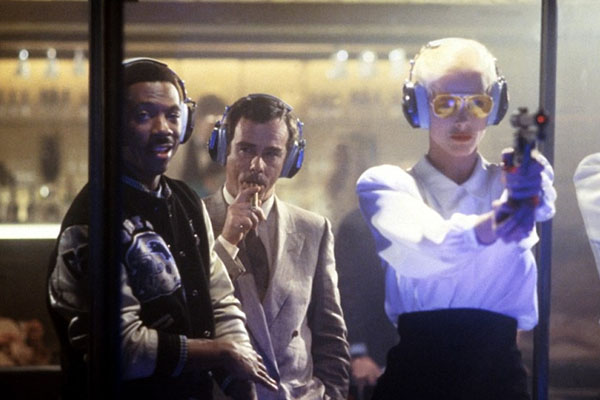 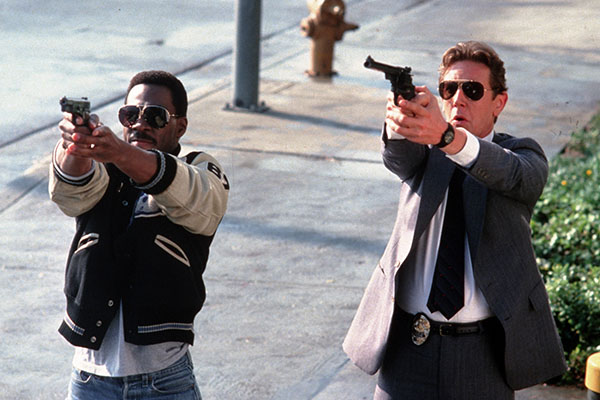 The issue with Beverly Hills Cop II is that it doesn't have any of the originality of the first film. As such, when it goes over the same kinds of beats as the previous film it no longer feels fresh or new. The film can't play the same tricks because the audience has already seen it all before. But without those tricks the film has nothing new to say or do, instead simply going through all the motions again. It creates a weaker and less interesting take on the same material, much to the detriment of the film.

For starters, Axel is no longer the slob in the "slobs vs. snobs" story. He's more successful, riding around in a Ferrari on the company dime while dressed in expensive suits. When he gets to Beverly Hills he "borrows" a mansion for a week (in what can only be called explicit, high value fraud), and then drives around in a luxury convertible the whole time. He's just one more of the Beverly Hills elite, even if his home address is back in Detroit. He is, in effect, one with the tree people. That contrast angle is gone entirely now.

On top of that, Murphy doesn't seem nearly as invested in Axel or the comedy this time around. He's still a vibrant performer in this film, but everything feels lower energy. The characters he puts on to con his way into places feel silly and rote, and frankly it's the same basic con done over and over again without any creativity to it. There aren't that many jokes, and very few funny moments in general. It's kind of a slog to get through, made only bearable by the fact the people on screen are charismatic enough that it almost, kind of, sort of works. It's not as fun, but it is passable.

And then there's the action, which is pretty bad. I know everyone loves the works of Tony Scott, who got his big break the previous year with Top Gun, but I have to be honest: Tony Scott's action direction sucks. Most of his action films are boring, at least when it comes to the action, showing none of the style or care of his brother Ridley. Even his good movies, like The Last Boy Scout and Spy Game, are good for the drama not the action. Action is, in short, not his forte. 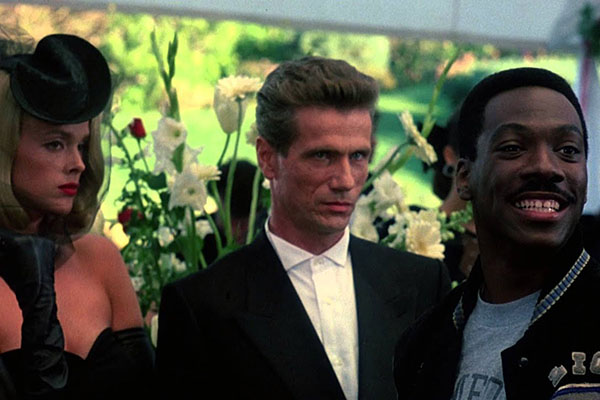 That's especially true here as Beverly Hills Cop II, which features some of the most tired and unimpressive action I've seen in a film from the 1980s (and that's including the first Beverly Hills Cop). The filming is choppy, the pacing is off, and the editing is abysmal. More than once the action skips a few seconds or more in an edit, losing whatever dynamic fluidity it had. One time a car crashed down on its nose and, in the very next shot, it was lying down as it blew up. That was just lazy stitching which is indicative of the whole style of the film. It's lazy.

On all fronts this film just doesn't work. It's a loosely connected series of scenes that, supposedly, guide us through a case. Frankly, though, nothing in this film really connects or flows at all. The only reason it's not a truly terrible film is because Murphy, Reinhold, and Ashton have just enough chemistry together that you want to hang out with them. Outside of the three leads, though, nothing in the film works at all.

This sequel was a hit, and you have to think that was largely because of the goodwill generated by the first film. It made $300 Mil against a $27 Mil budget, which was a little less on a little more than the first film, but still good enough to be considered a smash. With that said, you can tell that audiences were already tiring of Axel and his adventures because, when the third film came out, the audiences didn't follow.