Conceptually we can trace many action films back to Die Hard. A single cop (or other role model) is forced to take on an increasingly large number of terrorists in a tight location all to bring some form of justice. It was a formula that worked so well that not only did the Die Hard series reuse it for five total movies but a whole genre of "Like Die Hard, but..." films arose. We've covered many of them on this site from Speed to The Long Kiss Goodnight and even The Fifth Element. 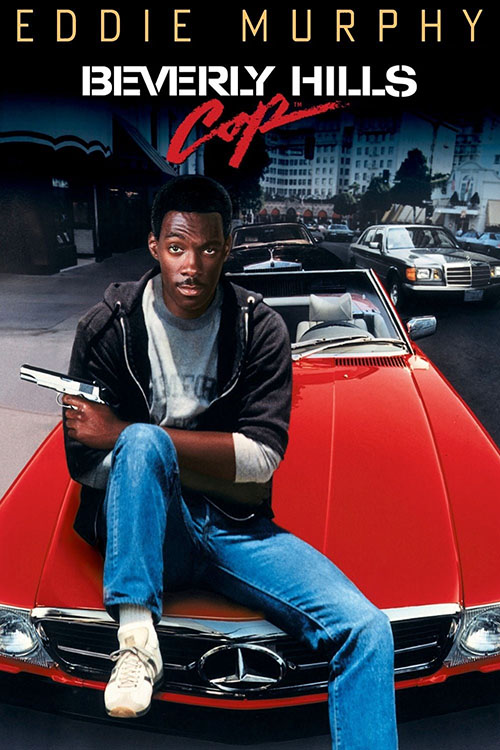 So powerful was the hook of Die Hard that even some films that came out before Bruce Willis's action epic were drawn into the genre, such as Lethal Weapon and its sequels. You can see the style of films that led to Die Hard -- the violence, the action, the fast-talking cops -- and how it all blended perfectly in the story about John McClane. And we can add another film that acted as a direct influence on the first Die Hard: Beverly Hills Cop, the Eddie Murphy vehicle that, frankly, feels like a rough draft of where John McClane would eventually go. More fast-talking, less drunken, but still prove to getting stuck in violent situations against a bunch of terrorists, Axel Foley's first adventure feels like it's pointing towards Die Hard, saying, "I got here first."

Starting out in Detroit, Beverly Hills Cop follows Axel Foley (Murphy), a good cop with bad instincts. We meet him as he's on a smuggling bust, trying to entrap two dudes into buying a truck fill of smokes. Sadly, other, uniformed cops show up, ruin the deal, and lead to the criminals (in the truck) driving through Detroit, causing untold damage. Murphy gets chewed out by his boss for the carnage and told he's on "thin ice". That night, a old friend comes to Axel for a visit. The buddy, Mikey (James Russo), talks up he security gig he had back in California (after getting out of prison), and shows off the bearer bonds he "lifted" from the job site. It's a lot of money, more than Mikey could ever hope to spend on his own.

Unfortunately for Mikey, a couple of goons, led by Zack (Jonathan Banks) the enforcer, come to Detroit, take the bonds, and ice Mikey. Axel is, understandably, upset over the death of his friend, so he decides to take some leave and head to Beverly Hills to track down the guys that Mikey was working for. This put him in direct opposition against art dealer (and drug smuggler) Victor Maitland (Steven Berkoff), all while gaining the ire of the cops in California. Set with two detectives on his tail -- Judge Reinhold as Detective William "Billy" Rosewood and John Ashton as Sergeant John Taggart -- Axel has to connive his way though the case without getting fired or thrown in prison... or worse, killed.

When it was released, Beverly Hills Cop played right to the strengths of its star. Eddie Murphy was just on the upswing, following a successful comedy tour and a popular stint on Saturday Night Live. In fact, due to the success he found with films like Beverly Hills Cop, Murphy would be the only SNL cast member to also host the show while serving in the cast. He was that big a star at the time. 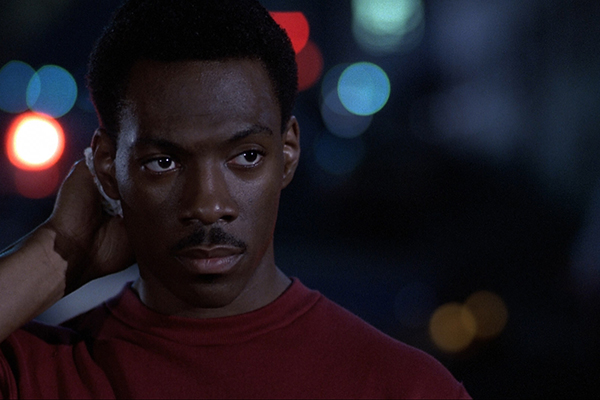 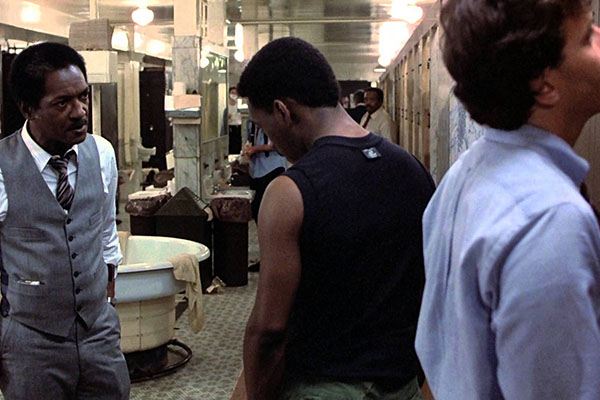 And it's easy to see why: he's magnetic in this film. The film plays to his strengths as a comedian, letting him yuck it up and have fun while still being Eddie Murphy. At the same time, though, it showed a decent amount of range for the star. He could play serious, as well as comedic, and he even made a passable action star. The direction for the action sequences was nothing really special, no more impressive than other low-grade action films at the time, but it worked well for Murphy and his style.

Sticking closing to the Lethal Weapon style that Shane Black would later perfect (four years after this movie came out), Murphy's Axel ends up on an improbable case where he's the only guy that sees the criminals while everyone else, cops included, just wants him to stop and go away. Wherever he goes carnage happen, and it really does feel like he's a one man Lethal Weapon team, or a John McClane before that character even really mattered. You can feel the bones of the action genre really firming up here, all under the care of Eddie Murphy.

With that said, the plot really isn't all that special. Axel goes somewhere, finds some goons, quips a bit, and ends up one step closer to solving the crime. Sherlock HolmesOften cited as the world's greatest (fictional) detective, this character was introduced in 1887 (in A Study in Scarlet) and has gone on to appear in hundreds of stories, films, shows, and more. he is not, and the movie doesn't expect that from him. The film is full of lucky moments and coincidences that just so happen to give Axel all the info he needs. Very rarely does he struggle in any real way, and you could argue he doesn't even really have an arc as Axel is the same Axel at movie's end as at the beginning. He was right and everyone else was wrong, only cementing his brash and headstrong attitude.

Not that it really matters, of course, as the point of the film is just to have fun. With only one star controlling the spotlight the films doesn't expect the same kind of growth or dynamics as say Murtaugh or Riggs in Lethal Weapon, John and Holly and Al in Die Hard. Those films would come out after and see the things that were missing in this movie, adding in the character growth and deeper development that Beverly Hills Cop lacked. Those films needed the extra character development because, by then, audiences expected more. 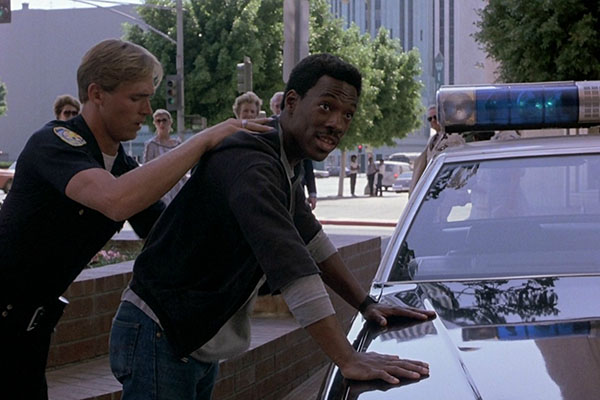 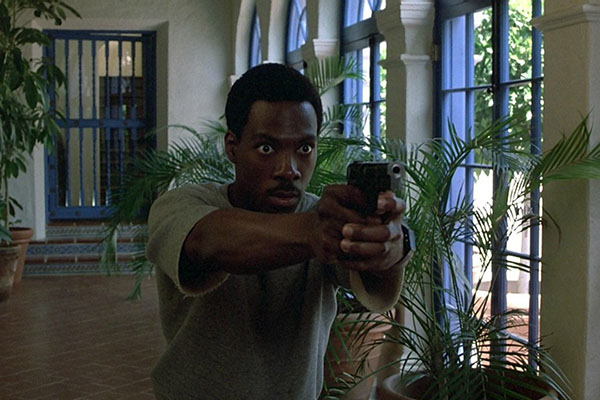 It's not needed here, though, simply because Eddie Murphy takes us on an enjoyable romp. It's fast, it's loose, and it's fun. In the hands of a different actor Beverly Hills Cop wouldn't have worked because there just isn't enough depth to Axel Foley and his adventure to really make it stick in the minds of the audience. Even now, a day after I watched it, I really don't remember too much about the specific story or the scenes that occurred. What I do remember is Murphy, laughing and joking and mugging his way through the film. This is the Eddie Murphy show, through and through, and it caught the actor at the height of his comedic talent, making for the right combination at the right time.

I don't think Beverly Hills Cop is an all-time classic. When it comes to cops on a case, doing violent things while laughing, I'd rather watch the films to come after: Lethal Weapon and, especially, Die Hard. But as a formative piece of the action landscape, the film that really informed what was to come, Beverly Hills Cop is important. We don't get those later films without this movie, and for that alone it has a place in action cinema history.