Take it to the Xtreme!

In the glory days of the classic Mega ManIn 1987, Capcom released Mega Man on the NES, a game featuring a blue robot that fought other robots and took their powers (so that he could then fight other robots with those powers, and on, and on). The series went on to release over 50 games in 30 years and become one of the most famous gaming franchises in the world. series, Capcom devised a solid way to stretch the franchise across a couple of systems without having to spend a lot of time developing new ideas. The NES games in the series would feed into a series in "remixed remakes" the took the bosses and stage ideas from the home console editions, porting them down to the Game Boy for portable fans. They made four of these games before shifting to a standalone sequel as the last Game Boy title in the franchise. While the results weren't always stellar, there were inspired titles in the mix that made the Game Boy titles into generally beloved series extensions. 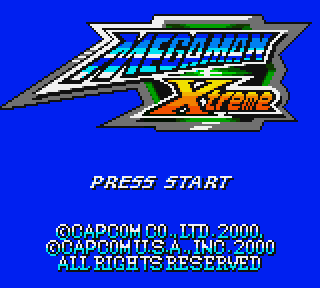 With the classic series giving way to the Mega Man X series, Capcom clear wanted to at least try and work the same magic from the home console games to a portable extension. Thus the SNES titles fed into Game Boy Color editions for the series, the Mega Man Xtreme games, the first of which was released in 2000, just a few months before Mega Man X5 landed in Japan. It does exactly what you'd expect from one of these portable titles, taking elements of two of the X games, Mega Man X and Mega Man X2, to create a faithful remix for the smaller portable.

Credit to Capcom, they at least tried to sell this as a proper entry in the greater X series. The classic Game Boy games really didn't tie into the original Blue Bomber's adventures, just sort of existing as non-continuity sequels. Here, though, The story actually tries to work this game into Mega Man X's overall adventure. To do that, the creators devised the concept of X having to travel into a computer core, revisiting the stored data of his past adventures to defeat Sigma again as that villain tries to corrupt the computer system and take over the world... somehow. It's all a bit silly, but at least they give a reason why X is fighting eight of the Mavericks he'd defeated before.

Well, eventually fighting eight of them. Like the Game Boy titles, Mega Man Xtreme is a bifurcated game, although in this case it's done in a really weird way. The game opens with X waking on the highway he first had to battle across in the original Mega Man X, seeing sights that are all too familiar. He crosses the broken expanse before coming face to face with Vile (or VAVA, as the translators for this title didn't renamed the villain from his original Japanese name). Defeating Vile sends X back home where, with the help of a computer hacker named Middy (as in MIDI, since these games love their music puns), X discovers he has to go into the computer memory to fight through versions of past stages and fight past bosses. He then takes on four Mavericks from the first two games -- Chill Penguin, Spark Mandrill, Storm Eagle, Flame Stag -- all before battling three three Sigma sages and taking on the evil virus.

However, once that's done, "Hard Mode" is unlocked which sends X back to that familiar highway once more. He does keep all the power-ups he collected, and the boss weapons too, making this journey a little easier at the start. Then, once more learning he has to go into the computer core, he finds a second set of four Mavericks he has to battle: Wheel Gator, Magna Centipede, Armored Armadillo, Morph Moth. Once these are defeated, X is again sent to the same set of Sigma Fortress stages, battling through the same areas and the same bosses, all to once more take on Sigma and save the state of the computer core (and thus, somehow, the world). 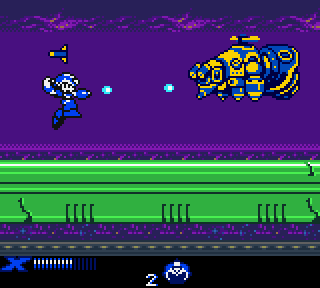 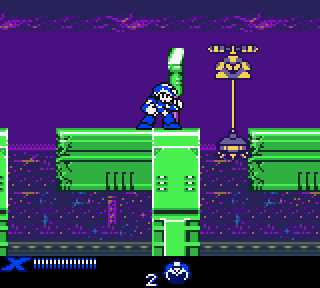 If I'm being honest, this game reuses a little too much material to really make me happy. I like the idea that each play through has different Mavericks to fight. I think splitting up the game into two halves, with a long fortress section in the middle, in an interesting choice and makes for a substantial game, at least in theory. It's on par with some of the longer experiences from the classic Mega Man Game Boy titles, giving portable players a full adventure while on the go. If each half of the game had new ideas, I think this would have been the prefect length for an adventure (especially since the game saves you progress every step of the way).

I also thought the idea of breaking the game into two halves, with different Maverick stages, added a nice bit of difficulty to the game. If you finished the first half without collecting all the power-ups (Sub-Tanks, Heart Tanks, and Armor Upgrades) you weren't going to be able to get them in the second half. That half had different power-ups (including Zero summons) so you had to really explore each side of the game if you wanted everything (as otherwise you were just out of luck). If you'd played the two SNES titles before you likely knew where everything was hidden, but it still added a bit of risk and reward to the adventure. I dug that.

With that said, the recycled product is heavy in this game. The first issue is that all of the stages in this game are remakes of stages from the SNES adventures. Not a single layout is new, in any respect, so if you had played the SNES games then you were seeing the same stages, beat for beat, from that title. I literally could remember every path, every secret, every location in this game and I hardly saw anything new at all to make me feel like I was getting a fresh experience. The classic Game Boy titles might have reused elements of the NES games but the stage layouts were completely new. Not so here, at all.

Worse, the game liberally reuses its own stages on the two halves of the game. That highway will be seen twice, as well the Sigma stages, without anything new thrown in between them. Same Spider boss, same Serges Tank, and the same two forms of Sigma. if the game had at least thrown in different stage bosses maybe it would have felt better, but even then you'd conquered these stages once on the first play through Why reuse them? Sure, the GBC carts didn't have a ton of space but this just reeks of cost-cutting and laziness. 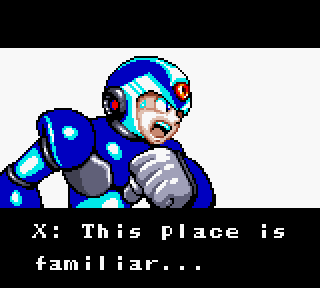 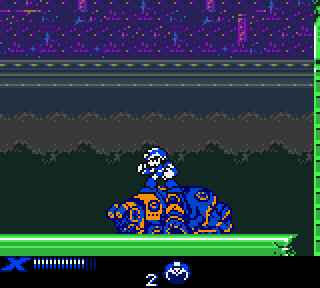 Respect does need to be paid to the game when it comes to presentation, though. Despite these titles originating on the SNES the GBC port does a respectable job of conveying the look and feel on this scaled down hardware. Sure it's NES quality graphics, but Capcom did a good job of making the game feel big and bright and colorful despite the smaller color palette. The sound design also does a good job bringing familiar tracks to the GBC hardware. They sound good when you're just listening to them. That, though, indicates one major issue: any time you charge up your buster, the main music line of the game stops. The GBC has limited sound capabilities and you can either hear the music or charge your buster. Not both. That sucks.

In the end, Mega Man Xtreme is a mixed bag of pros and cons. I like the presentation, I liked the game in general, and I found there were times where I had a lot of fun. I was, however, absolutely bored by the reused stages from the first and second play through, and I was on auto-pilot for navigation as I know the SNES editions by heart. I liked this game but didn't love it, and now that I've played Xtreme I doubt I'll go back. It's a fine title, but absolutely inessential.