Jackie Chan seems to always play a cop. We've watched seven films from the actor so far (with plenty more to go as we track through his filmography), and by and large the actor plays a character not only on the right side of the law but honor bound to enforce it. I suppose this makes a certain amount of sense as it's easy to be considered the hero of a story when you're fighting for the law. That way you can kick the asses of criminals all day and, in the eyes of the audience, you remain the good guy. 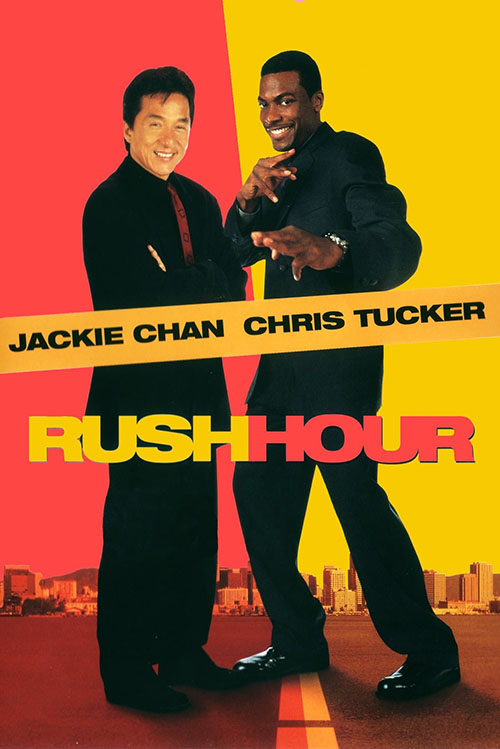 Having watched many of Chan's previous films, such as Project A and Police Story, I can see thee parallels between those earlier works and Jackie's next big breakout film in the west: Rush Hour. Like his earlier films, Chan plays a cop off on an adventure that mixes his specific brand of action alongside a fair bit of comedy. Although it's Western made, helmed by (human scumsicle) Brett Ratner and produced by New Line Cinema, this film very much feels of-a-piece with all of Chan's earlier works. It just so happens that the comedy plays much better here.

I'm not going to argue that Christ Tucker, who plays Detective James Carter in this film, is some great actor or comedian. He's a fast talking guy and, given the right material he can be funny. He does have one very specific shtick, his motor mouth, and he's very reliant on the right material to actually be amusing. He got in with this film (and a few other early works, like the Friday movies) and then got out of the movie game almost entirely, and I think that's because he even realized there was only so far his shtick could go. You gotta respect that.

And, honestly, Tucker does work well in this movie. Playing opposite Chan, who takes on the straight man role of Detective Inspector Lee, the two actors work really well together. Tucker's fast mouth pairs well with Chan's fast hands, and you end up with a really solid buddy cop comedy dynamic that fueled not only this movie but a pretty solid sequel (and a less successful third entry). Where I find the comedy/action antics is some of Chan's earlier works to be a bit silly and rather tedious, I did find they worked much better here. Maybe it's the writing, or the chemistry between the two leads, but Rush Hour succeeds in finding the right tone (where previous Chan-starring cop comedy/action films failed).

The movie finds D.I. Lee called to New York by his friend, Ambassador Solon Han (Tzi Ma), when Han's daughter Soo-Yung (Julia Hsu) is kidnapped. Soo-Yung is being held ransom by an unknown group of thugs but, as L.A.P.D. detective Carter finds out, the man behind the curtain is Juntao. Lee all about Juntao as that thug also ran a crime syndicate back in Hong Kong, all before Lee dealt a crippling blow to their organization after a particularly effective drug bust. It could be that all of this is due to Juntao wanting revenge and to get the money they felt they were owed. 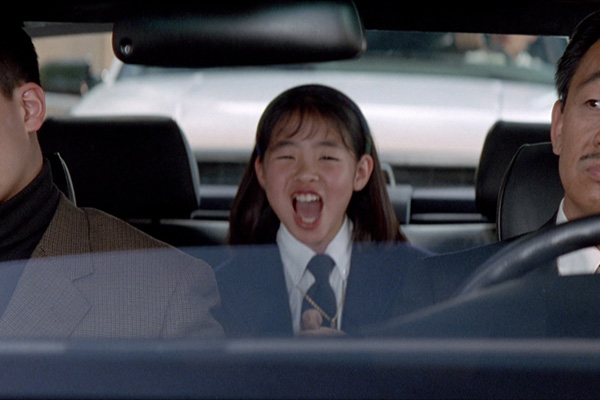 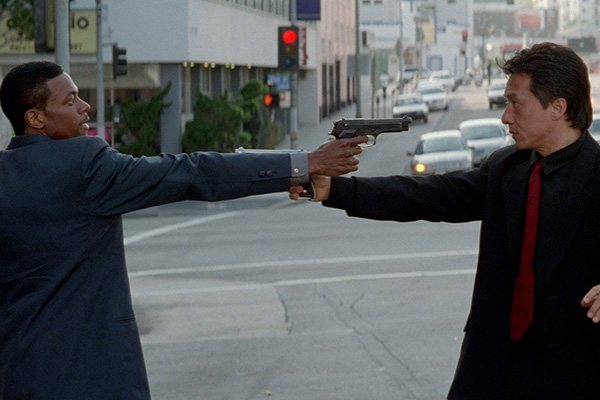 Unfortunately for both Carter and Lee, the FBI (and the LAPD) don't want to hear from either of them. Considered a couple of screw-ups, both are put on the outs from their organizations, forced to go it along to find Soo-Yung and track down the elusive Juntao. But can they save the girl and take out the criminal gang without making matters even worse. Maybe, maybe not, but they will certainly have a lot of laughs in the process, that's for sure.

When the movie came out it was sold on the power of two things: Tucker's motor mouth and Chan's fighting prowess. While Tucker certainly stepped up to the plate on his side, it is fair to say that Chan's antics weren't as over-the-top or high flying as they had been in his previous, Hong Kong-produced works. Heck, even the stunts in 1995's Rumble in the Bronx, made just three years earlier, seem more dynamic than the few basic brawls Chan gets up to here.

Listening to the actor discuss it, apparently the producers on the film actually couldn't let him down some of his more daring stunts due to concerns about insurance. While Jackie was few to try to kill himself in Hong Kong stunts (which he nearly did more than once), American studios tended to frown on potentially losing one of their big stars during filming so many of his stunts had to be toned down. There are still some decent fist-fights, and one climactic climb along the railings and rafters of a building, but the action is certainly subdued from what fans might expect.

That being said, American audiences ate up everything Chan did in this film because, for them, it was still better than a lot of what they got to see. Even if his action wasn't as over-the-top as in many of his other films, you could still see that Jackie was doing everything himself, and that helped to sell the action a whole hell of a lot better than the all the stunt doubles used in earlier 1980s and 1990s action films in the West. Hell, one could argue that once Jackie Chan arrived on the scene in the States many action stars had to up their game or risk falling by the wayside (and many action stars, like Segal and Van Damme did, indeed, fall out of favor in the following years). 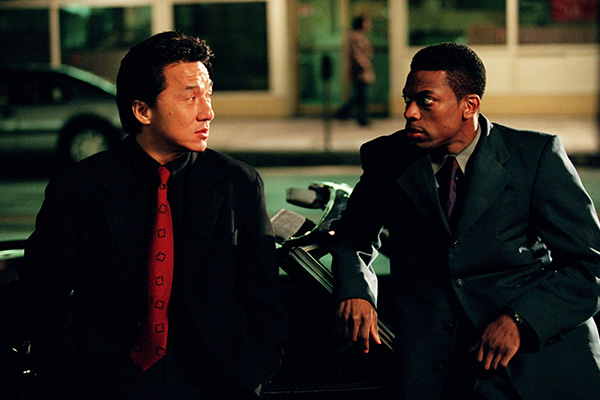 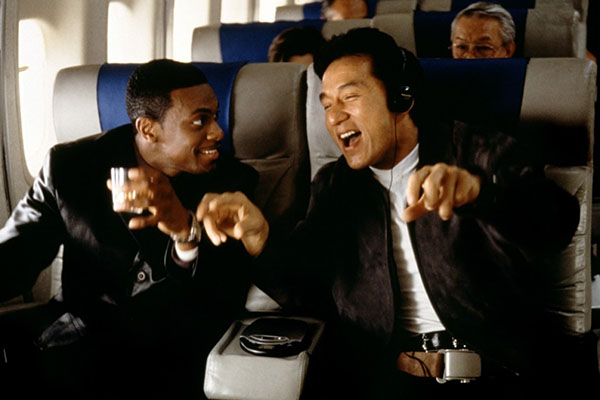 And, honestly, the film gets by really well on its blend of action and comedy. It has a simple but focused story, one that keeps the action moving forward without ever getting sidetracked. There's fun to be had with the two leads, watching them build their buddy cop dynamic as they plow through bad guys on the mean streets of L.A. The film has the right energy, a solid style that really works in the context of this story. Although Ratner certain had films where he felt like a total hack (see: X-Men: The Last Stand) he does direct a solid little action adventure here.

Rush Hour is never going to win any awards. Hell, two-plus decades later, people have largely forgotten about this movie. Going back and watching it, though, I remembered just how much fun it was, in it's own little, silly ways. It might not be the biggest Jackie Chan movie, the most action-packed or dynamic, but it does blend all the elements he liked to put into his movies in a really solid way. It was a big hit with audiences at the time, racking in $244 Mil against a $35 Mil budget, and it continues to be a solid watch even now. Certainly Chan has made way worse movies, before Rush Hour and since, making this one of his better and more successful films across the board.