We already covered the second of the two Toho King Kong films, 1967's King Kong Escapes, and I will admit I was not kind to that film. It's not a good movie by any stretch, but in comparison to Toho films from that era, it might not actually be that bad. I will admit I don't have much of a basis to discuss its relative merits because, honestly, I'm just not a Godzilla fan; I'm the wrong guy for this task. 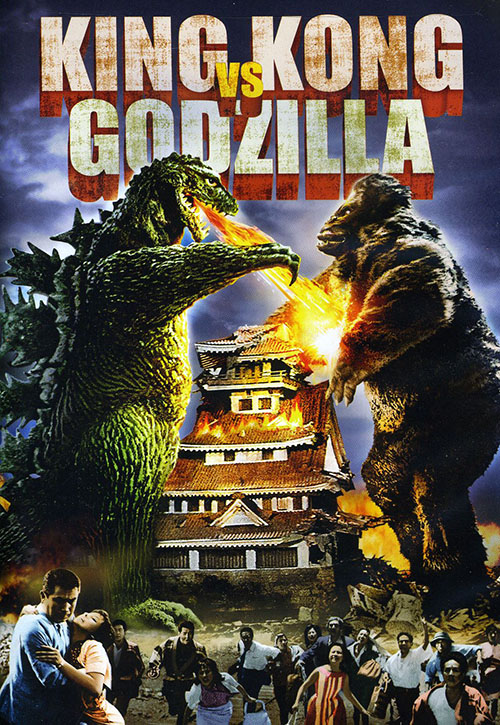 Still, the original play I had was to watch these two films in order, King Kong vs. Godzilla and then King Kong Escapes, in that order. I feel like if I had I would have been much kinder to that film because, seriously, this first combined effort between Toho and Universe is just awful. King Kong Escapes may not be a good film but it's positively a Martin Scorsese masterpiece in comparison to this first effort from the studios. Not to be too blunt but this film is a wretched piece of shit.

In the movie (and bear in mind I watched the U.S. recut of the film because I'm a monster and watched dubbed movies) we're introduced to a U.N. mission to explore the Arctic. Sadly, in the process of their exploration the crew accidentally crashes into an iceberg, a floating mountain that just so happens to have Godzilla trapped in the middle of it. The giant lizard breaks free and immediately heads to Tokyo because, apparently, that was his hunting ground millions of years earlier when he lived in the appropriate epoch of the dinosaurs.

With Godzilla on the loose, a team of "experts" decide that the best thing they can do is find a monster to fight a monster (well, okay, he just wants a giant monster he can use for free publicity to sell pharmaceuticals because... reasons?). The team learns about a giant monster of Faro Island and two men, Osamu Sakurai (Tadao Takashima) and Kinsaburo Furue (Yu Fujiki), to head to the island and somehow capture the monster. What they find is King Kong, god of the natives that live on the island. They drug him, bundle him up, and take him to Tokyo where, predictably, he breaks free and makes for the mainland. Thankfully Godzilla is there and we get to have an epic fight between the two monsters (epic not guaranteed, offer void in Utah).

There are any number of issues with this film, but I think the biggest one is that for a film about Godzilla and King Kong blasting it out with each other, there's very little monster-on-monster violence to be had. To be sure there's scenes of Godzilla attacking Tokyo (or, well, a guy in a suit dressed up as Godzilla attacking very obvious models), and similarly scenes of King Kong causing carnage in the city, but as far as Kong and Zilla fighting, this film is surprisingly light on that front. It takes a full hour for the two monsters to even be on the same island, and they they have two scraps and go their separate ways. Hardly the fight for the ages. 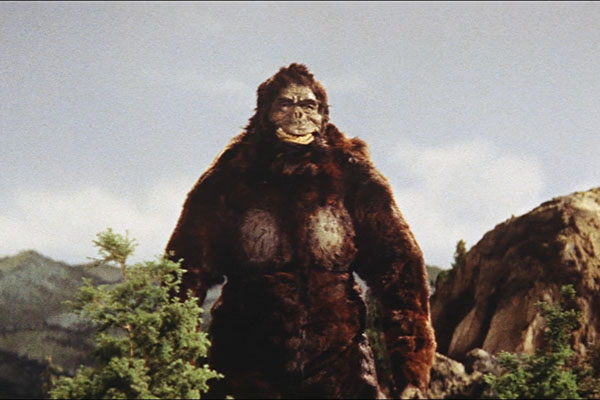 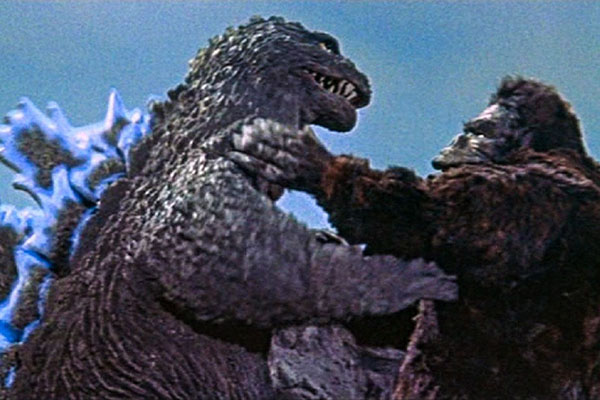 The monster violence is, of course, very silly. I found myself laughing at it at times, like when Godzilla uses his fire breath on a set of tanks and you can see the tiny little plastic tank model slowly melt. It's dumb, but in those moments I kind of get the appeal. It's not scary, sure, but it is silly fun in its own way if you can laugh at it. That doesn't make the monster action good, by any stretch, and I have to wonder how people back then found these special effects believable. I know I lament how bad CGI looks now, but these effects are a whole different level of bad.

Then there's the fact that the film can't even nail down its tone. The movie waffles behind a serious story about a man and woman -- Kenji Sahara as Kazuo Fujita and Akiko Wakabayashi as Tamie -- trying to find each other in the middle of 4okyo as the monster carnage falls around them. Their love is strong and the drama of them fighting for their lives almost works. It would work better, mind you, if it wasn't contrasted by the over-the-top silly and slapstick performance of Ichiro Arishima as pharmaceuticals magnate Mr. Tako. He, and his whole team, provide nothing by cringe-worthy "humor" that drags the whole film down.

The worst on this front, certainly, is when the two agents of Tako head to the Faro Island. There they meet the natives, wow them with a radio that plays music, and then ply them with cigarettes. This is a deeply troubling scene full of casual racism (and the delinquency of minors as they even give cigarettes to kids), and it's all played off as "funny." This sequence aged super poorly and it really is a stumbling block for the whole film. I know we have to try and forgive older films for some of their transgressions, but this was certainly a bridge too far for me.

Really, though, I keep coming back to the fact that the film bungled the key thing it was supposed to deliver. When you have a film called King Kong vs. Godzilla you have to provide a lot of action between to two greats. Admittedly this is hard because even now, with only three films under his giant belt, Godzilla had a fair bit of power-creep. That flame breath of his alone made him much more powerful than Kong as the giant ape really could only throw rocks and then run from the fire. It's like bringing a flint and steel to a gunfight. The film seemed to realize this, and tempered it by just keeping the monsters apart, but that was the wrong approach. I don't know how you fix it, really, but letting Godzilla be too powerful for Kong meant the film probably just shouldn't have used Kong at all. 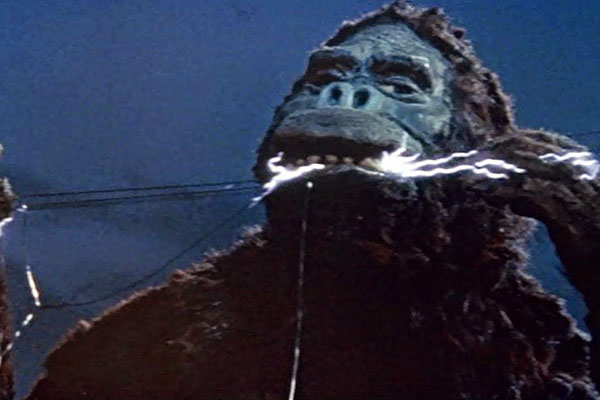 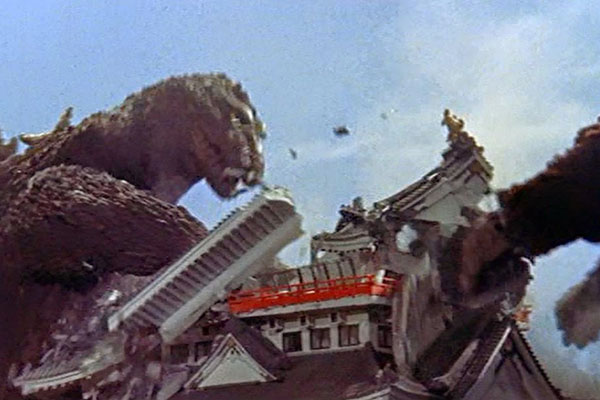 This is a deeply silly film that barely manages to entertain at all. I don't know how most Godzilla fans feel about this film in particular, but I can't see it ranking high on most of their lists. This feels like Toho doing contract work for Universal so they could keep the studio doors open. It's just a bad movie dressed up as a fight for the ages, but it hardly delivers anything more than a pathetic slap fight. No matter how you feel about either of these giant monsters, this film is a hard pass.