The Care and Feeding of the Young

The original King Kong was a massive success when it was released. Even now, that original film is held up as a marvel of the era, and the later films to come out in the franchise have to compare themselves to what the first film was able to do. Improvements in special effects still have a hard time keeping up with the care and consideration put into this first film, making it one of the rare monster movies, especially of this type, that really hold up all these years later. Of course, it helps that we can now view the uncensored, restored version which really does play up the horror elements of the film (which were censored out once the "Hayes Code" went into effect). 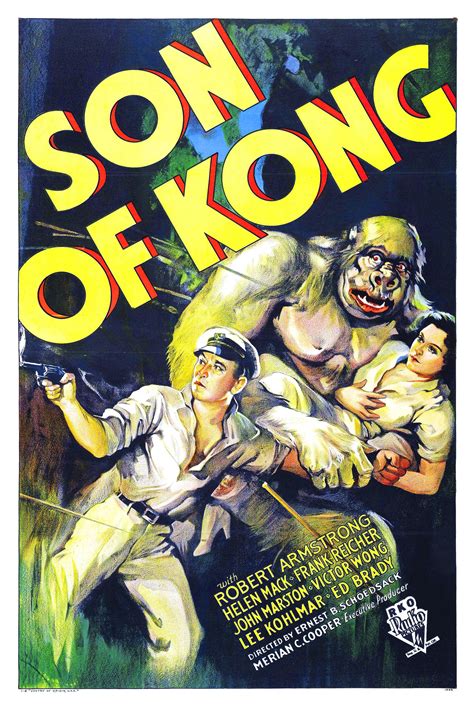 What that film didn't call for, and certainly didn't need, was a sequel. For starters, Kong dies at the end of the movie (sorry, spoilers for a 90-year old movie), so who exactly would be the monster in the movie? Beyond that, who would be the hero? Would Faye Wray somehow get captured by another giant ape? Would her soon-to-be husband come to her rescue? Was, somehow, Kong going to be revealed to have survived falling off the Empire State Building after all, giving us a classic Hollywood cliffhanger that cheats the ending to continue the franchise?

In answer to all that, the sequel, Son of Kong, immediately dispels all of that. Instead of another giant ape coming for our lovers and putting New York in peril once more, this sequel says, "the hero of the first movie was clearly the sketchy film producer, and we should really take another trip back to Skull Island." It just takes a long time to get there as the film pads its time watching the producer, Carl Denham (Robert Armstrong), lament his sudden loss of fortune after the giant ape he brought to New York predictably broke out and started killing people. Now he's being sued by everyone, hated the city over, so he flees to the ocean to avoid his troubles and waste a good hour of the runtime on his laments (without a giant ape anywhere to be seen).

He does meet a pretty girl, sideshow performer Hilda Petersen (Helen Mack), who hitches a ride (read: stows away) on his boat when he leaves her island. They all end up skirting around Skull Island, chasing a rumor of treasure at the cursed land-before-time. But the crew mutinies, throwing Denham, Hilda, the captain and the (horribly racist) Asian cook off the ship (because the crew are the smart ones and want nothing to do with the island). This leaves our heroes to fend for themselves... and that's when, finally, they find the son of Kong.

I feel like we should start with the few things that work about this film, and to begin with I do appreciate the fact that the film finds a way to stick another giant ape into the proceedings. I think it actually makes sense that Kong could breed, and that there would be more giant apes on the island. How could you possible get one of these big guys if there wasn't a way to make more? Too many and the population of the island would have been completely wiped out (these creatures have to eat a lot), but a few of them, still alive on the island, makes a certain amount of sense. There should, realistically, be more than just a giant ape and his littler "son" (where's the woman in this relationship), but it's not the worst way to bring another giant animal into the film. 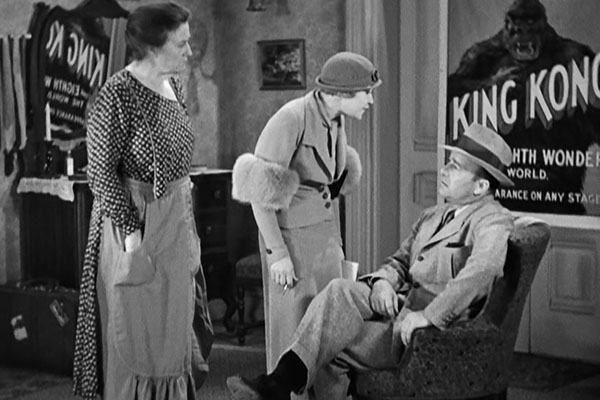 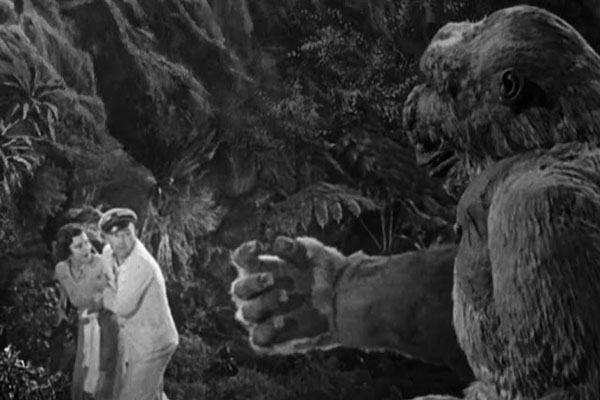 The special effects, also, are still pretty good. There aren't as many solid action set pieces or cool effects shots -- this in large part to the film having only a third of the budget of the original movie so a number of cuts had to be made, of course -- but what we do get is still pretty close to the same level of quality as the previous film. We came to see a giant ape, marvel at the way it's stitched into a movie with real humans, and gasp as it battles other giant creatures, and the film does deliver on that front.

That budget, though, is also likely the reason why this film doesn't work. As noted, the movie had to spend a lot of time in a "Kong" film with the titular monster nowhere to be seen. It saves up all the effects shots for the end, leaving us without a giant ape for a forty-plus minutes of the films slight, just over an hour runtime, and thus we have to watch the humans go about their business for a long period of time. If, by the time the adventurers actually reach Skull Island, you'd forgotten the film was even about a giant ape, well you'd be forgiven for that.

Because the producers couldn't afford to put a lot of their monsters in the film, we have to deal with watching Denham lament his lost fortune, watch him sail around the world dealing with other locals. We get to watch him take in a show of some small performing monkeys as they play a song (it's awful) and then that act is followed up by Hilda singing her own song (it's not much better). All of this is clearly just padding, just there to waste time and try to get the film up to something approaching a full-length film. Even with all that padding out of the story, such as it is, this film is still 30 minutes shorter than the previous adventure. It would feel slight even without the comparison, but its worse when you line them up.

It can be hard to stretch out a monster franchise, and even worse when your lead monster is mortal. King Kong died, which is convenient for the budget here as we don't have to explain why we get close to an hour without a giant ape, but it also means that the film has to do a lot of setup, spend a lot of time trying to find a reason for everyone to go back to the island (rumors of buried treasure, none of which was mentioned in the first film) and then it has to try and introduce another giant ape just for funsies. The Son of Kong is a well animated little dude, and the film does great work with him as a character and a monster, but there just isn't enough there to sustain of movie of any length, at least not without a bigger budget so we can spend more time with him. 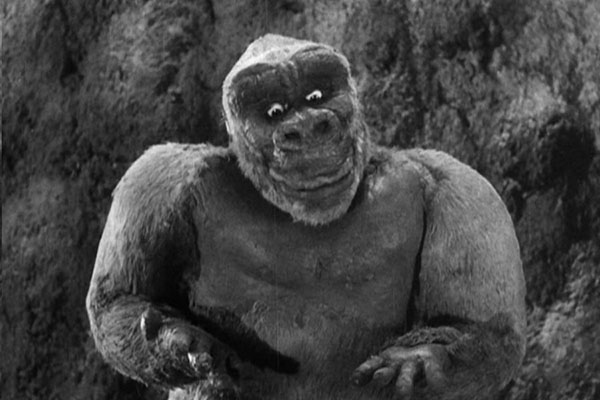 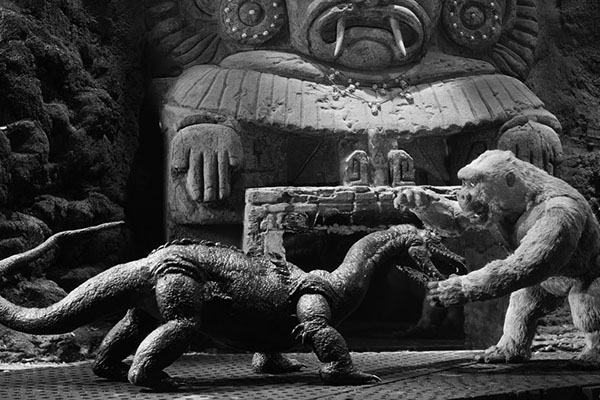 I think the worst sin of the film, though, is that for no good reason, after spending all this time getting to the island, introducing the new Kong, and finally getting us attached, it then kills him off. It does it in a complete and utter fashion, not just taking out the Son of Kong but also his whole island. There's a temple which has the treasure, an apparent curse, and when the idiot heroes break the seal and anger the temple, the island collapses and sinks, taking every last giant monster with it, Son of Kong included.

By the end of it you have to wonder what the point of it all was. As a franchise extender it doesn't so much because now, were there to be a third film (there wasn't) they'd have to find a way to explain how another one of these beasts existed. By killing off the second Kong there's little reason to care and, in fact, you end up feeling like everything would have just been better if the white people hadn't stuck their noses where they didn't belong (this is true for much of history). Nothing is really solved, no lessons are learned, and no monsters make it to the end of this film either.

It's all just an utter waste of time. There's about twenty minutes of decent film here but it hardly holds up, and the rest of it doesn't amount to much of anything. It's probably a good thing this sequel ends everything in such a spectacular fashion as there's hardly anywhere for this series to go from here. Better to cast it adrift and let it sink to the bottom of the sea, along with Son of Kong itself.