The Expansion Pack We Almost Didn't Get

As an RPG fan I find it fun to poke a little at Square-EnixFormed from the unification of Squaresoft (home studio of Final Fantasy) and Enix (creators of Dragon Quest) this combined company is the largest game studios in the world. From action to adventure titles and, of course, JRPGs, Square Enix has become one of the biggest names in gaming. due to the issues they had bringing their flagship series, Final Fantasy, over to the States. We got Final Fantasy but its two sequels, Final Fantasy II and Final Fantasy III, remained in Japan until the PlayStation and Nintendo DS eras, respectively. Game four was called Final Fantasy II, game five was skipped (until, again, the PS era), and game six traveled over here as Final Fantasy III. It wasn't until Final Fantasy VII figured out their crap and started naming things properly (while also bringing most of the skipped games out on the PSO). 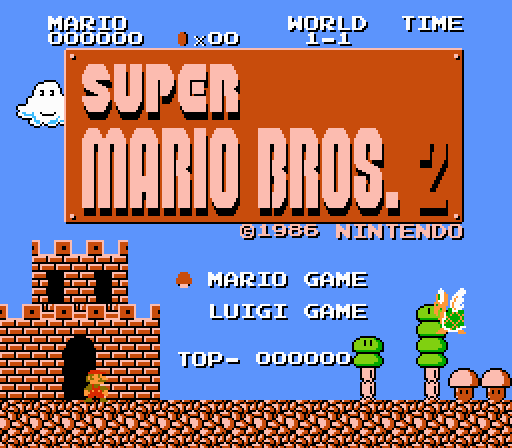 That seems like a boneheaded move in retrospect largely because U.S. audiences wanted those titles. But, other companies made the same kinds of moves. As an example, look no further than NintendoSince 1983 (with the release of the Famicom gaming system in Japan), Nintendo has proven to be a gaming company dedicated to finding what gamers want, even when the gamers don't know it themselves. From dual-screen systems, to motion controls, to convertible home console/portable consoles, Nintendo regularly proves that the weirdest innovation is exactly what the gaming community needs. and their own flagship series, Super Mario Bros.. While the first game in the series came out the same year in the U.S. as in Japan, we didn't see a "proper" sequel for the series until 1988 with a game that was called Super Mario Bros. 2 but wasn't actually Super Mario Bros. 2. Confused? That's the joy of regional porting!

As it goes, the original Super Mario Bros. 2, which is the focus of today's article, was an "enhanced" version of the original game, built on more or less the same engine and looking very similar to the original title. When it came time to release a sequel in the U.S., though, the head of Nintendo of America, Howard Phillips, felt that the original game just wasn't the right game to release over here; it was too hard, and didn't look different enough from the original to interest U.S. audiences. So, instead, Nintendo converted a different game they had kicking around, Doki Doki Panic, into the Western Super Mario Bros. 2. We didn't see a proper release of the original version of the game until the SNES era with Super Mario All-Stars, the upgraded version of all four NES titles, including the now rebranded The Lost Levels

Frankly, this was the right call, all things considered. Maybe, when it came out, the original Super Mario Bros. 2 would have felt like a proper sequel, but having seen the evolution of the series in the U.S., even just on the NES, this games feels more iterative than exceptional. It's a very solid direct follow-up to the original game (in much the same way that the later NES Mega ManIn 1987, Capcom released Mega Man on the NES, a game featuring a blue robot that fought other robots and took their powers (so that he could then fight other robots with those powers, and on, and on). The series went on to release over 50 games in 30 years and become one of the most famous gaming franchises in the world. games just tread the same water instead of forging new paths), but knowing where the series could go, this game feels oddly stuck in the past, just playing in the sandbox of the original.

When you compare the second game against the first, the two titles look very similar. The sequels uses most of the same art, only adding a few extra new sprites (like the poison mushroom) to add to the original title. The biggest difference between the second game and the first is the difficulty; this game sees the difficulty of the later stages and uses it as a springboard for the earliest stages of the new game, only getting worse from there. Nintendo specifically made this game to sate the states of fans that had played the original so much they'd gotten tired of it, finding the game too easy. This game ratchets it up accordingly. 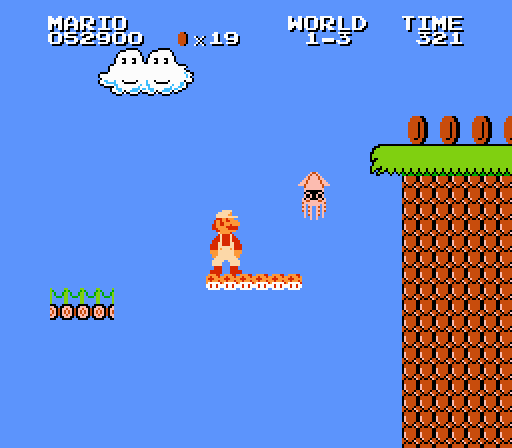 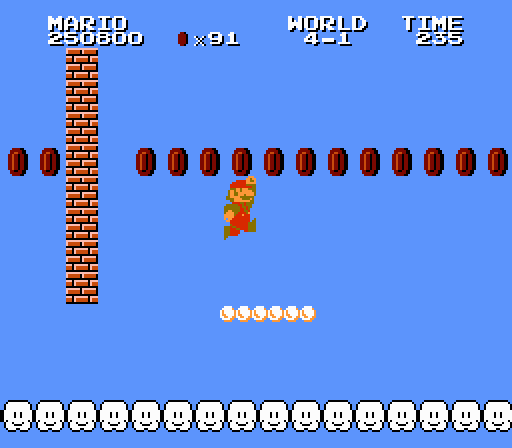 For some fans that works well; there are plenty of speed-runners that like to run this sequel because of its difficulty, the act of getting a good time showing a certain mastery of the Super Mario mechanics. At the same time, though, there are plenty of fans that felt the challenge off the original game was just fine and wanted something new and different for a sequel. That's what Nintendo of America anticipated and its what makes the sequel got in the West so brilliant. It was a new experience, but the Japanese Super Mario Bros. 2 was more of the same.

If you want difficulty this game has it. It adds in poison mushrooms (which damage Mario if he collects one), high wind stages, and big bouncy spring boards, crafting new and more difficult challenges around the objects, adding them to the level crafting items that were already present in the first game. The game gives more of everything fans of the original wanted from the first game, with more stages (another round of eight worlds of four stages, plus an extra World 9, if you don't use warps, and Worlds A through D id you play through the original eight worlds eight times) all to extend the play experience as much as possible. If all you wanted was the same game, but more, it's right here in this sequel.

The biggest addition to the game, though, was the changes made to Luigi. In the original game Luigi was just a reskin of Mario as they both controlled the same. Here, though, Luigi plays differently: he has less ground friction, making him slide more, but to compensate he has higher jump height, letting him reach better positions Mario simply can't. Luigi was designed here for expert players, but these changes anticipated the eventual evolution he'd go through for the U.S. version of SMB2.

Of course, a fair bit of this "new" content actually came from other ports Nintendo had already crafted, like the Arcade port of the original, Vs. Super Mario Bros.. That doesn't necessarily diminish all that's included in this game as this helps to serve as the definitive collection of Nintendo's later efforts with the original game. At the same time, though, it does certainly highlight that rehashed feel the game has. There's a through-line from the original game, to the arcades, that then ends here. This is the final iteration of the original material, the last gasp or last hurrah depending on how you feel, before Nintendo would push the series forward in its true sequels. 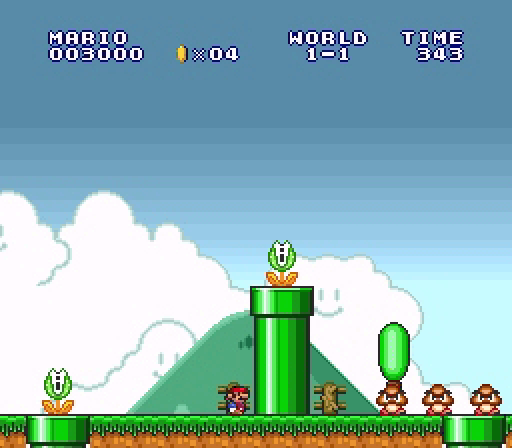 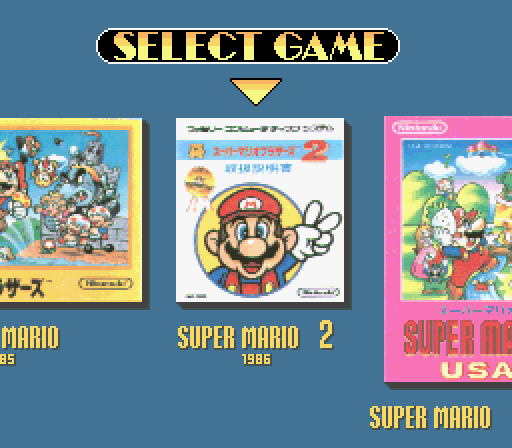 Obviously I'm not the biggest fan of the game. It's fine for what it is but it all amounts to an expansion pack for the original game repackaged as a new title. When you compare it to The Legend of Zelda, which had its "hard mode" second quest included in its original package, you have to wonder why that couldn't have been done for the original game. I appreciate the idea of Nintendo extending the life of the original game to give players more to do, but for all the new content included in the Japanese Super Mario Bros. 2 it just feels like more of the same.

I like the game better when its paired up with the original as part of an extended package, when you can treat the two games as two sides of the same coin. Super Mario All-Stars for the SNES did this best, packaging it alongside the original and the two other sequels for a whole evolution of the NES series (just with nicer graphics, of course). Then there was Super Mario Bros. Deluxe, the Game Boy Color release of the original game that also included The Lost Levels (as it's now permanently known here in the West) as unlockable bonus content. That's how this game should be treated: as a bonus extension of the original. When viewed through that lens, this game is great. It's just not complete enough, for me, to stand on its own, especially not when you see where the series would go from here.