Any Job a Plumber Can Get

We've gone through the whole of the classic Donkey Kong arcade series, and while Mario (and his recently added brother Luigi) had their own spin-off, the creatively titled Mario Bros., the brothers still weren't ready for the big game that would usher in a new era for Nintendo and change the expectations for what the series truly would become: Super Mario Bros. 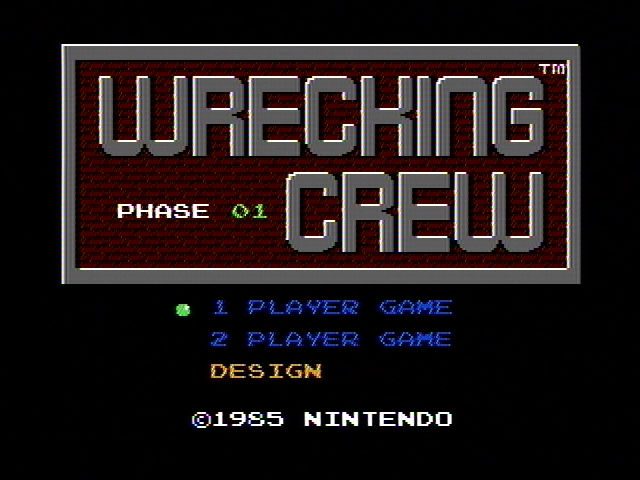 No, instead we still have one more arcade-style game before the ground breaking entry to follow: 1985's puzzle-platformer Wrecking Crew. This little loved, and largely forgotten, title marked another task for Mario to complete, a rote entry in his burgeoning series (that probably used him as the lead because Mario, even then, was Nintendo's mascot), but no one would argue it's some forgotten gem. It's a cute little game, but there's a reason we haven't seen a long run of Wrecking Crew sequels over the years: there's frankly not that much to this game.

In Wrecking Crew, Mario (joined by his brother Luigi in two-player mode) goes about single-screen stages, breaking all the free-standing walls in a stage. Break all of the walls (and whatever other wall-like objects may exist, like concrete ladders) and you finished the stage. There are 100 stages in the game for a player to clear, and then the game loops back again, promising countless hours of entertainment. Or so the box copy would say.

For a while, there's something fun about Wrecking Crew. It's mechanics are simple: Mario can't jump, but he can swing a hammer, so he'll walk, climb, and swing his way through the concrete and brick barriers, finding his path through the stages to finish his job and move on to the next task. Finding the right path, while avoiding a few different enemies (two types of basic, wandering enemies along with an "evil" wrecker that tries to stop Mario from finishing his job) can lead to a satisfying few minutes through the early stages of the game.

The stage layouts are varied enough that you can't just use the same path each screen, and no two challenges are exactly alike. The layouts get progressively more complicated, the amount of things to break gets stacked on more and more, and eventually more enemies are poured in as well. It can lead to some hectic moments as you furiously work to clear the game. 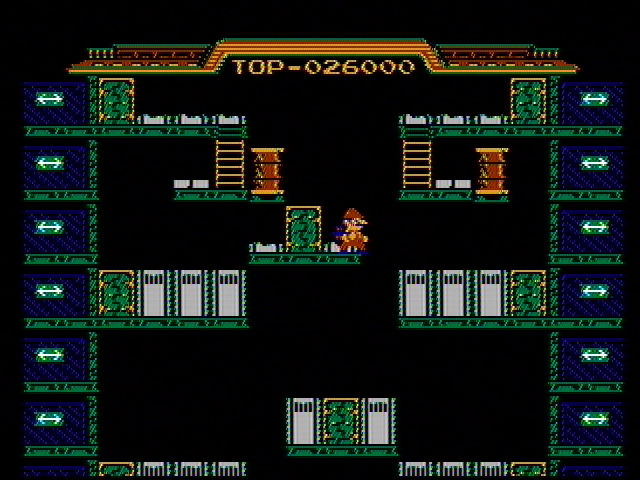 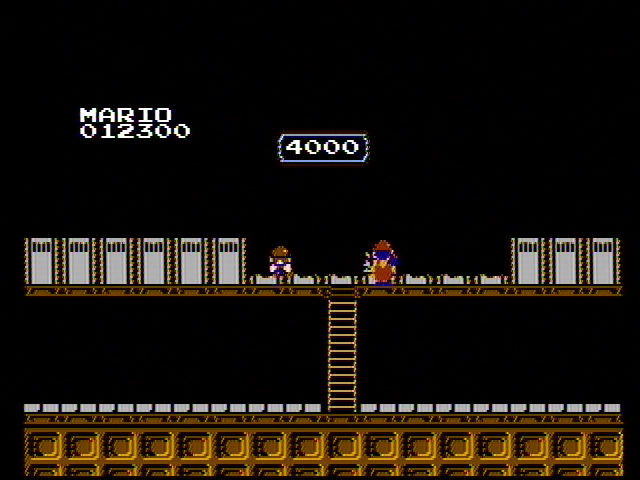 That said, the game lacks any real depth. Like Mario Bros., Wrecking Crew is a simple concept repeated ad nauseam. Yes each of the 100 stages are different, but that doesn't really make them varied. Your task in any one stage is the same as any other (even in the bonus stages), so once you've played through the first few stages of the game you've basically seen all there is to see.

It doesn't help that there really aren't that many different things to break. Brick walls come in three types, with the darker the wall requiring more hits to properly smash. And while, yes, there is some truly puzzle mechanics in play -- if you break the concrete ladders too early you might not be able to reach some of the walls you have to break -- that doesn't really add much depth to it. The fact that there's no true ending to the game means that even if you do decide to play through all 100 stages there's no real pay off for it. Finish 100 stages, go back to 1, do it again.

This really does feel like a title that was meant for the arcades as it fits perfectly in the aesthetic that Nintendo had crafted up until then. Nintendo's arcade games were all one-screen efforts: get a stage, see what you have to do, clear that one stage, move on. At some point the company decided to put this game on their home hardware instead of being featured in arcades. Hell, it did technically get an arcade release first, as part of the "Vs" machine line Nintendo made for many of their games, but that was clearly a rough draft of the title to come -- the stages were less expansive. But there was a cool competitive mechanic, which players trying to lure enemies at their opponents, that was lost in the "final", NES game.

Still, in whatever form this game took, it still feels like a half-baked concept. It's not bad, sure, but it's also not great and certainly not a satisfying game that you want to invest the couple of hours it would take to play through all 100 stages. In this case, quantity does not equal quality, so while the game boasts more stages than we saw in the likes of Mario Bros. or Donkey Kong, it has little of the flair. Its more Donkey Kong 3 than Super Mario Bros.. 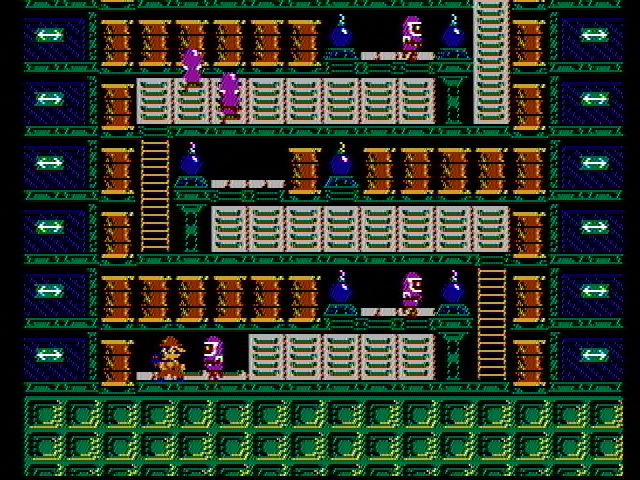 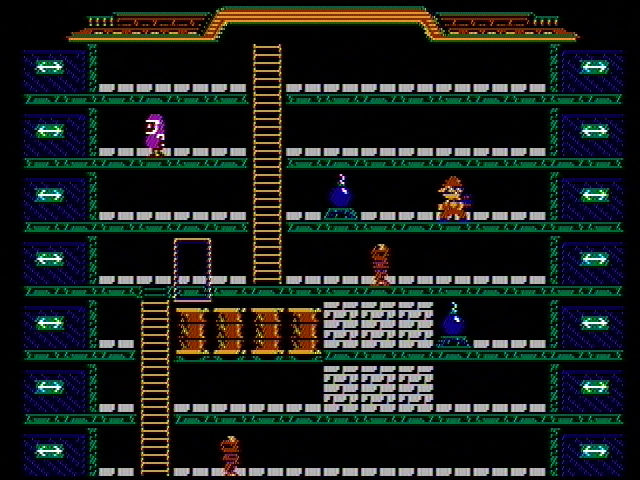 The company would only revisit Wrecking Crew one more time, in a true puzzle game called Wrecking Crew '98. Released for the Japan-only flash cart system, this game is more in the vein of Puyo Pop than the original platform title, with the characters breaking colored bricks in combinations to try and rain junk on their goes and win the boards. It's a fun little concept that, frankly, is more entertaining than the original title (owing mostly to the competitive angle upping the stakes), but it never came out officially in the West. Sad, because this is much closer to the game we should have gotten.

While the company clearly has some affection for the title, still referencing it on the SNES, and the resurrecting it in Japan for the Wii U Virtual Console, in the end this is just a misfire from the company. Amusing but quickly forgotten after a few minutes.