Cure for the Itch

The Maze Runner: The Death Cure

I was pretty hard on the second film in the Maze Runner series, The Scorch Trials, as that film took all the momentum of the first Maze Runner film and squandered it. There is potential in the series, but it's hard to tell that from the utterly boring, and pretty pointless, second movie. It this series was going to end properly it would have to find a way to answer all the issues raised by the previous films and course correct, hard. 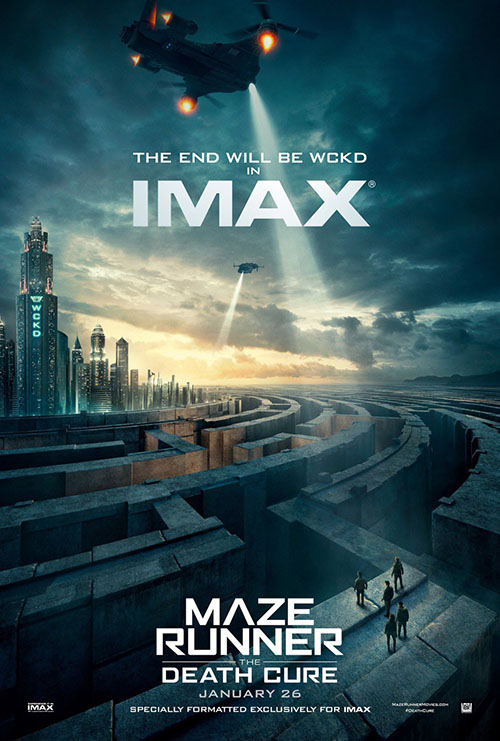 Thankfully, the third (and likely final) film in the series, The Death Cure, does manage to redeem the series, for the most part. It's not a perfect film (largely still due to a pretty terrible lead actor) but it does do enough stuff that's right to fix the series well enough and help usher it out on a high note. Plus it seems like it was tailor-made to answer all of my criticisms from the previous films. If Hollywood just wanted to court me for my vote, they did a pretty solid job.

The third film picks up a few months after the events of the previous movie, with our plucky band of teenage rebels fighting against WKCD. They start with a daring train robbery (that really sets the tone and momentum for the film), before realizing that the one person they're trying to find, lost teammate Minho (Ki Hong Lee) is deep in WCKD territory. Thomas (Dylan O'Brien) figures that the only way to save their friend is to sneak into the Last City, home base for WCKD, and break their friend out. Whatever else happens, Minho is their goal.

But getting into the city is harder than they might have imagined as the metropolis is surrounded by 30-story-tall walls. This leads to find yet another group of resistance fighters, rabble locked out of the city for not being rich enough. Led by the disfigured Lawrence (Walton Goggins) and a surprisingly not-dead Gally (Will Poulter), these rebels have a way into the city, which Gally will lead the whole crew -- O'Brien's Thomas, along with Thomas Brodie-Sangster as Newt, Dexter Darden as Frypan, and Rosa Salazar as Brenda -- into the city and deep into WCKD's main building. They'll have to face all of the soldiers in that building, along with WCKD leader Ava Paige (Patricia Clarkson), security lead Janson (Aidan Gillen), and the traitorous Teresa (Kaya Scodelario) who betrayed the crew at the end of the last film.

Going into The Death Cure I frankly didn't have high hopes. My wife and I watched the first film back when it originally hit home video and were impressed with it, but when the sequel came out we were so utterly unengaged with the film she wouldn't even bother watching the third movie. My hopes, then, were not high at all, but this film did manage to vastly exceed them all the same. It manages this early with one simple scene: the film shows us why the kids were being captured by WCKD and how everything that's happened up to this point was part of the process of finding a cure. 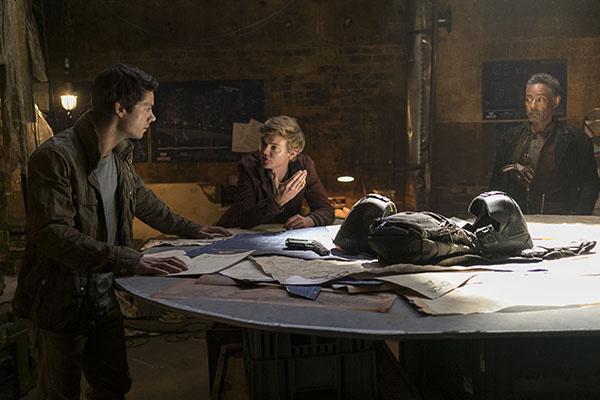 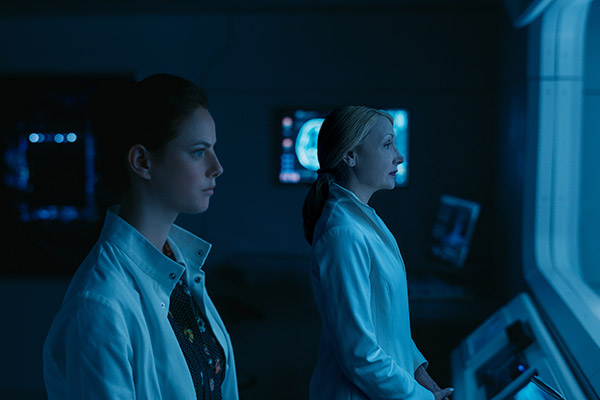 As I noted in the previous two reviews, the act of putting kids in a maze and letting them live there, trying to escape the construct, made no sense when paired with the plot line of a horrible disease of which the children (their blood specifically) could be the only cure. But as we learn in this third movie, its the adrenaline caused by a fear response that just might be the answer. Thus, the kids were put in the maze to heighten their fear, and they were captured and tapped like kegs later to give over their precious fluids. While that doesn't seem entirely sound from a scientific standpoint, its an explanation I can at least buy into and is certainly better than no explanation at all.

With that in hand I was actually able to engage with the story again and enjoy myself. Which is great because this film has a lot of good stuff going for it. Where the second film was a meandering mess, this film presents a tight and focused story: get Minho, even if it means traveling to the distant Last City and invading WCKD to do so. There's a goal, established early, and everything in the film builds to that goal, almost like a professional writer handled the story or something. It's amazing.

Along with the solid story we also have a lot of great action. There's not just that early train robbery, which is solidly plotted and executed, but also the later trip across the countryside to get to the Last City (with zombie-virus attackers), and then the final invasion into the city, the first excursion of which feels like another caper. It's like the filmmakers mashed up The Hunger Games and Ocean's Eleven and it works so well.

It helps that most of the cast is fantastic. The stand out is Thomas Brodie-Sangster, a solid teen actor who has been consistently good throughout these films, acting as the heart and soul of the movies. In fact, I'd argue that he really should have been the lead actor since he's so much better than anyone else here. That's not to say that Darden as Frypan, Salazar as Brenda, or Poulter as Gally are bad; they're great, in fact, but Brodie-Sangster is the star of the show. 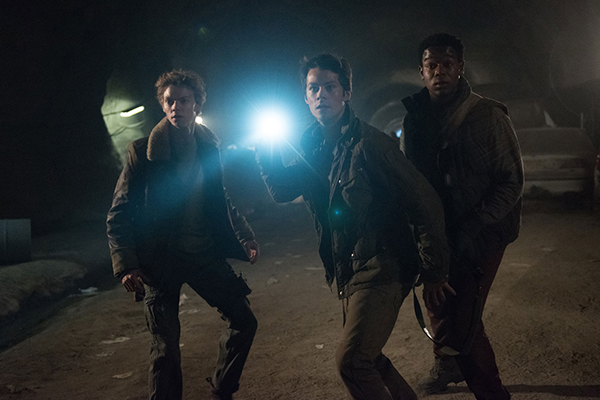 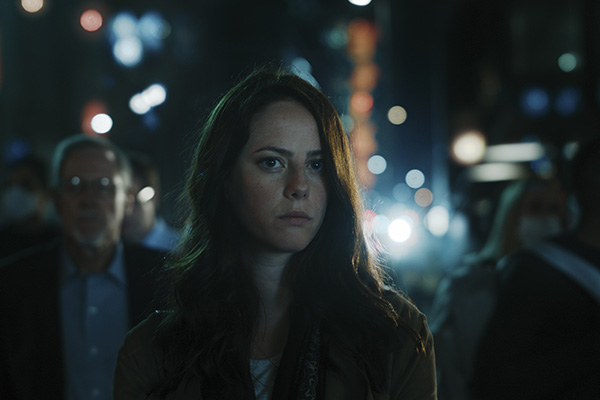 Except he's really not because O'Brien is lead character Thomas. And this is the one flaw of the film because, even after three movies, O'Brien still sucks. He has one emotion, stupefied sadness, and it's the only thing he conveys through all these films. I want more from him, humor and kindness and charisma, something to sell him as a hero or the sell the love triangle the film tries to feed us, but there's a void at the center. Thomas sucks because O'Brien sucks. Not that he's helped by Scodelario's as Teresa as she's also a vacant void. Two sides of the love triangle (with Brenda being the third), and only one side is actually interesting and charismatic, and that just doesn't work.

Obviously all of this should have been fixed when casting the first movie but now, three films in its too late. Instead we just have to enjoy the spectacle, the side characters, and the story itself. Honestly, that's enough, for the most part, making this a pretty solid conclusion for the series. I just can't help but think the films would have been so much better with a different actor at the lead. Someone with charisma could have sold the shit out of these films and really made them sing. As a whole, The Maze Runner series is a decent trilogy with a few really great moments. The void at the center of the trilogy, though, keeps it from being truly great. Better than most YA adaptations, but still a weak comparison to, say, The Hunger Games.