Lost and Wandering in the Desert

The Maze Runner: The Scorch Trials

In discussing the previous film in the series, 2014's The Maze Runner, we praised the film's setup and intriguing mystery but were disappointed by where it all lead. The film managed to craft a very solid and intriguing thriller but failed to get it across the finish line, getting mired in mythology building that just didn't seam well with the movie we just watched. It all reeked of a story that was intending to build to the YA-standard trilogy without a clue of how to do just that. 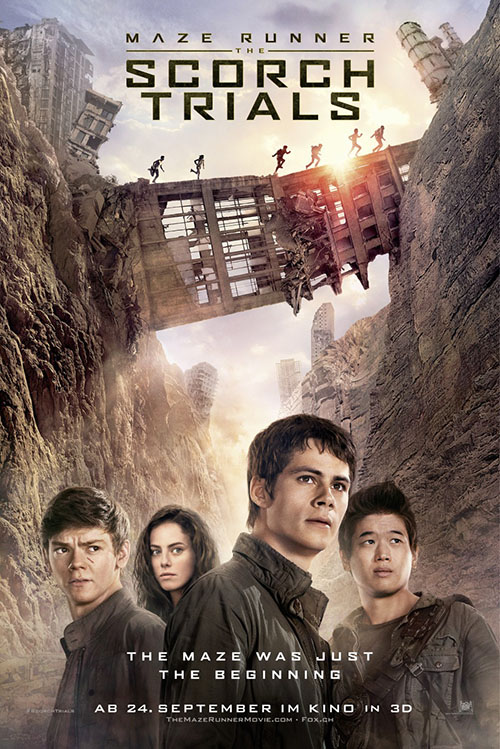 Disappointingly, the sequel, 2015's The Scorch Trials, continues that downward trend. Picking up after the events of the previous film, the sequel spends equal time retreading the first film and then spinning its wheels for no reason all before reaching a climax that tries to end the film on a epic note without any of the kinetic energy earned up to sell it. It's a story that could have easily been 45 minutes but is stretched to a bloated two-plus hours as to meanders and does nothing to expand or redefine the previous movie in any cohesive way. It is, in short, and utter waste of time.

After getting picked up by who, the kids thought, were a team of saviors, hero Thomas (Dylan O'Brien) and his band of misfits -- Kaya Scodelario as Teresa, Thomas Brodie-Sangster as Newt, Dexter Darden as Frypan, Ki Hong Lee as Minho, and Jacob Lofland as new kid Aris -- realize that the place they've been taken to, an underground bunker away from the maze, is really just another WCKD research base once more testing and studying the kids. Once Thomas realizes what's going on, that the WCKD team lead Janson (Aidan Gillen) is taking the kids to a lab in groups, hoking them up to machines, and draining the life out of them (so the fluids can be used to engineer a cure to the deadly disease that's taken over the world), Thomas leads his crew on a daring escape out of the base.

Only problem is that they're out in the middle of the desert without a real clue where to go next. The kids are captured by a band of raiders led by Jorge (Giancarlo Esposito), but Jorge has a change of heart and frees the kids, sending his daughter Brenda (Rosa Salazar) along with them while Jorge makes plans to meet up with them. The kids then wander to the ruins of a city, nearly get captured again, and finally, with Jorge's help, end up finding the opposition to WCKD, the Right Arm, out in the mountains. The only problem is that WCKD is still on their tails and could, at any moment, capture then and take them back to the base. Can the kids survive long enough to finally escape WCKD's clutches?

There's an interesting story somewhere in there, beneath the clutter and meandering stories that add nothing to the basic concept. The idea that the kids are somehow immune to the ravages of this disease, a disease that eventually turns people (effectively) into rage-zombies, and that their blood is needed to create a cure, that's a concept I like. It sets stakes and allows us to understand what's on the line. Or, it would, if we knew much about it. Bear in mind that rage-zombies weren't a factor in the first film and we get through the entire first act of The Scorch Trials, so instead of feeling like a key plot point for the trilogy, it's more like the writers said, "lol, let's add zombies!". 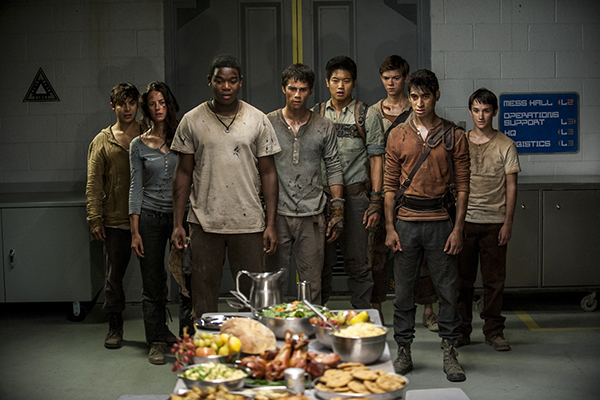 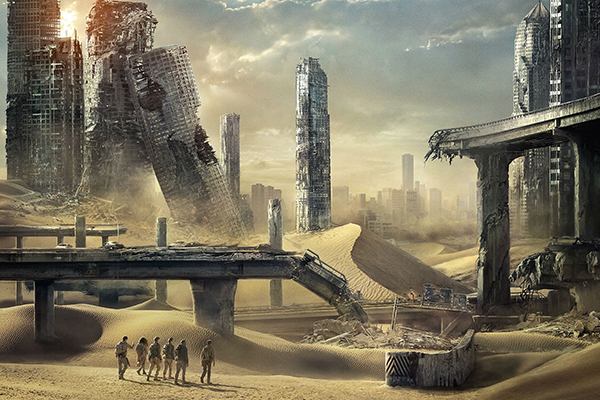 This really speaks to the issue with the first film, wherein the maze is used as the setup to get us into the film but it's never truly explained how putting the kids in the maze and making them find a solution out has any bearing on why they're good candidates for viral immunity synthesis. Clearly the kids weren't put in the Glade to keep them safe as it's never pitched that the maze is a way to keep people out; no, this is some kind of test, something the film tells us over and over again, and it makes no sense once you get to the larger story.

Meanwhile, there's also the fact that the world was somehow ravaged by an apocalypse (one not caused by the zombies, as the first movie makes clear), and yet, when we finally do see some kind of civilization, the last thing these people seem scared of are the rage-zombies. The entire world is a desert (more or less) and yet these people don't have any defenses setup to protect their little piece of civilization, and instead spend all day dancing in clubs, drinking and partying.

Even the opposition, the Right Arm, seems to have no anti-zombie defenses. They live in a tent city out in the middle of nowhere. They're working to (a) stop WCKD and (b) synthesize their own, humane cure, but they seem relatively unshaped by the apocalypse and don't seem too concerned about potential rage-zombies. There's a disconnect between the story the movie wants us to invest in and the actions of the people involved in the actual movie. None of it seams together.

What this means, for the film, is that the kids run around for a good hour, once they escape the base, and barely accomplish anything. The film finds its feet again in the last part of the last act, when we meet the resistance and WCKD comes calling, but up to that point it's just a lot of filler and wheel-spinning without anything to show for it. Where I was actively engaged in the first movie, trying to figure out what was going on and what the intent of the maze might be, the second film utterly bored me because nothing ever really happened. 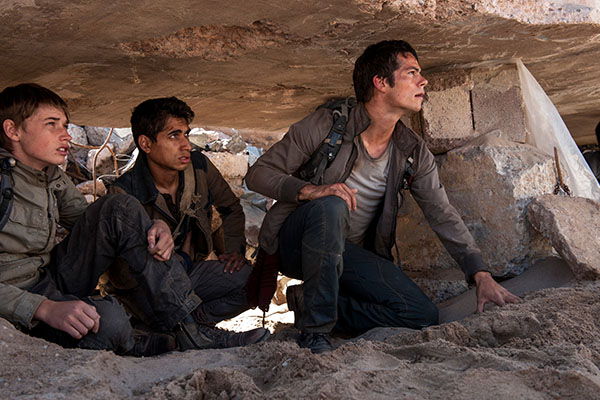 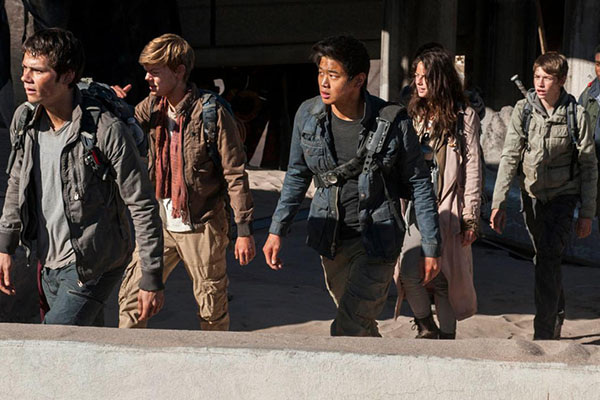 I just need more. I need some explanation for what's going on, what exactly WCKD is doing with the mazes and how it all ties into this disease. I need to understand what the intent of it all is. Plus, it would be nice if somehow we could address the fact that this evil organization, that seems to be a government unto itself, has the resources in the post-apocalyptic world, to build multiple mile-wide machine-based mazes, along with huge, high-tech complexes for studying the disease. There's the setup for the films and what we're told, and then there's what we see and the actions the characters take, and none of it jibes.

It's rare that a trilogy manages to bungle its second part so thoroughly, but The Maze Runner sure did. The Scorch Trials is an utter waste of time, completely devoid of solid world-building or essential moments that explain anything or truly further the story. It's a lot of running around with short bursts of sound and fury but hardly anything substantive. It is, really, the least essentially middle entry in a trilogy I think I've ever seen.

Here's hoping the conclusion at least justifies anything we've seen prior, that it explains some stuff and finds a way to reach some kind of satisfying conclusion. Frankly, I have my doubts.