A Whole Lot of Nothing

And with this, we reach the end of the Crow series of films, and wow how far we've fallen. We went from the theatrical heights of the original film this little better than made-for-TV film. All the style, substance, and energy of the first movie has drained away into a rather lifeless husk. Gone is the storybook style, the dark and brooding energy, the engaging action. What's left feels like a bad pilot for a television series (if not for he fact that The Crow actually had a television series, Stairway to Heaven, that, from what I hear, was better than this dreck). We've fallen a very long way. 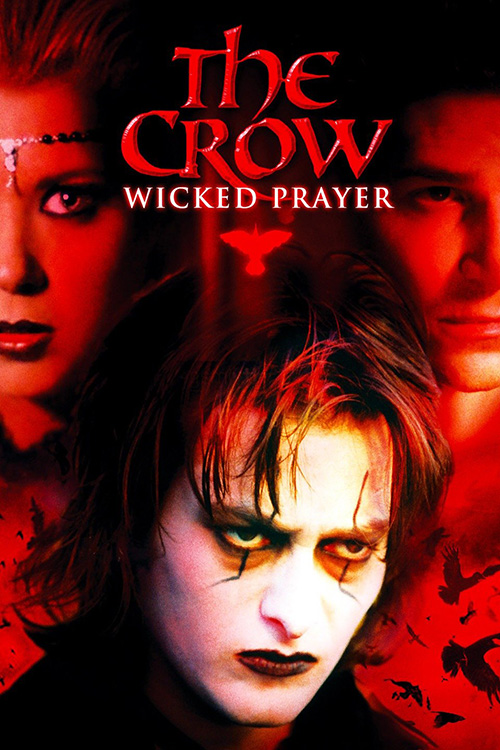 How did we get here, to a film with no major stars, no budget, and nothing to recommend it at all? The Crow was a reasonable hit, a sleeper smash that has lived on for over 25 years at this point. At what point did we go from that to this film, a movie who's biggest star is Edward Furlong (who had the height of his career in Terminator 2: Judgment Day). The answer, really, is The Crow: City of Angels.

Think about it: the first film was a hit (relatively speaking), while the second film was a box office bomb (it made a whopping $17 Mil, vastly less than the production budget of even the first movie). After that, the studios lost all faith in the series, slashing budgets and pushing the sequels to home video. While the core idea of The Crow: Salvation was decent, it needed a studio that cared to really craft it into a good movie. And then we get to Wicked Prayer, a film clearly designed as a cheap cash-in, made to sell a few DVDs and then disappear into the ether. This wasn't a movie anyone cared about, it just existed to grift money off fans of the original film.

The problems with Wicked Prayer are numerous, but it all starts with the cast. I pick on Edward Furlong, who is certainly the least imposing Crow ever cast in the series. Furlong, though, does at least care about his performance, turning in a pretty solid turn in this film, brooding while also oddly charismatic. He's vastly better than the foes he's up against, David Boreanaz as Luc Crash and Tara Reid as Lola Byrne (yes, "Crash and Burn", the height of humor in this film), a pair of actors so horribly miscast for their roles that it's hard to ever care about anything they do or say.

Not that there's much in the story for anyone to work with. The short of it is that Jimmy Cuervo (Furlong) is a ex-con who spent time in prison for killing a rapist. Having been on probation after being released, Cuervo fell in love with Lilly "Ignites the Dawn" (Emmanuelle Chriqui), daughter of the Native American reservation's local leader, and preacher, Harold (Danny Trejo). Crash (Boreanaz), who once was friends with Cuervo, breaks out of prison (with the help of his girlfriend, Byrne), gets his gang together -- Marcus Chong as War, Tito Ortiz as Famine, and Yuji Okumoto are Pestilence -- and then comes for Lolly and Cuervo. 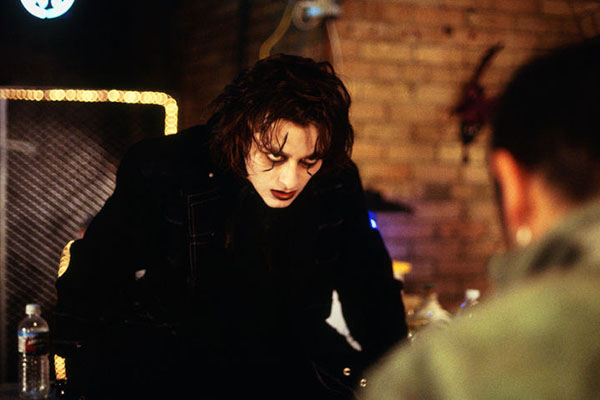 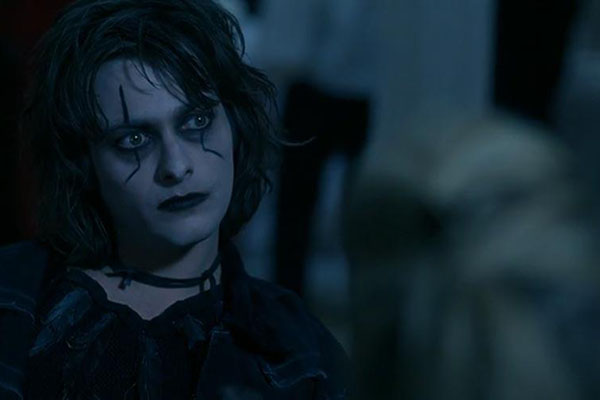 Crash's goal is to kill Lilly and Cuervo in a dark ceremony and use their death's to raise Hell... literally. Crash wants to become the Antichrist, and via a ceremony hopes to become the embodiment of Lucifer himself. Cuervo, killed in a violent act and left to rest uneasily, is resurrected by the crow so he can be the next undead spirit of vengeance. Cuervo has to stop Crash before the whole rite can be completed, lest the armies of Hell walk the Earth... or something.

There are a lot of ideas at with in Wicked Prayer -- the Crow's own mythology, the Four Horsemen, the Antichrist, plus unrest on the Native reservation, a dispute between miners that work on the reservation and the Native Americans, and a Satanic Pimp (Dennis Hopper) and his girls. Very few of these ideas are explored with any detail -- the battle between the miners and the Native Americans is dropped almost as soon as it's raised -- and nothing ever comes together at all.

For instance, the local sheriff (Dave Baez) is also Lilly's brother. When her body turns up, everyone blames Cuervo. This is a plot development that makes sense if taken only on its own, but you have to put it in the context of the whole movie. If Lilly were the only death in the film that would be fine, but Crash, Byrne, and the rest of the horsemen are go on a campaign of carnage throughout the reservation (and they aren't secretive about it), and no one even seems to bat an eye. Certainly someone should have said, "hey, maybe Crash and Byrne killed Lilly," but no one does.

And the whole plot line around Crash attempting to become the Devil is way confused. It's this odd mix of Native American mysticism and Catholic religion, with no real explanation or detail. And nothing is established about what the end goal is supposed to be. Will Crash just be extra strong (strong enough to battle the Crow one-on-one) or will he get other powers? Does he plan to destroy the world or rule it? Will he eventually take command of Hell itself? Nothing ever comes of any of this because the film has a lackluster climax that hardly explains anything and has absolutely no action. It just kind of ends, a ho-hum ending for a surprisingly bland movie all around. 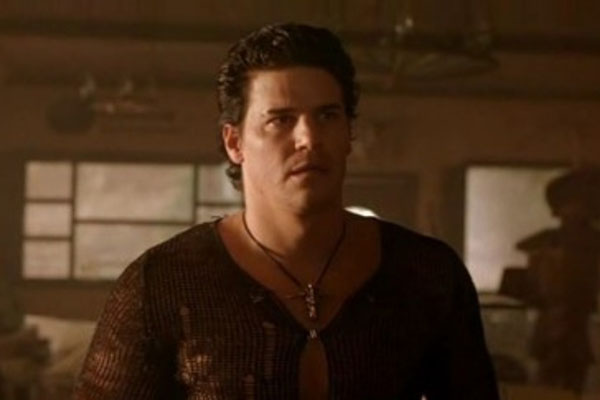 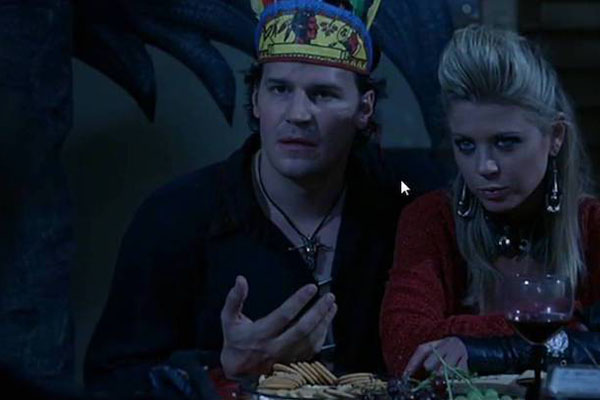 Plus, I want to note, the whole film is supposed to take place on an Aztec reservation. In the middle of the United States. I wanted to complain here about the film blindly casting Mexican actors for a Native American movie, but I'm at least willing to accept them in an Aztec reservation (since the Aztecs were based in Central America). That said, Lilly is played by Emmanuelle Chriqui who is of European Jewish descent, and I swear they had her put tanning lotion on for this role. That feels very... wrong, all things considered.

The Crow: Wicked Prayer is, all around, a confusing mess of a movie. Things are raised that go nowhere, the plot meanders even though there's hardly any characters, and then the film just ends without much explanation. It's hard to think of a worse way to bring this series to a close, this sad, uneven, utterly uninteresting mess, but that's what we got. Ever since this film the studio has been looking for a way to make a new film in the series, a reboot of the original that takes everything back to its roots. Fifteen years later, the studio is no farther along with that plan than they were when Wicked Prayer was released to the disinterest of everyone.