Well, That Ruined Everything

The Crow: City of Angels

I can understand the desire to craft a sequel to The Crow -- when the original film came out it was a bit of a minor phenomenon, powered in part by the tragic on-set death of star Brandon Lee. It made enough money for studio Miramax to figure a cash-in sequel would bring in solid cash, so they immediately put a sequel into production. I just have to wonder what they were thinking with the sequel we got: The Crow: City of Angels. 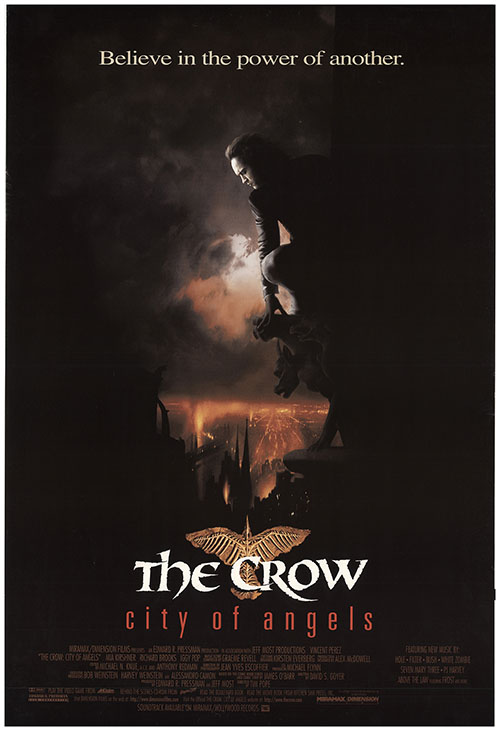 For anyone that complains that sequels are generally, and too often, just retreads of the originals, The Crow: City of Angels will not dissuade you of that. It's a film specifically crafted (by the studio, mind you) to be as much like the original film as possible. Every chance the film could get to follow the same journey, to go through the same motions, it does it. Tragically it just doesn't do it as well, or with any flair, leaving this as a hollow, soulless cash-in of the original.

In City of Angels we pick up with Sarah, the moppet from the first film now played as an adult by Mia Kirshner. Having moved to the City of Angels, Sarah now works as a tattoo artist, giving people tats of bird wings and weird crow symbols (because she's just a little obsessed). When she starts having dreams of a murder, and begins seeing a crow, Sarah drives out to the river just in time to find a man rise from the dead in the murky waters. This man was Ashe Corven (Vincent Perez) and he's not the new Crow.

Days earlier, Ashe and his son Danny (Eric Acosta) were witnesses to a murder. The gang that committed the deed -- Thuy Trang as Kali, Iggy Pop as Curve, Thomas Jane as Nemo, Vincent Castellanos as Spider Monkey, led by Richard Brooks's Judah Earl -- couldn't leave any witnesses so they tie together, shoot both of them, and dump them in the river. Now that he's back Ashe plans to mow through all the gang members that kill him and his boy and get his revenge so his soul can sleep in the afterlife once more.

As a writer (unprofessional though it may be) I can understand how hard it would be to craft a sequel to The Crow, especially since the original actor was dead and they wouldn't want to recast him out of respect. Thus we have to introduce a new character into the superhero role, and, frankly, there's not a whole lot of depth to the concept of the Crow -- a guy is brutally murdered along with the person he loves most, then has to go on a quest for revenge -- everything about the story resides in the execution. It's a tough writing problem to crack, no doubt. 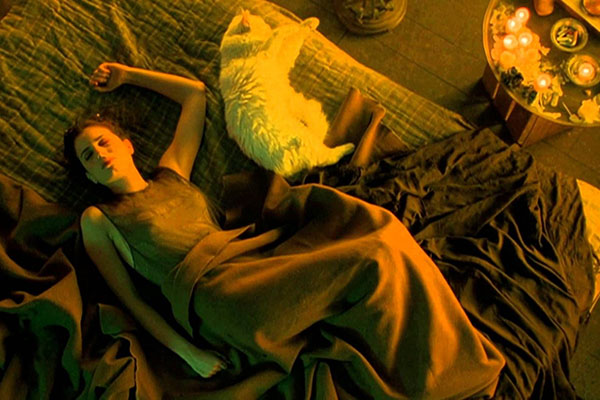 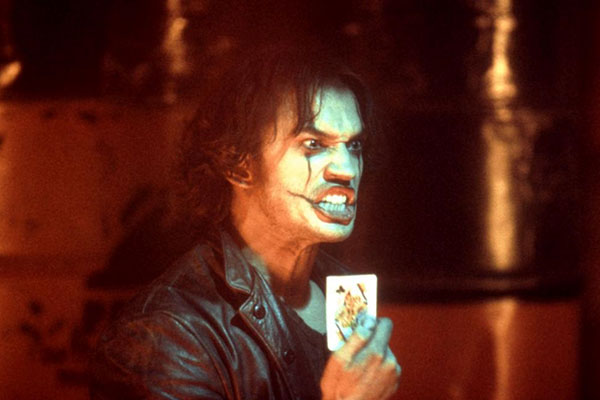 City of Angels, though, does nothing special with the material, instead at every opportunity dumbing itself down and just going through the motions. It's a lifeless, tactless hunk of celluloid that's really hard to sit through, especially if you try to compare it back-to-back with the original. And much of the issues on screen come from lead actor Vincent Perez. If you haven't heard that actor's name it's mostly because he hasn't shown up in a lot of big movies -- The Crow: City of Angels is easily his largest and most well known film -- and there's a reason for that: he's terrible in this movie. He overacts when the scene calls for subtlety, he plays it too cool when the movie needs emotion. He's basically all over the place and never once nails the proper tone for his character.

To be fair, it's not as if he's given a lot to work with from the actors around him. This whole film is ridiculous, with a collection of gang members that aren't in the least bit realistic or believable. I recognize there was a vaguely fairy tale quality to the original film, but that movie at least invested in its world and tried to craft something internally consistent. City of Angels, though, is just ridiculous, with crime syndicate that's also, somehow, a bondage club, and a bunch of gang members all dressed in latex and leather as if they just walked off the set of The Warriors. There's no sense of the world, or what these characters want or need, they're just cartoons in a ridiculous, fake sound-stage.

The film we got in no way, shape, or form crafts a tale we can buy into about the new Crow. Where the first film gave us a solid love story between Eric and Shelly, and then have a crime that was brutal and horrifying, we don't get that sense of love between Ashe and Danny (again, because Perez is terrible) and the murder of the two is far less shocking than anything in the original film. You wonder why the crow bothers to bring Ashe back for something like this, and then you have to wonder why the crow felt this gang needed killing since they're so inept and stupid its hard to see them staying in business for very long. Nothing in this film works, at all.

That includes the climax of the film, where the villain Judah somehow steals many of the powers of the Crow from Ashe. This is where, traditionally, some knock down drag out would occur (or the gun fight from the original film), but instead we just have a bit of power creep where Ashe suddenly summons a horde of crows that whirl in and sweep Judah off to Hell or whatever. It's a nonsensical moment that comes out of nowhere -- if he can just summon crows to carry people to Hell, why didn't he do that sooner instead of everything he'd already done for the last hour-fifteen of runtime? -- and it totally deflates all the energy of the film, such as there was. 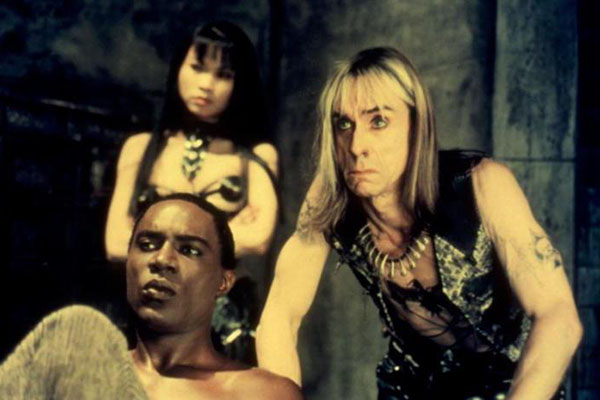 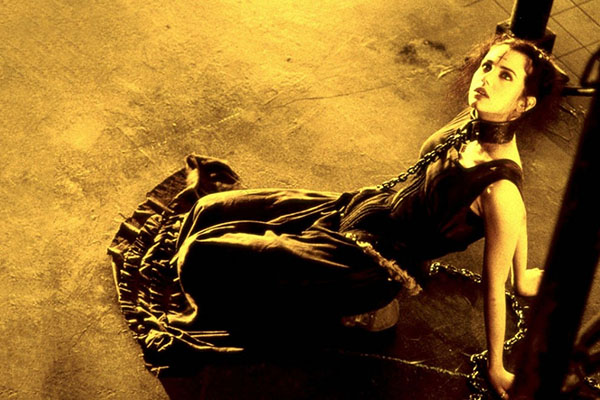 The biggest sin of the film, though, is that it's just so boring. The film wastes a lot of time on Sarah, the only returning character from the first film, and if she were a major player in the movie that would be something, but Sarah hardly does anything at all. Yes, she finds Ashe and helps him get his face painted so he can kill people, but that's about all she does. The rest of the time she hangs out on the sideline, wearing stupid dressed and acting as a love interest for the undead hero. Ashe doesn't even show up until the 30 minute mark, long after you'd expect the hero to be in his own movie, and then the film has to go through all the motions of the previous film in an hour, not investing in any of it and just getting through all the scene through rote obligation.

It's all just a leaden, sodden mess. None of the characters act or behave like real people, none of the action is well filmed or solidly paced. If you compare this film to the original, which had cool set design, well-plotted action, and a lot of really good moments between the characters, City of Angels fails on every front. It's a bad photocopy of the original, jumbled up just a little but barely with any effort, style, or substance at all.

Screenwriter David S. Goyer, who crafted multiple treatments for the film that would become City of Angels (one where Sarah is the new Crow, another set in 19th Century England) said that the final file didn't reflect his original vision or script, disavowing the production entirely. Apparently whatever vision he had was ruined when the final film fell into the hands of the Weinsteins at Miramax where the film was completely re-cut into the final version we saw, arranged to resemble the original film as closely as possible (which does sound like Harvey's style when it came to butchering films). I dunno if a better edit could have salvaged Perez's terrible performance, or the stupidity of the gang Ashe fights, but it might have had better flow, energy, and style. Much of the fault probably does reside at the feet of Miramax.

Not that it redeems City of Angels in any way. I don't know if the Director's Cut (which restores 11 minutes of material) saves the film at all but I don't really see how it could. This film is a clusterfuck of bad ideas and terrible production. Whatever vision Goyer had is lost in the final product; this is just a bad movie, through and through. It's bad enough that a pall fell over the film series, making viewers wary of any further sequels at all. Two more did follow, both of which were cast to home video hell, and the planned remake of the original film has been languishing for years. All because of The Crow: City of Angels, a terrible movie that single-handedly managed to sink the entire franchise.