Let's face it, The Crow did not lend itself well to sequels. While the comic book companies that have owned (or licensed) the properties have tried to find ways to extend the series, the original tale of violence, murder, and supernatural revenge does not lend itself easily to sequels (and that's before we even have to deal with the untimely death of star Brandon Lee from an on-set accident while filming the original movie). 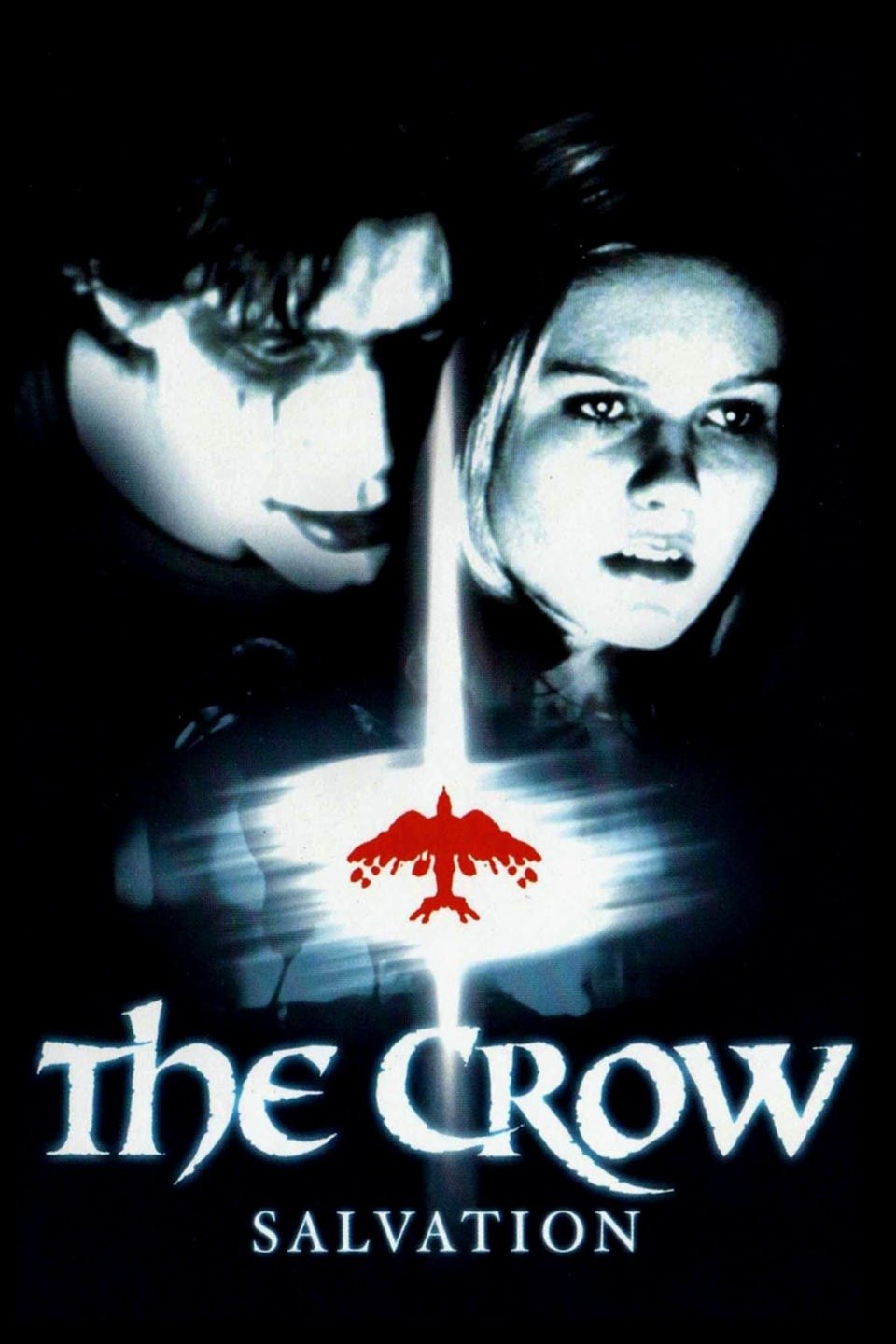 Due to construction each film is a one-off affair. A hero undergoes a tragic end, with a loved one somehow caught in the crossfire, and then they come back to exact their revenge on all the people responsible. By the end of the story they've gotten what they wanted and then get to go back to the afterlife so they can have their paradise with the one they love. Where do you go from there? "Oh, sorry, someone else is responsible so we have to dig your corpse up again." That just doesn't work at all.

So, instead, each film has to introduce a new person to become the Crow (so far, each of them a guy because the studios were adverse to the idea of a female superhero). This forces us to go through another version of the original story, to learn about our new soon-to-be-hero, see why they are justified in coming back from the dead to kill a ton of people, and this means every movie has a lot of setup it has to get through before it can actually get to the meat of the story. In some cases, such as The Crow: City of Angels, this can be quite the slog.

To it's credit, the third film in the series, The Crow: Salvation, at least finds a different hook for the film. Instead of a dude, and his lover, getting killed by a random (and oddly colorful) gag of hoodlums, this time around it's an innocent death row inmate, Alex Corvis (Eric Mabius, with a real name even better than any of the names they give to these heroes), sent to the chair by a group of corrupt cops. He was framed for the murder of his girlfriend, Lauren Randall (Jodi Lyn O'Keefe), and then the crow flies along and brings him back from the dead so he can exact holy revenge, which he does in the now-usual style.

Fact is that just about any film could rise above the horribly low bar set by City of Angels (although, as we'll see in the next, and currently last, film in the series, it's still possible to stagger under that bar). While Salvation isn't a great film by any stretch, it's still decently watchable and far more interesting than anything City of Angels had on offer. It manages to avoid many of the pitfalls of the second film in the series, with action, setting, and actors, creating a vastly better product (even if none of these films can really compare to the original that kicked off the series). 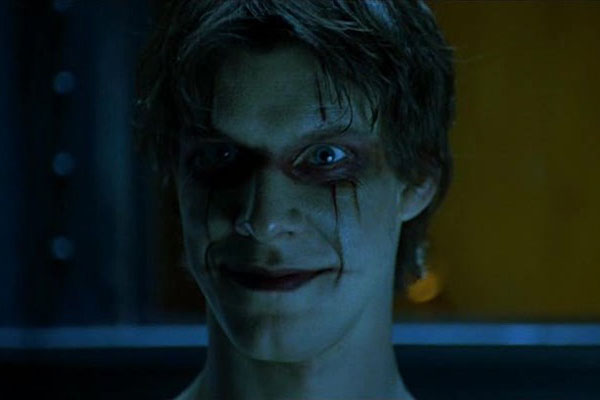 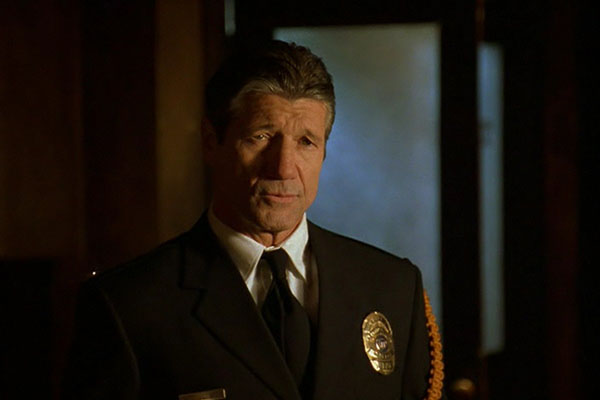 The first and most important improvement Salvation makes is in its casting. This film was originally meant to be a theatrical release but, based on the terrible reception City of Angels received, this third effort only got a limited release at the Box Office before immediately getting dumped on home video. The original plans, though, meant that a bunch of mid-level actors were brought on for this film -- William Atherton as Nathan Randall, Kirsten Dunst as Erin Randall, Fred Ward as the Police Captain, along with Walton Goggins and Tim DeKay as police detectives. Certainly Dunst and Atherton are the biggest names in the cast (and neither of them are A-list at this point), but they all add a certain level of credibility to the film, and everyone gives all around solid performances.

Mabius isn't an actor I've seen in very many films -- basically this movie and the first of the Resident Evil theatrical films -- but he does a pretty solid job here. He's a decently charismatic actor, one who invests in his character and never overplays the roles. Maybe he's a little too insular, a little less outgoing than an undead superhero should be, but he hones in on the core of Alex and plays the character well. No one is going to be Brandon Lee, but unlike with City of Angels trying to craft everything to fit the original film, Salvation is smart enough to let Mabius find his own version of the Crow to play.

Story wise, I do think Salvation tries too hard to pull together a big, twisty tale of intrigue. The whole story is predicated on the idea that Alex is framed and he doesn't know who all is involved in the frame-job, why, or how. As he digs in, more and more of the threads are revealed until he finally gets to the man at the top pulling all the strings. That would be fine for a film that wasn't desperate to keep to an hour-and-a-half runtime and also that had to get put together on a small budget. This is a film that strains at the seams, though, struggling to tell a sweeping epic when it doesn't have a ton of money for sets or action or effects or... well, anything more than a solid cast of C- and B-list actors. It tries mightily but never really rises to the heights it aspires.

The film is at its best when it focuses on its central characters, Alex and Erin. Having quiet character moments, them working through their grief, finding solace in their friendship, working on the mystery around the death of Lauren, these are the moments when the film comes together. It's to a credit for the film that, unlike in City of Angels, Salvation is able to take the quiet moments and make them compelling. Yes, this is supposed to be a superhero action film but the movie invests well in its characters to the point that you actually care about them as people. 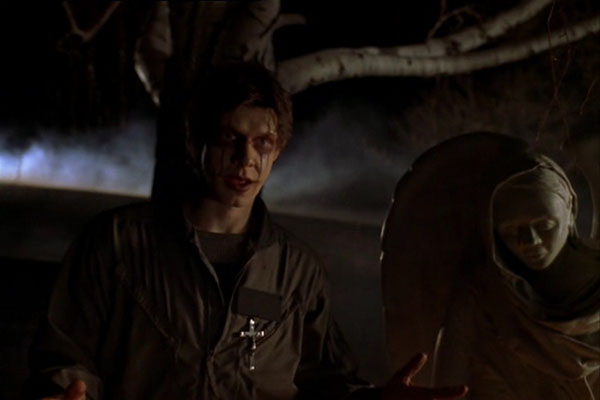 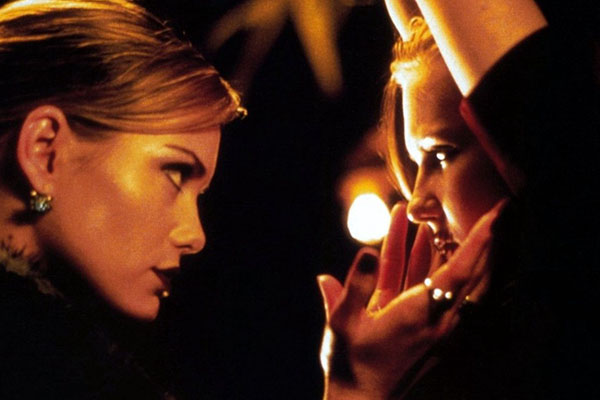 Where the film really falls apart is in the action. Namely, there's a decided lack of it, with only a couple of real set-pieces (including the lackluster climax where Alex takes out a bunch of dirty cops), all of them hobbled by bad direction and poor cinematography. Where the original film was a solid 1990s-era action film with solid character moments put on top, Salvation is a good character-driven drama with only token action stitched on. It wants to be in the same genre as the original film, but the story of Salvation wasn't meant for that.

In all honesty, I think Salvation would have been helped by committing fully to the drama. If the film had been done as a 1920s-set Noir using basically all the same characters and ideas (while maybe swapping out an Online porn den for a Prohibition-era speakeasy as the overt criminal hideout form the dirty cops) the film would have worked perfect. Small moments of revenge inter-cut into character-driven brooding, that's exactly what Salvation needed. Of course, I don't know if this film could have had the budget to make that kind of period piece, but the story inside this film lent itself perfectly. Certainly it makes more sense than trying to craft this film as a modern-era action film. It just doesn't work.

I found myself vastly more engaged with The Crow: Salvation then I expected. Yes, it's basically a bargain-bin home video release, but it had aspirations (a the acting talent) for more. With the right support from the studio, and the right setting to compliment its story, this film could have actually been a winner. Instead it was a dump-and-run production that eventually led to the worst film in the series yet...