The Continuing Adventures of a Band of (Mostly Dead) Heroes

Guns of the Magnificent Seven

Trends in movies, the the cinematic format itself, have changed and evolved over the decades. When sequels are made now actors are rehired over and over again to play the parts they made famous. If a movie is successful every character that can be brought back is included, and every attempt is made to draw back all the original actors. It's rare to see recasts, and those usually only happen when an actor dies or there's some kind of on-set scuffle that requires a replacement. Even then, most times the character is just dropped, usually with some kind of memorial (such as in the case of The Fast and the FuriousStarted as a film about undercover policing in the illegal street-racing community, this series has grown to encompass a number of different genres and become one of the most bankable franchises in the world. series). 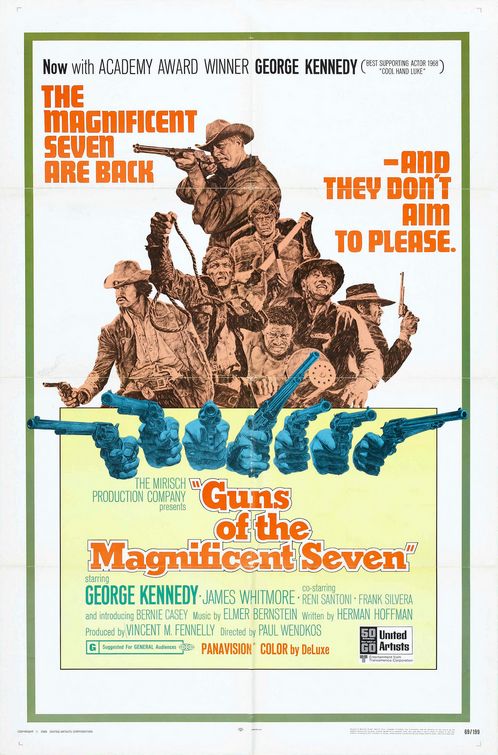 Back in earlier times, though, sequels weren't the Hollywood jackpot they are now. The common way of creating a sequel was to half the budget of the previous film and then, if the money was there, try to get back at least a few of the original actors for another go at it. If the actors were too expensive, or just weren't interested, frequent recasts were used. This was the case in the third Magnificent Seven film, Guns of the Magnificent Seven. Yul Brynner, electing to skip any further associating with the series, was replaced by George Kennedy. Watching this film, this one change gives the movie a completely different feel -- I acknowledge that Kennedy is a fine actor, Academy Award winning even, but he didn't have the same style or demeanor as Brynner, essentially making Chris Adams feel like a completely different character this time around.

You might wonder why they'd even bother to recast the role at that point. Why not just make a new character, like a brother of Adams, who then leads the next change in honor of his family. Even a tossed off like (much like one already included in this movie) about how "seven is the family's lucky number" would be enough to justify the swap out. It certainly wouldn't have been as jarring for me if the character could have been anyone else. Heck, even just bringing back one of the few characters to survive the previous films and having them lead the next Seven would have been better.

And yet, this is perfectly in line with the traditions of the time period. As we've discussed over on our sister-site, The Inverted Dungeon, actors were regularly swapped out in the classic monster movies, often from one film to the next, even going so far to have an actor play one monster in one film, and then a completely different monster in the next sequel (Bela Lugosi, for example, played Dracula, Igor, and Frankie all in the same series). Since Chris Adams was the iconic character of the Magnificent Seven series, it was clearly more important to have the character over the actor that made him famous.

Still, I kind of wish they would have done something different. Just reusing the Chris Adams character give this film a weird energy. It leaves us in this space where the film feels like a mock-buster of The Magnificent Seven, a film made to ape the more popular film without adding much new or interesting to it. Aside from changing the actor, this film is very much in the same formula of the previous two films, leaving you in a space where you wish the creators would have done something to make this film more interesting. Giving us a new lead character could have been the thing to goose the series. 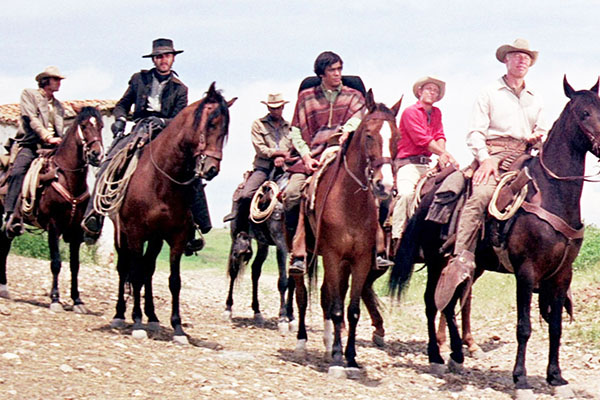 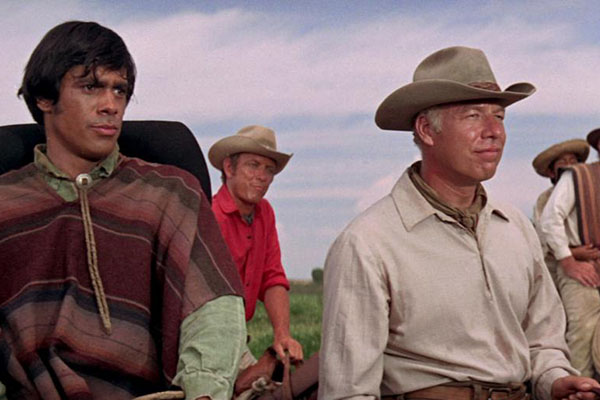 Honestly, this film is a conventional Magnificent Seven film through and through. Although the story begins with a nice twist, tying in the film to the events of the Mexican Revolution, once it gets going it follows all the usual beats. We have a nasty dictator, Colonel Diego (Michael Ansara) who leads the Mexican military forces, who captures the revolution's leader, Quintero (Fernando Rey). Quintero's second-in-command, Max (Reni Santoni), goes off to find a man named Chris so he can pay him to hire men and help save Quintero. One he finds Chris Adams (Kennedy), our hero of course goes about hiring a band of seven guns so they can fight back, save the day, and ensure freedom and prosperity across the land. In essence, you've seen this movie before.

While the basics of the plot haven't changes at all (which, again, is tied to the conventions of the era -- how many times in Dracula or Frankenstein films did the plot follow the same beats over and over again?), the movie does at least get a bit of mileage out of fleshing out its characters. We get a few colorful characters, like the one-armed gunslinger Slater (Joe Don Baker), and the former slave Cassie (Bernie Casey). These two get a few great interactions together, paired up often to talk oppression and mutual understanding. Of course, as is the tradition of the series, anyone that isn't the main hero, or a couple of the most important side characters, is likely to die by the end of it. That means all the really good characters here will likely not survive to the end credits.

It really feels like the movie knew it had to kill off characters but didn't have a great way to do it. Instead of making the deaths matter, each character stupidly stands up as if waving a "come shoot me sign", and then blatantly stands there until someone can kill them. It's rote and formulaic and holds back both great characters and their deaths.

But really, the biggest thing holding the movie back in Kennedy. He's fine in the role but he lacks a special something that made Yul Brynner's version of the character work so well. Brynner has a quiet confidence and his Adams was a man of few words. Here, though, Adams is give long, rambling monologues as if Kennedy's character just suddenly realized he had something he wanted to say. Sadly all his speeches basically amount to hollow platitudes about heroism and justice. It's boring and Adams shouldn't be boring. 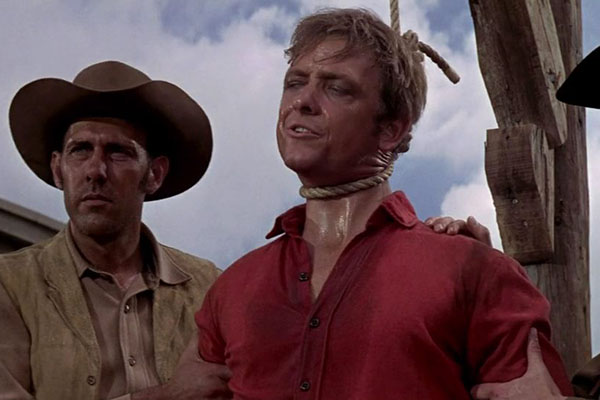 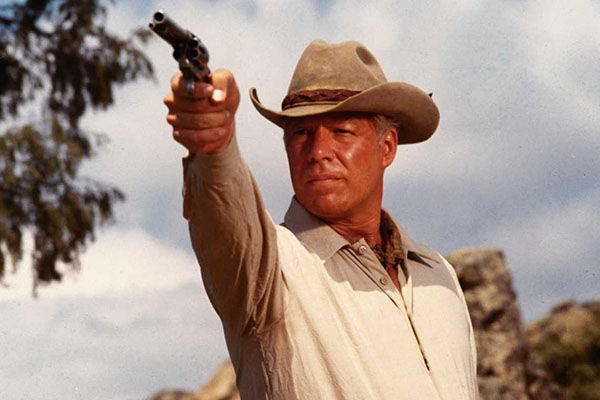 In the end, then, Guns of the Magnificent Seven is one step forward and one step back, all the arrive right where it started again. This movie is more of the same from the series which, if you're a fan of these movies, is probably all you need. These flicks still haven't hooked me yet, though, so I ended up leaving this film feeling empty. Each one of these films so far has gotten close to being great, but something always holds them back. This time around it's a combination of a misunderstanding of what made the lead character work followed up by too much formula and not enough creativity. In different hands maybe this third film in the series could have been something special. As it stands, it's just more of the same.