Return of the Seven

Although I wasn't a huge fan of The Magnificent Seven, the movie was a big hit. I certainly can see why because while it feels dated now -- a tad plodding and weirdly bloodless -- for the era it came out in the probably felt like a rip roaring adventure. Cinematic tastes have evolved over times and plenty of great movies have aged poorly over the years; for me the Magnificent Seven was just one of those movies. Still, back when it came out the movie was quite popular, spawning a series of sequels to sate audience's desires. The Magnificent Seven had to return because there were tickets to sell.

That said, the concept of a second Magnificent Seven movie seems pretty silly. Bear in mind that four of the original "Seven" died at the end of the previous movie. Getting the band back together requires a twisting of the term, or some really intricate necromancy, and since black magic wasn't part of the series the more likely option would be that the "Seven" would return, but largely just in name.

That's how we get Return of the Seven, which really only features Yul Brynner coming back from the first movie, and two new actors playing the roles of previous people. Everyone else is a new character, all of whom are needed when a new evil tyrant, Francisco Lorca (Emilio Fernandez), comes on to the scene. Riding into Chico's village (Chico now played by Julian Mateos), Lorca's men kidnap all the male villagers (Chico included) and ride them out into the desert. Years before Lorca's sons were killed and he wants to rebuild a local church, and neighboring town, as a memorial to them. To do this he needed men (read: slave labor) and the kidnapped villagers were those conscripted men.

Of course, when he finds out that his old buddy was kidnapped, Yul Brynner's Chris Adams has to get the gang back together to save his friend and the rest of the villagers. He first pulls in original team mate Vin Tanner (now played by Robert Fuller, which sucks because original star Steven McQueen was awesome in the role), along with four other hired guns with hearts of gold, to ride into battle and save the day. It's another adventure for the (more or less) reformed Magnificent Seven.

To be frank, we didn't really need a second Magnificent Seven film, and certainly not one that has to go to such torturous lengths to bring the concept together again. The first film had seven guns (for seven brothers) so this film had to do it as well. Hell, this film is slavishly dedicated to basically rebuilding the previous movie again, forcing a similar situation -- a bad guy preying on a small town -- and interchangeable characters (the gunslingers aren't really any more or less interesting than the previous crop) to lead to the same basic climax. The fact that the film goes out of it's way to recycle the same characters and setting from the first movie, forcibly bringing back Vin and Chico just because they survived the first film (even if they had to be recast), makes this film feel like nothing more than a copy of what came before.

That's the biggest knock against Return of the Seven: it has no new ideas to apply to the formula. Everything in the film follows the same beats, and about the only thing that's different is the actors. It might have been interesting to see the characters get caught up in a different kind of scheme, or to have to try and fight off people coming after them (the film almost toys with this, setting up a bounty on Adams's head and then never really doing anything with it). Instead it settles back into the ruts already carved by the first film to give us the same adventure all over again. 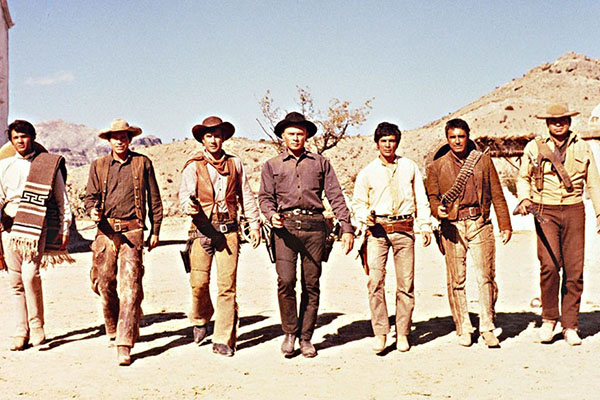 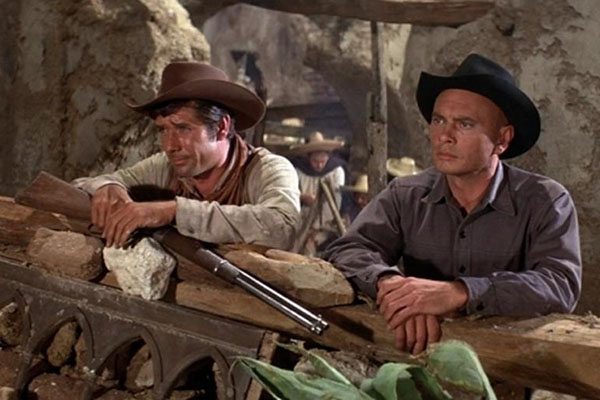 That said, it does provide the requisite thrills you'd expect, just as the first movie did. If anything, this movie is at least a little more action-oriented, with a couple of decent shoot-outs before the big finale. And that finale is pretty epic, at least by 1960s standards, with plenty of guns shooting, explosions going off, and horses running left and right. It's just as bloodless as the previous one, with men dying by just flinging themselves backwards and playing dead, no wounds in sight, but for the era it works.

If anything, the fact that the movie doesn't have to go through all the steps to set up the movie -- no long opening sequence of the farmers begging for help, no awkward dance sequence as the farmers welcome to heroes to town -- actually makes this film more watchable. It moves along at a brisker pace (being an easy half-hour shorter) and gets to the action much quicker. If it had to be just a retread of the previous movie at least it does it well, getting in and moving to the goods as quick as it can.

And at the center of it all is Yul Brynner. The man really commanded his role as Adams and, once again, is the glue that holds this movie together. He can still do more with a single raise of his eyebrows than any of the other actors in the film were capable of with all the dialogue they were given. It's a quiet sort of cool, one that's hard to replicate, but when it's on screen it's all you want to watch. Brynner didn't come back for the next movie and already I fear how bad that film is going to be.

Chico, too, is much improved this time around, if in no small part because he was recast. Instead of the loud, brash, and annoying character from the first film, Julian Mateos's Chico is more likable, more mature. He manages to take a character that I wanted dead in the first movie and make him someone I at least like. He's not really all them memorable this time around but considering how awful Chico was last time, this is a massive improvement all around. 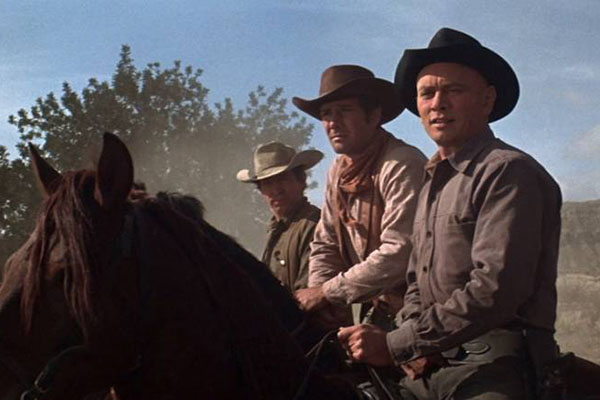 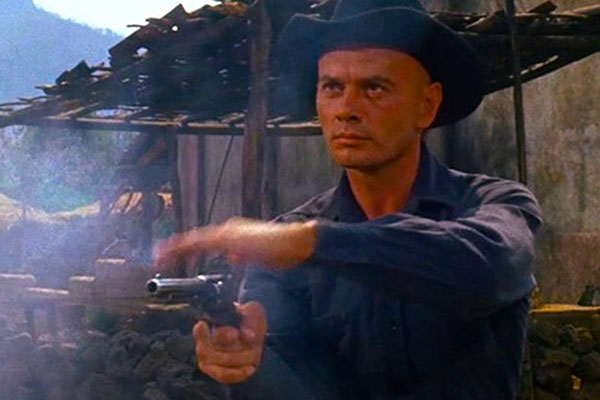 Really, though, there's nothing much to recommend about this movie. It not much more than a rehash of the previous film with one really good fight sequence at the end. If you can make it to that finale then you're in for a treat. Otherwise you might just decide that the Seven didn't need to bother returning at all.