The End of an Era

With these last two seasons of Mad Men we enter the final era of the show. If we look at the series as the story of an advertising agency, what these last two seasons document is the end of Sterling Cooper as we know it. It goes from a version that moved from one building to another that, yes, did gain two extra partners in its title (Draper and Pryce), but it was still the agency we knew, more or less. But these last two seasons change the game entirely. It merges with another agency, then is bought, and then ceases to exist at all. The show really has to end here because, essentially, the home we've known for seven seasons is gone completely. 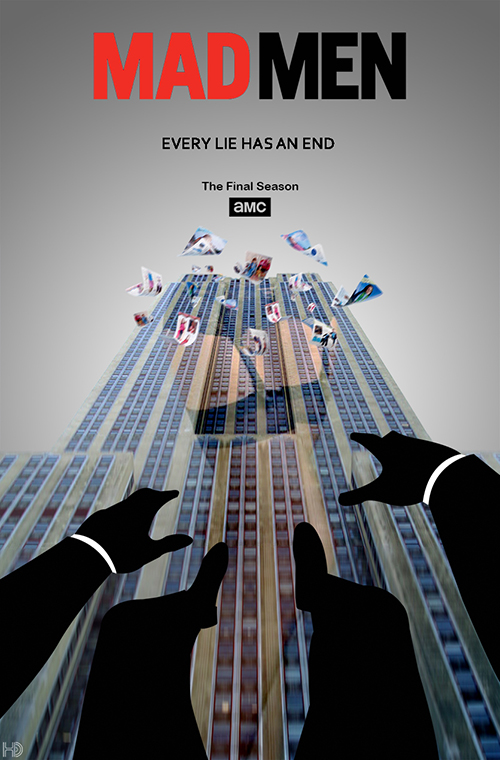 That's actually the realization our lead character, Don Draper, has in the back half of season seven. Having watched his agency merge with another (CGC in season six, which is admittedly his fault but still), and then being forced out due to a drunken rant, only to come back by having his agency sold to another... and then watching t get completely subsumed, suddenly the place he's been at for over a decade no longer exists. If he's not "Don Draper of Sterling Cooper", the identity he;s crafted for himself over those years, then who is he?" He hasn't been Dick Whitman in so long, but does Don Draper really exist if he's not at Sterling Cooper?

Certainly he could continue being an ad man, but doing that for some other agency where he has to work his way up again (no matter how much weight his name carries), that's not really him. That's not how he works, and that's not where he wants to be in his life. Given the choice between being at a new place where he's just one man among many, or going out and reinventing himself again, he's rather reinvent himself. Maybe even do it right this time.

That's more or less the message we're given in the back half of season seven (which was aired, and then released on home video, in two parts over the course of a year). We watch as he walks out the door of his job to go travel the country, driving all the way along ass he just basically bums his way through life. He's retired, as far as he's concerned, and now he can enjoy all the money he made. The last place he wants to be is back in New York with his old life. Hell, he left his kids behind and doesn't even think about going back (although he does call them regularly at least). The man he was isn't who he plans to be... he just doesn't really know who that is.

That ambiguity, though, I think is part of what drags the end of the show down. Don doesn't know where he's going so he just kind of ambles through the last few episodes. Seeing Don the drifter is interesting, but the show leaves him on a bit of a question mark. He both goes somewhere to find his bliss... but then also maybe, sort of dreams up the "Buy the World a Coke" ad? So he isn't an ad man anymore and yet also probably will be? It's a confusing place for the character, and for the show, and by ending on a shot of him it sells the idea that he really was the focus, even as everyone else ends up in a very different place. 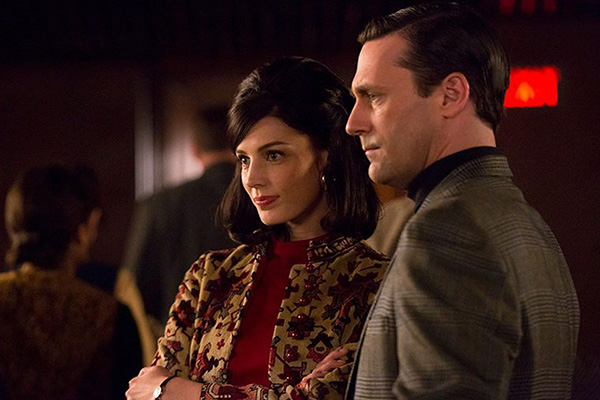 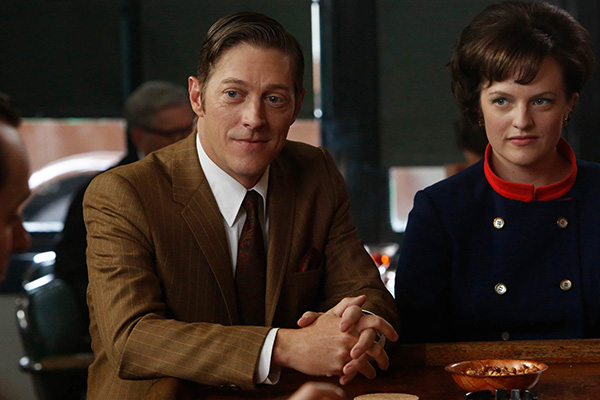 While Don goes off to find... something, the rest of the characters feel like they end up doing the same things they were before, just at a different home now. Roger is Roger, just coasting along while he finds yet another woman to marry (or all people, Megan's mother). He doesn't really grow or change unless you count ending up with an older woman as "change" which, for him, maybe is all we can expect.

Peggy, meanwhile, seems to lose some of the status she'd built up, being just another cog in the machine at the new agency, but the last season doesn't really challenge her in any meaningful way. The biggest development she gets, like with Roger, is love. After her friend and co-worker, Stan Rizzo, professes his love for her, she realizes she loves him too. While it's a sweet moment for the characters, in its own way, it doesn't really feel earned. Up until that moment they didn't seem to have that kind of chemistry at all. This feels like a plot twist that was brought out to give Peggy "what she deserved", but she's a character that's always seemed to care more about her career than other desires. She could go off and start a new agency with Joan, but instead stays behind because it's comfortable. That doesn't feel like Peggy at all.

Joan does the most growth of anyone in these last couple of seasons. She takes her partnership and recalibrate herself into an account woman, picking up Avon before moving onto other clients as well. When the new agency treats her poorly she cuts a deal and walks away. She almost finds love, and then finds a new job she actually really likes, doing things her way leading her own production agency. it's a job she built, and clearly earned, and it makes her happy in a way not much else on the show had before. If any character truly had an arc of growth over seven seasons its Joan and, shockingly, she was much more of a background character for most of the series than you'd expect from these last seasons. She suddenly grew into a protagonist, and it's rightly deserved.

There are highs and lows to these last two seasons, to be sure. I do think the sixth season is the stronger of the two because it has interesting developments and narrative momentum. SCDP merging with CGC so the combined agencies can gain larger clients is a twist that comes out of nowhere and yet feels absolutely perfect. It adds new workplace dynamics, more drama to the show that helps shake everything up. I could have watched a couple of seasons of this combined agency alone before it was even snatched up by a new agency and subsumed wholly. The pace of the sixth season is great, and it really pushes the characters forward. It's in the seventh season that things feel a little flat. 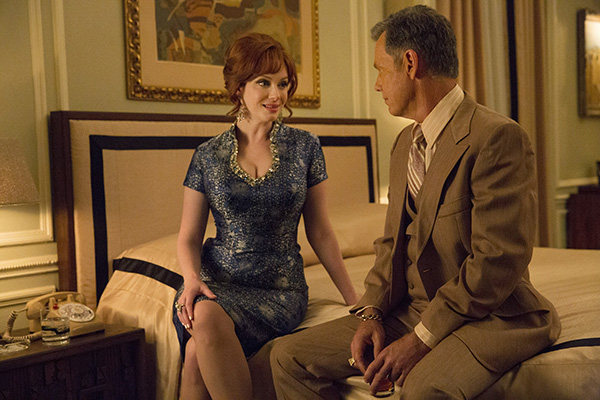 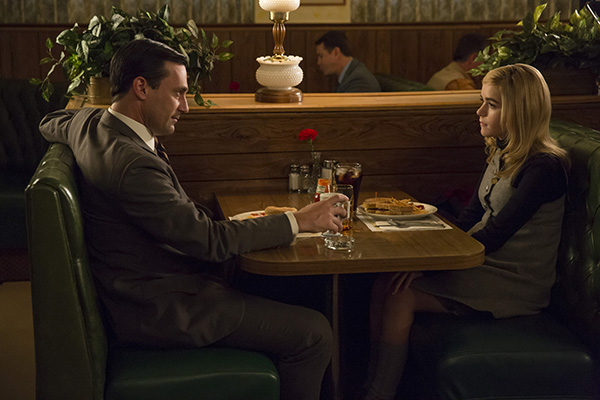 Honestly, the show probably could have ended with the first half of the seventh season and it would have almost been perfect. Everyone else accepts their roles at the new place (except maybe Joan -- push her plot line up a little and she can have her best ending). Then ending with Don just looking out the window during a meeting, getting up, and walking away from his life, vanishing into the ether, that would have been perfect. Don never really existed and, now, he could go back to not existing again.

The whole of the series is great, and there are so many good moments that it's really hard to complain. This is a compelling show that's worth watching (more than one), start to finish. But the last few episodes aren't quite as strong as what came before. Ending a series is hard, for sure, and while the last season is decent it doesn't feel like quite the victory lap the show was looking for. Sure, some good things happen (Betty is about to die, so hurray!), but overall the narrative moment sags a little in the last few episodes.

That doesn't really diminish the whole of the series -- it was fun going through and watching it all again. But as far as tying everything up with a perfect bow, these last few episodes leave everything just a little off. It's almost there... just not quite.