When I think about Mad Men I think about it in terms of eras. I don't mean that as eras of American History as, honestly, this show is very tightly 1960s placed (in large part because the young characters on the show age normally and the show has to work with that, if for no other reason), but in terms of eras for the central advertising agency of the show. We spend more time in the Sterling Cooper Agency than we do at any one character's home at any point in the series. The show is more about the ads, and the agency, than any of the home lives of the series, and you have to watch the show in terms, then, of the evolution of the agency itself. 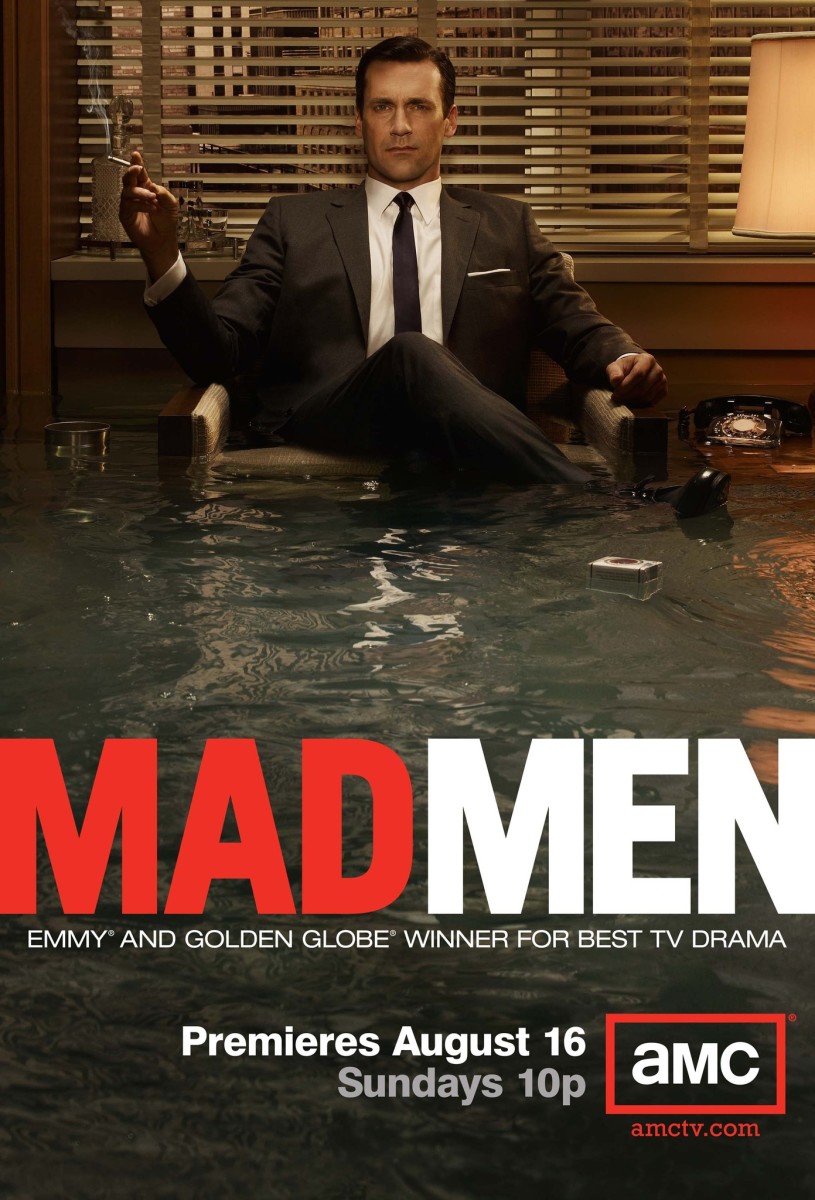 Admittedly that in large part because these characters don't really live in their homes. it's fair to call Mad Men a workplace drama as most of the action happens at work. These people know each other from their jobs and, frankly, if they didn't work with each other they wouldn't bother hanging out. They're work friends, work family, but very rarely do the relationships transcend that. For that matter those, these people are very bad at relationships outside of work, so that tends to make sense.

The first two seasons of the show focused on establishing the characters, introducing us to Don Draper (ne Dick Whitman) and Peggy Olson, the two characters that are the closest to the protagonists of the show, along with the rest of the cast of Sterling Cooper. While all the characters on the show have their own small plot lines (Pete Campbell adjusting to married life, Roger Sterling divorcing his wife of 25 years for a younger woman, et al), it's through Don and Peggy that we see the life of the agency itself. They are the creative, the best at the agency (even as Peggy is only starting out) and it's through them that the creative side of the show lives and dies.

Although each character has their own secrets (Peggy and her pregnancy at the end of the first season, which she gave away; Don and his secret former life before he stole the Don Draper identity), it's Peggy that is the easier character to relate to. Don is a closed book most of the time, even in this third season. He wavers between keeping everything locked down and then lashing out at people for digging too deeply. He doesn't share himself and yet easily rags at people when he's mad, throwing bile in their faces because he can't deal with his own anger properly.

Honestly, Don is a terrible protagonist and, were he anyone other than the true main male lead of the show, he'd be viewed as an antagonist (i.e., someone that causes change in others). He drives Peggy, but what drives him, what motivates him to get out of bed every day and do what he does, remains a mystery most of the time. The only time he ever truly seems happy, and like himself, is when he's with his old friend Anna Draper, the only person who really ever knew the real him (because she caught him in his lies first and accepted him anyway). The rest of the time he's closed off and inscrutable. 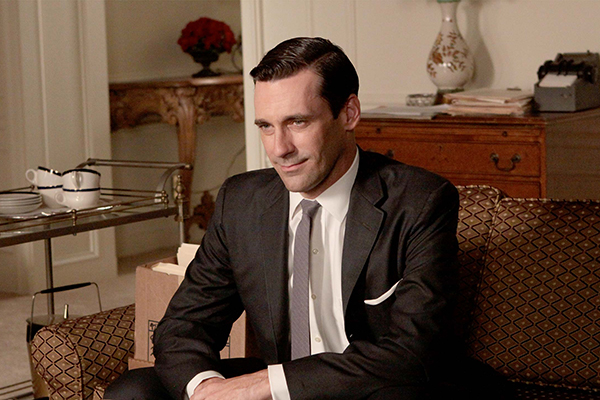 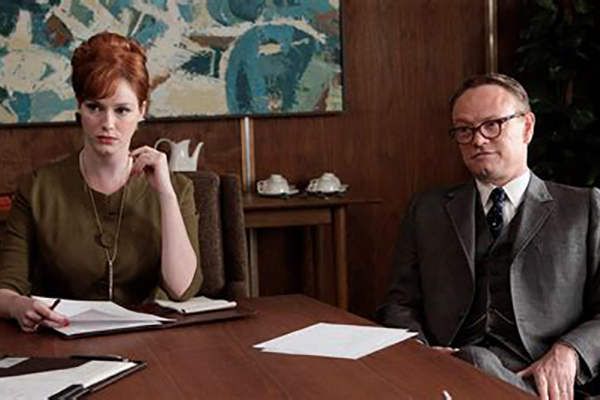 Peggy, though, gets to be a truly protagonist for the show, in large part because she doesn't have nearly as much baggage as Don. Instead, we get to see someone that learns the world of advertising from him, becoming his protege and picking up her cues from Don (which is part of why he makes a much better antagonist). Peggy's trials are different from Don because she's not fighting her past (especially by the third season) but instead battles the world around her. She's a female advertising creative in a male-dominated world, and that has its own issues.

Sexism comes from without and within for Peggy. Although Don respects her, recognizing her talent and fostering it, he doesn't always treat her that way. When he's mad he'll lash out, treat her like a secretary (or worse, sometimes the way he treats his wife), and she has to take that abuse. That's coupled with other execs int he agency treating her like a glorified secretary at times, and then the external clients not always respecting her point of view because she's a woman, and it because a lot for Peggy to weather. The show, though, mines solid drama out of that while growing Peggy as a person.

On the subject of Don's wife, Betty: man, she sucks. The first two seasons were kinder to her, making her seem troubled but placing some of the blame on her isolation as Don was always at work (or off screwing other women). This season she starts to suspect that Don not only isn't who he says he is but also that he slept with at least one woman. She does have a right to be angry in these moments, but the rest of the time she acts like a petulant child. The problem for Betty is that becomes her primary character trait: she's vain, she's shallow, and she has nothing going on other than he childish needs and her inability to keep control. She should be the third protagonist of the show but, man, she's terrible.

I suppose we could single out a fourth "protagonist" and that would be the Agency itself. Last season we saw the partners (without Don) sell Sterling Cooper to a British agency (for a lot of money, in fairness). This season sees the characters deal with having new overlords to report to, along with the introduction of some new characters (such as the wonderful Lane Pryce). Don, though, isn't happy having overlords, and becomes even less happy when he finds out the whole of the agency is being sold again. So he takes action to steal the agency, more or less, out from under the British control and, in the process, he gives the season it's best couple of episodes (which happens right near the end). 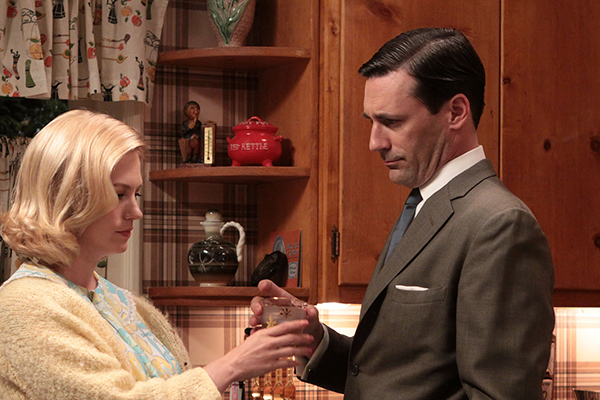 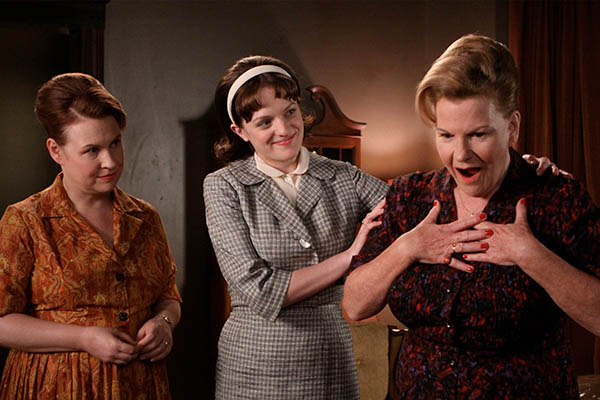 This is why I look at Mad Men through the perspective of eras. The first two seasons introduced up to Sterling Cooper but then changed everything right at the end when the agency was sold. The third season acts as an extension, keeping everything in a familiar place while dropping in a bunch of unfamiliar characters and situations. From here on out, though, things change greatly, and then change again. The Agency goes through a lot of lives (most of them at the behest of Don, our agent of chaos) and we're only on our second by the time the agency blows up. Just trust this will happen again and be ready for it.

Creatively I think that the third season is the best for this show. it adds pressure, introduces some solid new characters, and has enough life to keep things interesting. Later seasons will see some characters get weird, or dark, or too hard to read, but this season gives us the best storylines, and the best insights to go with. This show is great, but this third season is an absolute creative peak, hands down.