The Same Day in a New Office

Figuring out what Mad Men is really about helps to define what we're supposed to be watching for during the length of the full run. One could look at the show as a simple documentation of the ups and downs of a fictitious ad agency. It could also be viewed as a show focused on the evolution of Peggy Olson, the seeming "true protagonist" of the show who goes through the most growth of any character on the show. I think that undersells the other lead of the series, and in fact ignores a major theme of the show: what can truly make you happy? 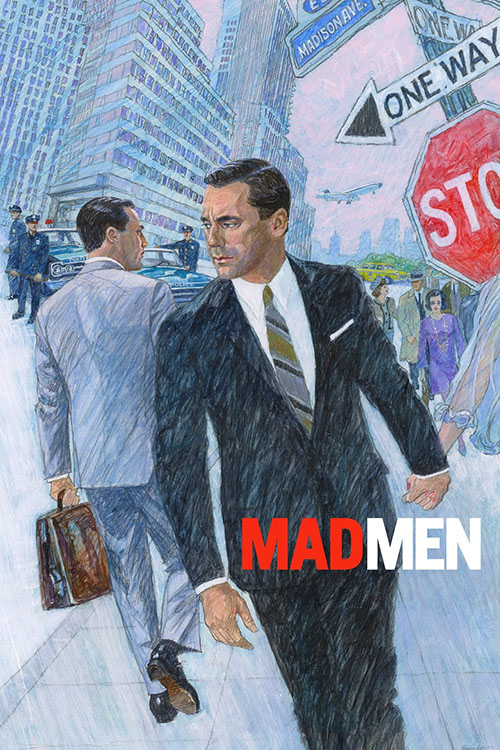 Throughout this series, and especially during these two seasons, you get a growing sense that lead character Don Draper really isn't happy and has no clue how to be happy. He bounces through life, trying to build a life he thinks he wants, to check off all the boxes and do the things you're supposed to do. He steals someone else's life because it makes it easier for him to achieve the life he thinks he should have (while escaping a life that he never wanted as a child). To be who he wanted, effectively, he had to remake himself whole cloth.

And yet that didn't really make him happy. He's constantly undermined himself each and every season, doing things that can only be described as self-destructive, and even here, in this fourth season, after helping to free the agency he worked for from the clutches of a bad corporate parent (at the end of the third season) and then being part of the team that rebuilt it into the new "Sterling Coop Draper Pryce", he wasn't happy. He got what he wanted, in a way, only to discover that it wasn't really what he wanted at all.

That's an interesting theme explored after the character marries his secretary, Megan, and promotes her within the agency to the role of a copy writer (a role she's great at but doesn't love). To get to that point, where he wanted to marry her, he first had to dump a different women that seemed perfect for him, who he told everything to (including who he really was), seemingly forging a deeper bond than he'd ever had with a woman before. Naturally, then, he had to destroy that so he could go be with someone else (a pattern he's show multiple times before) so that he could then try and blow up his life in a different way.

As we see in the fifth season, when Don is truly happy, like he was, working side-by-side with the woman he loved, he really didn't care about his job. Being with someone he enjoyed meant he didn't have to find fulfillment elsewhere. Because of that, though, the facade of Don Draper could be destroyed. He didn't really need to be an ad man because he could just be a husband and live off his wealth. It was only when Megan stated that she didn't want to work in advertising anymore, that she didn't want to be at SCDP for the rest of her life, that Don slid back into being a sad sack once more. The destructive behaviors came back in his personal live and he started retreating from Megan. 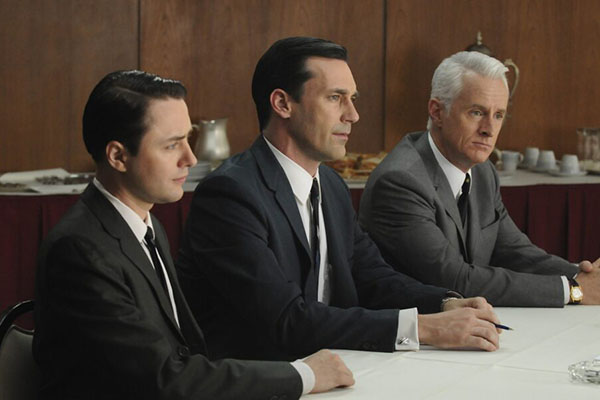 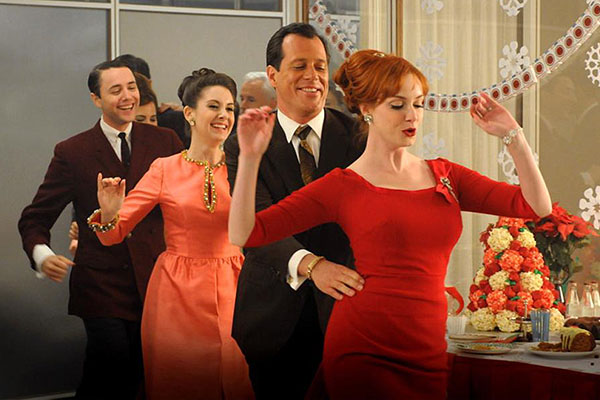 What the series seems to be saying in these moments is that Don is really good at knowing what the perfect life (for the 1960s) is supposed to look like but that kind of life doesn't really suit him. The image of the man in the business suit, going off to work each day so he could come home to his wife in the suburbs, could see his two-point0three kids, and achieve something of that "American Dream", that's all fake. It was an illusion created by men like him, in fact, and as we see on the show, none of the people living that life really want or have it at all.

That then leads to the larger point, illustrated by these two seasons: this show really isn't about watching the characters go about their lives (although that is the meat of of the story is told, yes), but it's showing how the illusions of what you think you want can cloud you to what you really need. Peggy already got herself out of that system a bit by jumping from the prescribed role of secretary to being a copy writer (and then, here, moving up to Copy Chief at a different agency). Most characters on the show, though, never manage to achieve that. They keep going through the same motions, hoping that someway they'll be happy.

Look at Joan. She has a major plot line here where she ends up sleeping with a leads sales man for Jaguar so they can land the account for that car company. Without that man's vote the agency wouldn't get it, but to get the account Joan had to sleep with him. It was gross and icky, but it did get Joan the title of Partner within the agency (as she took one for the team), along with shares of the company and plenty more money. That being said, what truly changes for Joan: she's still treated like the head secretary of the agency after all that, and she ends up with a kid but no husband, still trapped in a world that doesn't really know how to handle her.

Don, though, feels like the true focus of these two seasons, even more so than before, because it's his existential dread that fuels his stories. He can't find his happiness, and then when his best friend, Anna, dies it sends him spinning even harder. Who is he, what does he want, and why is he going through this life he doesn't like? Because people tell him to? Those people are him, in a way, as it's just a life he helps to perpetuate with the very advertising that is the backbone of this very show. He makes it, and then he has to suffer through it. 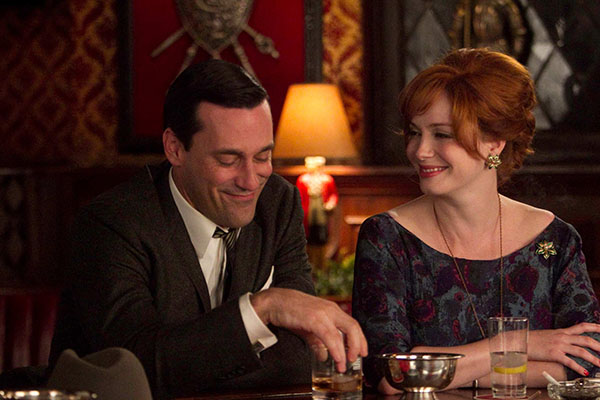 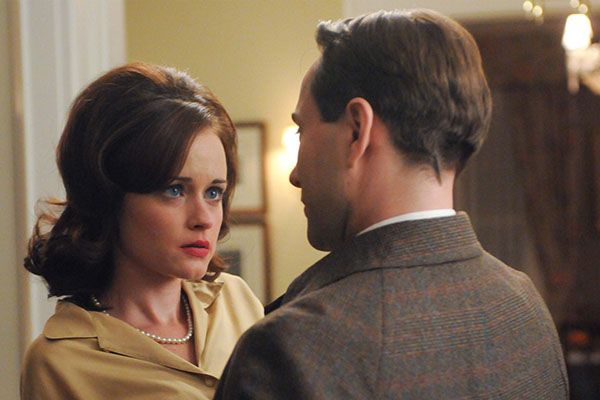 There's a sadness to the show that comes out more and more the longer you watch it. There are ups and downs for each character, great moments and sad endings, but what you really get is the sense that the illusion of the show masks deep sadness. The people on Mad Men don't know how to be happy and that's in part, because they're the ones crafting the public definition of "happiness". How do you truly find the thing you want when you have to keep defining it for everyone else. It's want, it's need, it's desire, and yet truly it's none of that. Perhaps the characters truly can't be happy until they break themselves out of that cycle completely.