There was a time when AMC was known for prestige television. I honestly don't know what's on the channel anymore (I ditched cable a while ago and I don't see a lot of big things come out of AMC anymore), but for a while there there had a lot of great shows that were making a lot of buzz. Mad Men, of course, was one of them, along with Breaking Bad and, my personal favorite, Halt and Catch Fire. There was even a time when AMC making The Walking Dead seemed like a bold move hat would lead to a fantastic, arty zombie series (that time, of course, has long since been deader than a walker). 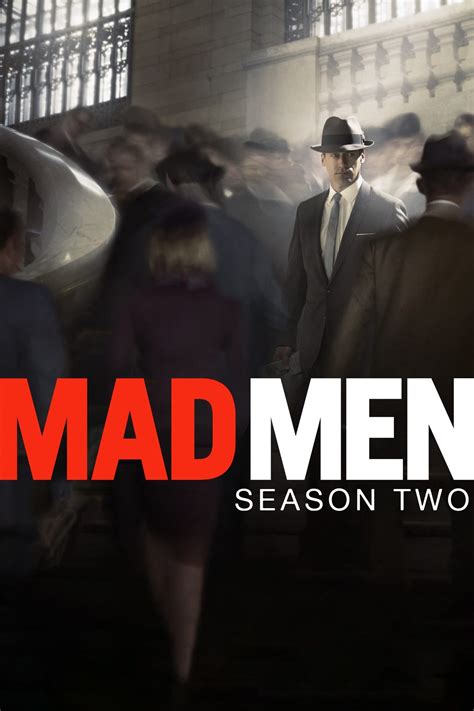 Mad Men was the show that really put AMC on the map. Although not their first scripted series (the comedy The Lot predated it by a decade, and the miniseries Broken Trail came out a year before Mad Men), it was the first show for "American Movie Classics" (as it was then known) that people were actually interested in watching. It was also a solid fit for the network which, up until that point, has seemed focused on broadcasting movies from the Golden Age of Cinema (and shows that talked, or referenced, movies from that era). Mad Men fit because it played in the same era all those movies originated in, even if it was a very modern show.

The premise of Mad Men was simple: we followed the lives of a group of "mad men", the Ad Men of Madison Avenue. The events all took place at the offices of Sterling-Cooper, a fictional ad agency made up for the show (although many of the brands featured in the pitch meetings these men had were very real, from Lucky Strikes to Popsicle). Each episode would find the mad men -- creative director Don Draper (Jon Hamm), a shadowy figure with a past he doesn't talk about; Peggy Olson (Elisabeth Moss), Don's secretary who proves to have a creative mind, becoming the first female copy writer in the agency; weasily Pete Campbell (Vincent Kartheiser), a guy with dreams of stealing Don's job; and many of the office drones working around the agency -- working on one project or another to get a new client. And then we'd cut to their lives at home, seeing their families, their wives, and watching as they reconciled their two lives.

And two lives they all did lead as these are all hard drinking, hard smoking men (and Peggy). The men, living in th era they did, having what we could consider quite backwards, conservative views on women, or other races, on gay people... and yet, when it came to their marriages they were all over the place. Take Don, for example, who regularly sleeps with whatever woman grabs his attention, but when his wife even smiles at another man he gets upset (do as I say, not as I do, in effect). It creates for a show with very complex characters that don't act like big, tough heroes like you'd expect.

I think that's one of the biggest factors working in favor of the show: you really don't know what goes on in the minds of the characters from time to time. They all are clearly motivated by the idea that they have to be the best, to be great at their jobs and provide for their families (and themselves) because that's what's "expected". Despite this (or more likely because of it) they then act erratically and do things they shouldn't (that drink hard and sleep around) as if any of them could be one step away from imploding at any time. 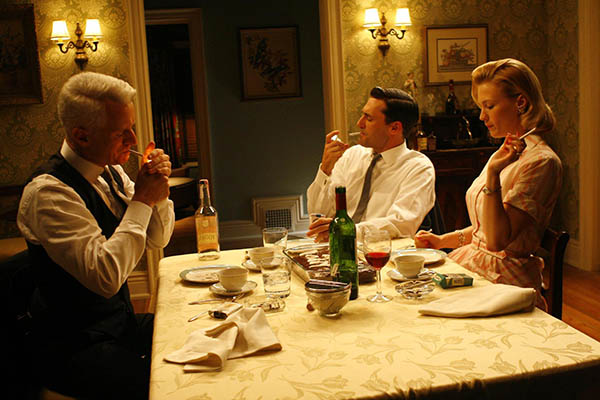 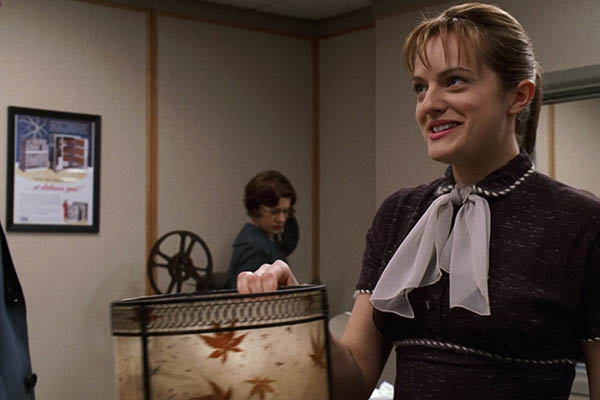 When going through and watching the first seasons of the show I tend to consider season one and season two to extensions of the same story. This first set of episodes across these two seasons has two clear goals. One is to explore Don as a character, to slowly peel back his layers to show just who he really is (he's not actually named "Don Draper", for one thing) and just what is going on with him. While you never truly get let into his mind, the enigmatic lead character does serve as a kind of protagonist, enough so that you do find it satisfying when he succeeds.

The weakest part of Don's story is his time with his wife, Betty (January Jones). Despite them seemingly happy at the start of the show it becomes pretty clear they're toxic for each other. Don doesn't let Betty in and constantly expects her to act perfect even when he's anything but. He'd be an easier character to like when he's at home if he didn't run such a harsh double standard. That said, I really don't like Betty; she's mean, cold, and at times quite cruel. Ye, some of that is a product of how she was raised, the expectations put on her, but still, you want one of them to be better so you have some kind of in, some way to appreciate them both and why they're together.

The other major thread of these first two seasons is watching Peggy go from new girl secretary in the agency to junior copy writer, serving as a kind of protegee to Don. 0eggy ends up allowing the show to comment on its own context, to give us the view of a character who isn't a straight, white male. Every incidence of sexual harassment, every time someone calls her "sweetheart", plays differently because we see her as a character (and not just an extra in the background). Through 0eggy we get to view how hard this world must be for anyone that doesn't look like Don.

Plus, you also gain appreciation for Don and his willingness to not only see her worth as a copywriter but also foster her talent. if Don is willing to take 0eggy under his wing, this despite the fact that women just weren't copywriters, does that make him a better person than we suspected? Sometimes yes, sometimes no, and that gets back the enigmatic nature of his character. And yet, because of 0eggy, we also have a protagonist that we care about, who isn't colored by a shadowy past, who isn't an enigma ninety-five percent of the time. 0eggy makes the show watchable any time it drives you crazy over Don and his behavior. 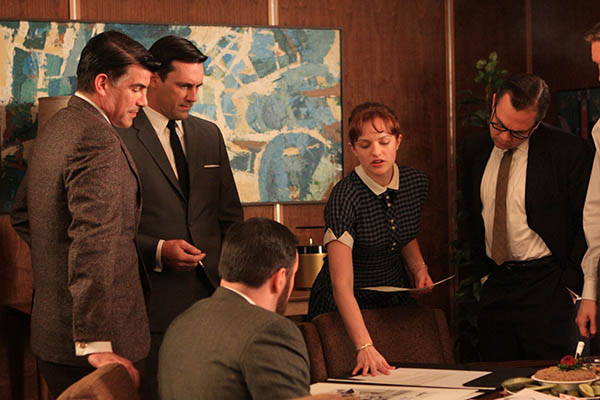 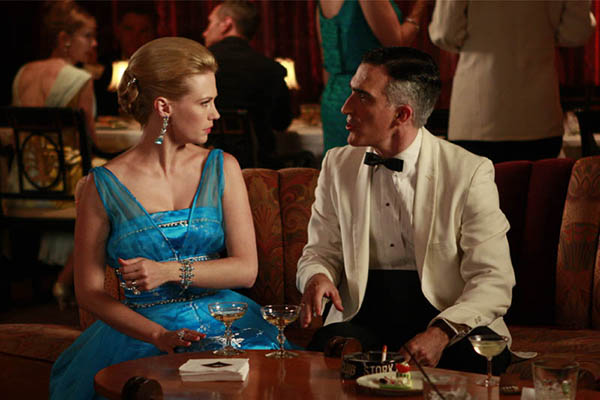 Plus, frankly, the show is just a feast for the eyes. The production team worked very hard to make everything true to the era, from the costumes to the props, and everything shown on the screens of the era. While not everything on the series rings one-hundred-percent true (sometimes you have to wonder, for example, how the real brands feel about their treatment on the show), there's a sense of reality within the bounds of Mad Men that at least makes its version of the 1950s and 1960s feels very real, and very lived in.

What drives the show is, in part, the mystery about the characters. It's also in the way we see people grow and change over the course of these two-plus years. Continuity lasts and changes aren't just reversed, so while the show isn't a classic "serialized story", it does have the persistent reality that builds upon itself. It's not one long story in the same vein as Game of Thrones, and you can appreciate individual episodes for the stories they tell, but the series is also very much about the journey. It's a mood, a feeling, an exploration of a time.

The show isn't for everyone (my sisters all hate it), but if you can get into the time, the place, and the mood, there's something very compelling about Mad Men. And then it blows up its premise leading into its third season and things get different, and interesting, in the episodes to come...