Mix and Match Your Way to Success

We recently discussed Final Fantasy V, one of the few "lost games" in the Final Fantasy series that original came out in Japan on the SNES and then was simply skipped over when it came time to release the series's titles in the West. It did eventually come over, via the PlayStation Final Fantasy Anthology, and its a game that has, over the years, gained quite the following among fans due in large part to the interesting mechanics and systems that make it unique among the titles in the series (especially the NES and SNES era).

Although I don't think most fans of the series would put Final Fantasy V up on the same pedestal as Final Fantasy IV or Final Fantasy VI (even if I actually like it better), it fan-base has stuck with the title. That's evident with the release of the game's open world, fan-made randomizer: Career Day. Created by a group of fans calling themselves Big Bridge Studio (in obvious reference to the big set-piece in the game), the randomizer has a lot to like, showing the love and passion the fans have poured into this new experience.

While we have covered randomizers in the past, I'll take a moment here to go over the basics of the concept anyone just joining us. A randomizer takes a game, in this case Final Fantasy V and mixes up the various bits and bobs within the game. Some stuff will get shuffled (so like all the chests in a game could be shuffled among themselves) while other things could be truly randomized (a monster could have its stats randomized based on its original states and they set to an array of options, so it's not just basic shuffling). An "open world" randomizer takes a game and "opens" up the whole of it from the outset. Some areas may be closed due to the need of an item that unlocks that areas (a "key item"), but for the most part you can fly anywhere and do most anything from the start of the game in an open world rando.

Career Day is one of the most in depth randomizers I've come across. It shares a bit of cultural DNA with Final Fantasy IV Free Enterprise (which we've discussed covering two of its tournaments) and Final Fantasy VI Worlds Collide (which we'll likely cover after I've gone through that game in depth). Free Enterprise is the more popular of the three, but it also has the shortest run-time and (I'd argue) most linear pathing of a rando. Career Day is probably the most complex, and longest, of the randos because of all the checks that are available in the game and just how much randomizing the game will do.

The thing to remember about Final Fantasy V is that it's job system provides a wealth of jobs for the heroes to collect, along with all the skills/abilities that can be learned as those jobs are leveled up. That, coupled with all the weapons, armor, and items in the game leads to a lot of stuff that can be mixed together, and Career Day mixes it all up. Any chest you open could have an item, a weapon, a skill, a job crystal, or a spell in it, so checking every chest, and searching every nook and cranny, is important in this randomizer more so than it may be in any other. Checking the shops is also vital as any of the things we just listed could show up in a shop as well. 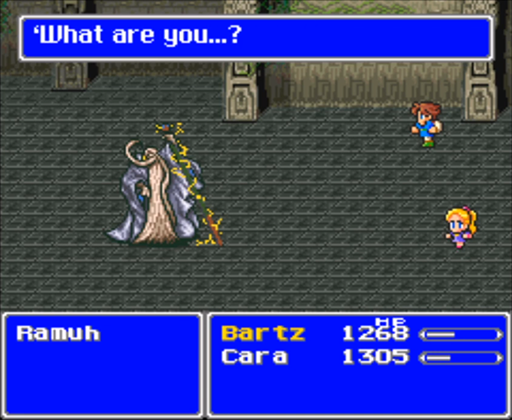 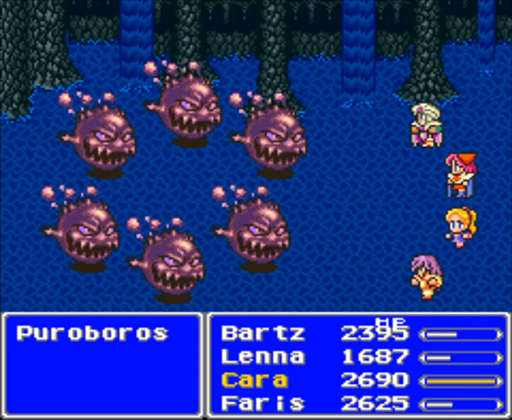 In essence, you have to memorize the map of the game to know your way around and plot your route through any given seed. That's a lot to know considering the dozens of unique dungeons in the game, on top of all towns, and the fact that technically the game has three different overworlds. This is a game that hides a lot of its secrets and to get good at the randomizer you're going to have to learn all of it, getting the whole of the world down so you can navigate it efficiently.

On top of that there's still the matter of all the bosses. As I noted in my review of Final Fantasy V, the game is like a puzzle, more than any other game in the series. With all the jobs (and skills, and spells) available in the "vanilla" game, you were expected to learn the strategies for each boss and find the solution(s) that would unlock the fight and let you progress. That's still the case in the randomizer but now you have to deal with the bosses all being shuffled together. That means you will want to know the general health of each space a boss could be at and also know possible boss patterns and weaknesses. It's a lot.

I honestly wouldn't blame anyone for hearing all about that and thinking this game is just too much for them to handle. That's fair -- while other games in the series have had their obtuse moments, Final Fantasy V expected more of the players than probably any other entry. You had to know the game, or at least be willing to experiment, reload and old save, grind for a bit on a different strategy, and then try again if you wanted to progress. It's a game that seems tailor made for the Internet era when players can check all kinds of resources and maps and learn tips and tricks for each spot before they go in. The randomizer doesn't shy away from that; hell, if anything it embraces that obtuseness and runs with it.

And yet, if you take the time to get into the rando it can be quite rewarding. There's that same buzz you get from the vanilla experience, knowing the systems and the classes and finding the right solution for the right boss. The best part of a randomizer is how it changes the base game and gives you a new experience each time and Career Day is able to do that for a game with a massive amount of breadth and depth. Yes, some classes are still very powerful (with the Samurai/Chemist combo being particularly broken and amazing), but in general you'll have to look at what you have access to, see what boss is next, and learn to plan accordingly. It's fun in its own strategic way. 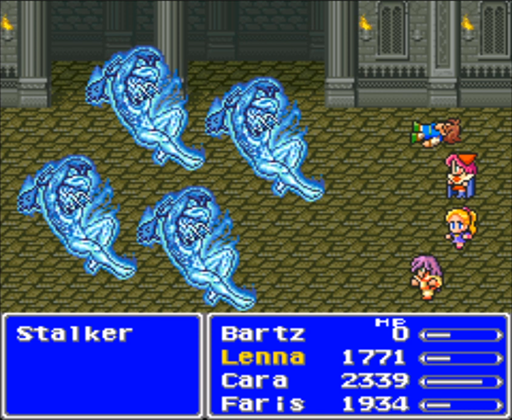 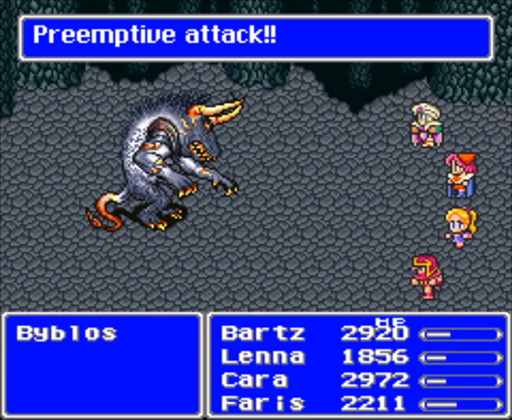 Where I could see recommending some randomizers for just about anyone (and, as fair notice, I'm an admin and artistic developer over on the Final Fantasy Randomizer for the original NES title that launched the series), I don't think I'd say the same for Career Day. It's a great randomizer and anyone looking for a new challenge should absolutely give it a whirl. It's just a lot of work to get into it and if you want to get good (and be race ready for their community) you'll have to invest a lot of time learning the ins-and-outs of the game.

But then you could also just go on an adventure for a few hours and play the game casually. No one says you have to race a randomizer and sometimes the fun of one of these games is simply the joy of exploration. On that front I can't recommend this randomizer enough.