When last we checked in with Final Fantasy IV: Free Enterprise it was in 2018 right at the end of their first Highway to the Zemus Zone tournament. That was a fun affair, a big group battle of 4-player races that eventually lead to quite the heated last pod and a big finish. In the time since the community has put on a second Zemus Zone -- Highway 2 the Zemus Zone -- along with The World Series of Free Enterprise and the Fabul Gauntlet, so as far as their formats are concerned, the community has been doing quite well, growing and evolving. 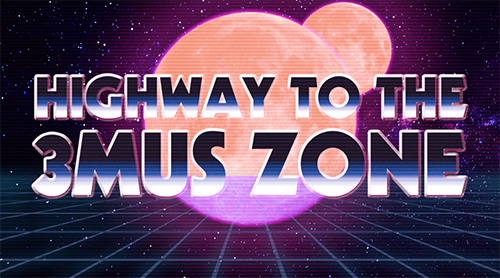 Part of the reason we didn't check in with the tournament for its second iteration was simply because we didn't feel like the game changed that much between round one and round two to make reviewing their second big tournament worth checking in on. It was the same format, the same concept, and while the flags were subtly different, it didn't substantially change the event enough that our review of the first one needed to be revised. That's not the case this time around as the tournament is substantially different in its third iteration, the Highway to the 3mus Zone, and it feels like it changed enough to be worthy of a second review. Maybe it changed too much, frankly.

For those unfamiliar (who don't want to read the previous article), Free Enterprise is a randomizer for Final Fantasy IV (which was released in the U.S. as Final Fantasy II for... reasons). The game takes the fairly linear (but quite fun) Square-EnixFormed from the unification of Squaresoft (home studio of Final Fantasy) and Enix (creators of Dragon Quest) this combined company is the largest game studios in the world. From action to adventure titles and, of course, JRPGs, Square Enix has become one of the biggest names in gaming. SNES-era RPG and turns it into an open-world adventure. The game gives you two characters, an airship, and a wide array of possibilities for where you can go and what to do. Finding your way through the seed (and to whatever end boss you're taking on) is a matter of following the key items, going to the right locations, and figuring out the right "path" through the game.

If you saw the previous iterations of the game you'll know that not a lot has really changed over the years. The game still plays the same, with all the same featured and randomization options you remember. The in-game economy has been balanced some, and some items have been made harder to find (especially if you're playing on the harder, tournament-ready flags), but the game hasn't changed so drastically that it feels like a completely different game. That is except for one major innovation: quests. Where the original iteration of the game had you chasing down the Crystal (the item the makes the end boss beatable) and a path to the end boss, quests added a list of tasks you had to perform before the Crystal would get put into your inventory. It broadened the basics of the game and added some much needed depth.

One big complaint about Free Enterprise (which I think is fair) is that the game is just a big scavenger hunt. You have the world open to you so it's down to where you go, and what you do, that will guarantee whether you find the items you need or are lost down rabbit holes while your opponent follows a more optimal path through the game. The basic format is heavily reliant on luck and while skill plays a part (and big part, sure), whoever was lucky enough to find the key item needed to unlock just the right part of the game would generally win. 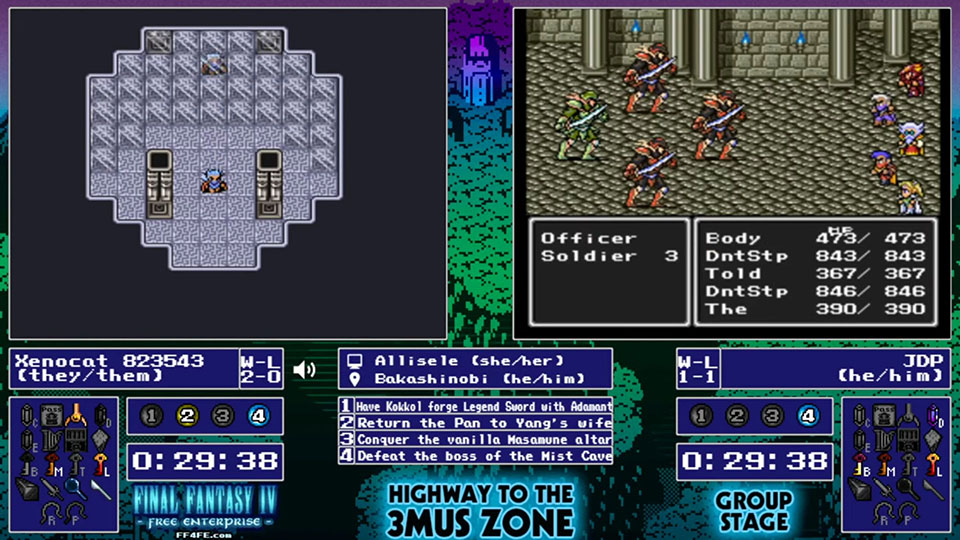 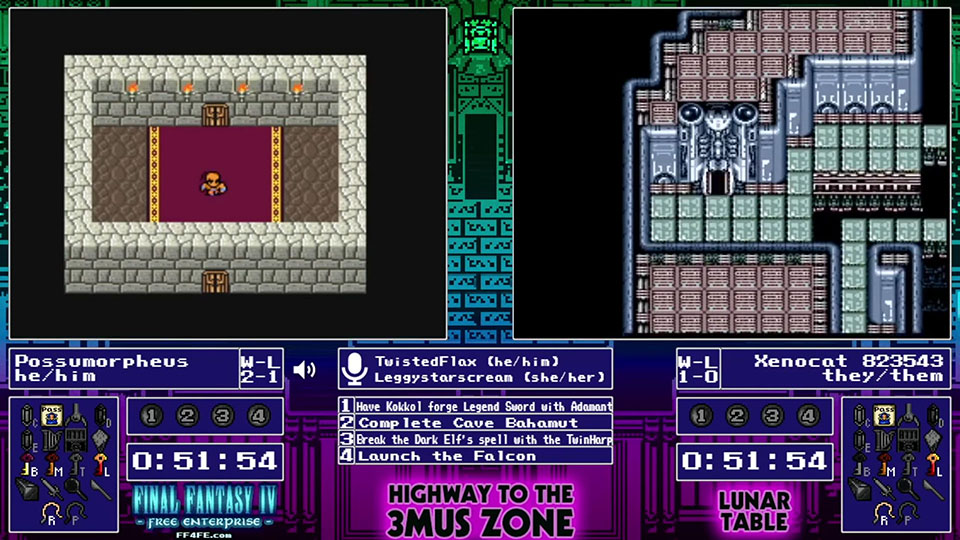 The inclusion of quests does smooth that over some. Players will be assigned some number of tasks (could be as low as one although generally its three to five, with the tournament giving five but only four had to be completed) and they had to complete their list. Because both players had the same list it meant they were following similar paths, helping to reduce the chance of luck winning the day over skill. It does reduce it but it doesn't eliminate it, especially if the seed opens up and the players have multiple options available -- the more options the more likely one player will be luckier over the other and, well, that's all she wrote.

As I noted before, the previous iterations of the Zemus Zone were 4-player pod-style races -- the players would complete in these group races, getting scored based on when they finished their seed, and as some players scored better and better, they'd move on while others would get dropped from the tournament over time. That format changed with the mid-year event, the Fabul Gauntlet, which saw the introduction of quests paired with a more traditional one-v-one format that most tournaments use. Giving players five quests and making they race head-to-head felt substantially different than what had come before in the Zemus events and served as a very nice change of pace.

The misstep, though, comes with the 3mus Zone. Instead of bringing back the 4-player pod format, this third iteration riffed on the one-v-one format of Fabul, making it feel like a 1.5 edition of that Spring event. That means that, in the course of a single year, we had to different events that were effectively the same in function and style. That's a whole lot of the same thing for a single year.

Worse, this third Zemus Zone was a very long tournament. Having been a part of other randomizer communities, I know that player burnout can get pretty bad the longer a tournament goes on. Hell, the most recent Final Fantasy Randomizer Spring Tournament saw player burnout after just six weeks, and the players were only expected to race once a week. In comparison, 3mus Zone went on for over four months with a ridiculous number of games spread out over all the weird loops and whorls of the format. 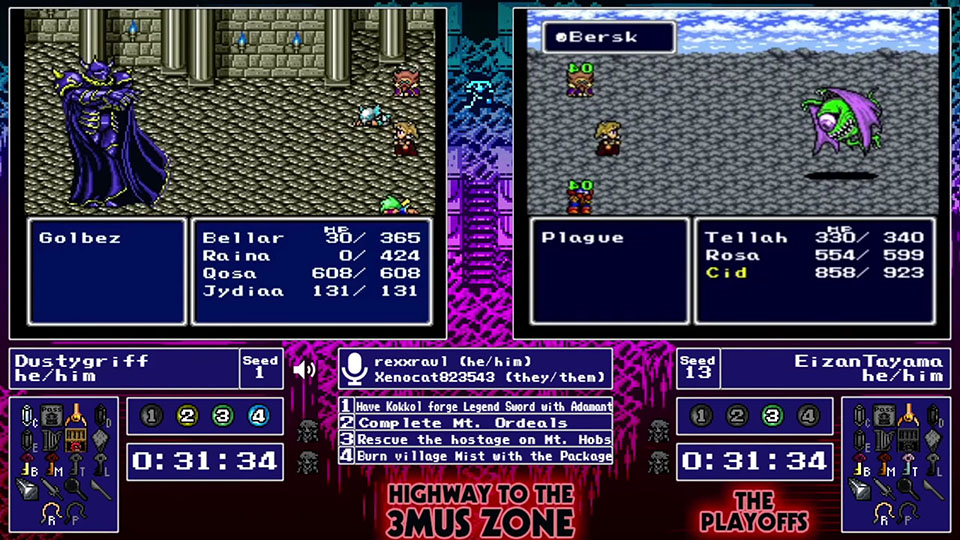 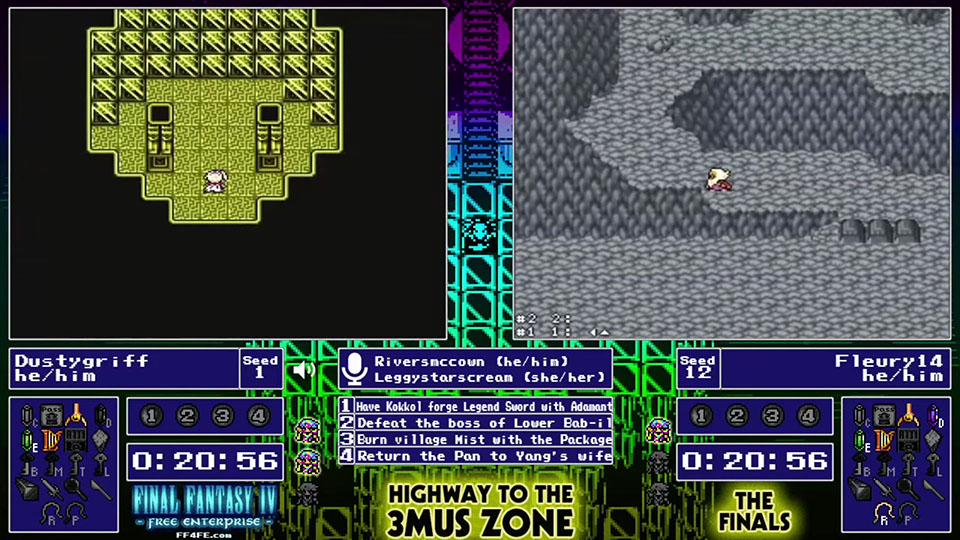 That's something even the Free Enterprise community has pointed out: the format for this third big event was ridiculous. Everyone started off in a general stage and, depending on how you did there you either moved on to the final tables immediately (if you got a perfect score across your early games), or you were split into one of two side routes, Magma or Hook. Your performance there would either send you up or down in your route before dumping you at the Lunar Table with all the perfect players. Then you had to get through that before you go to the Playoffs, and then that led into Brackets and Finals. That's a lot of stages to get through a tournament, and to explain it all the community had to put together a giant flowchart. It was just silly.

It was also hard to follow because, for most of the tournament you never knew if the people you were watching had any real chance of making into the back half of the tournament (or what that even meant, really). I watched all the games that were streamed and posted to YouTube and I still can't tell you if organizing the event like this helped or hindered players. It certainly hindered comprehension, though, and left most of us confused, simply in it to watch some action while we waited for the next format change so everything could get explained to us.

The biggest strike against the tournament, though, is the fact that it remained one-v-one throughout. While I liked the format of the Fabul Gauntlet, I liked it even more because it was different from what came before in the community. Getting rid of the 4-player pod format for this third big event made it feel less special, more like just another version of Fabul, and it meant that we basically had an entire year (Fabul and 3mus) of the exact same kind of tournament. I don't know if the players are feeling burned out at this point but I certainly am.

I appreciate the community changing things up and trying to prevent their formats from getting stale. And I still like watching the game because there's a lot of variety and fun to be had in this randomizer. I just think, as they're planning out next year's events, maybe try and differentiate whatever they do in the Spring from their big, Fall 4mus event. There's a lot of life and fun to be had in Free Enterprise, and the one off games are great, but between a mix of samey format from the Spring event, mixed with an incomprehensible tournament format, this third Zemus Zone is more of a misfire than a success. It was a good try, ladies and gentlemen, but maybe takes us back to the format of old for next Fall.